Yet another successful venture is in the making for the Twisted Twins. As twin horror directors Jen and Sylvia Soska, also known as the Soska Sisters, complete their upcoming remake of David Cronenberg’s Rabid, they have now signed a deal with Martin Katz’s Prospero Pictures—a production company who worked on Cronenberg films such as Spider and A Dangerous Method.

This deal indicates that Prospero Pictures have first rights to pick up any movies or television series created by the sisters. In a recent tweet, the twins tease their fans with the line “Wait til you hear about the films” suggesting ideas are already in the making.

The Soska Sisters and Cronenberg share many similarities in their styles, both often directing films based around ‘body horror’. The story of the upcoming Cronenberg remake Rabid gives a very telling insight into the types of film to expect from the twins. The movie follows a woman, Rose, who after an accident undergoes experimental surgery that leaves her bloodthirsty and dangerous, unknowingly harming her victims for blood and in return leaving them as insane creatures when they wake. This remake is a long-awaited movie for fans and is likely to be released late 2019. 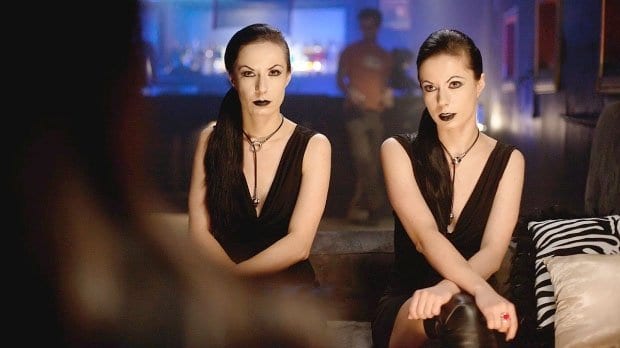 As a huge Soska Sisters and David Cronenberg supporter, I can’t wait to see what’s in store following the contract with Prospero Pictures. The twins have worked incredibly hard to create their films with hardly anything or anyone to help them in the process. They have achieved great success because their ideas are incredibly unique, are very talented directors; they understand how to captivate an audience, and have their viewers experience the events in their stories. If any director deserves this deal, it’s them. The sisters are most known for their 2012 picture American Mary and have been working on Rabid since 2016. It’s no surprise to me that they’ve been discovered by Prospero, which is a production company that has worked alongside Cronenberg for years.

In a statement by Katz, the president of Prospero Pictures, and released by The Hollywood Reporter, he states that “The Soska Sisters have set a new standard for female-driven genre film-making and we are so excited to be in business with them for the long-haul.”

The twins responded to this statement with “Marty and Karen just viscerally understand the kind of elevated genre we’ve been making all our lives. We want to make all our movies with them.”

This new revelation keeps me in high hopes that we can expect a lot more exciting news to come from the Twisted Twins, and we here at 25YL are eagerly waiting for whatever may come next.