In the late 1950s and early 1960s, British culture experienced a movement that started depicting social realism in its films, theater, and novels. This new style of art centered on the plight of the working class, a group of people who had previously mainly been used as comic relief in the high-end British dramas of previous eras. Known as ‘kitchen sink realism’, this genre focused on the harsh realities of everyday life in England. Social issues such as poverty, teen pregnancy, interracial romance, and homosexuality were portrayed with aplomb. The general public finally saw their lives accurately depicted onscreen in films such as 1959’s Room at the Top, 1960’s Saturday Night and Sunday Morning (starring celebrated stage and screen actor Albert Finney), and plays such as author Shelagh Delaney’s 1958 play A Taste of Honey.

In 1961, Shelagh adapted her play into a film that became one of the quintessential examples of the kitchen sink drama. And boy, this movie’s got it all! Its plot reads like a laundry list of heretofore taboo subjects in British culture. Is this really how the working class Briton lived their lives? A Taste of Honey is a favorite film of the singer-songwriter Morrissey (famous for being the lead singer of 80s band The Smiths and for his subsequent prolific career as a solo artist). Morrissey went so far as to ‘borrow’ lines from the movie and use them in some of his early song lyrics. I’ve been a huge Smiths/Morrissey fan for the past 25 years and I’d never gotten around to seeing the film that influenced his art so much, so I figured that a viewing was long overdue. So join me in the double decker bus as we travel back to Northern England, circa 1961, and look into this classic movie! 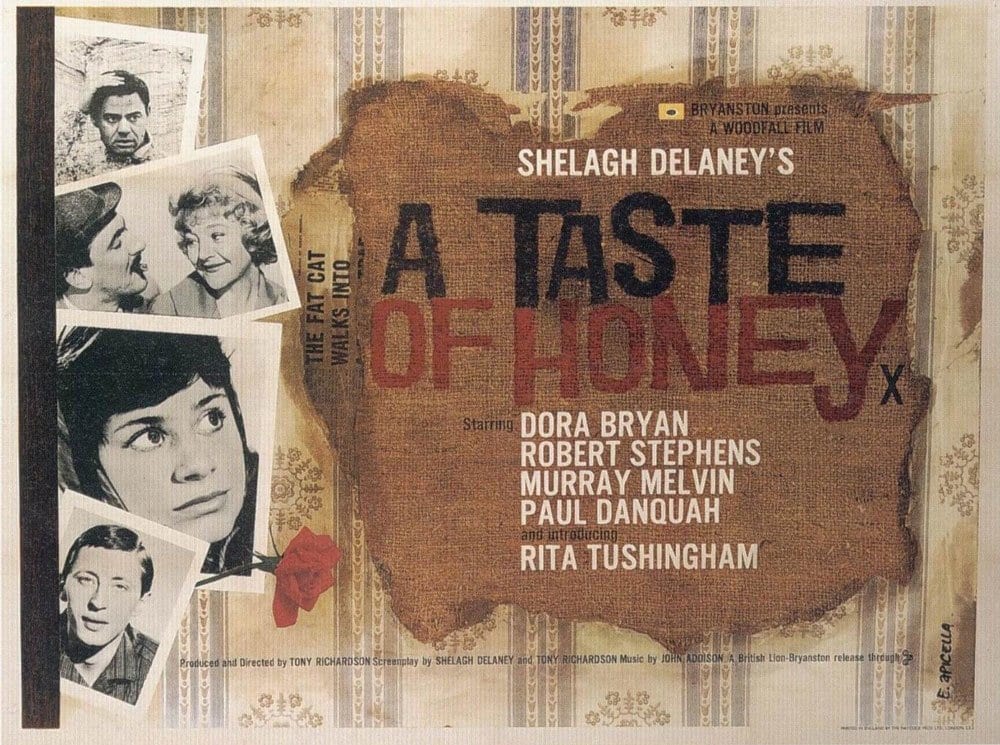 A Taste of Honey tells the story of 17-year-old Jo (played by Rita Tushingham), a schoolgirl on the cusp of graduating high school. Jo is plucky and poor, living with her mother in a cheap apartment (or ‘flat’, if we are really going full steam ahead with British terminology). They live in Salford in Northern England, which is a part of the Greater Manchester area. Jo’s ambitions are the same as most poverty-stricken students of the time upon graduation—find a blue collar job with decent pay and move out on her own. I feel for this girl. She and Mum are always getting behind on rent and moving around town like gypsies. At the start of the film, they even skip out on their debt to the landlord by sneaking out of a window with whatever possessions they can fit into a few bags. They move into a new place just across town which is basically just a studio apartment and poor Jo actually has to sleep in the same bed as her mother! Kids today get upset if their WiFi is too slow. They don’t know what real hardship is until they have to share a blanket with dear old mom every night. Mum likes to go out at night and live it up, carousing with men in the local pubs, leaving Jo on her own to sulk and walk around town, looking gloomy. During one of her bored excursions around the Manchester Ship Canal, Jo has a meet cute with Jimmy, a black sailor. Jo and Jimmy frolic and fall in whatever kind of love it is that can happen in like two weeks. They have sex before he sails away, never to be seen again (I’m sure you can tell where this is all headed, but more on that in a minute). 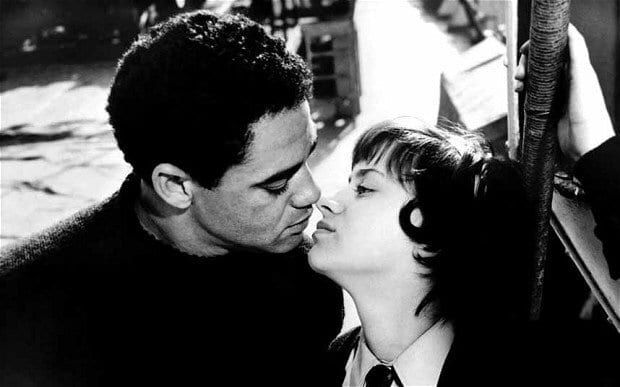 Meanwhile, Mom gets married to a younger guy named Peter. Jo’s dislike of her mom’s new husband prompts her to get a job at a shoe store and move out on her own, to an equally dumpy apartment. She meets homosexual Geoffrey at the shoe store and starts hanging out with him, leading to Geoffrey becoming her roommate. Then the real melodrama ramps up when (surprise!) Jo finds out she’s pregnant with the sailor’s baby. She and Geoffrey spend the rest of the movie trying to prepare for the baby in their unconventional living situation. Also, Peter turns out to be a jerk and divorces Mom. So now Mom is in the picture again, trying to push her way back into her daughter’s life while criticizing her lack of judgement at the same time. Does this sound like an ancillary plot on The Young & The Restless to you? Yep, this movie is soapy as hell. 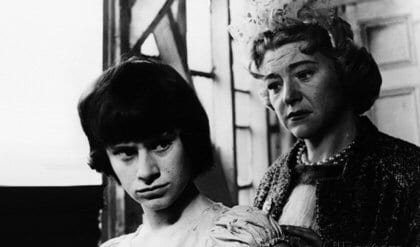 I’m not sure if this film reaches ‘classic’ status for anything other than its social implications at the time. It’s well-acted and the script is full of quotable lines that come off as morbidly funny observations on life. The cinematography is efficient enough to give the viewer a sense of what it must have been like to be living in Manchester during this era. But is this a story with any importance in the grand scheme of things? It plays almost like the extended pilot episode of a new weekly soap opera. For all of the ‘scandalous’ shenanigans, the story moves along at a snail’s pace. Jo doesn’t find out about she is pregnant until two thirds of the way through the film. Until then, we are just following her around, watching her live a largely ordinary (yet amusingly sardonic) life. After the pregnancy bombshell, I kept waiting for an explosive ending to hammer home some sort of message. Instead, the film ends on a quiet, bittersweet moment that is effective yet seems tailor-made to set up a sequel that never came. 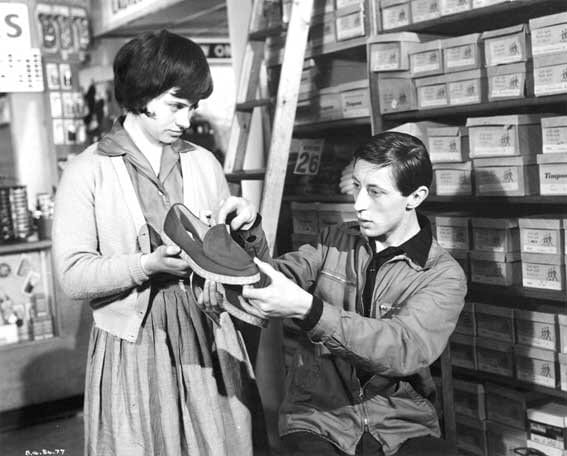 The real meat of any kitchen-sink drama is the shocking social issues contained therein. Here’s the Taste of Honey Scandal Checklist: 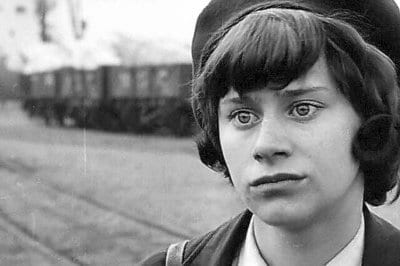 From the Taste of Honey Scandal Checklist of 1961, only abortion is still a hot-button issue today. Poor people, interracial couples, unwed mothers, and gays are depicted in media all the time. I feel that to really appreciate this film, you have to set your mind’s dial back to the sensibilities of life in 1961. This movie was probably whispered about in dark hallways back then, its transgressions being a major part of its appeal. In 2019, the film plays as a light melodrama, not nearly edgy enough to compete with the stories being told on Shameless. That being said, the film does have its charm. The dialogue by director Tony Richardson and Shelagh Delaney is very well-written, full of wry observations on life, some of them very dry and humorous. I’m curious to see what the original stage production was like because from what I’ve read, it was much more harsh than the toned-down movie version (in the original play, Mum was a hardcore alcoholic and some of the characters had a much more negative response to the interracial romance). 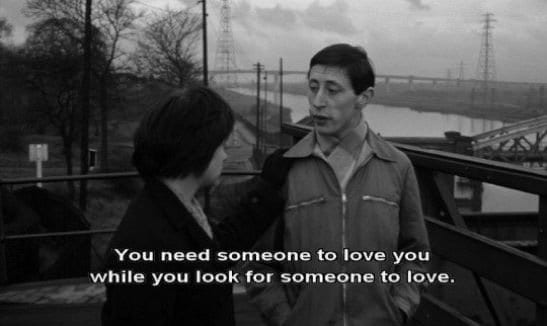 Other things I thought about while watching this movie 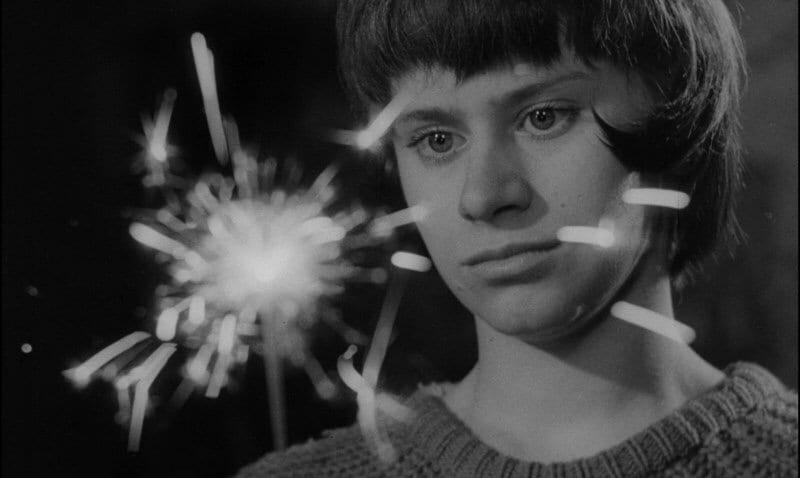 A Taste of Honey is available on DVD and is currently streaming on the Criterion Channel.