I wasn’t sure what to expect from the new Hulu Catch-22 miniseries, starring George Clooney, Christopher Abbott, and Kyle Chandler. I had read Joseph Heller’s 1961 novel back in college but didn’t remember a ton from it other than it made me laugh a lot (and that there was a character named Major Major). While the TV version of Catch-22 does feature a good deal of dark humor, it also has a number of moments that are truly devastating.

Catch-22 follows bombardier John Yossarian (played by Abbott), who is stationed on a small Italian island during World War II. Right off the bat, even during training, it becomes apparent that Yossarian (nicknamed “Yo-Yo”) wants little to do with the war. He says he signed up as a bombardier because the training would last the longest with the hope that the war would be over by the time he finished the training. And he repeatedly comes up with fake ailments with the hopes that the squadron doctor will send him home. 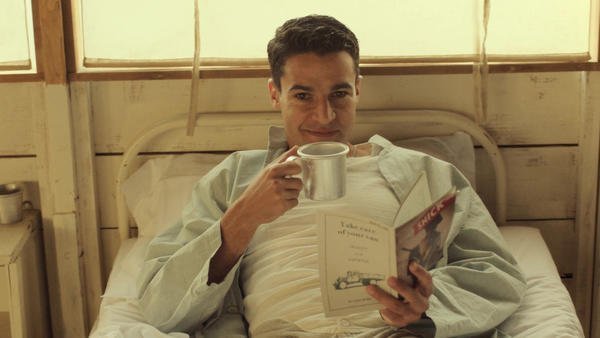 But the irony of Yossarian desiring to be sent home, which at times results in others calling him a coward, is that he’s actually a very good soldier. He leads the B-52 bombers, with the others relying on him to give the “bombs away” announcement. Yossarian hates being a bomber. He wants to go home. But he’s good at it, which helps prevent him from leaving. And it seems every time Yossarian thinks he’s about to go home, his required number of missions is increased by five.

This is one of many cases of circular contradictions and no-win situations found in Catch-22. Perhaps the most on-the-nose example comes during a discussion between Yossarian and Dr. Daneeka about whether a soldier’s sanity would determine whether to ground that soldier. The doctor tells Yossarian about the “Catch-22” conundrum: “Anyone who wants to get out of combat duty isn’t really crazy. Catch-22 specifies that a concern for one’s own safety in the face of danger—real and immediate—is the process of a rational mind.” Yossarian’s fellow soldier Orr is crazy, the doctor says, and he can get out of flying combat missions—all he has to do is ask. But, as soon as he asks, he’s no longer crazy, and so he has to fly more missions.

These satirical endless loops of absurdity are at the heart of Catch-22. But I found the show to be effectively powerful at taking some of the absurd moments and flipping them in a blink of an eye to something tragic.

Early on in the show, Henry Mudd, a new recruit, drops off his bags in Yossarian’s tent and asks for directions to the administrative check-in area. Yossarian mistakenly tells him to go to the wrong tent, and Mudd walks into a room of higher-ups. Among the chaos, a superior officer assigns Mudd to a mission as a tail gunner.

At first glance, this is a comical moment of misfortune. But then later we learn Mudd’s plane was shot down and he died before he was able to even unpack his bags.

Scenes like this in Catch-22 bring home the dangers of war, showing us that many of the soldiers killed were simply kids. And Yossarian points out that the Germans aren’t the only enemy in the war. “The enemy is anyone who will get you killed,” he says, which includes his superior officers.

Yossarian tragically loses his friends, one by one. He witnesses a fellow soldier rape and murder an Italian woman, only for it to be covered up by the higher-ups. But in the event that finally breaks Yossarian, he tells a young soldier who is on his first mission to avoid the tail gun area in the plane. He was trying to protect him after one of Yossarian’s friends was killed in the tail section. He told the new soldier to sit in the middle of the plane, where he suffers a fatal spray of bullets through his midsection. The boy dies in Yossarian’s arms.

Bloody and naked, Yossarian walks through camp in a different headspace. He appears to have discarded his fears and worries along with his clothes. In a sense, he has gone home. Yossarian even performs his bombing missions naked, as the show ends with his plane flying into a beautiful sunset.

What Worked and What Didn’t in Catch-22

Overall, I think Catch-22 is worth watching. Abbott does a great job as Yossarian, and I’ll pretty much always be happy to watch something with George Clooney and Kyle Chandler. Both were very entertaining in Catch-22, as Scheisskopf and Colonel Cathcart, respectively. 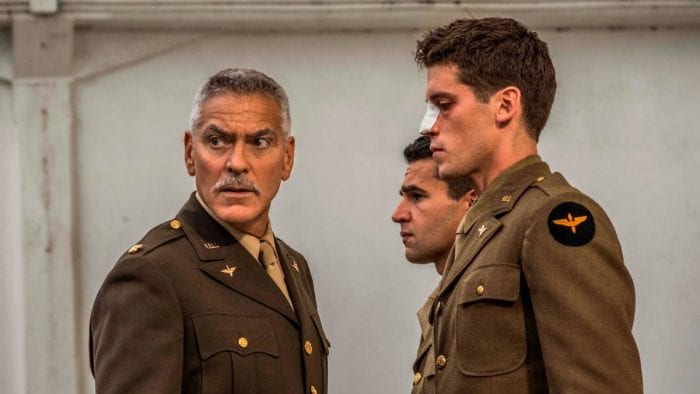 The combat scenes are very well done, with intensity and devastation. Many of Yossarian’s missions had me holding my breath, hoping he’d hit his target while also avoiding being shot down by the surrounding blasts popping like fireworks.

The cinematography was gorgeous, and I also found the soundtrack—which features a lot of jazz and big band music—to be fantastic.

I did have a few issues with Catch-22, however. The show features basically zero fleshed-out female characters. The women characters in the show, other than nurse Duckett, primarily are portrayed as sex objects, without much depth.

In addition, I thought some of the scenes involving the mess officer Milo to be a little repetitive. I did enjoy his initial plot to become mess officer and thought it was funny how he often found himself trying to talk over loud plane noises. But I found myself hoping to get back to the other characters during his portions.

Catch-22 is funny, yet heartbreaking. It’s intense at times and serene at others. Its satirical anti-war message can still find relevance today. And at only six episodes, Catch-22 is worth your time.