After four previous Oscar nominations, we are thrilled to hear that David Lynch will finally receive an Academy Award for his services to Film. The Board of Governors voted on Saturday 1st June to present Honorary Awards to David Lynch, Wes Studi, and Lina Wertmuller. Geena Davis will receive the Jean Hersholt Humanitarian Award. This year’s awards are a reflection of the Academy’s current emphasis on diversity. The non-televised award ceremony will be held at the Ray Dolby Ballroom at Hollywood and Highland on October 27th. Oh, to be in the room to hear Lynch’s acceptance speech as it will surely be something to behold.

David Keith Lynch, (born January 20, 1946, Missoula, Montana), is known for his uniquely disturbing and mind-bending visual work. His films juxtapose the cheerfully mundane with the shockingly macabre and often defy explanation.His first full-length feature film Eraserhead which he wrote, produced and directed, was released in 1977. In his 42 year career thus far, Lynch has personally been nominated for Directing and Adapted Screenplay awards for The Elephant Man and for Directing Blue Velvet and Mulholland Drive. The Elephant Man received a further six Oscar nominations. 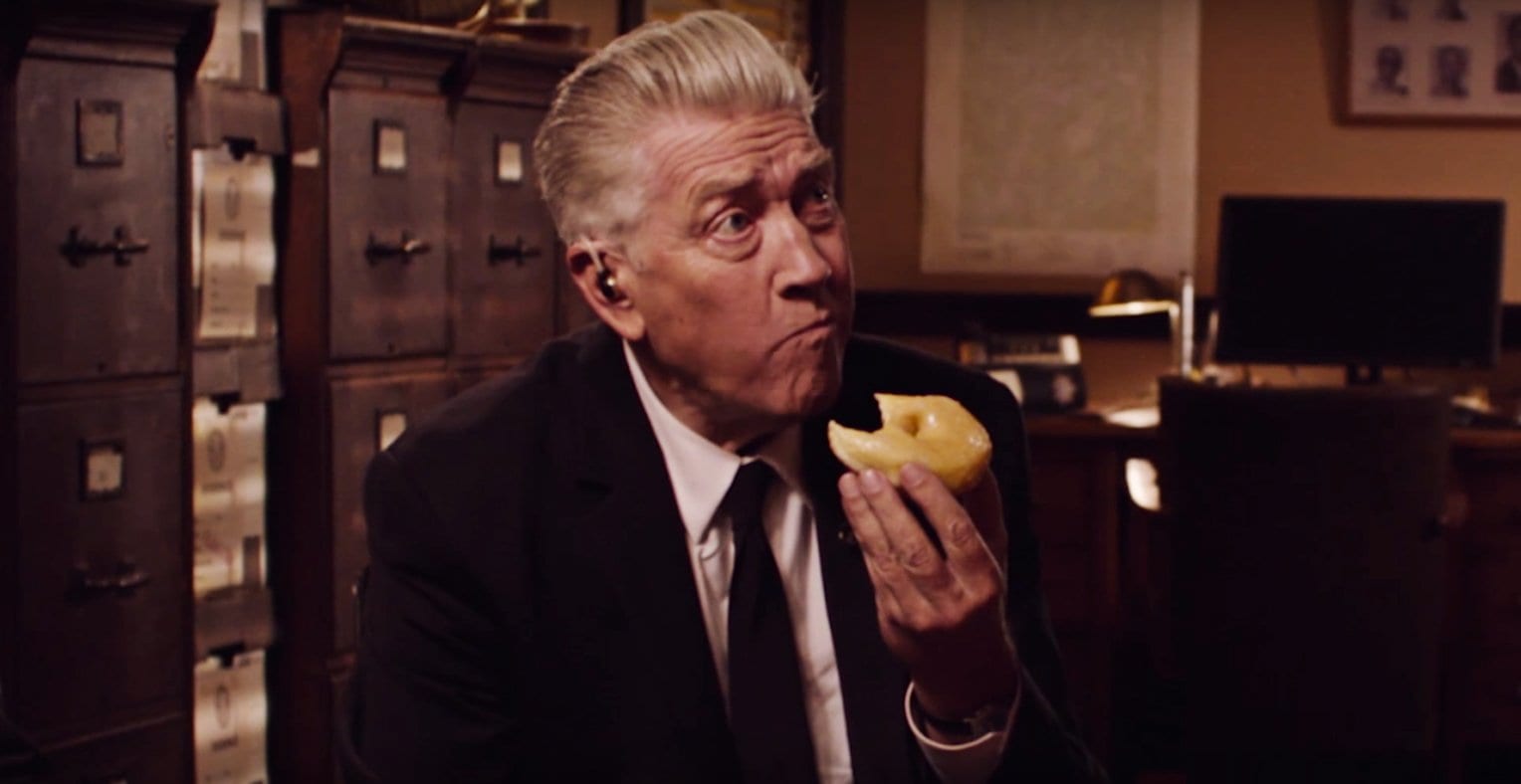 His early ambition was to become a painter, and, after graduating from high school (1964) in Alexandria, Virginia, he enrolled at the School of the Museum of Fine Arts in Boston. He later (1965–69) studied at the Pennsylvania Academy of the Fine Arts. There he created his first film, a 60-second animation entitled Six Men Getting Sick (1967), for an experimental painting and sculpture contest. In 1970 Lynch became a student at the American Film Institute’s Center for Advanced Film Studies, where he began working on his first feature film, Eraserhead (1977). Shot over a period of a few years, the hallucinatory film baffled and repelled critics and many viewers, but it eventually became a cult favourite on the midnight movie circuit.

The film’s surrealist artistry led to Lynch being hired to direct the critically acclaimed The Elephant Man (1980), based on the real-life Joseph Merrick, who suffered from a condition that caused massive disfigurement. The film won several awards, and Lynch was nominated for Academy Awards for best director and adapted screenplay. Dino De Laurentiis then hired Lynch to adapt and direct the Sci-Fi epic Dune (1984), a film adaptation of the classic novel by Frank Herbert. Lynch conceived, wrote, and directed Blue Velvet (1986), an unsettling and surreal mystery that was widely regarded as a masterpiece and earned him another Oscar nomination for best director. The world really began to notice him, however, with the wonderful and strange television mystery/soap opera Twin Peaks (1990–91 and 2017), which he created with Mark Frost. The show earned a devoted following (of people like us!) and became a cultural touchstone.

Wild at Heart (1990), Lynch’s adaptation of Barry Gifford’s novel about a young couple who take to the road, pursued by various hit men and find love in hell, won the Palme d’Or at the Cannes film festival. However, Twin Peaks: Fire Walk with Me (1992), a prequel to the events of the TV show, was less well received at the time of release—but is now considered (at least by fans) to be one of his greatest accomplishments. His depiction of the last seven days of Laura Palmer’s life was hugely influential on the 2017 Twin Peaks revival on Showtime. While it was screened as a TV show, it was, in essence, an 18-hour film; an achievement no other director has attained.

In addition to writing and directing Twin Peaks, he also starred in one of the main roles as Gordon Cole, Deputy Director of the FBI. There is no end to the talents David Lynch has, and he does everything with a great sense of humour. It is his ability to make people laugh, cry and delve deep into thought, that makes his work so popular.

His later films included the stunning and scary, Lost Highway (1997) and The Straight Story (1999), an unexpectedly simple film based on a true story about an older man who rides a lawnmower several hundred miles to visit his brother. In 2001 Lynch wrote and directed Mulholland Drive, a surrealist thriller set in Hollywood that was initially intended to be a TV series. He was named best director at Cannes and later nominated for an Oscar. He also wrote and directed Inland Empire (2006) as well as numerous short films.

Lynch famously set up a chair by the side of the road on the corner of Hollywood Boulevard and La Brea and sat, beside a cow, next to a large still of Laura Dern touting her for an Oscar “for your consideration” for her role as Nikki Grace in Inland Empire. Sadly, she didn’t win the prize that time—but full marks to Lynch for ingenuity.

In addition to writing and directing, Lynch often served as a sound designer and composed music for his films as well as his own album releases. He also continued to express himself as a painter, photographer, and installation artist, and his works were exhibited in a retrospective in Paris in 2007. Lynch has many weird and wonderful commercials under his belt and Room to Dream, a memoir/biography that he wrote with Kristine McKenna, was published in 2018.

David Lynch will also be taking over HOME during this summer’s Manchester International Festival. The Festival takes place from Sat 06 July – Sun 21 July and showcases some of Lynch’s rare short films and artwork, feature films directed by the man, plus films that inspired him.

25 Years Later exists because of David Lynch. It was Twin Peaks that brought this team together two years ago. Our love for his absurd ideas, abstract visuals, and transcendental stories inspired us to create. His characters ooze charm, complexity and we can relate to them despite, or even because of, their oddities. The pain and joy Lynch transfers to the screen, into his music and his art is incomparable to any other filmmaker in history. We at 25YL are delighted that he is finally receiving the recognition for such tremendous accomplishment. And, of course, we hope that this award will persuade him to make a new film or even another season of Twin Peaks! There is always room to dream. 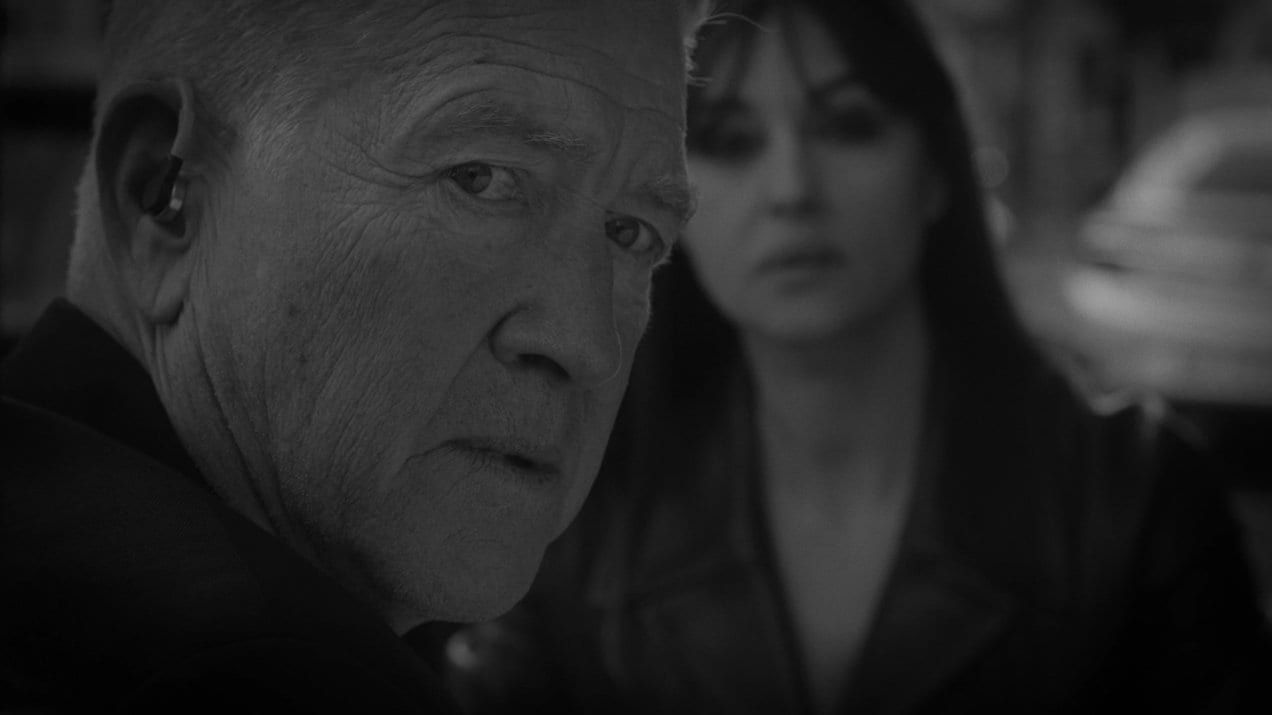