I doubt that I will ever write a review of a film more confrontational and delightfully vile than John Waters’ 1970 trash masterpiece Multiple Maniacs. This was director John Waters’ first proper motion picture. After releasing a few short films and his first—mostly dialogue-free—feature Mondo Trasho (still unavailable on DVD due to prohibitive music licensing fees), John borrowed $5,000 from his parents and rounded up his ragtag group of friends to make his first true ‘talkie.’

Shot on grainy 16mm B&W film stock, Multiple Maniacs broke every convention of modern day cinema. There aren’t many films considered shocking in the 1970s that retain their scandalous reputation almost 50 years later, but this movie may be the exception. Multiple Maniacs stands as a high watermark in camp and gay culture. Its reputation as a tawdry B movie good for a few cheap laughs belies its deserved recognition as a trailblazing film full of irreverent social commentary. This is ‘low’ art that is so firmly entrenched in the gutter that it somehow transcends its meager limitations and becomes a type of high art. And, above everything else, Multiple Maniacs is just plain fun! I realize that certain people will never be able to appreciate this type of cinema, and I feel sorry for them. It’s vibrant and alive and funny as hell, and Criterion has recently restored the film to look even better than it did during its original release in 1970. Let’s don our gay apparel and explore this classic underground movie… 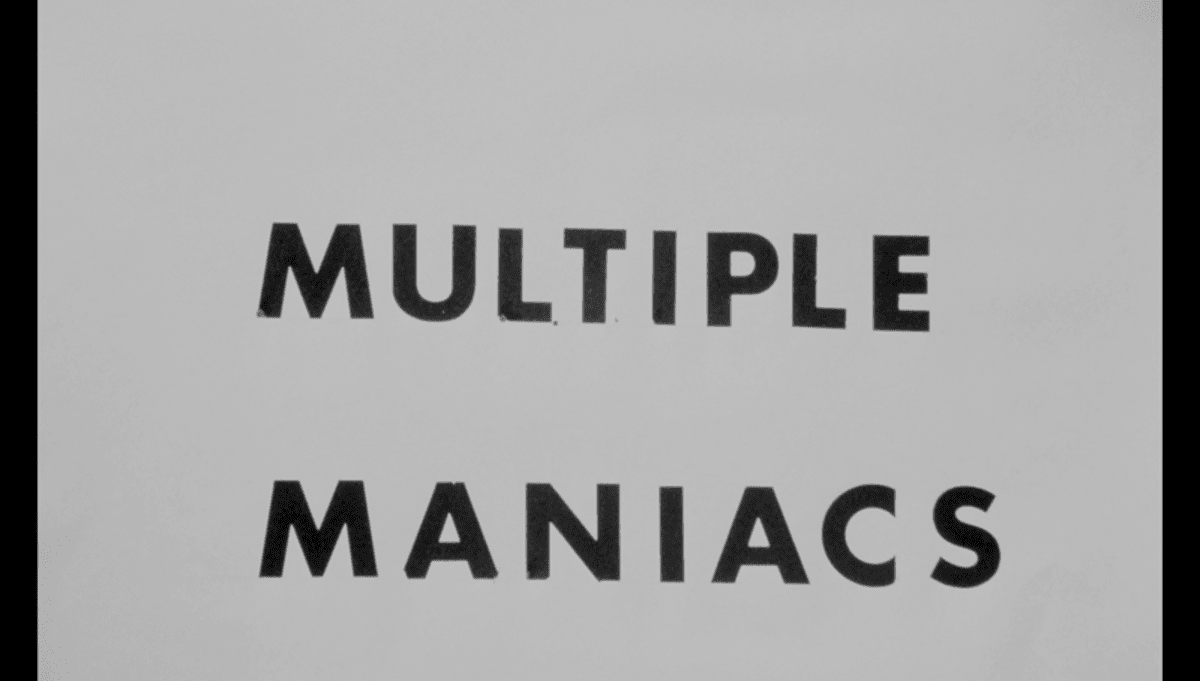 So here’s the basic (slightly streamlined and sanitized) synopsis of the plot: Lady Divine (played by Divine, the female alter ego of actor Glenn Milstead) runs a sort of traveling circus sideshow in Baltimore called “The Cavalcade of Perversion”. There’s free admission to the show, with Lady Divine making money by robbing the patrons at gunpoint after every performance. She starts murdering some of the patrons, which upsets her lover, Mr. David (played with sleazy gusto by David Lochary). Why does she start killing these people? Because she’s a burgeoning psychopath, of course (it’s best not to try to apply logic or reason to the plot of this movie). Mr. David and his mistress Bonnie (Mary Vivian Pierce) plan to murder Lady Divine because they believe it’s the only way they will be able to be together without having to face Divine’s jealous, murderous wrath (okay, this kind of makes sense, right?)

But Lady Divine finds out about Mr. David’s affair and plans to murder him first. This sordid story of love and betrayal culminates in a bloodbath at the apartment of Divine’s daughter Cookie (played by one of Waters’ many recurring actors, Cookie Mueller). The only one to emerge from the carnage is Lady Divine, who consequently goes insane and starts rampaging through the streets of Baltimore until she is shot and killed by the National Guard. The End.

This all sounds like it could be a slightly off-kilter film noir (hey, it’s even shot in B&W, like the noir classics from the 1940s!). But, Multiple Maniacs is something entirely removed from noir or anything that has graced the screen before (or possibly since). 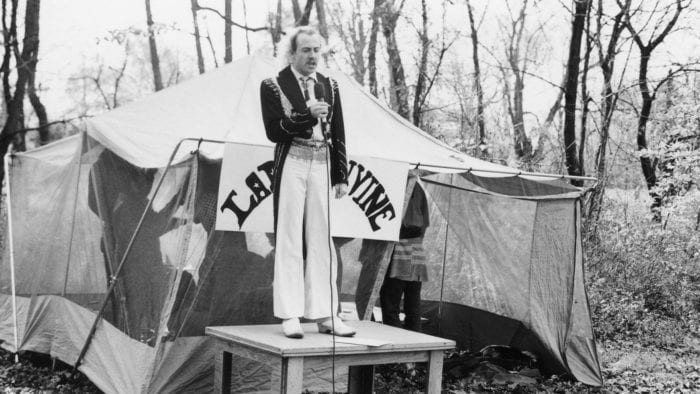 Here’s a list of some of the more bizarre things that happen in the movie:

So yeah, it goes without saying that this is a very unconventional movie. With the cultural lean towards ‘political correctness’ in 2019, it is quite jarring to see taboo subjects played for laughs like they are in this film. If Multiple Maniacs was released today, there’s a good chance it would cause a stir which would result in John Waters being ‘canceled.’ Even in 1970, a print of the film was sent to and subsequently destroyed by the censor board of Ontario, Canada, who deemed it too subversive to exist. In retrospect, the 1970s may have been the best decade for art to flourish, unencumbered by PC protests and overreactions by the public. Archie Bunker spouted racial slurs during prime time, and it was generally understood that the writers of All In The Family were using offensive language to spotlight the futility and short-sightedness of racism. Elton John sang about his love for an ‘island girl,’ and it wasn’t lambasted as cultural fetishization. John Waters films a series of controversial scenes featuring a drag queen, glue-sniffers, and a giant lobster and it’s just good fun at the midnight movies (for the most part). I’m kind of hoping that the political correctness movement that has been affecting comedy and art will reach its apex soon because then it will have nowhere to go but down. Only then will revolutionary artists be unafraid to express themselves again without fear of career-destroying repercussions. 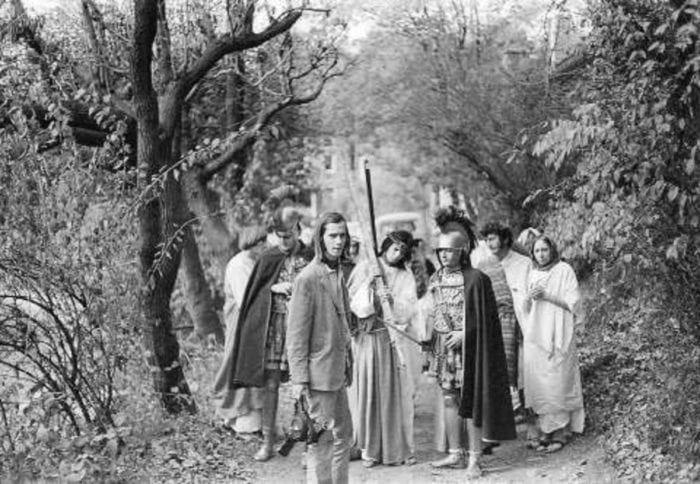 Multiple Maniacs is far from the most polished movie ever made. Despite the Criterion clean-up, there is still some occasional grain on the picture (I tend to view this as ‘warm and comforting grain’). The audio was recorded in mono, and some of the lines can be a bit difficult to hear properly. The actors are all amateurs, and it shows. That being said, this is one of my favorite films of all time. I can’t stress enough how much this movie is a breath of fresh air amongst the parade of CGI-laden, focus group-meddled, mainstream offerings in today’s cinema. It crackles and bumps on your television screen, keeping you wondering just what could possibly happen next. It challenges your sensibilities as all good art should. The dialogue is outrageous and quotable (my favorite line is Mr. David’s “I love you so fucking much, I could shit!”). And Divine, in her first major role, arrives on the screen fully formed, giving a tour-de-force performance with a sort of wild abandon that sucks you in throughout. This is a good movie to put on at a small gathering of friends as a litmus test of their personalities. Some may be repulsed; some may be bored; some may be enthralled. If you find yourself in a situation where a bunch of ‘normals’ are in your home and you want them to leave, fire up Maniacs and know that they’ll probably be giving you the “well it’s getting late, I have work in the morning” excuse very soon. This movie is polarizing, to say the least. 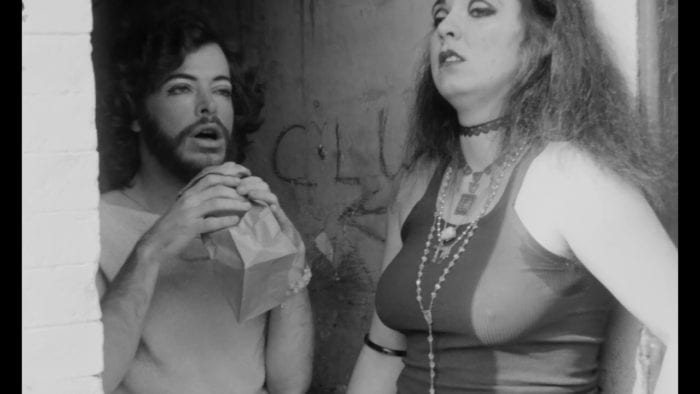 The movie is political yet avoids any direct mention of politics. The late 1960s and early 1970s were a turbulent time for America: Kent State, the war in Vietnam, Charles Manson’s cult murders, protests and violence erupting across the country and dividing families. Multiple Maniacs takes this violence to its most extreme, ridiculous level and acts as a funhouse mirror to all of the atrocities and change going on in the world outside of the funhouse. Whether this was intended or not is irrelevant. The film could only have been created in the restless political climate of 1970, yet it can be fully appreciated today, nearly 50 years later. 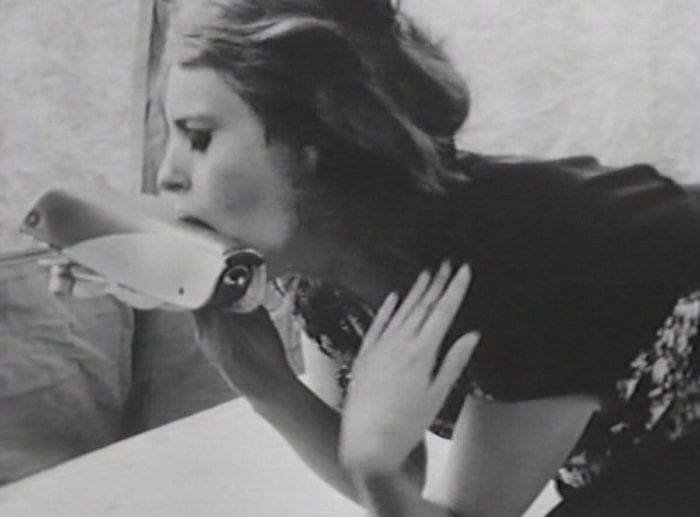 I’ve been watching John Waters’ movies since I was a teenager and for the longest time, I had no idea that he was gay. Sure there were drag queens and lesbians and gay references in his films, but there was also lots of other weird stuff mixed in, and I just assumed that John was a filmmaker who liked to celebrate unconventional people of all sorts (which is true). He doesn’t usually get mentioned alongside other gay directors like Gregg Araki or Gus Van Sant because he’s never really put queerness front and center like the others usually do. In Waters’ films, being gay is just another thing that his characters are sometimes. It’s not a big deal; it’s not something that causes torment to his characters; it just exists alongside everything else (like it should in real life). 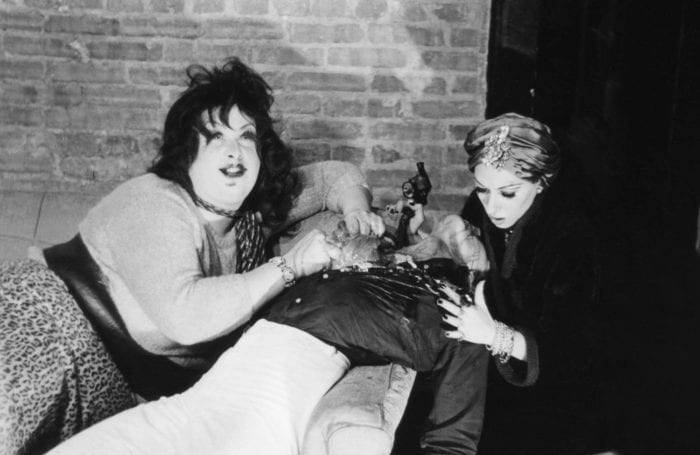 Other things I thought about while watching this movie

Multiple Maniacs is available on DVD and is currently streaming on The Criterion Channel.