Addiction is rife in our society. Everywhere you look, there is the possibility of becoming hopelessly dependent on something; whether that is the usual suspects of drugs and alcohol, or more recent newly diagnosed things like the internet, pornography and work. People scarcely look up from their electronic handheld devices, unaware that technology has introduced a new addiction that they slid into and never noticed. It has never been easier to lose yourself, despite there being more help and understanding of addiction than ever. This brings us nicely to The Nines (2007) the directorial debut of screenwriter John August (Go, Big Fish) inspired by an earlier short film he made which also starred his friend, actress Melissa McCarthy.

The story begins with actor Gary (Ryan Reynolds) at the beginning stages of throwing himself into his own addictions after the break up of a relationship. Gary buys crack, parties with a hooker and then after an incident when he realises he has no belly button, rolls his car and ends up in jail. Gary is then placed under house arrest and is placed under the care of a bubbly publicist (Melissa McCarthy). Gary then begins to see the number nine appear more than is usual, in things he is reading, and in spooky messages through electronic devices. He is also approached by his neighbour Sarah (Hope Davis) who seems to have some kind of interest in his well being which seems familiar and a little aggressive.

We then move into another time entirely with screenwriter and producer Gavin (Reynolds again) being followed by a camera crew as they document the production of a TV pilot named “Knowing” which stars Gavin’s best friend Melissa McCarthy (playing herself). Gavin is troubled, exhausted, and starting to believe that his house is haunted. He also doesn’t trust TV executive Susan (Hope Davis again) who he feels is trying to sabotage his show due to his decision to cast McCarthy in the lead. Gavin is forced into making some heartbreaking sacrifices, which further increase his sense of alienation and sense that the world isn’t quite right. 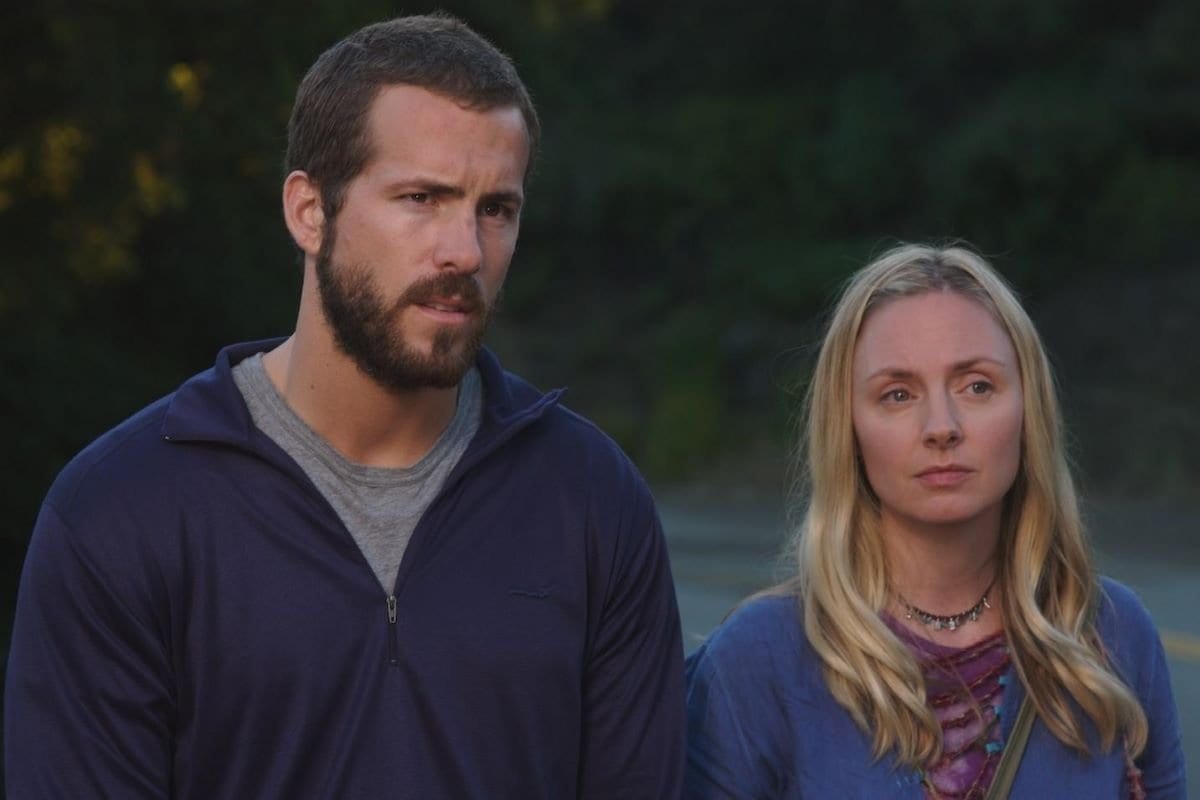 Finally, we move into the last section of the story and things begin to make more sense. Gabriel (yep Reynolds again) is a game designer who finds himself stranded in the countryside with his wife Mary (Melissa McCarthy again) and daughter Noelle (Elle Fanning) when their car breaks down. Gabriel goes looking for help and meets stranger Sierra (Hope Davis again) who knows of Gabriel’s work from a failed relationship and seems possibly homicidal over it. It is here that it is revealed what is actually going on, and Gabriel experiences an epiphany and acceptance of himself that changes everything.

The Nines premiered at the 2007 Sundance Film Festival and was given a limited theatrical run in summer of that year and made a total of $63,165 at the box office. Despite some good reviews it never really broke out the way something like Donnie Darko (2001) or Brick (2005) did and remains relatively unknown despite the presence of Ryan Reynolds and Melissa McCarthy, but this was long before Deadpool (2016) and Bridesmaids (2011). Ultimately The Nines deserves more attention because it is possibly one of the best films ever made about addiction, and tells a massive story in a very small way through great performances, excellent writing and an inventive approach to the storytelling.

Throughout the three stories that unfold in The Nines, we get little clues as to the nature of reality in the world that John August is presenting. Settings and characters overlap. Actors reappear not just in the three leads but in background characters as well. Gary is under house arrest in Gavin’s house, and Gavin sees echoes of the previous story. The footage from the show “Knowing” featured in the faux documentary of the second segment, forms the start of the third and final segment and so on. August makes a decision to drop a narrative bomb early on, but we do not get to witness the scene until later and we build towards the conclusion. It is a film filled with decisions like this, and a real eye for detail, which means it rewards repeat viewings. Upon first viewing the film keeps you guessing, never playing its hand early and you are swept along for the ride.

Up until this point, Ryan Reynolds was mostly known for being a cinematic wise ass thanks to roles in Van Wilder (2002) and Waiting (2005). The Nines was the first film to show his versatility, able to move easily between spoiled actor, gay TV wunderkind and loving husband and father with remarkable confidence. The film really is centered around Reynolds, and he proves beyond doubt here that he is a talent that was destined for stardom. Melissa McCarthy ably matches him in the performance department in a role that requires very little of the comedy she would become known for, and instead calls for warmth, sadness and confusion which she demonstrates perfectly. Come the tear-jerking, touching finale, both actors manage to tug at your heartstrings and the reason is that they carry this film and you the audience along with them every step of the way. 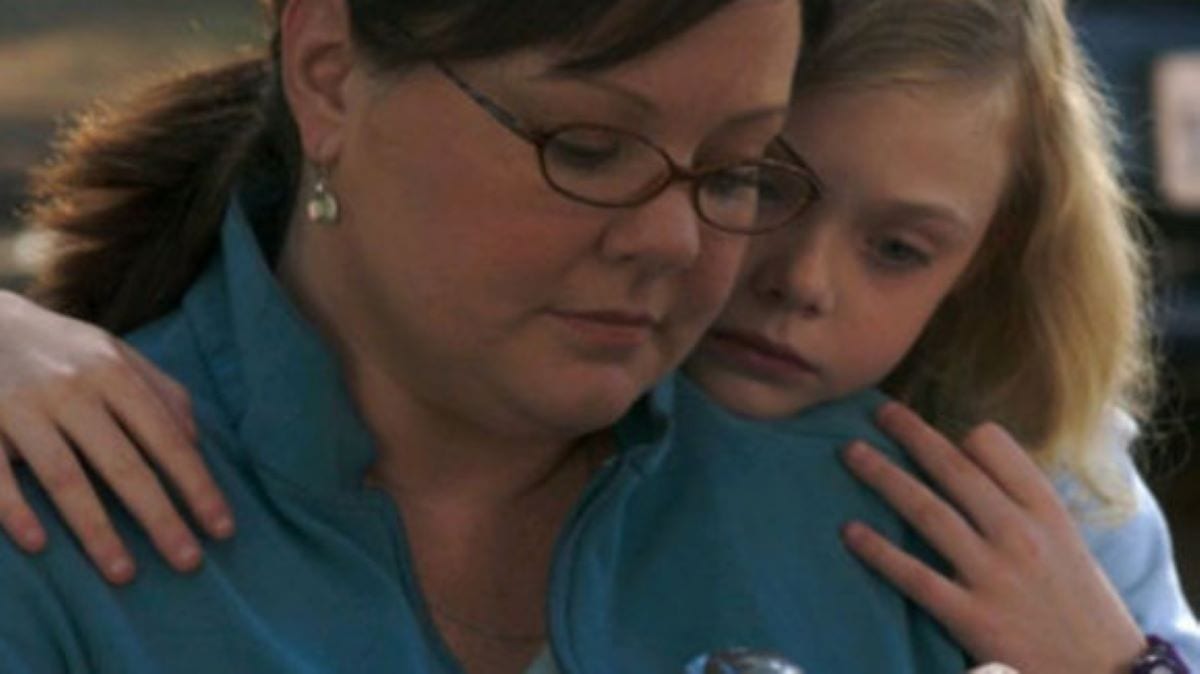 You could make a good argument, even in this age of science and apparent reason, that love is the most powerful force on earth. There is some debate and even argument over whether or not love has its own addictive qualities and inspires addict like patterns and behaviours. Robert Palmer certainly seemed to think so.

When you are in love you smile for no apparent reason when thoughts of your loved one occur, you go out of your way to make those people happy, and you begin to adapt and build your world around this person. You try to create the perfect environment for them because their happiness and how they make you feel is the most important thing there is. When this comes to an end, if it comes to an end, there is not always the opportunity for a tearful and amicable goodbye. Love is messy and humans are unpredictable at the best of times, the best you can hope for is some kind of peace. The addictive nature of your brain, if you are cursed to have such a thing, will immediately start seeking out that high again. You are looking to build a new world around a new person, or possibly someone who reminds you of the love that you lost.

Before we conclude the story in The Nines, we get what can be classed as an intervention, an intervention by celestial beings yes, but something familiar to anyone who has had addiction issues in their past. Gary, Gavin, Gabriel all have something in common; they have all lost themselves in addiction, forgotten who they were, forgot what they were capable of and where they came from. Sometimes it takes hitting bottom to realise what you have, what you have lost to your addictive patterns and to finally take steps towards beating your own demons. The hardest thing that any of us has to do is stop lying to ourselves.

The conclusion of The Nines is one of the most touching and profound things I have seen in my lifetime and something that brings me back to the film again and again in times of darkness. It’s a surprising turn of events for a film where the marketing would have you believe this was a sinister psychological thriller. The idea that a deity of some form could have lost himself completely in the human experience, and slide into an addiction of being close to his favourite person is something I will always find compelling. Although at the end of The Nines, you realise the film is taking on huge cosmic themes that the budget does not match, the theme of addiction, love and sacrifice are things that speak to us all. That is perhaps the reason that the film never found an audience; it was almost impossible to market accurately.

The Nines is one of those underseen gems just waiting for the right person to discover it, and find it to be one of those personal favourite comfort films because of where they were in their life when they first saw it, and how its messages resonated with them perfectly. It just might be the film to cure your broken heart.