This Pride month, something I am incredibly thankful to have in my life is Netflix’s hit show Queer Eye. Queer Eye is my safe space. I watch the show to make me smile, to have fun, and to remind myself that I am always loved and accepted. Queer Eye is a happy place for people all over the world, and as a person in the LGBT community, I don’t know where we would be without it.

For those unaware, Queer Eye is a reboot of Bravo’s reality series Queer Eye for the Straight Guy (2003–2007), which featured the “Fab Five”: five gay men who were experts in different departments, such as culture, food, or fashion. The original Fab Five would enter the home of a different straight man in New York City each episode and give him a complete makeover (or as they called it, “make better”).

Queer Eye for the Straight Guy’s importance was incredible because it aired at a time when gay men were faced with a lot of hate, partially because they were given absolutely no representation in the media. This is what the show did; the original Fab Five exercised their talents and bonded with straight men on screen, which was a concept that hadn’t been explored enough at the time. Queer Eye for the Straight Guy focused on the outside—they would make over a man’s appearance and his home—but didn’t quite delve into personal issues such as religion or family/love life, which is what has really separated the original show from the new Queer Eye. This could have been because, at that time, the world wasn’t ready to gain a personal connection to queer people, and was simply surprised to see the community on their screens.

In the first episode of the reboot series, Queer Eye’s Tan France states that the old Queer Eye for the Straight Guy was fighting for tolerance, whereas Queer Eye is fighting for acceptance. This has stood out to me from the moment I heard it and it’s such an inspirational quote. This is because Queer Eye for the Straight Guy introduced gay men into popular reality television, and the world saw the Fab Five and gained awareness of certain aspects of gay culture and gay people.
But the new Queer Eye returned at a time when the world really needed it, and it helped those who wanted to learn more about the gay community to really gain an inside perspective of the lives of gay men and the struggles they face because of those who refuse to accept them. And I have to say, Queer Eye returned at a time that I really needed it, too. 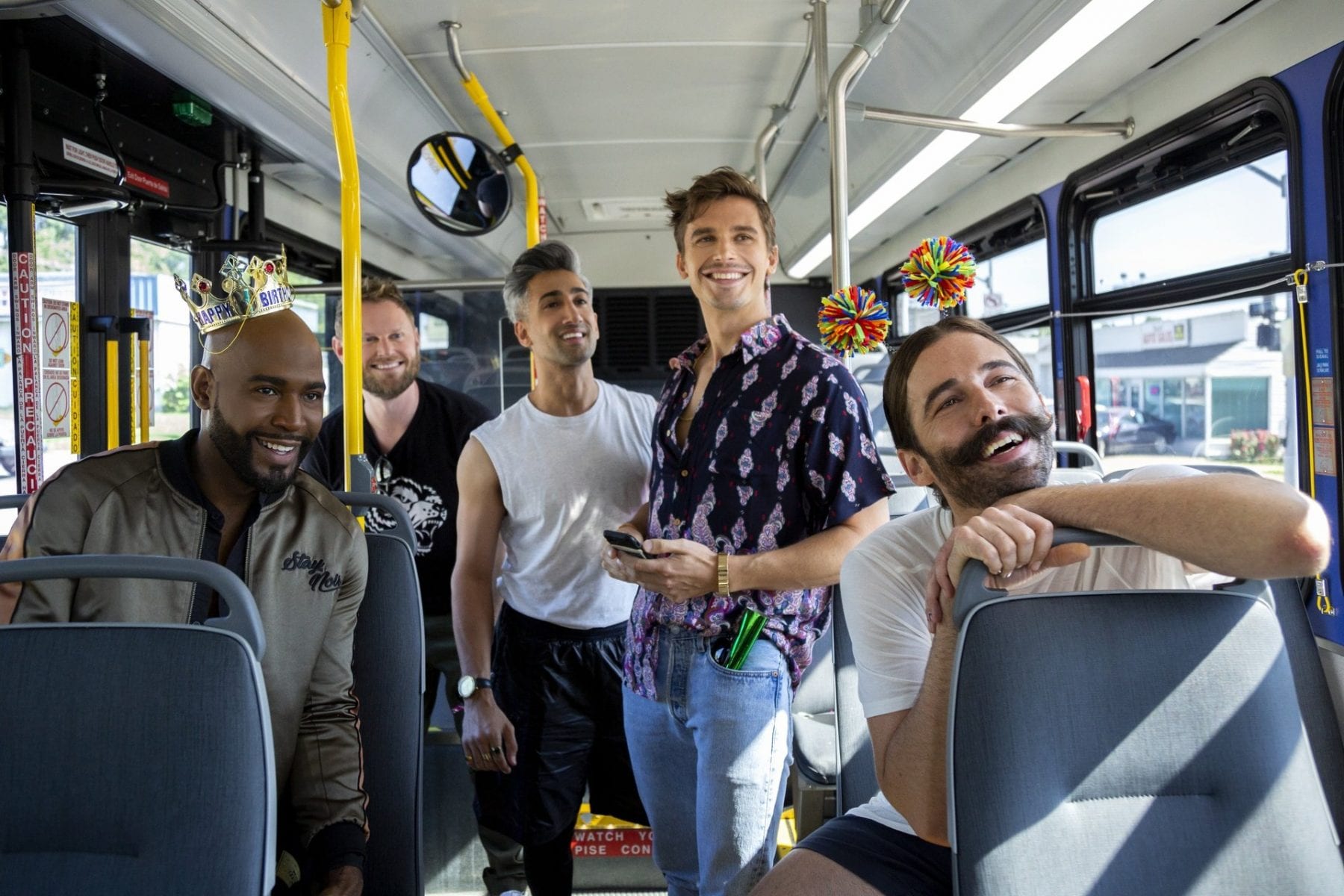 I am a bisexual, non-binary identifying person. No matter what country you live in, it can be hard to find complete acceptance as someone in the LGBT community. I was so lucky to have the family that I have because my parents have always been accepting of me no matter what, and coming out was not something that was a big deal for them. However, I have family I wouldn’t be comfortable coming out to, I have faced bullying at schools for being bisexual, I am a victim of verbal abuse from strangers who feel that they have a right to comment on my own life and sexuality, and I have been made to feel like an outcast in the place where I live. It’s something everybody in the community faces. So many of us know it’s horrible to be ridiculed for simply being the person you were born as and didn’t ask to be. When you face this in life, you absolutely need to surround yourself with love and acceptance, and this is what the Fab Five offer to me.

Jonathan Van Ness, Karamo Brown, Antoni Porowski, Tan France, and Bobby Berk make up the fabulous five individuals who travel through small-town America helping heroes improve their entire lives. This new show is different from the old because they are not simply making over the heroes; they are going in deep and spending time with them. They are learning what this person needs in their life and how to make their talents work for them individually.

Seasons 2 and 3 have been revolutionary, as we have witnessed the group working with straight women, lesbians, and the transgender community. Using their expert knowledge in grooming, culture, cooking, fashion, and design, these five men really learn how to adapt to people’s unique needs. They dive deep into their heroes’ emotional states, they get involved with their families, and they work so hard to find exactly what will work for them in towns where there aren’t as many resources available to them as there are in NYC. Each episode is full of tips for everyday life and amazing advice for those going through hard times. I carry with me each day life lessons I’ve learned from the show—from seasoning tips while cooking, to little ways to layer clothing, to making myself feel a bit more positive and confident each day.

A particular episode of Queer Eye that had a major impact on me is the beautiful “Black Girl Magic” of Season 3 in which the guys help Jess Gilbeaux, a woman who faced being kicked out of her home as a teenager because she had been outed as gay. I identified with Jess because I often don’t feel confidence in myself and I don’t feel like a strong individual. I also don’t have many friends or an LGBT family that others take comfort in having. This episode really spoke to me through the Fab Five’s teachings to Jess. To hear her say out loud that she feels sexy and confident in her own skin and hearing her refer to herself as a strong, black, lesbian woman was a real inspiration to me and gave me a new insight into myself.

When someone you identify with gains a newfound love for themself, you tend to go through that journey alongside them. I gained hope from that episode that my chosen family are on their way to me, even if I don’t have them yet. Karamo, the culture expert, really gains a strong emotional bond here with Jess and I think we as the audience are all in on it, too, because I connected with her from the very beginning. Karamo and Jess discover the roots of her fears about reaching out to her family and Karamo proves to her that she has people who love her, and that she can feel confidence in herself so easily when she tries. I adored watching them both light up while bonding with each other and realizing that they are each other’s family now that they have come together. They found what they needed in each other, and how easy was that?

There are so many aspects of Queer Eye that made me fall in love with it completely. I love the fact that it is such a fun show in general. Watching the Fab Five is like spending time with your best friends. The relationship that they have with each other is so close and so gorgeous. I could only dream of having a friend like that. The Fab Five’s personal friendships represent true trust between people, and they show such joy just from being together and being who they are. They have true pride, which is why is absolutely necessary to celebrate them during Pride month. 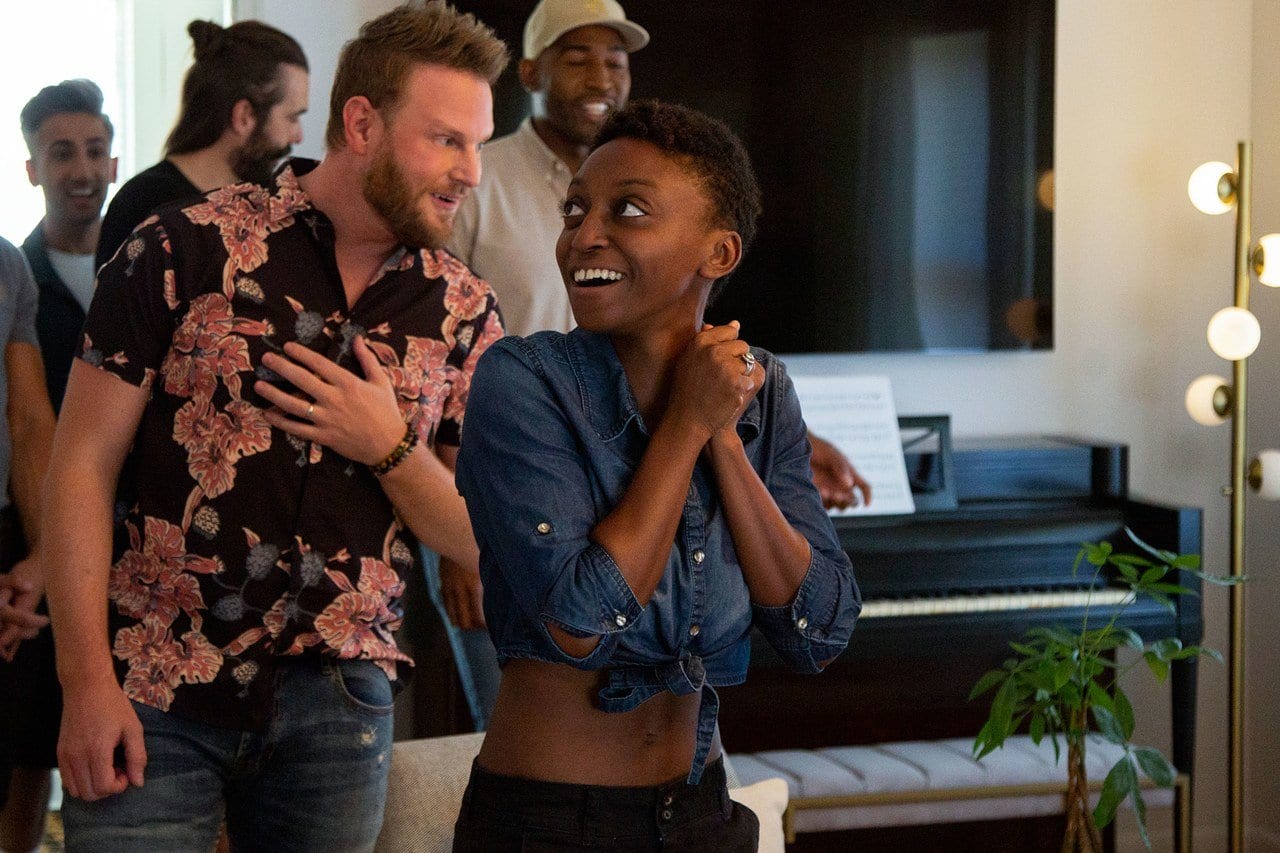 In and out of the show, the Fab Five are fighting for our rights and speaking out for acceptance of all. They have overcome their own tragic and uplifting stories and are complete inspirations themselves. Each episode of Queer Eye and each interview with the Fab Five is time that is packed with positivity and beauty. You can’t help but feel confidence in yourself after listening to the Fab Five have such intense discussions with the heroes and with each other. Each story is another dose of inspiration.

The show has become a worldwide success and, as I mentioned earlier, it is exactly what the world needs right now. The world has been introduced to gay people and gay culture already within the entertainment industry, and Queer Eye for the Straight Guy was a massive part of this accomplishment. Now comes the time to be activists when it comes to fighting for gay rights and fighting for acceptance. Queer Eye believes in equality for everyone and that’s what we as the LGBT community believe in, too. The Fab Five are the representation our community deserves. Queer Eye has already had an impact on the fight for acceptance, because when they enter someone’s home who lives in a deeply religious or political town and has their own opinions on gay people, and then that person finds love in these five beautiful gay men, that is saving the world one person (or one family) at a time.

It’s one of the reasons I cry at Queer Eye every time, and one of the many reasons that I love this show. It means so much to me to watch acceptance spreading through the world through Queer Eye and the Fab Five, and I can only hope that it continues to a point where my community can actually feel free in their own hometowns and their own lives.