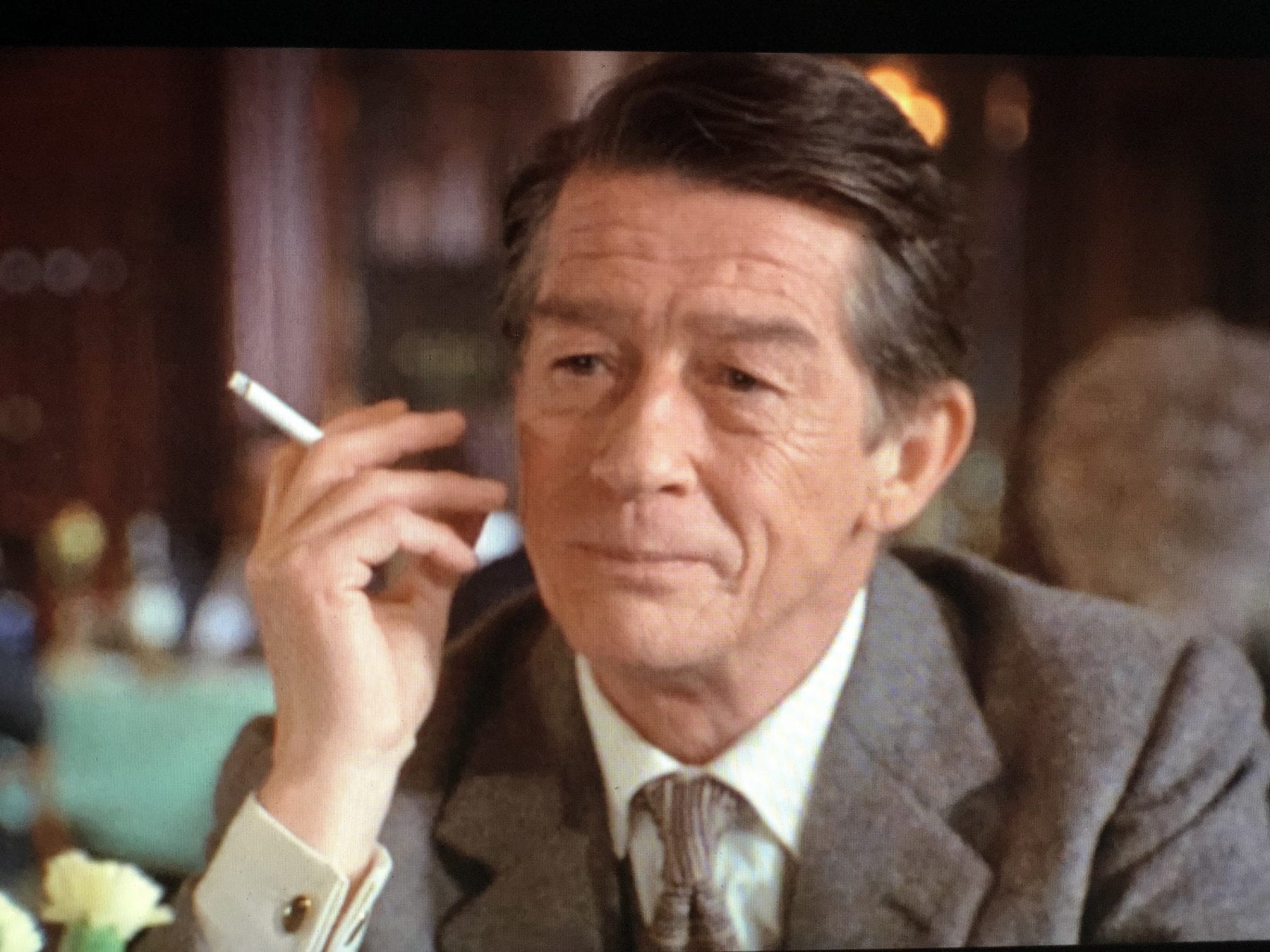 When Sir John Hurt died, photos of him flooded my newsfeed. Primarily, they were photos of Mister Ollivander and the War Doctor, with the odd Caligula thrown in. And let’s be real, John Hurt was wonderful in everything he did, in a career that spanned decades. He was a household name, and then some. And I’ve always been a fan. So, when I happened on this film I’d never heard of showed up on some obscure cable channel at three in the morning, I was curious. The unlikely pairing of Hurt with then-teen-dream Jason Priestley was enough to grab my attention.

I’ve often wondered how this movie got made in the first place. Did someone owe Jason Priestley a favor or a birthday present? “Okay, so we’ve got this teen heartthrob who isn’t much good at playing anything other than a teen heartthrob. How can we use that? I know! Did anyone besides me read ‘Death In Venice’ in college?” 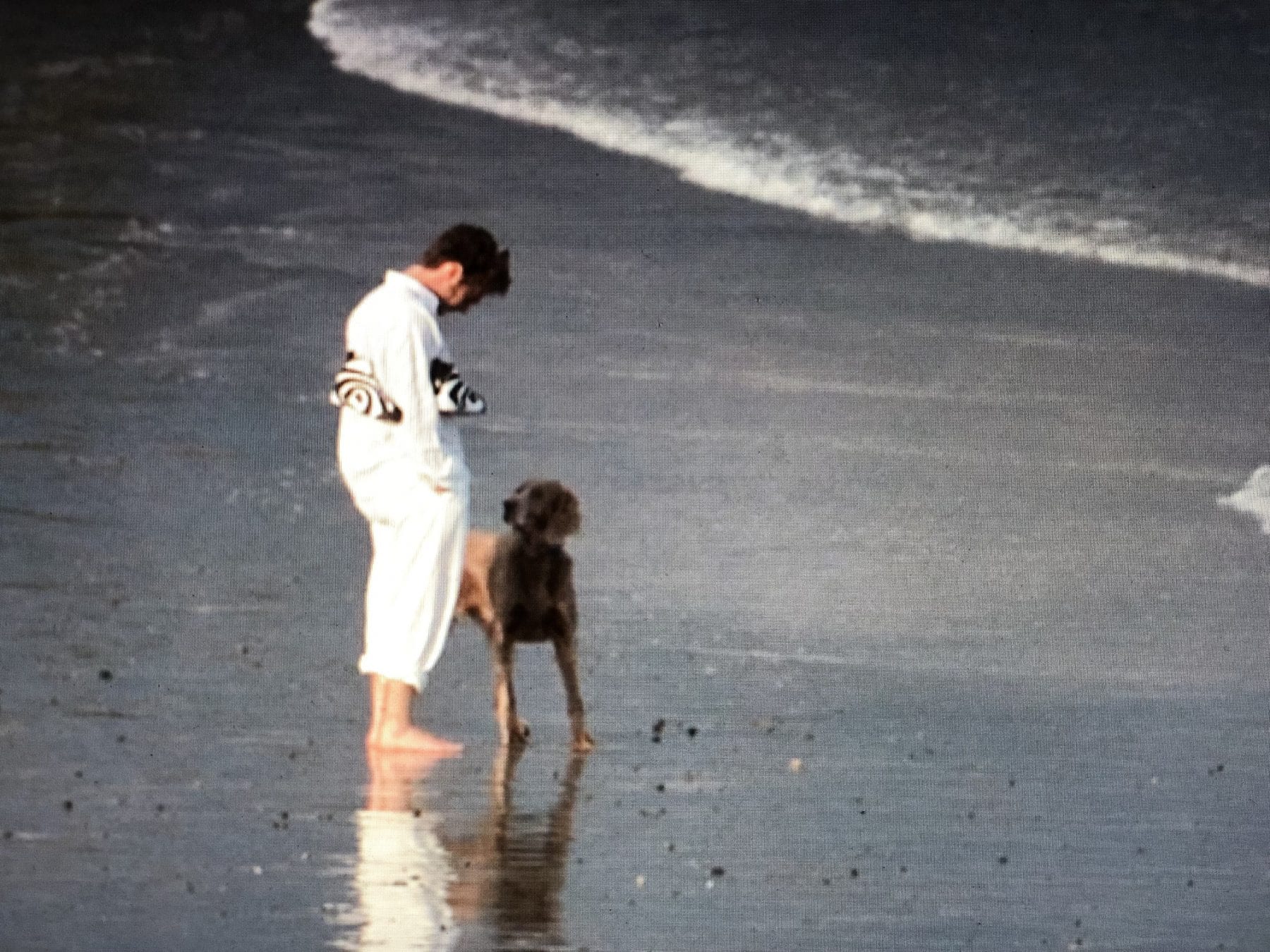 That’s essentially what we have going on here. Hurt plays stodgy British writer Giles De’Ath (and yes, people spend the movie accidentally calling him Doctor Death, and no, it never stops being funny). His wife died not too long ago, and he has become a bit of a recluse. He has absolutely no use for anything remotely modern. When asked if he uses a word processor, he gives the questioner a withering look and says, “I’m a writer. I do not process words”. He eschews all advice that he should be a bit more open to the world, until one day, he accidentally locks himself out of the house. With nothing else to do on a rainy day, he decides to give the cinema a chance.

In classic absent-minded professor fashion, he winds up in the wrong theatre. Instead of a film about EM Forster, he finds himself watching a Porky’s type frat house comedy called Hotpants College 2. Disgusted, he is about to leave, when Ronnie Bostock (Priestley) appears on the screen. Giles is fascinated by the handsome young American, and an obsession begins to grow. 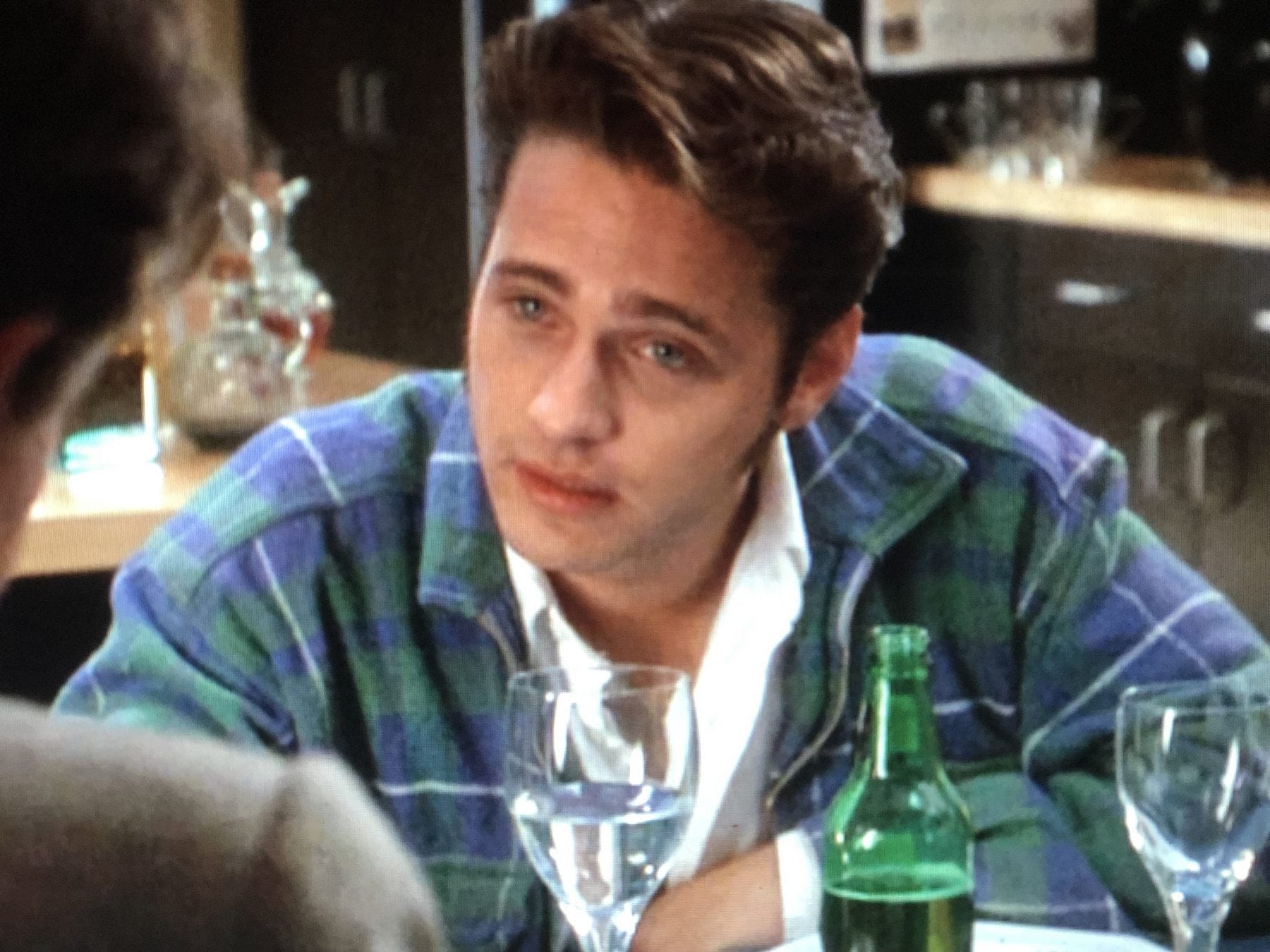 Bit by bit, Giles follows his crush into the modern world. Seen through his eyes, Ronnie Bostock is a walking work of art, and Hotpants College 2 is comparable to Shakespeare. He needs a video player so he can watch the rest of Ronnie’s terrible films, so an expedition to the electronics store ensues. Throughout everything, Hurt exhibits a delicate, quiet dignity. It is both funny and sad to watch Giles navigate the waters of modern living (“no, sir, those are microwave ovens, not televisions”). He learns to cook his own tea. Now he can dismiss his housekeeper early, the better to cut out pictures from teen magazines in peace. While he keeps mum about the exact nature of this current work, he does tell a colleague that “it has brought me into contact with everything that I myself have never been.”

That, I think, wherein lies the film’s real beauty. Yes, he’s fallen hard for the pretty young man. Yes, sometimes his thoughts about Ronnie tiptoe into the realm of the sexual. I don’t know if, given the opportunity, he would actually want to make sweet love down by the fire. His fascination never reads as lustful, or like a dirty old man. Even when he embarks on a pilgrimage to Chesterton, Long Island, to track down the object of his affection, nothing about it reads as sleazy. It certainly helps that this is Sir John Hurt who is up to his dignified eyeballs in tweed. Held up next to Kevin Spacey and his rose petals, Giles’s infatuation feels pristine and pure. It is less the young man himself than it is what the young man represents. 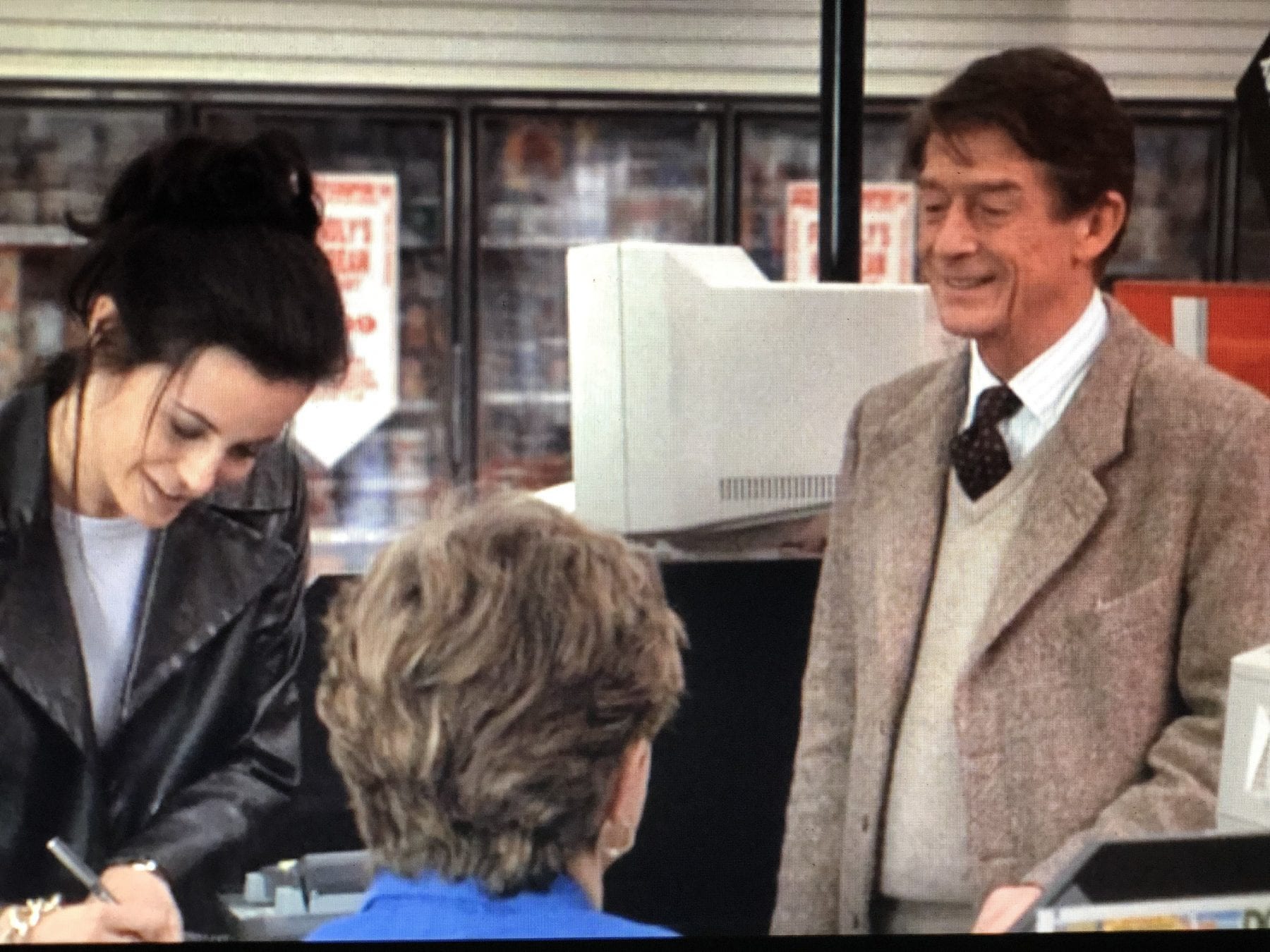 Through a combination of perseverance, detective work, and dumb luck, Giles finally meets Ronnie. He invents an imaginary godchild who is a fan of Ronnie’s, to be his excuse to ingratiate himself with Ronnie and Audrey (Fiona Loewi), Ronnie’s fiancée. And everything goes swimmingly for a while. The couple are terribly impressed that Ronnie has such a following across the pond, and Giles says all the right things. Ronnie, who has aspirations beyond that of a teen hunk, drinks up every word Giles says. It is a gift to Ronnie, in a way, to get a glimpse of himself through Giles’s eyes. When Giles makes the offhand comment that he has been thinking about writing for the movies, Ronnie’s interest shows, he is able to see his own potential, because this man saw it first. I’m not going to go so far as to say that Giles’s feelings are reciprocated, but there is definitely seduction at work. And, at least a little, it is working. 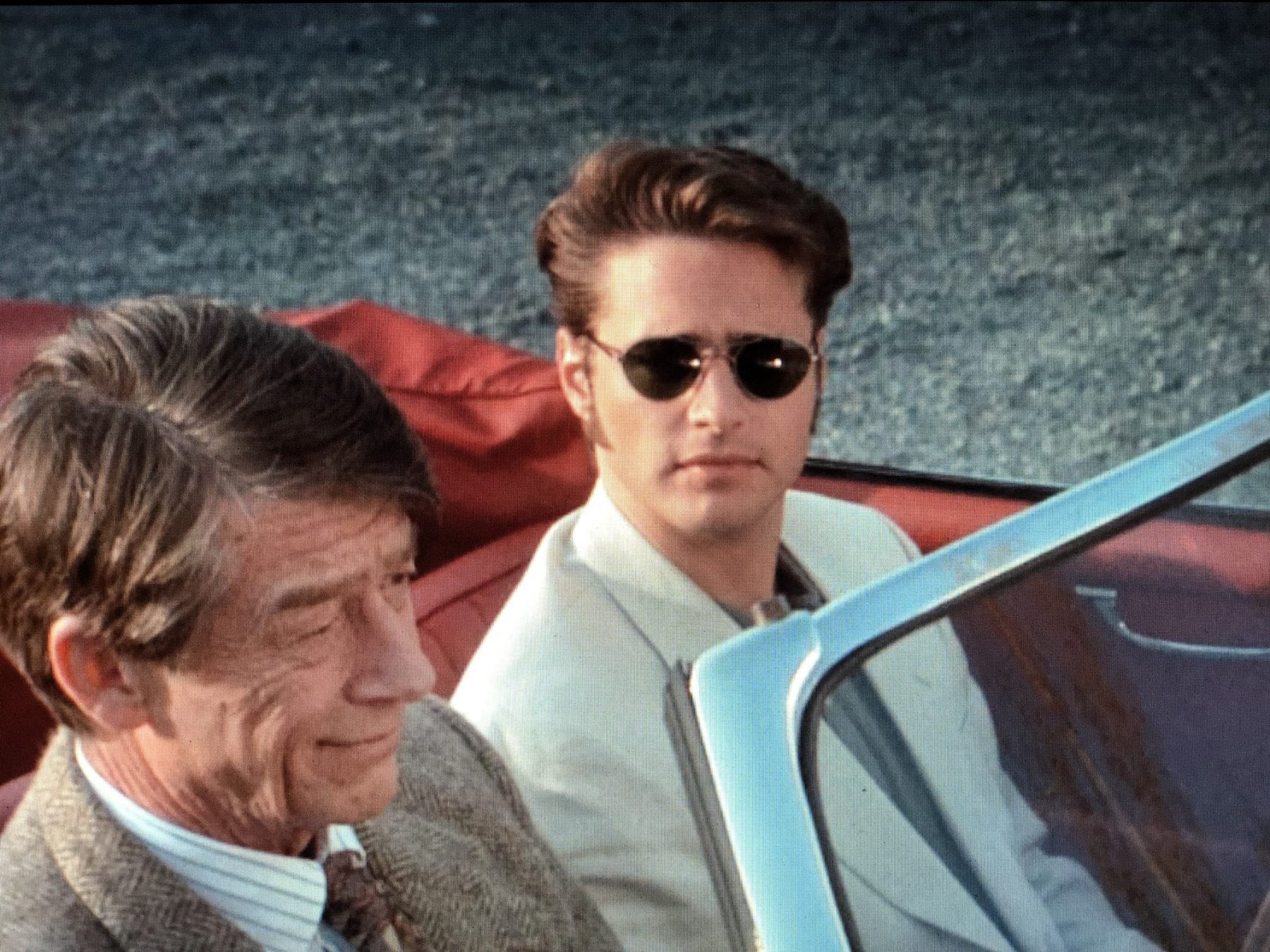 The idyll begins to go south when Audrey suggests they phone Giles’s godchild (remember her?) so that Ronnie can say hello. Giles’s excuses are plausible, but it’s enough to make her suspicious of his motives. During a moment alone, she informs Giles that she and Ronnie will be leaving town for a week. When Giles counters with something about Ronnie’s career, and how it would be a terrible, professional mistake for them to leave at this time, she glares at him with knowing eyes. “God, you’re good.” 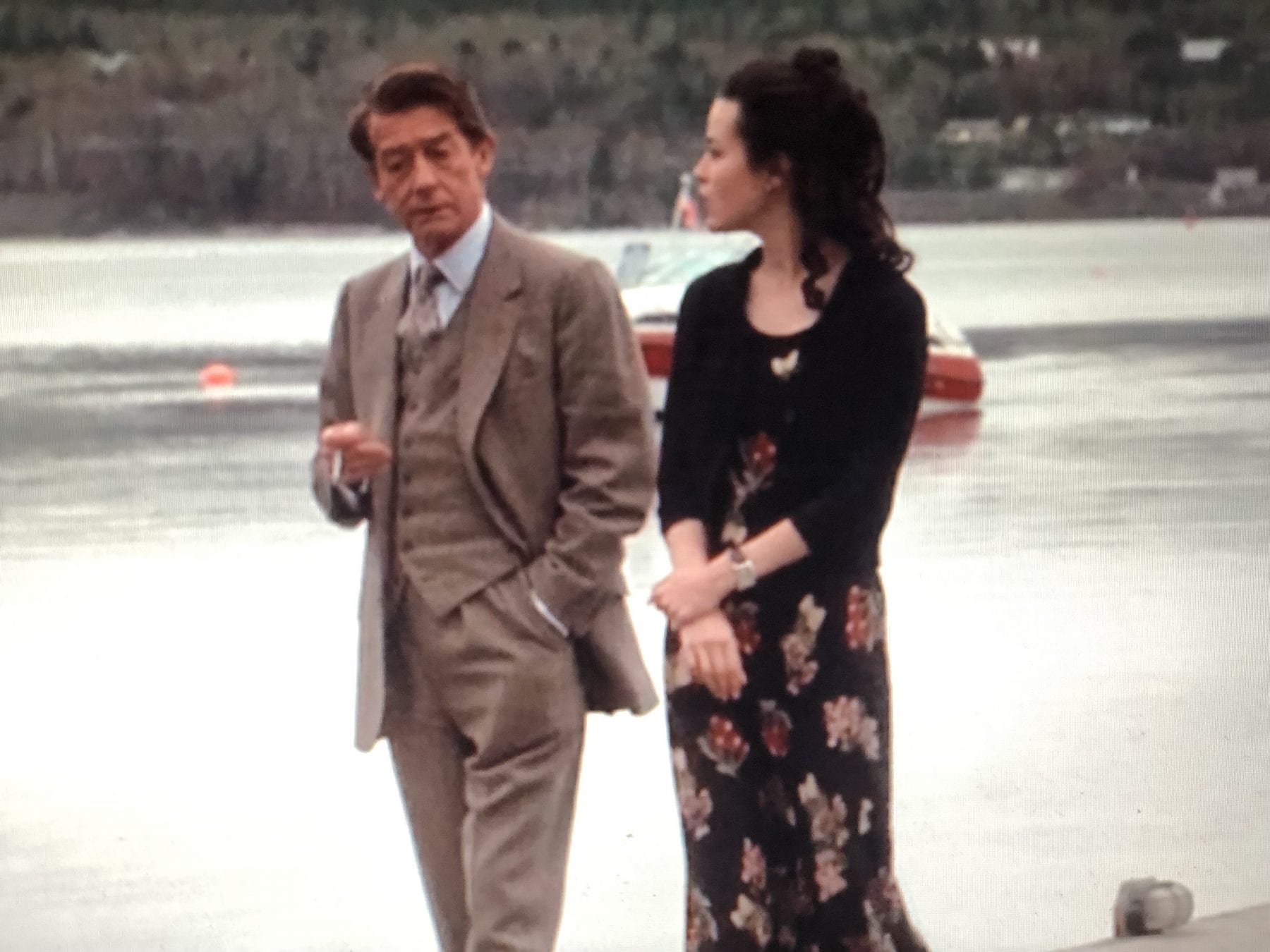 What happens next is probably the most aggressive Giles De’Ath has ever been in his whole life. He persuades Ronnie to meet him privately, and he lays all his cards out on the table. He confesses that in Ronnie, he has found solace from a lifetime of loneliness. Ronnie is flattered, naturally, and prepared to jump at the thought of their future collaboration. But Giles continues. He tells Ronnie that he is prepared to devote his entire life to Ronnie and his career. He says that in Europe, it is common and natural for a man to mentor a younger man in this way. He lists examples, citing names of French poets and the like, whom Ronnie has never heard of. He suggests that Ronnie’s relationship with Audrey certainly will not withstand the test of time and that no one can possibly appreciate Ronnie the way he does. It becomes heartwrenching and pitiful.

As he grasps harder, Ronnie pulls away. And even then, I don’t think he really gets it. He is aware that Giles is hitting on him. I think he senses there is more to it than that, but the older man’s true meaning lies beyond his ken. He resists, politely but firmly, and finally, Giles blurts it out. “How can you act like this when you know, you must know how completely, how desperately I love you.”

Even with this blatant admission, Ronnie doesn’t simply flee. He leaves Giles sitting there, with a sympathetic hand on Hurt’s shoulder before he goes. 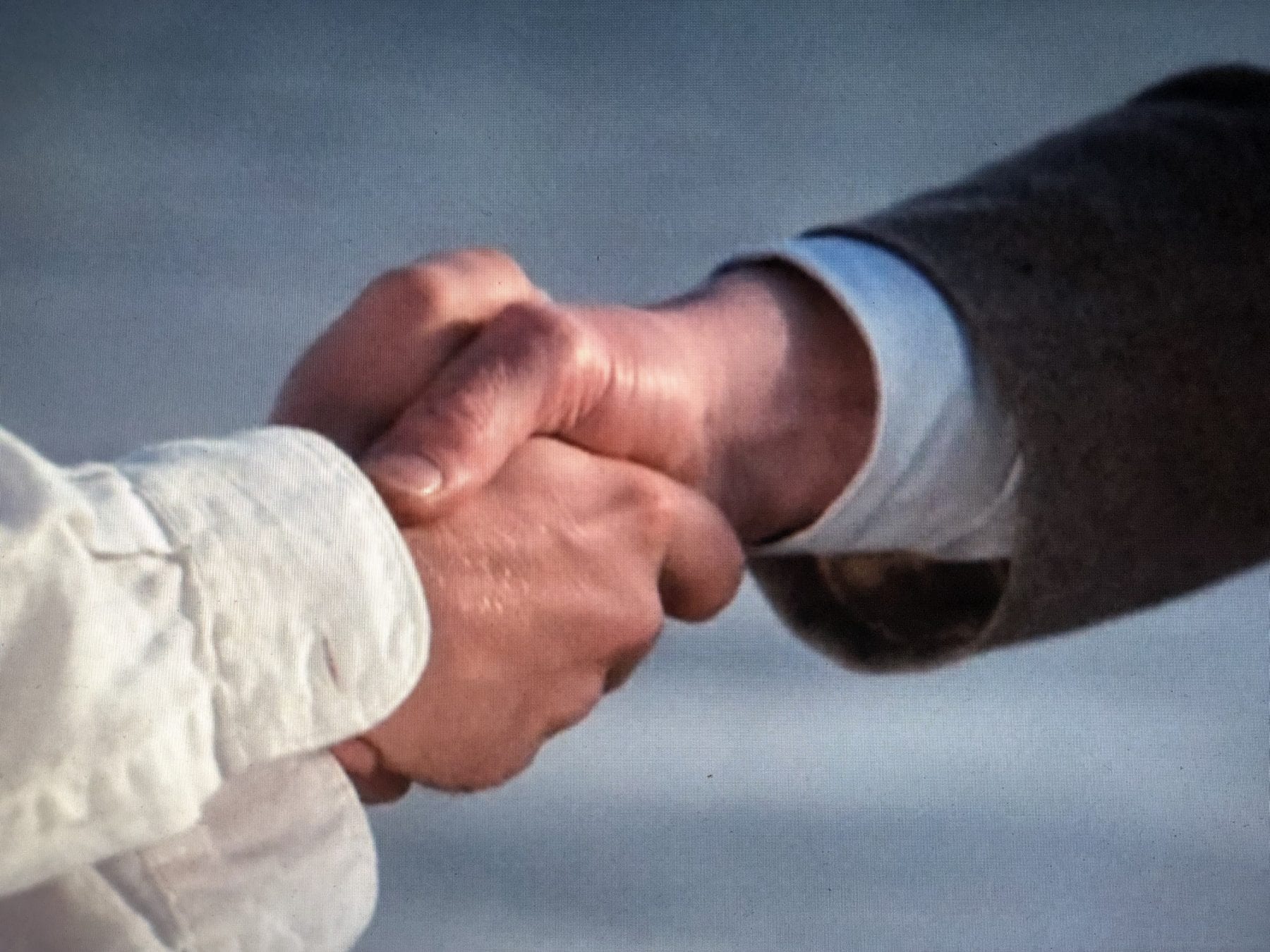 As sad as this is, as much as we ache for Giles, the movie ends on an uplifting note. It would be easy to end things as a downer, to leave Giles a broken man with his heart shattered all over the beach of Long Island. But he is not destined to be Gustav von Aschenbach, dying of cholera, and we are given a nice surprise. Although we don’t know Giles’s ultimate fate after the events in Chesterton, with the last we see of him, he is smiling. He has gotten in the last word. He has faxed Ronnie a long letter (and before Ronnie, Giles hadn’t even known what a fax machine was), telling the whole story of how they came into each others’ lives. And it is clear that neither of them will ever forget their time together, or the influence each had on the other.

Ronnie will go on to make more stupid movies, perhaps now with the awareness that someone, somewhere, knows he can do more. And the last we see of Giles is in the back of a Manhattan-bound taxi, smiling as he dons a pair of awful, thoroughly modern sunglasses. The impression is one of possibility, that doors that he never even knew existed are open to him now. 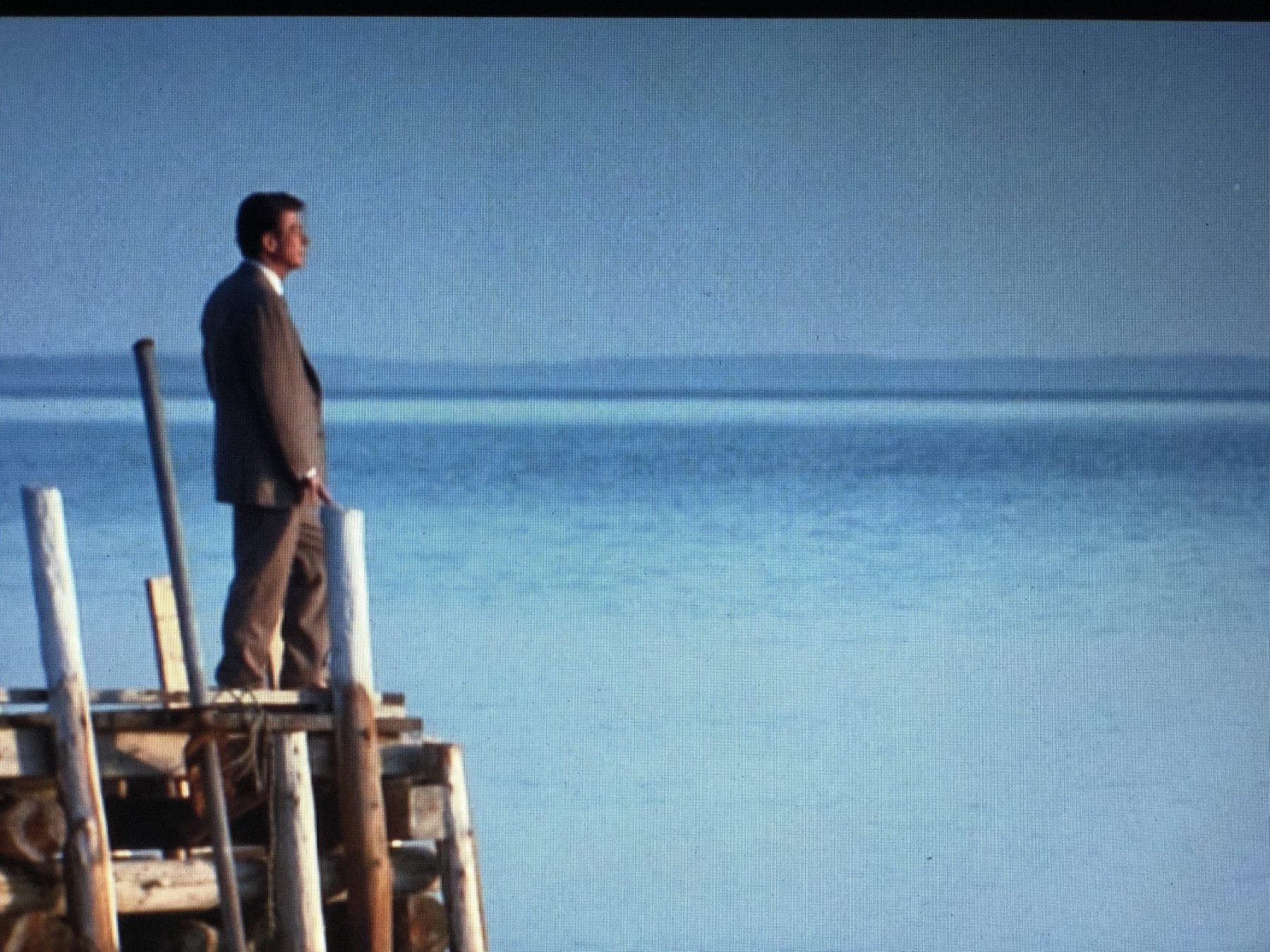 I love this movie. It’s very easy to overlook, within the enormity of Hurt’s repertoire. But the message of the film itself is that beauty and opportunity can be found in the most unexpected and unlikely of places. Whether it be a beach in Long Island, a beach in Venice, or some obscure cable channel at three in the morning, it is important to be open to possibility. You never know when something or someone can appear out of nowhere, and change your life.