Recently, Desmond Amofah, a YouTube streamer who went by the name “Etika”, was committed suicide after a long battle with mental illness that had occurred on-and-off during the last few years.

Mental illness is a serious problem, one which I can speak first hand about given that I’ve suffered from it in the past (and still suffer from some form of it even today). The one thing that makes it especially hard for each person it affects is that it gives them the feeling that they are alone. They are isolated from other people and unable to express their feelings, which results in them deciding to keep to themselves. In a medium that’s proven to be adept at conveying serious storytelling and themes, no game better encompasses the effects of mental illness than Celeste.

Released in 2018, Celeste is a platformer that tells the story of a girl named Madeline whose goal is to climb a mountain in the hopes of simply achieving something. Right away, the opening text makes it clear that Madeline suffers from anxiety and low self-esteem, which is subtly expanded upon just a moment later in her interactions with “Granny”. Stung by a comment about her inability to traverse the mountain, Madeline goes from polite to rude and hostile, a common trait for people with low self-esteem and lack of social experience whenever they encounter negativity.

No chapter better demonstrates what’s it like to be completely overtaken by mental illness than Ch. 3. Entering a haphazardly arranged hotel run by the mysterious Mr. Oshiro, Madeline offers to help him clean up the red and black matter that permeates the environment and physically impedes her from continuing her journey. It’s clear from the start of his introduction that Mr. Oshiro suffers from his own form of mental illness, acting cordial to Madeline while berating himself for letting his problems pile up one by one (which can be interpreted in both a physical and mental sense) and believing Madeline’s gesture to be anything other than mere pity. The entire chapter is shrouded in darkness, only illuminated by a beacon of light that surrounds Madeline. Towards the end of the level, we finally discover that the reddish-black matter is coming from Mr. Oshiro himself, his self-loathing manifesting itself into a physical form that hurts not only himself but the people around him.

Throughout the game, Madeline is tormented by another version of her that is clearly a representation of her mental illness. Appropriately named Badeline, this shadowy manifestation constantly belittles her in an attempt to dissuade her from completing her journey, going so far as to affect the aesthetics and design of each level. As the game reaches its end, Madeline finally confronts her manifestation head-on, realizing that rather than being her true reflection, Badeline is simply emblematic of all of the problems that she needs to let go of in order to truly find inner peace. Rather than running away or trying to leave Badeline behind, she embraces her mirror image and manages to complete the rest of the journey with the both of them working together. Madeline’s personal arc could’ve easily ended with her purging her negative self from existence, but she instead decided to embrace her flaws and not let them define her any longer.

The decision to end the story this way is a much more truthful commentary on mental health than if it ended with Badeline’s permanent exorcism from Madeline’s life. In real life, depression doesn’t go away for good after a period of self-improvement. It’s a part of you that can and in most cases will crop up again during your life, whether it’s over something serious or something trivial. The solution to this issue is to simply accept it as a part of life, warts and all, and do your best to live that life to your very best. 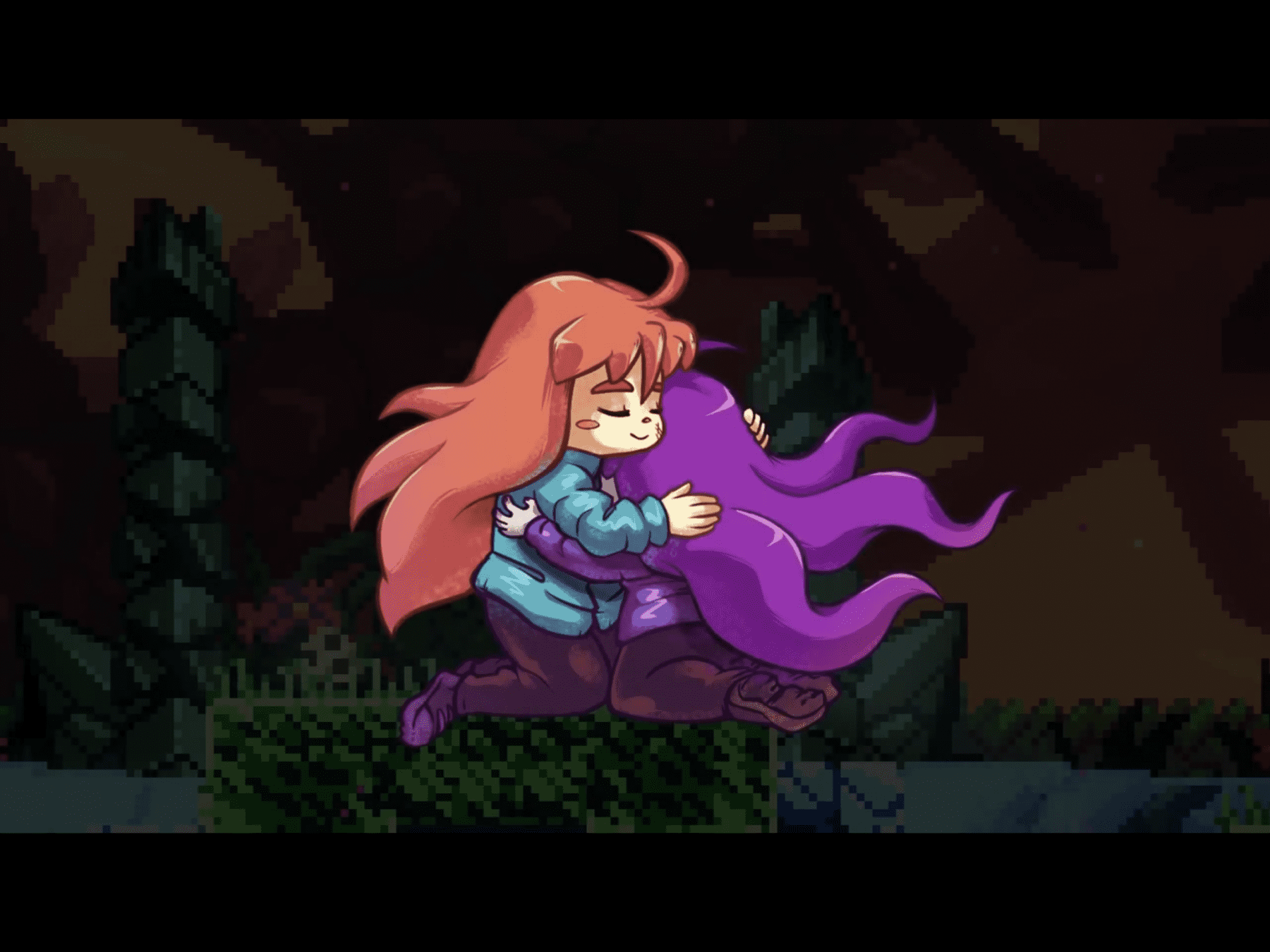