With one foot firmly planted in his French New Wave/Italian Neorealism love and another in the distinctly American milieu he’s chronicled for decades, is it a surprise that Jim Jarmusch has finally turned in a quirky entry to the zombie genre? Saying this end of the horror pool is deep and perhaps more than a little lukewarm is hardly an understatement; it begs the question why a filmmaker with such indie cred would, in 2019, take such an easy plunge. This isn’t the first time Jarmusch has played with a well-worn corner of cinema, though.  He’s attacked the Western, undermined and elevated the Vampire movie, even yoked Samurai and Gangster flicks together to craft what may be his masterpiece. In films such as Dead Man, Only Lovers Left Alive and Ghost Dog, Jarmusch has used their respective genres as mere launching points for his hip musings on history, relationships and society at large, never really falling into any trope traps and often ending the films leaving the viewer with the feeling they’ve truly experienced something completely new.

This leads us to The Dead Don’t Die, which sports a marketing campaign that makes no mistake we’re in for a Zombie Movie!, perhaps in the hopes that Jarmusch scores a commercial hit, something that certainly would count as the director’s first. Anyone familiar with what he does and how he does it will snicker at the thought, but if it gets a few more butts in seats to support indie cinema, why not? And make no mistake, this is probably Jarmusch’s most straightforward film in ages. You do indeed get what you’re promised, a small town with a set of familiar actors/quirky characters who will be set upon by a hungry squad of the undead. Bill Murray, Adam Driver, and Chloe Sevigny are the low-key law enforcement of Centerville. Tom Waits plays the wise forest dwelling outsider, Tilda Swinton checks in as the bemused mortician who’s more than prepared for a zombiepocalypse, Steve Buscemi is the redneck farmer who’s enough of an asshole to wear a red Make America White Again hat while talking to Danny Glover’s hardware store owner about the weather.  That weather’s doing no one any favors here; news reports constantly discuss how ‘polar fracking’ has knocked Earth off its axis, the days are dragging out well past their normal duration, and the nights result in corpses rising from their graves to take a few bites off the nearest live person and look for some wifi to perhaps grab something useless off Amazon. Driver repeatedly notes, “this isn’t going to end well,” and taken as a parable for these troubled times, it’s easy to believe he’s not wrong. 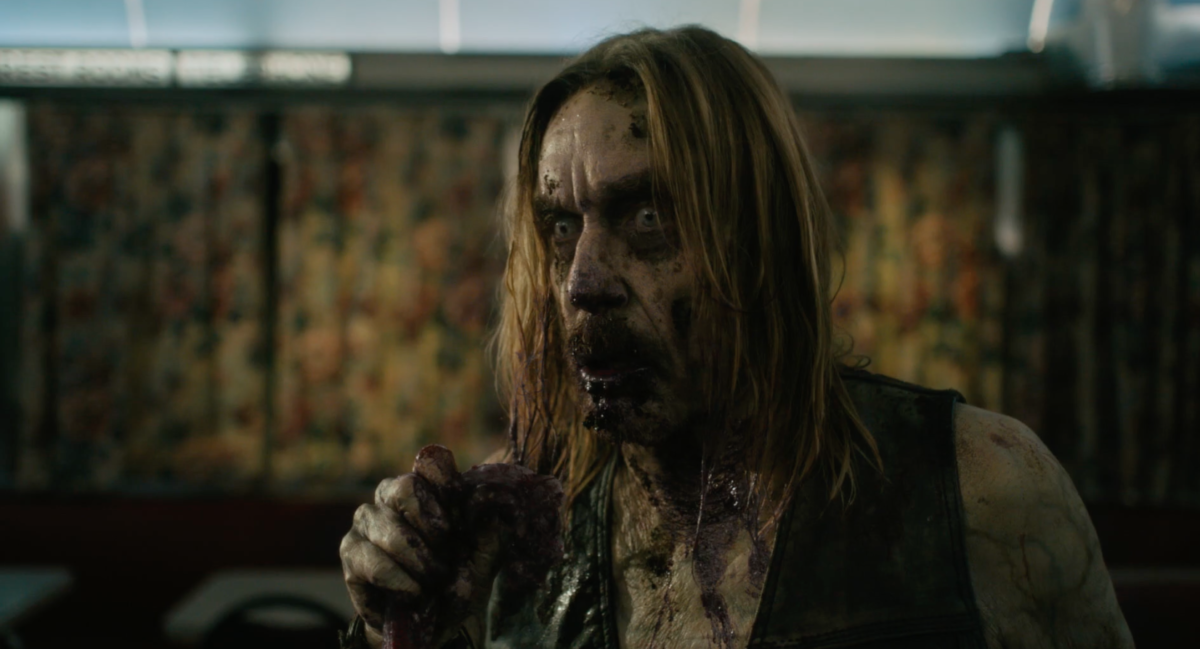 Jarmusch has praised George Romero’s seminal work in the zombie field as his primary influence, and it’s clear throughout The Dead Don’t Die that he’s really only here to make similar proclamations about how we’re trashing the planet and ourselves.  He’s so invested in the job of continuing his hero’s sociopolitical mission that, no, he doesn’t undermine the genre conventions so much as ride them like a casual surfer to their inevitable third act crash, as the town falls to zombies and Waits grimly notes what a fucked up world we live in. Jarmusch spikes the exercise with blatant fourth wall breaks and his typical dead fish handshake style of humor, so it’s generally familiar while being foreign to longtime fans in how closely it hews to what we expect from this particular form. All the while, we see humans being funny, romantic, foolish and ultimately dead, which may be the main point here.  Humanity is just smart enough to create an inventive but inevitable demise for ourselves, despite ourselves, because of ourselves. Jarmusch’s humanist streak sneaks in via a trio of youth who escape the madness—a drop of hope in a sea of despair—but the goofy gait of The Dead Don’t Die belies a genre film made to speak to our dark days with utmost seriousness.