Some characters in video games just seem to impact you more than others. Whether it’s due to their heart-wrenching backstories, charming personalities, witty one-liners, or simply because you just see yourself in them—there are plenty of notable characters that stand out. Considering the catalog of games I’ve played over the years, it’s no surprise that I, like many others, have collected favourites along the way. Sometimes even to the point where I’ve either bought multiple copies of the game they’re in, in different formats (digital and hard copy), or I’ve gone so far as to cosplay them.

It was difficult for me to comprise a small list of those that I wanted to focus on because as soon as I would write a name down, I would think of another that held a spot in my heart too. (Surprisingly I think it might be easier for me to list my favourite games vs. specific characters.) Let me first start off by saying, that this list is not in any particular order because that was a whole other issue I didn’t even want to attempt to tackle. That being said, the five female characters below are notable to me and if you’ve never had the pleasure of playing the games below, hopefully, I can convince you to now.

Unlike most, my foray into the Final Fantasy series wasn’t with the classics everyone normally references as being their first such as Final Fantasy VII or VIII. I was a little late to the party with Final Fantasy X and it couldn’t have worked out better for me. I will always consider Yuna to be one of the most wholesome female protagonists. Her development as a character is well-paced and her relationships and romance are not only pivotal to the story-line but also make sense.

To touch on that, the Macalania Woods Lake scene cemented Tidus and Yuna as one of my favourite video game couples of all time. But more importantly, it also cemented Yuna as a character who is genuinely filled with love and altruism for those around her. Throughout the game, she confronts issues and challenges with her heart on her sleeve, making the statement killing them with kindness pretty real at times.

I know I mentioned my adoration for Lara Croft in my female protagonist’s article, but I just had to mention her again. I’m a pretty simple woman; you give me guns, adventure, history, and a decent story-line with charming characters and I am in. It’s no surprise that I also love Nathan Drake from the Uncharted series and Indiana Jones.

Lara Croft is a remarkable female lead to me because she’s been around for so long and is still popular. She’s an icon of adventure, female empowerment, and proof that brains and brawn can go together. She is the epitome of the independent woman who don’t need no man and I am here for that. Throughout each game you see her grow and mature just like the franchise has, as her character has developed to be more aware of the changing role of women. 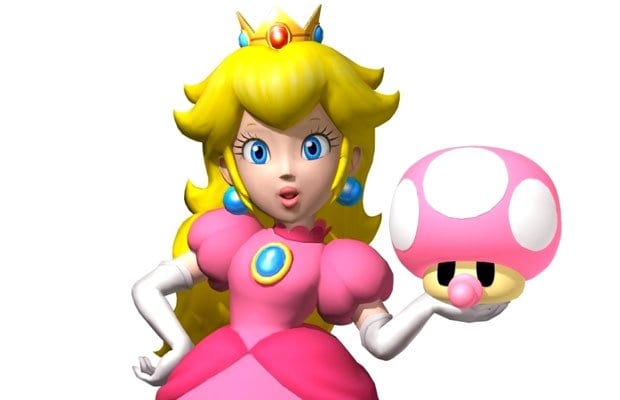 How could I make a list about women in video games who have influenced me and not include Princess Peach? She was my automatic choice in Mario Kart, Mario Party, or Super Smash Bros. There’s something so satisfying about a petite blonde haired woman in a pink dress with a parasol completely destroying her competition.

She was one of the first female video game characters that I was introduced to, even if her introduction was just that of being a damsel in distress. But as times have changed so has Princess Peach and she has become her own formidable character in her own right. She might never have a completely substantial role within the Super Mario Bros. classic games but her cameos show a different side of her. 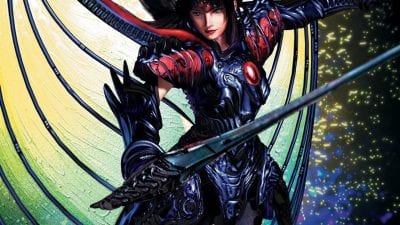 I could easily write about how each female character in Legend of Dragoon brings something to the game and story-line. But I wanted to focus on Rose because her character growth and sub-story added so much depth and heart to the game that I couldn’t not mention it. Rose’s past (which I won’t spoil), her romance, why she fights—all these things are part of the reasons why having developed female characters are so important. Yes, it’s okay to add love and romance and have a character specifically fill that romantic interest spot, but she’s a perfect example as to why it adds so much to a story when you don’t make that female role two dimensional.

All of the characters I’ve listed up to this point are opinionated, strong in their own way, and create their own spot in their respective games without relying on others to help build them up or develop them. And for that, I have to give a massive shout out to the Fire Emblem franchise as a whole because they consistently manage to incorporate so many different roles, personalities, and good character development and growth that it’s no wonder why they’re as big and popular as they are.

Lyn really stands out for me because Fire Emblem: The Blazing Blade was unlike any other Nintendo DS game I had played up to that point. Being able to be a tactician and interact with the characters was one of the most engaging things I remember from this particular Fire Emblem installment. Lyn was one of the most notable female characters in this game for me because she’s honest, in a position of power, and like most Fire Emblem characters, tends to be very wholesome and good.

But that’s what I love about the women I personally chose to recognize. Female characters in video games don’t have to be about being the damsel in distress, or simply be there to act as a mediator. These are women who have created their own paths by having distinct styles that make you remember and recognize them for the strong women they are.

Who would you choose as your five influential female characters?