I have always had a hard time relating to women, especially women in television and film who are often represented with very feminine characteristics. I identify as non-binary, and I don’t have the same looks or the same mannerisms as the women I grew up watching. So many young girls and adult women are severely lacking in representation in the media because the media for years has only represented one type of woman, and after a thousand women who look and act exactly the same, it can start to feel as if women lack personality, and that to be any different is to be weird. When I discovered Crazy Ex-Girlfriend and Rachel Bloom, things really changed for me. 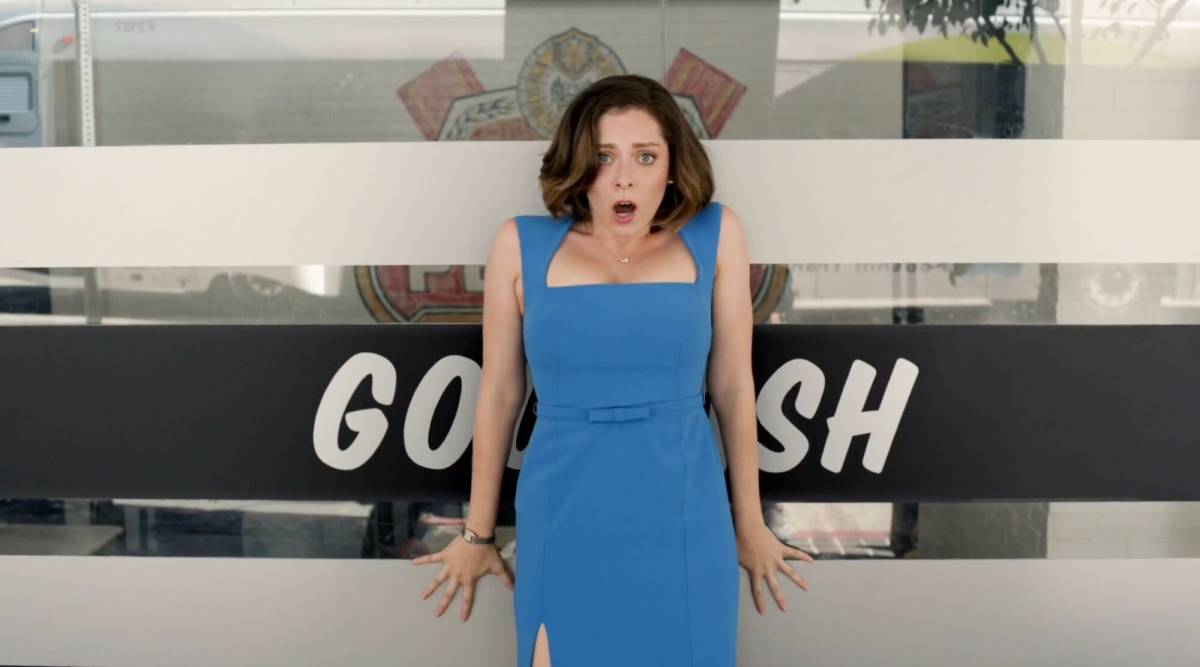 I am a member of a group of thousands of women who love Crazy Ex-Girlfriend and a part of why we love it so much is because Rachel Bloom has finally given women a space to feel appreciated. The show handles a lot of issues, but Rachel portrays a real woman in the show—a woman who uses comedy and has real talent and personality, a woman who isn’t ashamed of her body even if she isn’t a size zero.

In the very first episode of Crazy Ex-Girlfriend, we hear the “Sexy Getting Ready Song,” which right off the bat is an accurate representation of something that is skipped over in film. Women don’t wake up and magically flip their hair and look fantastic; sometimes it takes a lot of work for us to even feel like we look okay, and the “Sexy Getting Ready Song” displays this well. We see Rachel’s character Rebecca trying to fit into Spanx and still not liking how her body looks in them; we see her plucking facial hairs and waxing areas most women won’t want to admit they have to wax. And, of course, this is portrayed in a comedic way. It’s a comedy show, but it’s still authentic—this is what women do but it’s not shown on television, making women feel like they’re the only ones who get ready this way. Right from the first episode of Crazy Ex-Girlfriend, Rachel Bloom made me feel more validated as a woman. 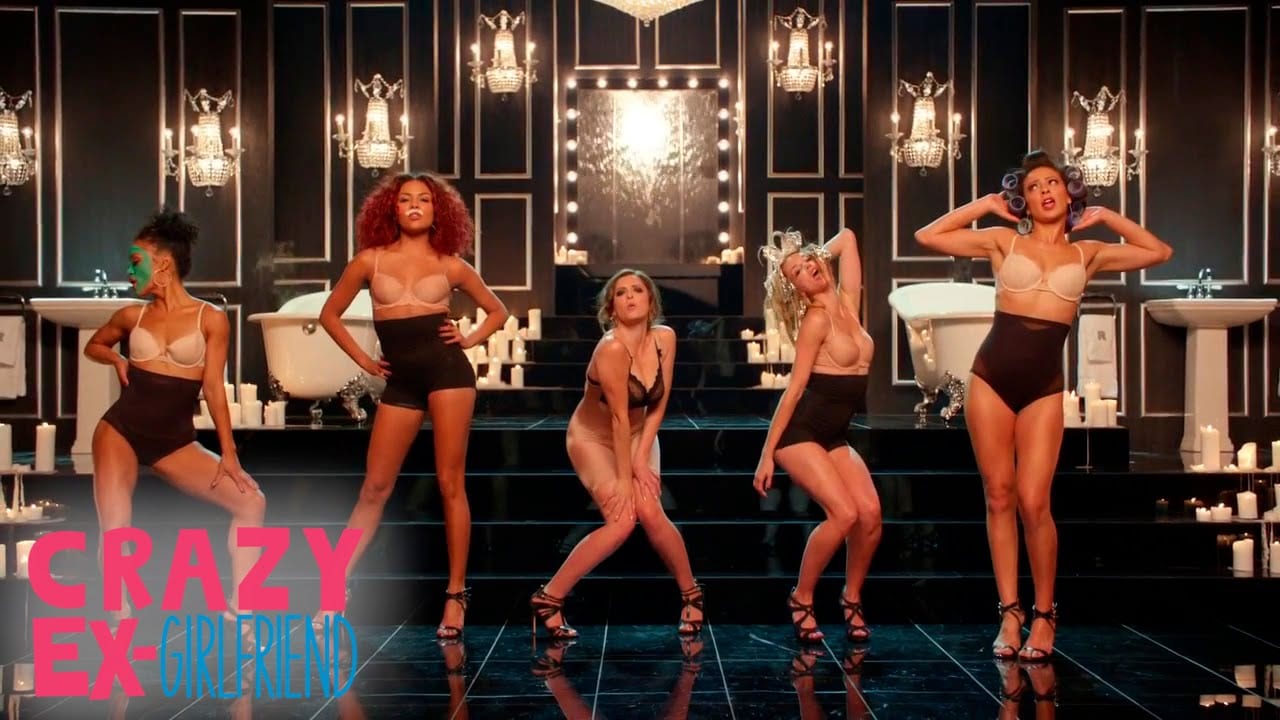 Before the show started, Rachel Bloom had released a number of songs that I unfortunately didn’t discover until later on. The most popular of the songs is “Fuck Me, Ray Bradbury,” which was released for Ray Bradbury’s 90th birthday. Rachel’s music may also be comedic, but her songs have valuable hidden messages in them. For example, “We Don’t Need a Man” is a parody of how women behave when they go through a breakup. They insist that female power is suddenly all they need, and they turn against men to cover up their pain, but in reality everybody knows that they are upset over it and it’s completely fine to be emotional. Rachel’s “Historically Accurate Disney Princess Song” is a really clever parody of a Disney song. It goes into the dark side of historical times that princesses lived in and the fact that problems like these simply don’t occur when we watch a movie about a prince and princess. Nobody likes to talk about issues people had in the past because, as they say, ignorance is bliss. With this song, Rachel gathers the truth from history and throws it in your face with a beautiful Disney-style princess ironically singing it to you.

A theme of Rachel Bloom’s music that I also find incredibly refreshing—and a theme that is heavily represented in Crazy Ex-Girlfriend, too—is the accurate portrayal of sex and our attitudes towards it. We’re all aware that sex isn’t how it is in the movies, especially for women, and Rachel is an advocate for realistic representation of sex in the media. There are a lot of songs from Crazy Ex-Girlfriend falling into this category, with “Period Sex” immediately coming to mind. This song is the first and only time I’ve heard periods referenced in a television show or film in regards to sex. I actually hardly hear periods referenced at all when it comes to adult women. But they occur every month and take over our lives for a few days, and someone should be talking about them.

“We Tapped That Ass” is a brilliant song that actually has men singing about sex and our expectations: “A little to the left, and little to the right, and back to the left, no, you’re doing it wrong, I’ll do it myself” is a line I find hilarious. Because it’s real. It takes work to get things right—in life, too—and honestly “effortlessness” is a word that I couldn’t use to describe anything I’ve ever done. Rachel Bloom knows how to take any aspect of life and show it to us without covering up the dirty side of it; she embraces the dirty, and I really appreciate the realism aspect to her work. 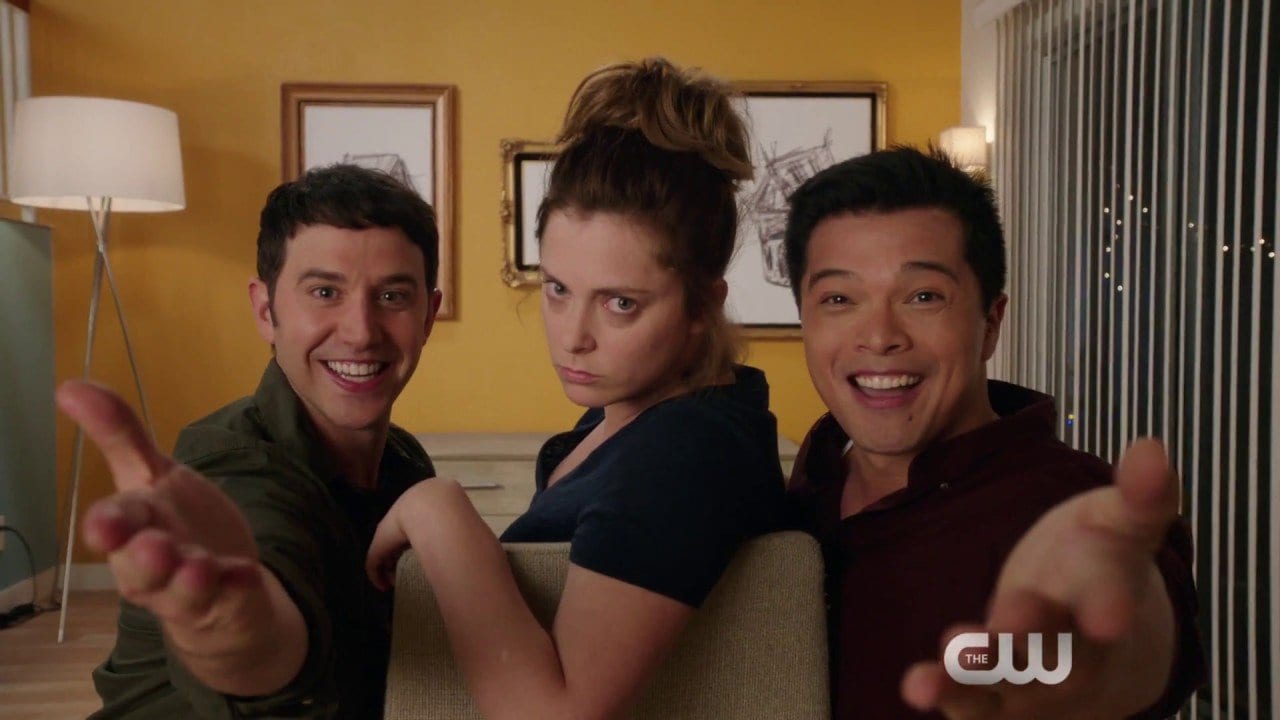 Now, I’ve already spoken about how Rachel Bloom made me feel valued as a woman and validated as a person in general. I’d like to cover how she inspires me, because she does inspire me to do better. I see Rachel every day, and not because I’m a stalker, but because I’m always watching the show, or I’m watching her interviews, or watching her sing live, or listening to her album…okay, maybe I am a stalker. But watching Rachel every day reminds me that this very real, beautiful, talented woman is out there every day working incredibly hard to make her dreams come true.

Rachel has been diagnosed with depression and anxiety in the past (and those are two things I also deal with on a daily basis) yet somehow she still exudes confidence and radiance. Each day it restores my hope that I can still follow my heart and be the beautiful woman that often wish I could be—one who can go out and engage with people and make people laugh without feeling like the world hates me and without constantly wanting to be back home and hiding from people. I struggle a lot with that, and knowing that Rachel Bloom deals with the same mental health problems I do and yet is still the incredible human that I look up to really makes a difference to me. 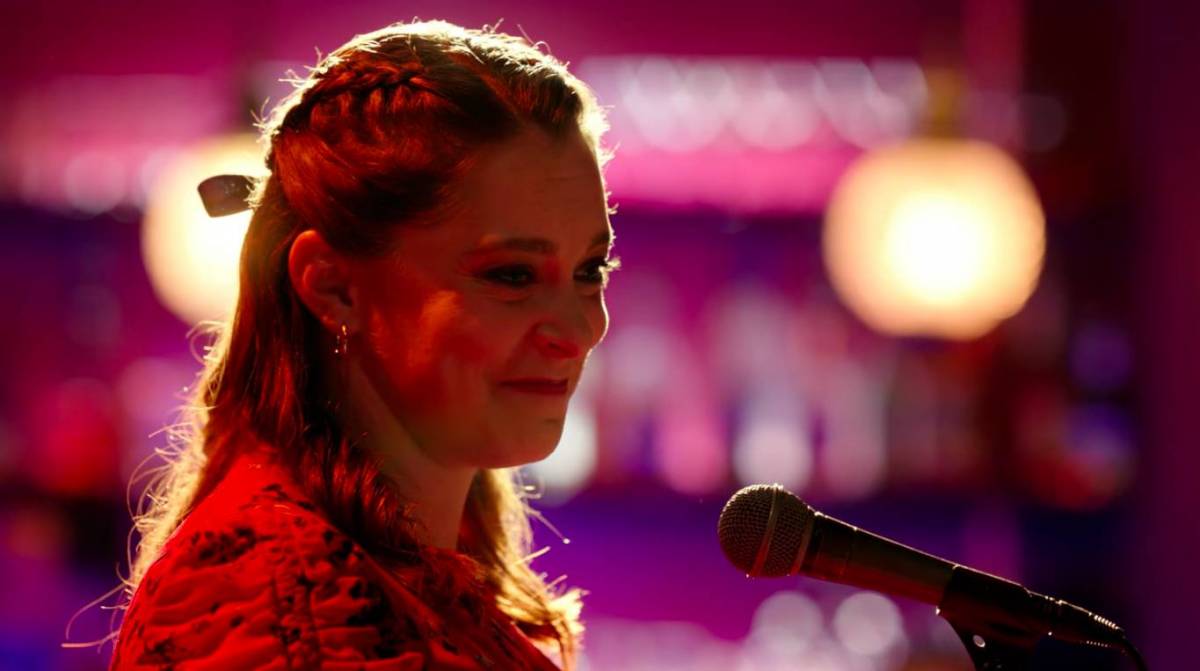 I couldn’t possibly encapsulate in any amount of words how much Rachel Bloom and Crazy Ex-Girlfriend mean to me and how they have changed my life. I’ve used the word validation so much that it may have lost all meaning, but it means the world to me to have someone on television that I can finally relate to. Through Crazy Ex-Girlfriend, Rachel Bloom has given accurate representation of women like me with mental health problems, and those of us who are bigger sizes, and who struggle with looking the way we want to, and those of us who question our sexuality, or have trouble in relationships. She also is living proof to the entire world that women can be smart, talented, and funny, and have unique personalities and their own opinions about things. Crazy Ex-Girlfriend is a show that you really can’t hate when you give it a chance, because it’s so clever, and so fun, and that’s what Rachel Bloom is, too.

I couldn’t be at the live Crazy Ex-Girlfriend show at Radio City Music Hall because it was too far away from me, but I followed videos of it very closely. Seeing Rachel walk out onto that stage made my heart so full. Rachel Bloom is one of the most hardworking people out there; she is always working on what’s next, and it’s so clear what the show meant to her. Watching her perform at a huge venue felt like watching a member of my family achieve their lifelong dream, and I know that I (and every other fan of the show) teared up and cried for half of the performance. I’m so proud of how far Rachel has come since the beginning of the show when I discovered her, and at this point I’m really not sure where I would be had Crazy Ex-Girlfriend not come into my life. I owe a lot to Rachel Bloom and I am so thankful for all the effort she has put into representing real life and real women in her work.