Horror heroines are reserved in their own hall of fame—an infamy filled who’s who of survivors living with the title of Final Girl. Of them all, the usual names who have tangled with the Myers and Voorhees of the world tend to comfortably take their place. What I often spot in these easy to compile honors is some hard to miss omissions—none is more egregious than the overlooked heroine Jennifer Hills (Camille Keaton). I’m not sure why she’s become such a missing figure in horror culture, but now is the time to cement her place among those hallowed names. 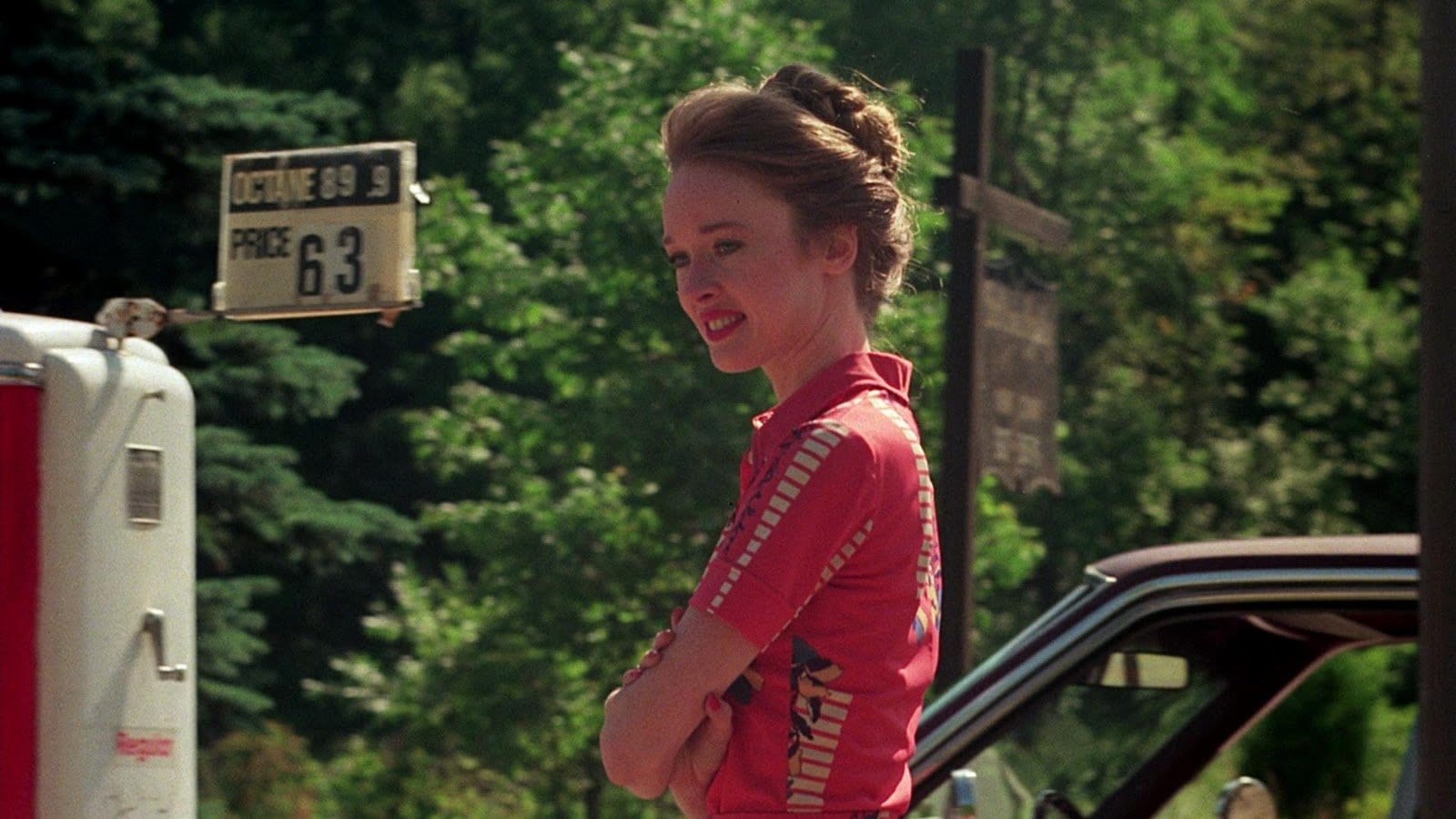 For those readers scratching their heads as to a name they just can’t place, have no fear as I jog the memory. You probably know Jennifer more by the damage done to her than the woman who withstood her attackers. The young writer happens into a living nightmare during the 1978 film I Spit on Your Grave. Yes, that film.

It always courts controversy; since its release in 1978, the film has been vilified by many, including Roger Ebert in his now famous review. Of his take on the film, the most interesting aspect—one he seems to be oblivious to—is the female viewer who loudly roots for Jennifer’s revenge. The very reason why that woman reacted in that manner is a great place to start in the mythology of Jennifer Hills. Her life echoes our own in a way that men will never understand, no matter how well-intentioned or understanding.

Since childhood, we’re told the birds and the bees and how to protect yourself from all of it. Little girls can never walk to a bathroom alone or play by themselves. As we grow up, those teenage years get more tricky. While we try to learn about our bodies and sexuality, there’s constant fear that our dates will not understand consent or the random party goer will fail to understand that they’re not welcome in our lives (or our bodies). Soon, adulthood is here with all the catcalls and social graces underhanded intentions can muster… We have to walk (or run) in pairs, go to events in groups, and watch out for where conversations will go. It’s all a rather tiresome experience that supposedly protects us from one of our worst nightmares—sexual assault. Unfortunately, none of this works. According to current statistics from RAINN, 1 out of every six women will be a victim of attempted or completed rape, and a woman will be sexually assaulted every 92 seconds. This is not just Jennifer Hills’ world; it’s our own.

So, why the revulsion? Some say the film is an elaborate exercise in glorifying rape. In my repeated viewings of the film, I’ve yet to see this supposed “glamorization” of the subject — this a brutal film— with good reason. There’s no sugar-coating the sequence in which Jennifer is raped; it is pure repulsion and vile horror. This is every woman’s worst fear come to life and played out without flinching or cutting away when the acts occur. Both painful and disturbing—the scenes are a reminder of the real horror that is endured every day across the world. We don’t get a chance to look away from it or turn the camera off. The fact that Jennifer survives is a testament to her sheer will. Even if Matthew (Richard Pace) had gone through with the other’s murderous plan, I truly believe her strength would have gotten her through; not unlike the real survivors who find a way to make it under unimaginable circumstances.

The film itself is a case of two stories, victimization, and revenge. Much like the final girl that she is, Jennifer doesn’t just wait for revenge to handle perpetrators with care—she embraces the concept with a deep understanding of what’s on the line. For Ebert or anyone else for that matter who has questioned her violent quest, you need to look no further than recent events. We live in a world where victims of rape face two very real possibilities, keep quiet about the incident or incur the often harrowing consequences of our legal system. For those that do hold onto silence, the issues go much further than visible scars. It’s a mental push and pull, especially when they are faced with their rapist on a daily basis or even considering where they might be right now. Of course, if they do try to come forward later, they’ll be met with “why didn’t you come forward sooner?” or be labeled a liar if that fits someone’s narrative. Some might even face the hateful innuendos that you’re not good enough, or you weren’t worth his time to assault. The legal system maligns even more with the constant burden of proof and smearing of reputations—all in the name of saving a defendant and abandoning the victim. It’s a no-win situation that had to run through Jennifer’s mind over and over again.

So, like any true horror survivor, she goes for those who wronged her. Though mere mortals, these reprehensible backward few are just as frightening as any supernatural entity with a taste for blood. When Jennifer ventures into the church to prepare for her deeds, it’s an acknowledgment that an eye for an eye cannot end well; something weighing upon her conscience with careful measure. While its status among the exploitation playbook remains firmly intact, there’s no denying that this intelligent and fiercely independent woman is prepared for the further consequences she might face. There are no clear lines anymore; her deliberations are both vigilante and vindicated.

Let there be no confusion about the methods and mayhem Jennifer instills on those who wronged her. While some argue that the use of her sexuality is a strange and unrealistic choice for someone who has underdone violent sexual assault, I think it is actually a reclamation. In her acts, she is taking back control of her body and how it is used. If her assailants feed on carnal bait for their traps all the better. After all, Johnny voices those men who constantly advocate a woman was “asking for it” or “deserved it.” In his mind, her body and that of any woman’s was nothing more than a vessel that he judged for pleasure or his sick perversions. As she pulls him into her “web”, the very act of getting in the bathtub with him must have taken everything she had to execute, yet it was this now control of her body that allowed her to switch roles and destroy his manhood before his life slipped away. Her fierce moments in the rocking chair during his dying moments a declaration; that sequence alone shows the fierceness and resolve that it takes for a survivor to finally put their past behind them—albeit on very violent terms. It’s a story, even when complete, that will define her life.

Many of the greatest horror heroines have never had to deal with the grim realities of rape. Jennifer Hills did so and went on to become an icon. Whether it’s the film’s brutality or the simply painful aspects of this cult classic, her place has long since been due but often avoided. She is a survivor and legend that deserves to stand alongside her contemporaries of horror cinema. She is the true final girl.