This week, the fifth exotic hand cannon dropped for the Lumina and, in doing so, Bungie has invented a new way to play Destiny The Game after five years. I’m not going to explain the quest steps or how to get the weapon; there are plenty of places for you to find that information. Instead, I want to tell you why this quest matters and how it changes the way the game can be played.

There has always been a problem with Destiny where the experience curve was super steep just to invite another friend in to start playing. Bungie has committed to remedying this with the Shadowkeep expansion, where getting started is being promised to be a free and much easier experience to hop in and start having fun playing with friends.

Just look at this beautiful weapon of Goodness known as Lumina. I know that term sounds weird, a weapon of goodness, like some Orwellian doublespeak nonsense, but here’s why it changes the game for Destiny.

See, for the first time in battle with and against other Guardians (that’s what we call ourselves as Destiny players, “Guardians”), we have the ability to use our weapons to heal and empower our teammates. Now,  empowering teammates is nothing new in Destiny, but generally it’s been limited to the Supers (superpowers that are different for each class of Guardian and are on a timed meter affected by armor perks) and Exotic gear (the most choice pinnacle weapons of the game, limited in resource in that you can only equip one piece of exotic weaponry and one piece of exotic armor at a time).

The Lumina falls into the exotic weapon category, so it’s still a limiting choice one has to make in terms of loadout, but it’s one that is well worth considering and here’s how it works:

Bungie has fixed something else with this Lumina quest and that is the time spent versus rewards ratio as well as the incentive structure for playing with a 3+ Guardian Fireteam. The Lumina quest took me two days to complete, and I did 90% of it solo, but it would have taken me only hours if I got my two other fireteam Guardians to join. Most of my friends are old, like me, and my clan is dedicated to parents who play Destiny. We all work busy schedules with lots of travel, so getting together as soon as a quest launches is a rarity. But that’s okay because Bungie has put a greater value on that time we do get to spend together and I love this so hard. It means that we will seek that time out to play together more often and get greater rewards with less time and effort as a result of allocating that time to our friendships and play.

It’s important that we remember the joy of playing in these turbulent times. It’s good to know that there are over a million active Destiny players after five years of development and corporate marketing department shenanigans. It’s also very comforting and exciting to see where Bungie is going to take this Universe that so many of us have found a deep connection to and enjoy reviving back inside every week!

Now go get that Lumina! 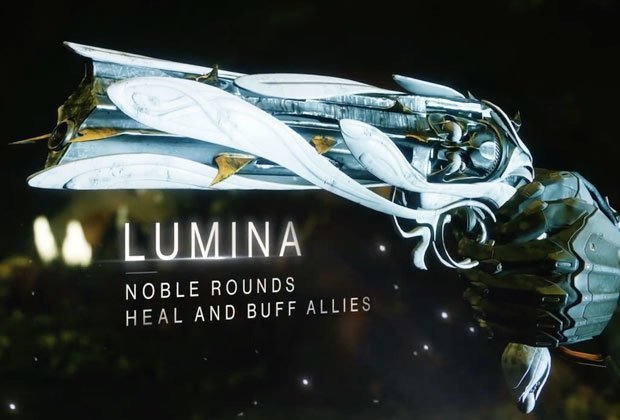 All images courtesy of Bungie

Author of The Skeleton Key to Twin Peaks and Contributor to 25YL. Josh also co-hosts the Red Room Podcast.