This coming week, among its batch of other new coming soon films, The Criterion Collection is likely to announce the film with the collection’s No. 1,000th spine. This has been a long time coming.

What did the good Criterion folks pick for such an occasion? Could it be the granddaddy of all films, Citizen Kane (1941)? Maybe it’ll be a film from famed silent director D.W. Griffith? Criterion might also go with a silent film directed by a woman, which would be appropriate during this era that’s demanding more attention be given to female filmmakers. On the other hand, maybe Criterion won’t mark the occasion at all. Its 100th spine was Beastie Boys Video Anthology, its 250th was its John Cassavetes: Five Films boxset, the 500th was Roberto Rossellini’s War Trilogy and its 750th was Ride the Pink Horse. All fine or at least interesting choices but nothing celebratory. But this is the 1,000th film. One would hope they would do something special this time.

Who knows really. We here at 25YL certainly don’t. But some of our contributors have submitted what they think should be the 1,000th spine. It’s a varied list that we ask you to add to with your choice in the comments.

Criterion seems interested in more than just the sanitized AFI approach to cinematic greatness. They are willing to look at strange, unforgiving films like Fritz Lang’s M (1931) or Lars Von Trier’s Antichrist (2009) and laud them for technical achievements and thematic boldness. On that note, I can think of no better 1,000th Criterion film than Fabrice Du Welz’s bizarre, 2004 movie Calvaire.

It follows a traveling singer whose van breaks down in a small, unusual, dangerous Belgian town. The film then becomes a hellish journey full of empathy, psychological torment, and suspense. A male singer must experience the taut anxiety of traveling alone in a world that looks at him like a piece of meat. This commentary on objectification in the entertainment business would not go amiss in 2019. Also, as Fabrice Du Welz’s first film, Calvaire also heralds a career on the rise. Tense, inventive, and wickedly humorous, it’s at home next to Criterion’s more daring selections. Knowing the imprint’s yen for bonus features, Calvaire has a playful opacity ideal for DVD commentary and featurettes. On a personal level, I can’t find a DVD of this movie anywhere and would pay Criterion prices for a chance to own it.

Whilst I think we’ll probably end up with some landmark film such as Citizen Kane for the 1000th spine, my own personal choice would be the Criterion treatment for The Elephant Man (1980). There is currently no Blu-ray release available in North America. Whilst there are region-free versions of the 2009 StudioCanal release, this version isn’t quite up to the same standards. That’s despite StudioCanal having tried its best to be the alternative to the Criterion Collection for Europe.

Often ignored or dismissed by many Lynch fans as being too straightforward, The Elephant Man has all the classic hallmarks of Mr. Lynch: fantastic cinematography (courtesy of Freddie Francis); eerie, haunting sound design; and straight up surrealistic scenes (bookending the film at the start and end). Much like The Straight Story (1999), Lynch shows that far from not coping well with a more structured script, he excels at focusing his talents on making a dreamlike, emotional world with touches of darkness within a linear script. The film itself has amazing black and white contrast, far from the wishy-washy greys of many other monochrome productions. The soundtrack sits in the background—a constant accompaniment—steering your emotions this way and that, without you really noticing.

This film is haunting, depressing, and beautiful to look at and listen to; a perfect choice for a Criterion release. One sadly lacking from their Lynch releases, although it is available to see on the Criterion Channel. 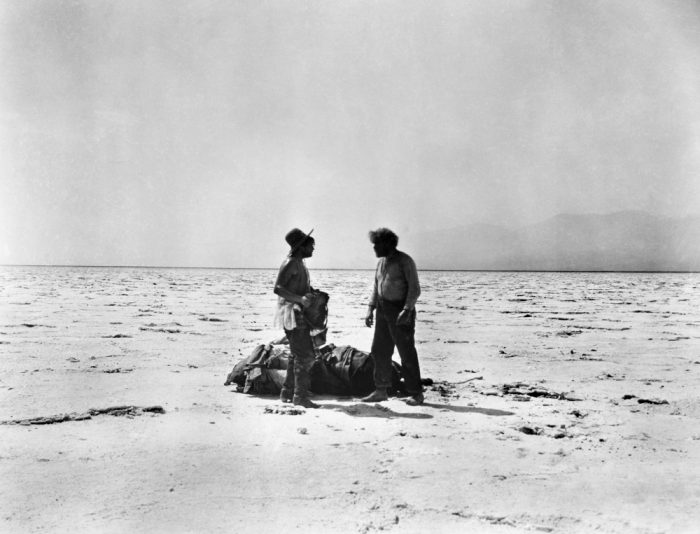 I’ve never seen Erich von Stroheim’s epic, 1924 masterpiece Greed. I’ve caught brief clips of it in film documentaries. But that’s it. I’m not even sure if any of the positives I attributed to it are accurate. Why? Because for some unknown reason, Greed, as far as I know, has never been officially released on Blu-ray, DVD or possibly even VHS except for a Spanish language DVD I found on Amazon. That one of the great silents has been so absent in the home video market is a travesty.

It’s background is rife with problems and history that would be perfect for a Criterion special feature documentary. It attempts to tackle interesting themes of fate and man’s inner nature in the style of a Greek tragedy. I also consider it almost an obligation that Criterion look back to the past and honor von Stroheim’s best known film. He’s one of the most notable silent stars and directors of all time. He deserves the distinction of Criterion’s 1,000th spine. Plus, von Stroheim appeared in Grand Illusion (1937), which carries Criterion’s No. 1 spine, so it’s practically meant to be. 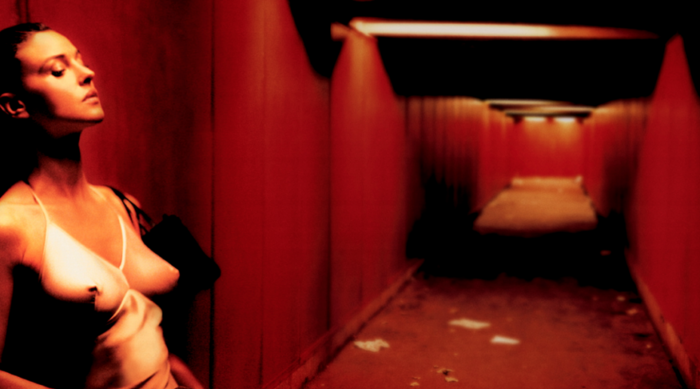 French auteur Gaspar Noe’s Irreversible (2002) should be the Criterion Collection’s 1000th release. They won’t do it, but they really should. They should have already done this. It was honestly hard to choose between Irreversible and Noe’s 2001: A Space Odyssey (1968) riff Endless Love (2010). Criterion already passed on that one sadly, but I digress.

Irreversible is a notable film that fits somewhere along the edges of the French New Extreme and art house. It’s one of the films I can remember seeing that changed the way I viewed cinema forever. Few directors can use the camera in the same fluid way that Gaspar Noe can. Irreversible is a crime thriller, but it often eschews narrative structure to just let the camera float through the ether of this ghastly nightmare of Paris at night that Irreversible creates. The film was (and still is) extremely controversial. Its entire outlook is as nihilistic as it gets, and there’s extreme violence and sexual assault.

The beauty of Irreversible is that Noe rises above all of the exploitation tropes and turns them into an artful, thought-provoking experience that helped to influence an entire generation of cutting edge filmmakers from all over the world. It’s hard to find another film that’s told like Irreversible as well. Think Memento’s use of telling that story backward and you’re halfway there if that film had an added layer of hallucinatory, dream-like camerawork and confrontational social commentary beneath the action-filled plot. 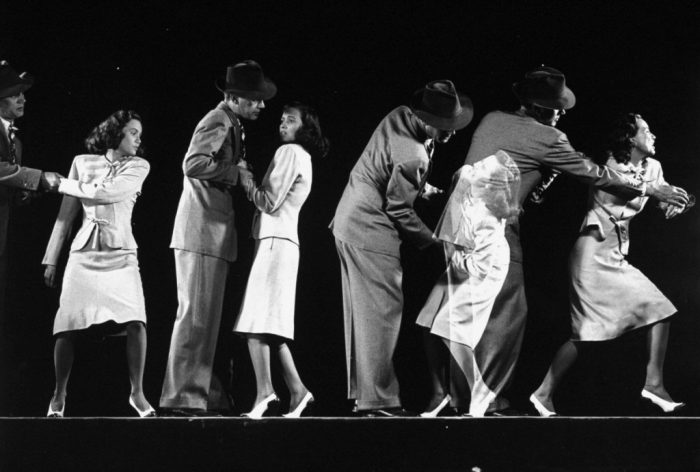 I would like to see the Criterion Collection’s Spine No. 1,000 be Alfred Hitchcock’s Shadow of a Doubt (1943). If I were to bet on this film as the selection, the odds might just be in my favor.

Until now, Criterion has released eight of Hitchcock’s 53 feature films, including The Man Who Knew Too Much (1934), Rebecca (1940), and Spellbound (1945). Criterion has an established tendency to distribute Hitchcock’s earlier films, with the latest Hitchcock film selected by Criterion being Notorious (1946). The last Hitchcock film that Criterion licensed was Spine No. 885, The Lodger: A Story of the London Fog (1927). By my estimation, Criterion is about due for another Hitchcock selection at No. 1000. 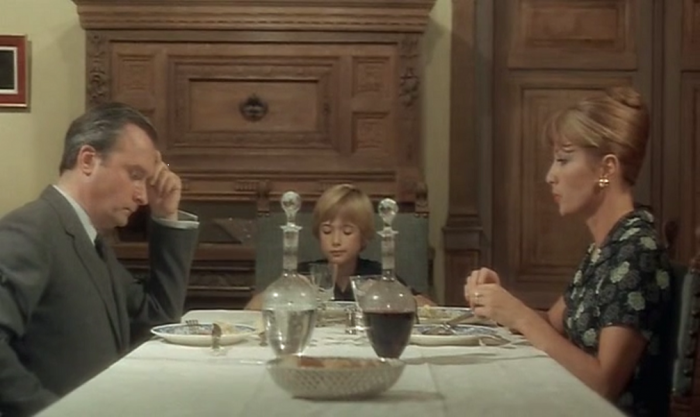 It was very hard to choose a single film among many great ones that deserve to be in the Criterion Collection. Eventually, I went with a member of the French New Wave: master of suspense Claude Chabrol. He is a bit underrepresented in the Criterion Collection, with only two of his films (Le beau Serge, 1958, and Les Cousins, 1959). I’d love to see more of them, especially from his ‘golden era’ (1968-1978).

The film of his I chose is 1969’s The Unfaithful Wife (La femme infidèle) (1969), with Stéphane Audran and Michel Bouquet. Maybe because it was the first I watched, it is probably my favorite among his films of the said period.

The film’s atmosphere is really charged with suspense. The most important things happen underneath the quiet, unperturbed surface of bourgeois family life led and ruled by habits. We see a husband satisfied with this calm, even boring life and doesn’t want to change anything. Then one day, he begins to suspect that his wife is cheating on him.

Certain qualities make you want to see more and more Claude Chabrol films. He delicately examines the human psyche and the hidden motives that lead to actions neither the viewer nor probably the characters themselves could imagine they were capable of. There’s also his beautiful and enchanting atmosphere. It’s on the edge between realistic and illusory, created among other things by means of colors. There are lots of different shades of blue and green, and just enough red to show where the passion prevails. These aspects make The Unfaithful Wife certainly deserving to be among the 1,000 Criterion films.

Tim Rosenberger is a Midwest journalist with a passion for film, a Star Trek phaser in the bathroom, and a last name that’s always spelled wrong. He’s a lover of all film genres and time periods but does lean towards pre-1960s movies, with a particular love for the ‘30s and ‘40s. A film blogger, video reviewer and podcaster in his spare time, he lives with his wife, a cat who hates him, and his adorable and way cuter than your child daughter.