Director Joe Lynch has been toiling away in the B-movie field for a while now, getting increasingly better with each film. Starting his career with schlockmeisters Troma and music videos, he then graduated to features with Wrong Turn 2 (2007). A rare straight to DVD sequel that was actually better than the original from a time when that was a major market, he then moved on to the troubled and compromised Knights of Badassdom (2013). From there he made the apartment set action thriller Everly (2014) starring Salma Hayek and then the pure rush of adrenaline that was Mayhem (2017) starring Steven Yeung (The Walking Dead) and Samara Weaving (The Babysitter 2017). Point Blank is perhaps his most mainstream movie yet, it being a remake of a well regarded French thriller from 2010, and a ‘Netflix Original’ which guarantees an audience.

The original was a stripped-down and stark thriller which like many French films of the last ten years, was stuck somewhere between social commentary and exploitation. For this version of Point Blank, Lynch, producer Joe Carnahan (Smokin’ Aces 2007) and writer Adam Simon (Man Down 2015), gloss things up considerably.

The plot begins with career criminal Abe (Frank Grillo, The Grey 2012) escaping from the scene of a murder of a prominent district attorney. Whilst making his escape he is accidentally run over by his hapless brother Mateo (Christian Cooke) and ends up in the emergency room under the care of nurse Paul (Anthony Mackie, Falcon in the MCU) who’s wife is about to give birth. The cops swarm around the comatose Abe, wanting answers, lead by an overzealous Lieutenant Lewis (Marcia Gay Harden, The Mist 2007). Mateo captures Paul’s wife when he finds out Paul is taking care of Abe and forces him to facilitate Abe’s escape with a threat of violence against wife and unborn baby. Paul and Abe are forced to go on the run, avoiding a trigger happy police force, and the attentions of a gangster Abe and Mateo are indebted to.

Right from the start its clear that Lynch has lost none of the energy that made Mayhem such a blast. The film starts with gunshots, the sounds of shattering glass and a man pounding the pavement to escape from the cops. The pace rarely lets up from here. Taking in car chases, a car wash fight scene, characters suddenly turning on each other, and stakes being raised. Frank Grillo continues to impose as the B-movie grizzled action hero with presence and charisma to spare. Anthony Mackie plays against type as the everyman thrust into the situation who is constantly on the receiving end of beat downs galore. Both of these actors carry the action admirably with moments where they shine when given the chance to express sheer panic, anger or pathos. 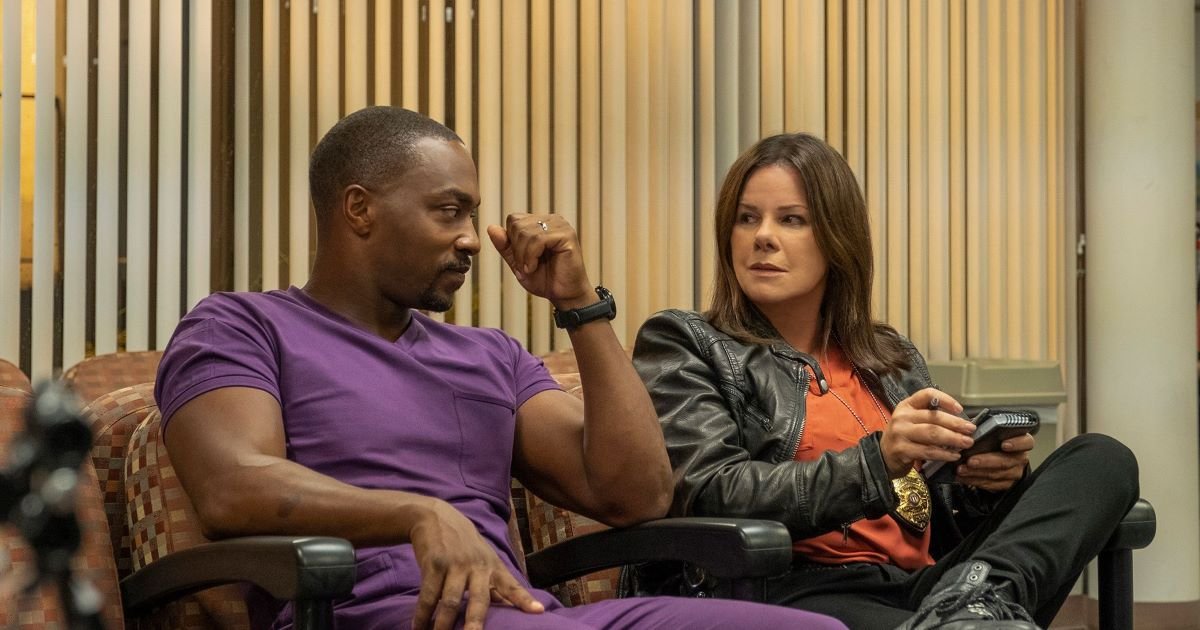 What makes the whole thing even more endearing are the left-field soundtrack choices. At key points, Lynch chooses to drop in tracks from the likes of Sigue Sigue Sputnik, Kid ‘n’ Play and Cameo. This lends the whole thing an air of quirk with some choice moments of humour that actually made me laugh out loud at various points. All of this guarantees you are never bored as you can’t wait to see what twist is heaped upon the characters next and what the next offbeat song choice will be.

If there is one complaint, it’s that the whole story feels like it’s building towards a suitably firepower led climax, and then with the introduction of a comic relief ‘gangsta’ it never quite gets there. Choosing to go with a bigger reveal and a rather subtle character ending rather than what the dishing out of bulletproof vests scene would lead us to conclude was going to happen. It ends on a rather quiet note which feels not in sync with the adrenaline pumping ride the film had been until the final act.

Having said that, Point Blank is a perfect Friday night movie. The kind of film that you wish they would drop every Friday to enjoy with beer and pizza at the end of a long week. A mid-tier and budget thriller that they don’t release in the cinema anymore. It’s breathlessly entertaining and doesn’t outstay its welcome at under 90 minutes. Hopefully, Joe Lynch will soon get the recognition he deserves, and maybe a bigger budget and a cinema release for his next film. If he’s not quite the second coming of John Woo, he at least might be the next Dwight H.Little (Rapid Fire, 1992).