It is March 1993. I am fourteen years old, I have just got the album “Green” by R.E.M. I sit in my bedroom on an unseasonably warm day. I hit play on the tape deck, and “Pop Song 89” blares from the crackly speakers on my cheap hi-fi. It didn’t grab me straight away, but something was happening. The next track is “Get Up,” and it seems to be about dreams, possibly dreams preventing sleep. This didn’t sound like any kind of music I was used to at that point. The next track is “You Are The Everything” and my confusion grows, this didn’t sound like a love song. It sounded like something more than that, a hymn to the eternal, a sequence of words trying to describe unimaginable beauty.

Somewhere between the end of this track and the start of the next track “Stand,” something within me had changed forever. It may have been the fact that I was looking out the window at Harrow on the Hill in the distance, and naively thinking that’s where I would escape to someday from my comfortable suburban life. It may have been Michael Stipe just described some things I had always thought about and not been able to even articulate. Either way, from that moment on, life was never the same.

Blinded by the Light is inspired by the life of British journalist Sarfraz Manzoor and his obsession with Bruce Springsteen. Like me, he found something that resonated so deeply in the music and lyrics, he felt compelled to write about it. Manzoor co-wrote the script with Chadha and Paul Mayeda Berges and it is based on Manzoor’s acclaimed memoir, Greetings from Bury Park: Race, Religion and Rock N’ Roll.

It’s 1987, Javed lives in Luton, England (a mere ten minutes from where I write this right now). He is starting A levels and lives with a strict Pakistani family steeped in traditions of family and honouring the mother and father above all. Javed dreams of escape, something more than the stifling expectation of heading into life as a doctor, lawyer, or accountant. He wants to write, he has committed poems to paper but isn’t convinced any of them are worth anything. He and his friend Matt, though separated by their cultures and living on the same street, want to start a music career and Matt is counting on Javed to come through with songs. Most worrying of all, Javed has to dodge the casual racism so prevalent in the ’80s, and fuelled by the anger that Thatcher’s government created with its economic austerity and record unemployment.

At school, Javed is given two tapes of music. Music he is not familiar with from his love of the shallow pop music of the day. The albums are by someone named Bruce Springsteen, and called “Darkness on the Edge of Town” and “Born in the USA.”  One historic night with a hurricane the weatherman said we wouldn’t get, and after another dressing down by his family, Javed puts his Walkman on and listens to The Boss.  His mind, it’s fair to say, is blown. He stumbles out into the storm; he hears the pain, the longing, and the lamenting of troubled times in Springsteen’s voice. He identifies with it, the struggles, the rage, and the words fill and dance around his head. Someone understands him finally, is seeming to talk directly to him, and Javed will never be the same again. 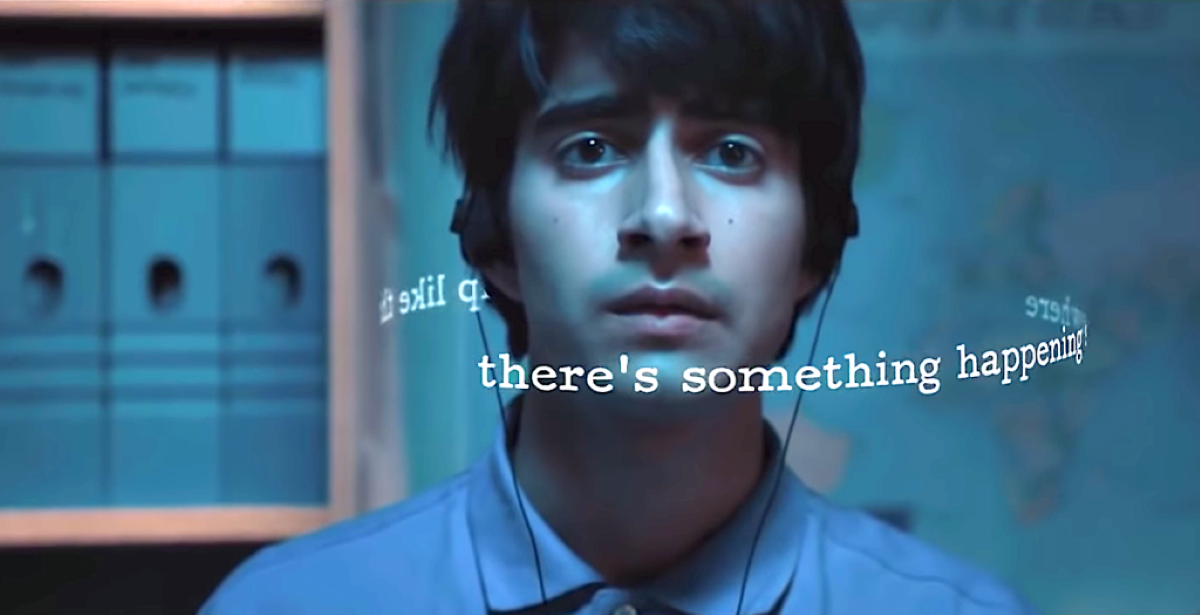 Gurinder Chadha (Bend it like Beckham 2002) has made a near-perfect film for anyone who ever had the life changed by an artist, maybe even the perfect film for this awful time we currently live in. At first, I was skeptical, a quasi-musical based on a true story featuring the music of Bruce Springsteen just seemed too cash-in to me. British cinema has a habit of having one hit and then repeating the same formula ad nauseum for the next five years (just ask Shaun of the Dead 2004). Blinded by the Light was coming after the similar Sunshine on Leith (2013) and with Rocketman (2019) still in cinemas.

The film didn’t start well, I thought the performances were somewhat wooden and the constant nostalgic ’80s jukebox needle drops were beginning to grate. Then the initial encounter between Javed and Springsteen happens. A dark and gloomy bedroom and a mid close up on Javed’s face as he listens to ‘Dancing in the Dark’, Springsteen’s epic hit about loneliness and malaise. I understood perfectly the moment that Chadha was trying to capture; it was me as a frustrated teen hearing R.E.M for the first time again. I began to cry happy tears, and I realised I was watching something truly special. From that moment on, I was absorbed by the film; I wanted this kid to escape, to thrive, and to experience the joy the film was reminding me of. It made me laugh, it made me cry, it made me feel something inside a cinema, and it’s not a huge budget superhero film either.

After the literal and spiritual storm, Javed is a different person. He is rarely without headphones and Springsteen on repeat. Javed starts to dress differently, and the inspiration kicks his writing into gear it needs and is noticed by an enthusiastic teacher. The inspired teen stands up to the racism, he stands up to his father, his path and destiny seem set, and he can overcome any obstacle. Javed gets a girlfriend, gets a new best friend, gets his life together, and his dreams of escape from Luton seem achievable.

Unless you are Cameron Crowe (Almost Famous 2000) or doing an out and out musical, joy is a very difficult thing to capture on film. Chadha conjures up those teenage memories of walking around your neighbourhood with your headphones on and being lost in your music. Wishing you could share what you felt with the world, and somehow bursting into song with your favourite track for all to hear and accept. Blinded by the Light doesn’t go full musical number, but it has a number of these scenes that could be fantasy, or might just be sheer teen rebellion and force of will captured on film. When confronted by racists in a café, Javed rebels with his friend by singing Springsteen at his persecutors. Another later scene of political strife is counteracted by three people singing and dancing to “Born to Run” around the dull town landmarks they call home. The joy is infectious, and truly a marvel to behold. Somehow it makes already great music even better by placing it in an identifiable visual context. 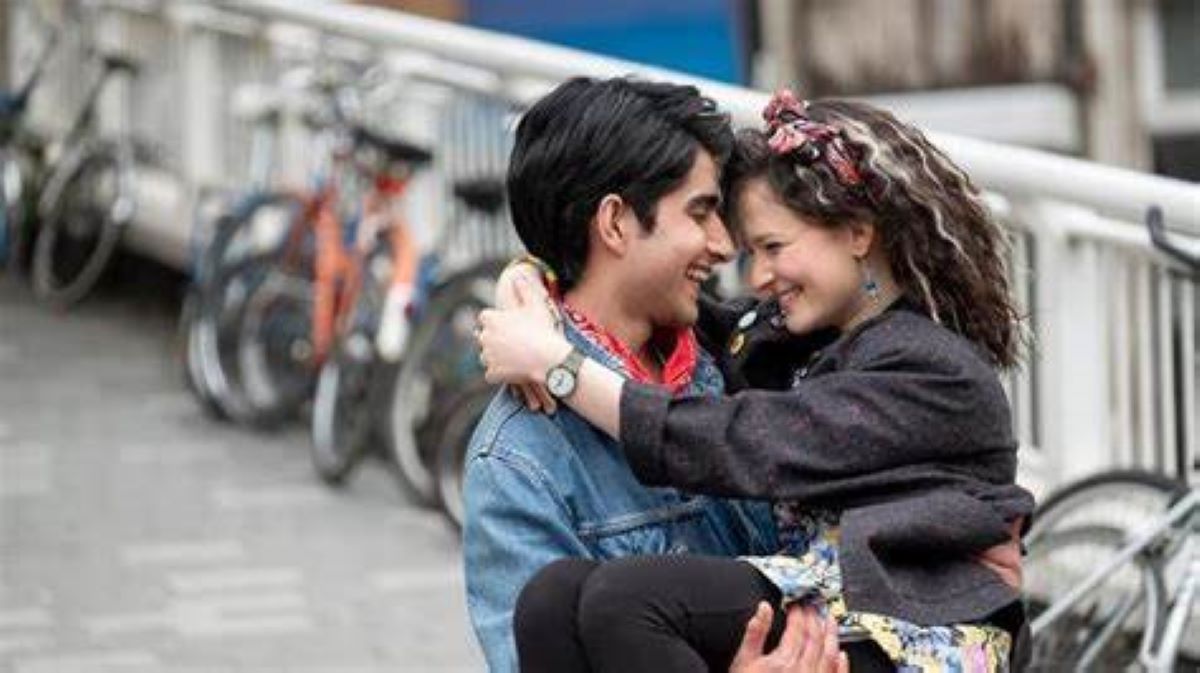 As the economy continues to worsen and his father loses his manufacturing job, Javed begins to lose sight of the fact that the very thing Springsteen is talking about – the plight of the working classes – is the very thing that now afflicts his father. He is becoming selfish, his dreams and inspiration perhaps now an unstoppable force culminating in a near race riot when he leaves a family wedding to grab Springsteen concert tickets. Lessons are learned. Wounds are healed, but the path is set and ultimately ambition and energy triumph. This reminded me of the energy I had once that had gone thanks to years of struggling. I remembered what I had been through so far that had brought me to where I am today. I’m different to who I was at sixteen, but the desire to create and think beyond every day has never gone away.

With its underlying themes of Thatcher’s Britain in the ’80s and the racism this fuelled, it also brought something else back to me I did not expect. There is a scene in the film of some young kids urinating through the letterbox of the only Pakistani family on their street. I’m fairly certain this once happened on the street I grew up on. I was not involved, but maybe I could have done something. Although things are better socially than they were back then, the United Kingdom of today is a contradiction of itself. We are less united than ever and yet have an incredibly diverse and varied population made up of all races and nationalities. There is a shallow resentment towards much of this that has led to Brexit and contributed to the rise of right-wing politics seemingly worldwide.

Back in the ’80s, I was lucky enough to have a teacher who chose to teach her class early on about the value of other cultures, and the evil of racism. I was changed by this and rejected the poisonous views of most of the people who surrounded me. The racism and intolerance back then was so widespread, and families of ethnic backgrounds so rare on the streets where we lived. Blinded by the Light made me think back, not just to who I used to be, but where I used to be. Did I do enough to spread understanding and tolerance? I don’t know, but I do know that the two kids in my school who were from a different culture are still two of my best friends today. This film made me realise that we have never had a conversation about how difficult it must have been for them back then, and I feel maybe we should have.

Now Blinded by the Light is not a perfect film. Some of the performances by many first-timers still feel off, and a sub-plot about lost friendship and time moving on doesn’t really pay off the way you expect considering the prologue. Hayley Atwell’s inspiring teacher character also does feel a little too fantasy to be real and serves as little more than a plot mechanism with no character arc of her own. However, it’s still difficult to remember a film that reflected my own experiences with music, culture, and inspiration that sent me out on a real high the way this did.

I’m not going to lie, 2019 has been awful for me so far. In retrospect, maybe 2016-2018 wasn’t great either. Blinded by the Light reminded me of something I thought I had lost. The things that inspired me, the energy I used to have, and the joy I used to be able to conjure inside. Maybe even just a rediscovery of the reason I love cinema in the first place. For that reason, I will always be grateful that I had the experience I had with the film at this time of my life. It’s the exact kind of film the world needs right now. Perhaps in months to come, I will look back on this as a turning point: The point where I rediscovered hope.

Blinded by the Light was viewed at a Cineworld Ultimate Screening on 9th July. It hits cinemas in the UK on 9th August, and in the US on 14th August.