I attended my first film festival in 2004. The London FrightFest has been going for twenty years, starting in 1999 and constantly shifting venues and sponsors for much of that time. A real community and air of celebration has built up around the festival, so much so that filmmakers and regular attendees look forward to going so that they can catch up with old friends. Shortly before moving out of my parents home, I took what money I had left and went for the whole four day event.

The first film on the bill was Park Chan-Wook’s masterpiece Oldboy (2003). I barely had time to recover from that experience and was then thrust directly into Alexandre Aja’s Switchblade Romance aka Haute Tension (2003). At the time, the slasher movie wasn’t really in vogue and horror was in a kind of flux. Things were coming out of the Scream (1996) influenced self-aware period, Saw (2004) hadn’t yet come out, and as a result, the 2004 FrightFest had a lot of variety in its programme. Switchblade Romance was a true cinematic experience, it looked incredible and was absolutely merciless in its depiction of constant violence. It had no sense of humour at all and set out to shock and make you uncomfortable with no time to wink at the breathless audience. It was clear that Aja was the real deal, even if the final twist in his film felt unnecessary and contrived.

During his brief Q&A at the festival, Aja told us all that his next film was a remake of Wes Craven’s The Hills Have Eyes (1977) which Craven himself would produce. Interestingly enough, in the gift bag for attendees of FrightFest that year was a DVD box set of four of Craven’s films which included The Hills Have Eyes, which at that point I hadn’t actually seen. To be honest, I wasn’t all that impressed with the original. Craven’s films for me are very hit and miss. For every Scream, A Nightmare on Elm Street (1984) or The People Under The Stairs (1991) there are about five films like Cursed (2004) or Shocker (1989). Films that just don’t work and don’t have any real substance other than attractive stars and screams. The original Hills Have Eyes felt like kind of a slog, it wasn’t quite Swamp Thing (1982), but the pacing was really bad and it felt like when the supposed carnage did occur, it was kind of too little too late. It didn’t really live up to other classic horror films of the ’70s which held up, and still hold up today. 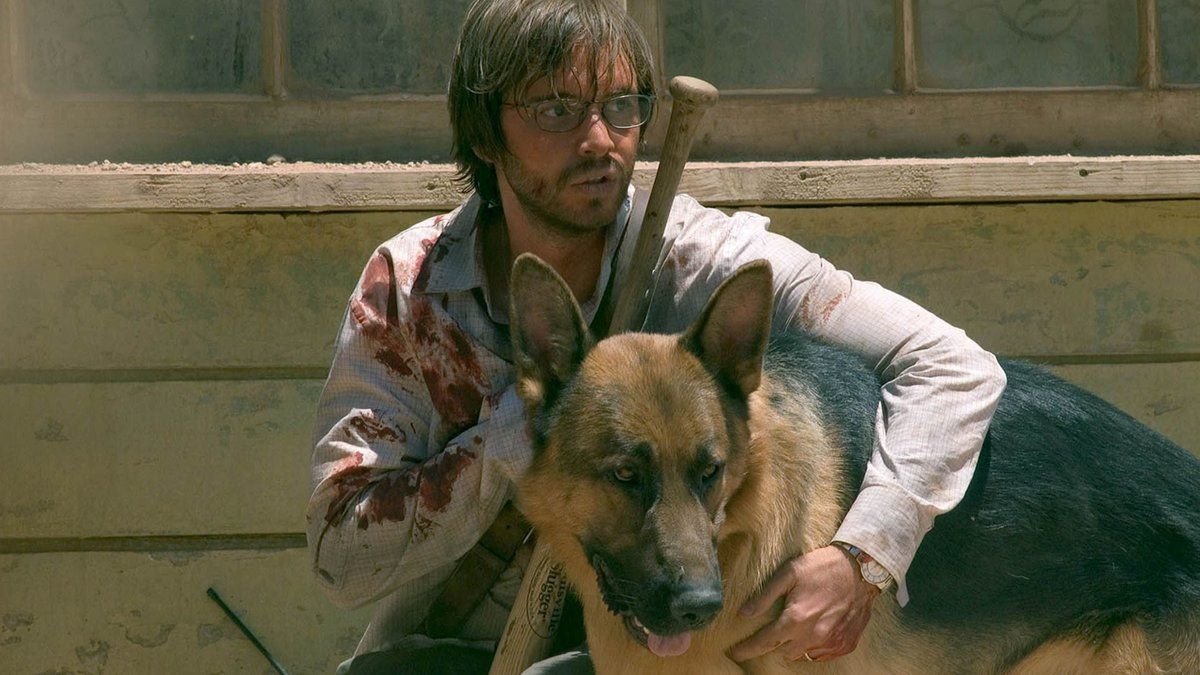 Two years later, in early 2006, a year that would also give us Pans Labyrinth and Children of Men, Aja’s remake hit cinemas. The early online buzz was that this was a remake worth watching, so one Saturday afternoon I went to the local multiplex to give it a look.

The film begins in the New Mexico Desert as a group of people in hazmat suits testing radiation are slaughtered by a hulking figure with a pickaxe. It wastes no time setting the tone at all with the resulting human meat dragged behind a truck. We then head into the opening credits which provide imagery of folksy ’40s Americana along with the country’s atomic triumphs. Disturbing images of mutated children are spliced in between the frames with a sudden squeak cutting through the pleasant music.

We then catch up with the family that the film will centre around as they stop for gas in their truck and airstream trailer. The patriarch and former cop Big Bob (Ted Levine, The Silence of the Lambs 1991) his loving religious wife Ethel (Kathleen Quinlan, Event Horizon 1997), their oldest daughter and new mother Lynn (Vinessa Shaw, Eyes Wide Shut 1999) her IT professional husband Doug (Aaron Stanford, X-Men 2 2003) and then middle daughter Brenda (Emilie de Ravin, Brick 2005) and youngest son Bobby (Dan Byrd, Easy A 2010). They of course breakdown thanks to a carefully placed line of spikes on a desert road and then it begins to become clear that Aja, has a lot more on his mind than just remaking a supposed classic.

I know the world right now is in a terrible state but in 2006 things were not really much better. Post 9/11 the western world had entered into a war based on lies that threatened to go on forever. It was less a war against a country and more a war against a culture. We had occupied Iraq to the cost of thousands of innocent lives and were making minimal gains in Afghanistan against an enemy who knew the terrain much better than we did. People were conditioned to live in a constant state of fear from terrorists whose beliefs were frequently demonised by the media.

After the family car breakdown, it’s not long before the oldest father and youngest son arm themselves. Big Bob then chides Doug for being a democrat and being uncomfortable around guns. He and Doug decide to go walking for help, but before they do so, Ethel decides they all need to form a prayer circle. With the two males gone the remaining family set up camp with the American flag embedded in the background of these shots, flapping in the wind. The parallels with what was happening in the world begin here, and they keep building.

When the mutants watching the family in the hills begin to make their presence known, the dog dies first, then there is a horrible suicide. Eventually, Big Bob is crucified in front of the family and burned to death. Aja lingers on this in detail, making certain we hear Big Bob scream and watch his eyeballs go white and melt. Aja remembers a rule that made Jeremy Saulnier’s Green Room (2016) so effective. Make the initial act of violence so horrible that it sets a high level of tension because you don’t want to see the same things happen again. The following attack on the women left in the family trailer is intense, involving dead birds, sexual violence (thankfully not that graphic) and guns held to crying babies heads. The two oldest women are killed and the youngest son chases the mutants away with his gun after they steal the baby, firing thoughtlessly into the dark at an unseen enemy.

Even if politically we may not have liked these characters, we are made to feel the sorrow and anguish as well as downright terror of those left alive. The dialogue in the film from here on in is minimal, talking replaced with sobs and grunts of aggression as the civilised are forced to become savage in order to survive. Doug heads off into the hills with baseball bat and dog (no gun) and the remaining brother and sister rig up their camp to defend from more attacks.

From here the film feels like a western (with guitar twangs on the soundtrack) as Doug arrives in a fake, scorched town, abandoned by the government decades before after they finished their atomic testing. For a while it looks like Doug might triumph in this unknown enemy territory. He finds the baby early on, but is then forced into more savagery as he encounters the brains behind the whole scene, hears of their plight and is forced to confront the faces of the mutated and burned children abandoned by his world. Despite this sounding fairly on the nose, it isn’t rammed down your throat in terms of metaphor and subtext. That is until the mutant master brain sings the national anthem and the US flag is buried into a huge psycho’s neck ending his struggle.

After this Doug gleefully kills any mutants he comes across, not even waiting to be attacked first as the kids back at the trailer deal with a brief appearance by character actor Billy Drago (The Untouchables, 1987) as a screaming hobo like lunatic. Finally Doug’s child is saved by one of the children, giving him a moment of pause after another savage beating. 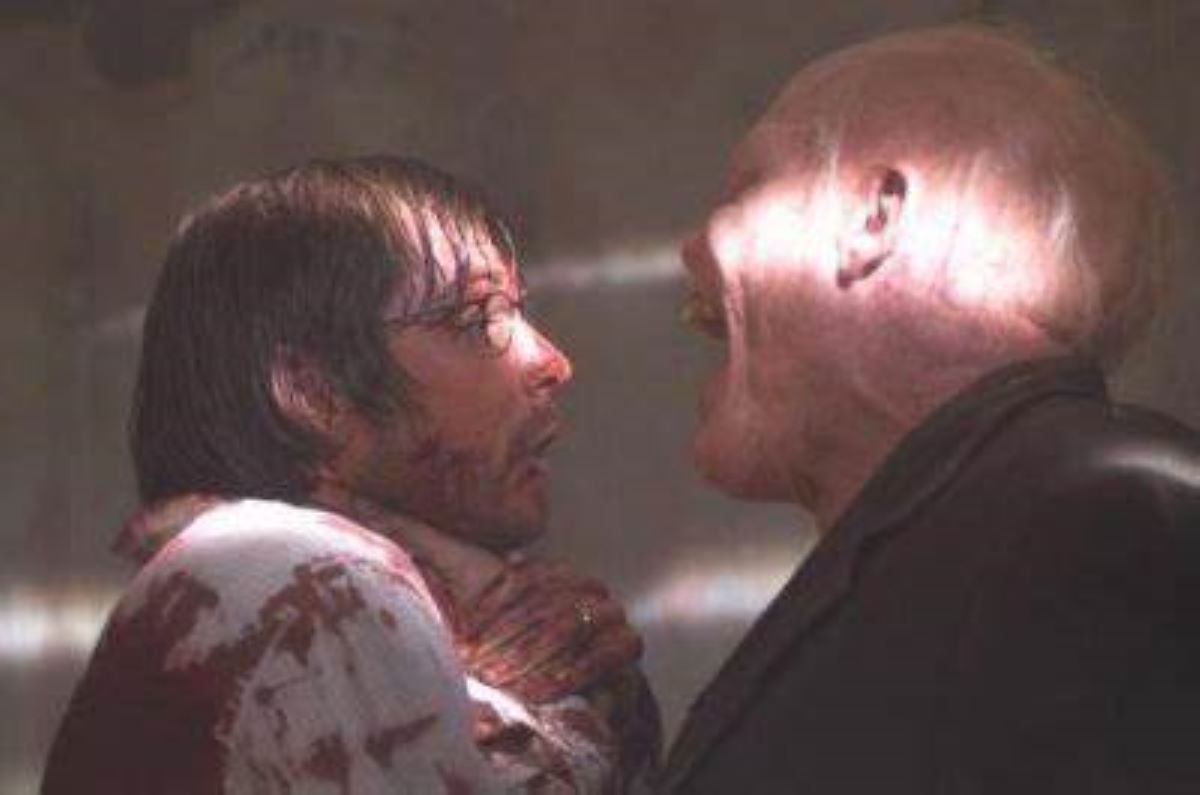 The Hills Have Eyes is a superior remake and not just because it has a lot to say about the world at the mid-point of last decade. It’s that rarest of films in that it takes the themes of the original and expands and improves upon them. Aja’s redux of a supposed classic is absolutely relentless in terms of pacing and tension. It simply does everything that it’s supposed to do but does it with style, flair and an eye for making you think. For 2006 there is a pleasing reliance on practical effects work other than some CG make up on the kids, this lends the whole thing a semblance of reality. Momentarily this gave me faith in the Hollywood recycling machine. I thought maybe the strategy should have been to take films that were not necessarily that great the first time but had great premises, and then do everything better the second time. Alas, it was not to be, and lessons were not learned, suitably demonstrated by an awful sequel to this film that came out a year later and killed the fledgling franchise.

Alexandre Aja would go on to direct another superior remake with Piranha 3D (2010) four years later, but that film lacked subtext and instead went for titillation and a frankly amazing central blood bath to score points. Aja has not so far equalled his first two films, but it is still amazing that somehow he made The Hills Have Eyes for a major studio considering everything he got away with. Hopefully, it won’t be long before he manages to make something on this level again. The 2006 Hills Have Eyes does not deserve to be brushed away as just another disposable remake.