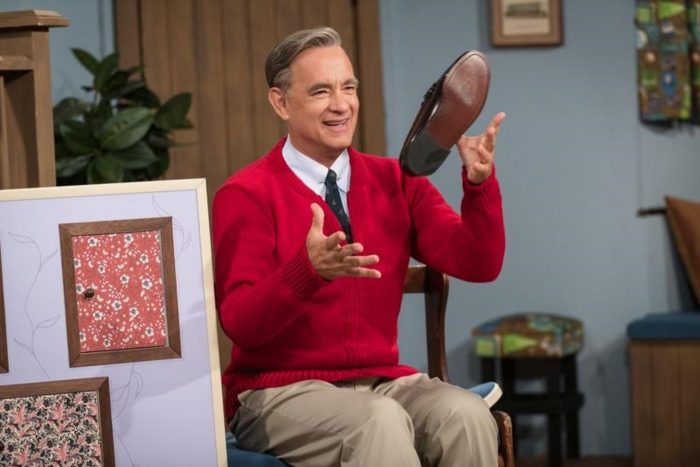 A Beautiful Day in the Neighborhood, arrives in theaters November 22. It comes on the heels of last year’s summer hit, Won’t You Be My Neighbor, a documentary on Fred Rogers and his show Mister Rogers’ Neighborhood.  If you grew up anywhere between the 1970s and 1990s, chances are your mornings were spent watching it. The children’s show taught us how to be our best, most accepting selves. If the first trailer is any indication, tissues will be needed as childhood memories will most likely come flooding back.

The film follows Esquire magazine writer Tom Junod (Matthew Rhys) as he writes about the hero that is Fred Rogers (Tom Hanks). Emotions and nostalgia begin to hit as those famous intro notes are played and Hanks is seen recreating the opening to Rogers’ show. It’s as if he never left and we are simply rejoining him after a long hiatus.

The entire trailer creates a sense of togetherness. It manages to capture the message that Fred Rogers often spoke about on his show, that a little kindness can go a long way. It culminates with a group of teens noticing Rogers on the subway and leads the entire car into a sing-along of his opening theme.

Tom Hanks already shows that he plans to be a front-runner for award season. It’s no surprise since there really couldn’t be anyone more perfect to play the role. It will be interesting to see the film explore the many sides of Rogers and also give all who loved and grew up with him that little push of hopefulness that comes when Mister Rogers’ Neighborhood is brought up.