Two women enter a church. They go in with the full intent of coming out as a new, happily wedded couple. It’s nothing that hasn’t been witnessed time and time again in the last century with the passing of LGBT marriage laws. Now, what if this scenario was actually taking place in 1834 England?

A lesbian marriage being official in the year 1834—the same 1834 that is often read about in the pages of Jane Austen and the Brontë sisters, where young girls are groomed to wed and are released into society through extravagant balls held in the finest estates. Also where women were treated more like property, and not allowed very much say about anything. How then? How could two women break through the walls that society had built up and achieve the unachievable?

The new HBO series Gentleman Jack is the focus of this incredible and very true tale. It centers around Anne Lister who returns to Shibden, an area in West Yorkshire, after an excursion through Europe to plan the next chapter in her life. She’s 41 years old and after failing in romantic relationship after romantic relationship—which really isn’t her fault when she’d been instilled with the idea that “close relationships” with women are only appropriate until it is time to settle down with a husband—decides that she might find true love back home. When she arrives she begins to fix up her family’s home, takes up coal mining management in order to bring in an income, and most importantly strikes up a “friendship” with fellow landowner Ann Walker. 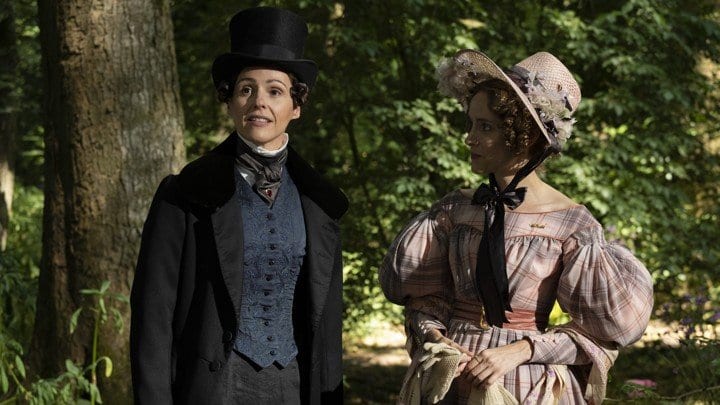 “Nature played a challenging trick on me, didn’t she? Putting a bold Spirit like mine in this vessel, in which I’m obliged to wear Frills in petticoats? Well, I refuse to be cowed by it,” says Anne Lister, portrayed by the talented Suranne Jones, in an episode of Gentleman Jack after she is faced with the reality that the way she lives her life may not be deemed appropriate. Actually, it was punishable by death and a neverending battle that the real Anne Lister was faced with.

As a child, Anne Lister was a tomboy and was shipped off to boarding school in an attempt to correct it. Instead, Anne flourished in learning all she could and began her first of many relationships with women. Never once did she conform to how society wanted her to be. Instead, she insisted on marriage for love, and for her that meant love of a woman. 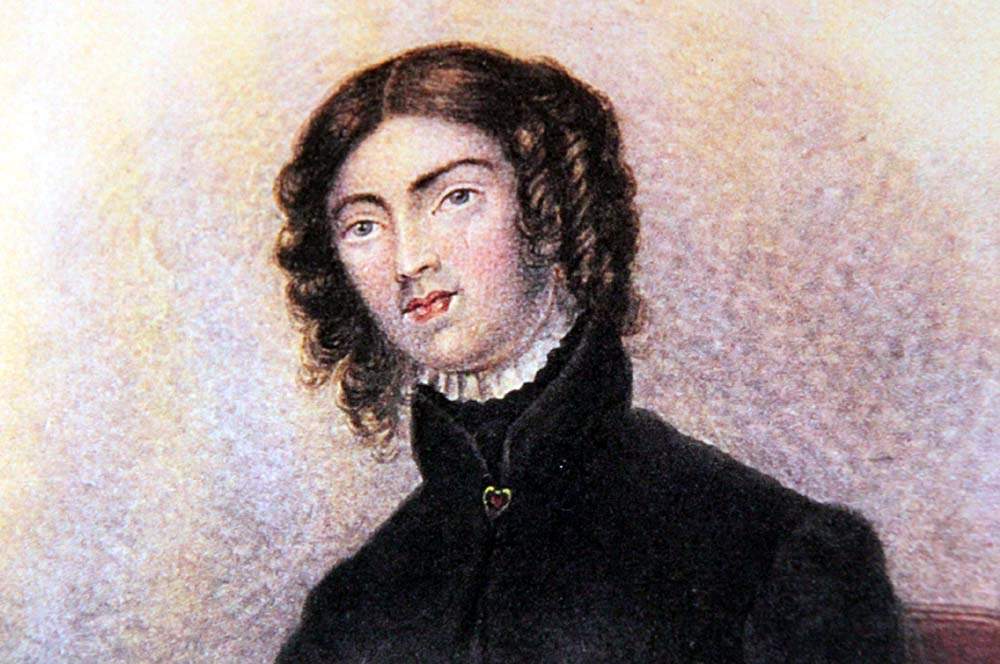 The reason Gentleman Jack has been able to capture the spirit of Anne Lister so well is that she had in fact recorded every detail down in a series of diaries. After her death, the diaries were hidden away and later discovered by her descendant, John Lister. Anne was not dumb. She knew she was always different, and to help keep her private life private a lot of her diaries were written in code. With the help of John Lister’s friend, Arthur Burrell, they were able to decode the diaries and learn Anne’s secret.

These diaries are actually one of the earliest pieces of proof that lesbianism was around a lot longer than people may have originally thought. This is because other families had destroyed any evidence that may have suggested unlawful acts of indecency among their relatives, but for some reason John decided to keep the diaries and hid them in a wall.

They were uncovered years later and re-decoded, becoming an eye-opener into the lesbian culture of this time period. There weren’t even terms for what women were doing back then so Anne actually came up with her own language for her acts.

In its pages, the diary also held a lot of information about Anne’s coal mining business. The professional side of Anne Lister shows her as a powerful businesswoman who was well aware that she was playing in a man’s profession. She never backs down or caves. Instead, she negotiates and plays the market even better.

There is a section that describes a situation that happened between herself and neighboring landowners, the Rawson Brothers. The Rawsons had been stealing coal from Lister’s pits and had attempted to cover it up by buying the land from her. She, of course, learned what they were doing and had her own plan in mind. She offered to have them buy the land, but at a price that would include them paying her back for the coal they had already taken.

The diary entry for this day includes math that she had done on the sides of the page to show that she was indeed correct in charging what she had. It also shows just how smart she was at processing information. The Rawson Affair is one of the major plot points weaving its way through the first season of Gentleman Jack. Not many dramas, let alone period dramas, have dealt with the coal mining industry from the business person’s point of view. But thanks to Anne Lister’s diaries we are given a glimpse into how gritty this world really was.

Her diaries also tell a much different side of her. One entry says, “I cannot live without female company, without someone to interest me,” which shows how desperate she was for lasting companionship.

Two of her major relationships in her adult life had ended in heartache. Mariana Belcombe had led Anne on for years. They had even continued their affair once she had married. Meanwhile, Vera Hobart had no intention of becoming Lister’s companion and also went on to marry a gentleman.

During these relationships, Anne acts like a giddy schoolgirl. She arranges for Mariana to stay over multiple times and each time she writes down in great detail everything that happens between the two. When the falling out with Vera happens she writes, “I have been an Icarus, but shall fall less fatally for I can still live and be happy.” This pushes her to return to Shibden Hall and eventually meet Ann Walker. 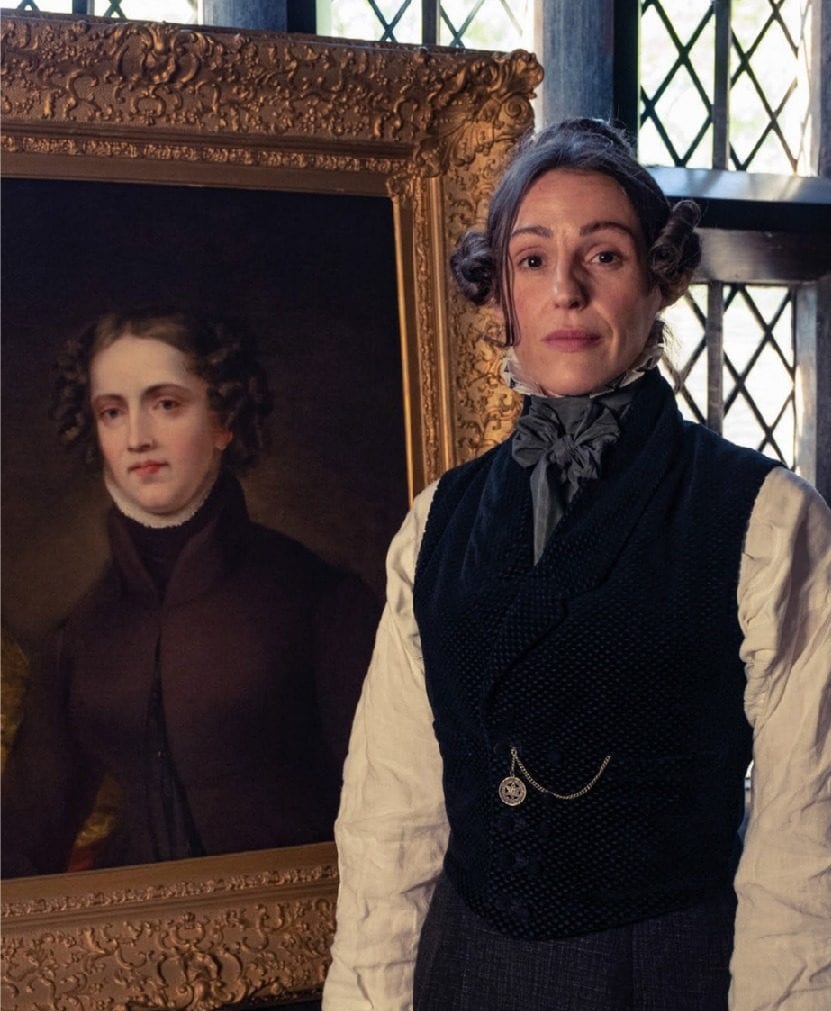 Anne Lister’s first impressions of Ann Walker were…well, not what one may think when finding the woman who will eventually win your heart. “She has money and this might make up for rank. We get on very well,” Lister writes of Walker. Yet, given the fact that Anne was raised almost as a son, it really isn’t surprising that the first thing she would inquire about would be a dowry.

It’s pretty standard from reading any literature from that time period that men were always interested in their potential spouse’s standings. Walker, shy and anxiety-ridden, was also someone who was very willing to give herself to Lister. Anne became a protector for her, and together these two would continue to embark on a journey into marriage and lifelong travel.

What history teaches us is that a person can inspire long after their story has ended, even 179 years after their death. After her diaries were hidden away because her family was afraid of the shame they might cause, Anne Lister’s story is finally inspiring a new generation of girls, women, lesbians, and everyone else that needs a little boost of self-esteem with her trailblazing, swashbuckling, ahead-of-her-time ways.

Just watching Gentleman Jack zaps you with an energy that makes you feel like you can take on anyone and do anything. Her story is so inspiring that one just wants to exclaim, “What would Anne Lister do?” And the answer? Be smarter and quicker than those around you, and just be yourself.