Audrey Horne is the heart of Twin Peaks.

There are two things that are wrong with that sentence. For starters—as I would say to my students when teaching them how to write persuasive essays—it’s too specific; it’s my central thesis. I should have started broad and worked my way around to it. “Twin Peaks is a place both wonderful and strange. Its characters are as varied as the pine trees that surround the town. But none are more important, more interesting, than the girl in the saddle shoes. Audrey Horne is the heart of Twin Peaks.”

The second thing that’s wrong with it is that it flies in the face of the conventional wisdom about Laura Palmer’s centrality to the story. It’s her death that focuses our attention, bringing all these characters together to break the code, solve the crime. And it’s her pain that centralizes the story; the trauma of Laura’s abuse, her death, and the continuance of the hardship that her death causes in the lives and psyches of the townspeople…it’s all there, writ large on the town itself. Laura is the soul of Twin Peaks, and this soul is deeply broken.

But the quest for healing belongs not with Laura herself—her quest is a different one, something deeper and more spiritual—but with the world of the living. How do you heal a broken soul? With love, compassion, curiosity and tenderness. You heal a broken soul with heart.

Audrey Horne is the heart of Twin Peaks.

Audrey and Laura are about as far apart as two characters can be on a show like Twin Peaks. In Audrey’s own words, they weren’t that close in life, more frenemies than besties. The show employs all the common tropes to illustrate this. Laura is blonde; Audrey is brunette. Laura is remembered as a good girl; Audrey has a reputation for being bad. Both are rich but Laura is doted on, while Audrey is ignored.

And, of course, Audrey is alive; Laura is not.

As far as traditional foils go, you can’t get any clearer than Laura and Audrey. But it goes deeper than just this. Laura’s shining blonde hair and winning homecoming smile hide a depth of darkness that would only come to light after her death, while Audrey’s outer darkness belies a tender innocence that she reveals to few people over the course of the original series. Laura’s letterman boyfriend, Bobby, is also the one supplying her with the cocaine that she uses to numb the pain that living causes her; Audrey is a virgin until well into Season 2, in spite of the initial image she presents as a seductress and especially in her early storylines at One Eyed Jack’s.

The one area where they share footing is related to that old adage about apples and trees, although in this case they are both subverted; these are two women who are nothing like their parents. Laura is the daughter of an abusive father and a largely incapacitated and oblivious mother, but she manages to largely avoid the abusive tendencies that you might expect her to otherwise exhibit[1]. Audrey, similarly, is the progeny of people who are far less than ideal; she is ignored, looked down on, and while it’s a different kind of abuse it is still painful and damaging. But she manages to retain a kind of softness and empathy for others that Agent Cooper’s presence in her life manages to coax out.

In all important aspects, Laura and Audrey are foils for one another. They are also characters both born not out of the needs of the show as it was originally conceived but expanded upon after the fact. Laura’s later inclusion was a result of Lynch’s fascination with the character and Sheryl Lee’s abilities. Audrey was apparently written wholecloth for Sherilyn Fenn after she wowed Lynch during her audition.

This suggests to me that they are each as important to the story being told, but in different ways. If we know anything about David Lynch as a creator, it’s that he allows the stories that need to be told to bubble to the surface organically. This is what happened for both Laura and Audrey. They asserted themselves in stories in which they weren’t initially intended to play such large roles. And, as we see with the final and most lasting images of The Return, their story arcs are given tremendous weight and power.

Laura Palmer is the soul of Twin Peaks, but Audrey Horne is the heart.

A Heart That Yearns

But while Laura’s narrative arc takes place in a very different realm—in the Red Room of Agent Cooper’s dream, in the half-waking nightmare of her abuse in Fire Walk With Me, or in the strange and wonderful world built around her in the final hours of The Return—the thrust of Audrey’s story is very much a part of the of the fabric of the living town of Twin Peaks. She wants to help solve Laura’s murder, and goes to great lengths to prove herself capable of the task. She confounds expectations by behaving kindly, softly, where we might expect her to be brash and unforgiving. She takes responsibility for her father’s business when he is incapacitated, and helps to reform him into the man he becomes by the time he shows up in The Return. And she develops an activist streak that takes her through to her unfortunate ending in the original series’ run. If Twin Peaks is ever to become a better town, a town where the homecoming queen won’t be sadistically raped and murdered by her own father without anyone seeming to notice, it’s incumbent upon people like Audrey to make it a better place. And this is what she does.

When Audrey weeps at the sight of Leland Palmer’s breakdown in the Great Northern on the day of his daughter’s burial, we weep with her; when she stands up to Emory Battis, or Blackie, in defiance of their hold over the women of the town, we stand with her; when she falls in love with the dashing Special Agent sent in to help fix things, we fall with her. We want her to win. We want Audrey to succeed where others before her have failed. Audrey was never originally intended to be a character; her story bloomed organically from the happenstance of an audition and chemistry, and she came to stand in as a foil for the girl who brought us here and as another stand-in for the audience, looking to make sense of the goings-on around her. She ended up playing, arguably, one of the most important roles in the end. 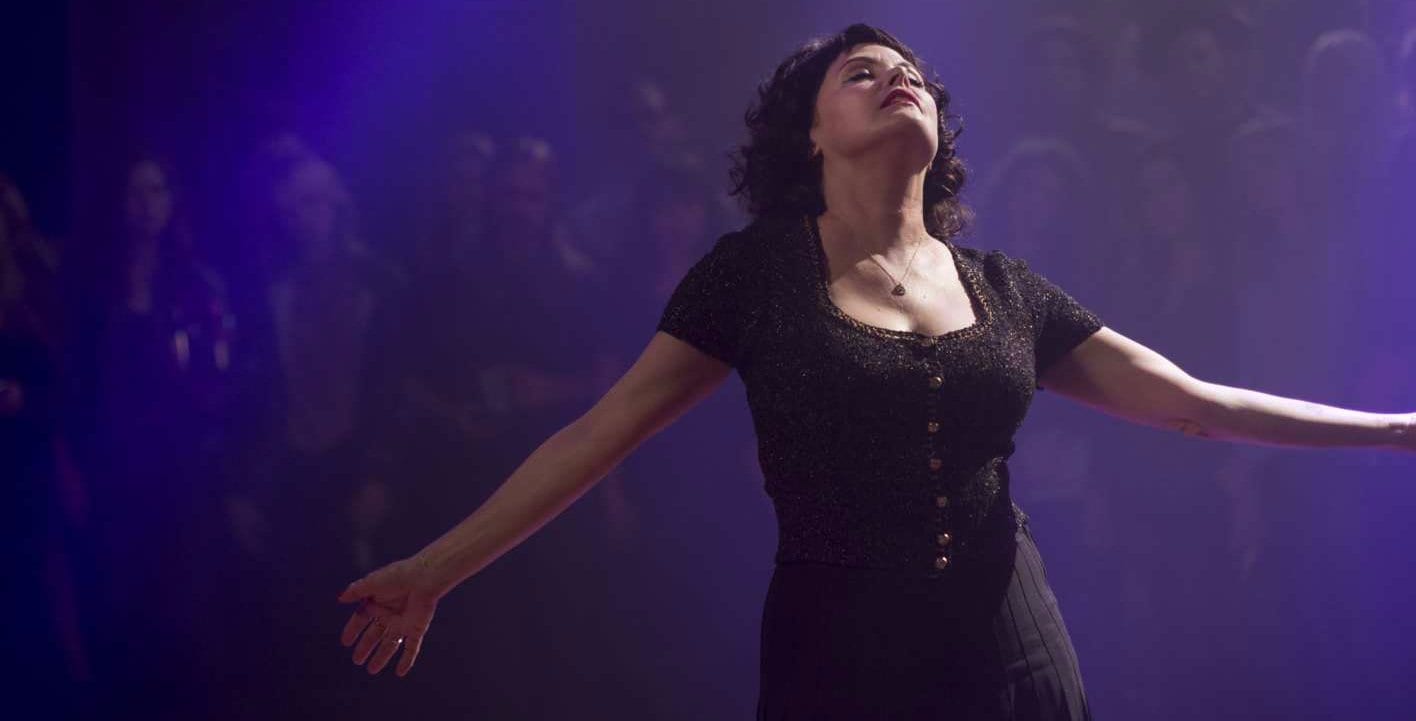 Audrey’s late appearance in The Return galvanized her fans and fans of the show in general. How could such an important character be left to only a few brief and mostly unintelligible minutes of screentime? But while this may seem like an afterthought, it seems that—here again—Audrey’s story was dictated not by careful forethought but by the whims of a moment. If rumours are to be believed, Sherilyn Fenn was aghast at the original story written for her beloved character, and begged Lynch and Frost to change it, which they did. Her cryptic scenes—trying to get to the Roadhouse with her beleaguered husband Charlie, only to discover she was part of a meta-storyline all along right before slamming into what might be charitably called the cold white glare of reality—have been interpreted as the key to the whole puzzle of Season 3. And while it’s hard to accept that what happened to her actually happened to her, seeing Audrey Horne’s failure to effect the change she so desperately wanted to make in Seasons 1 and 2—in a season that shows us that nothing in Twin Peaks has really changed (in fact, things may have gotten a lot worse)—is right in line with the apparent moral of The Return: you must shovel yourself out of the shit. Only when you accept the role you have to play in your own circumstances, whatever they may be, can you transcend them.

Audrey has forgotten this. Somewhere—in between being blown up in a bank and left comatose and raped by her Special Agent and forced to bear his demon spawn and then waking up to a life of misfortune and mediocrity married to her accountant—she forgot how to take charge. 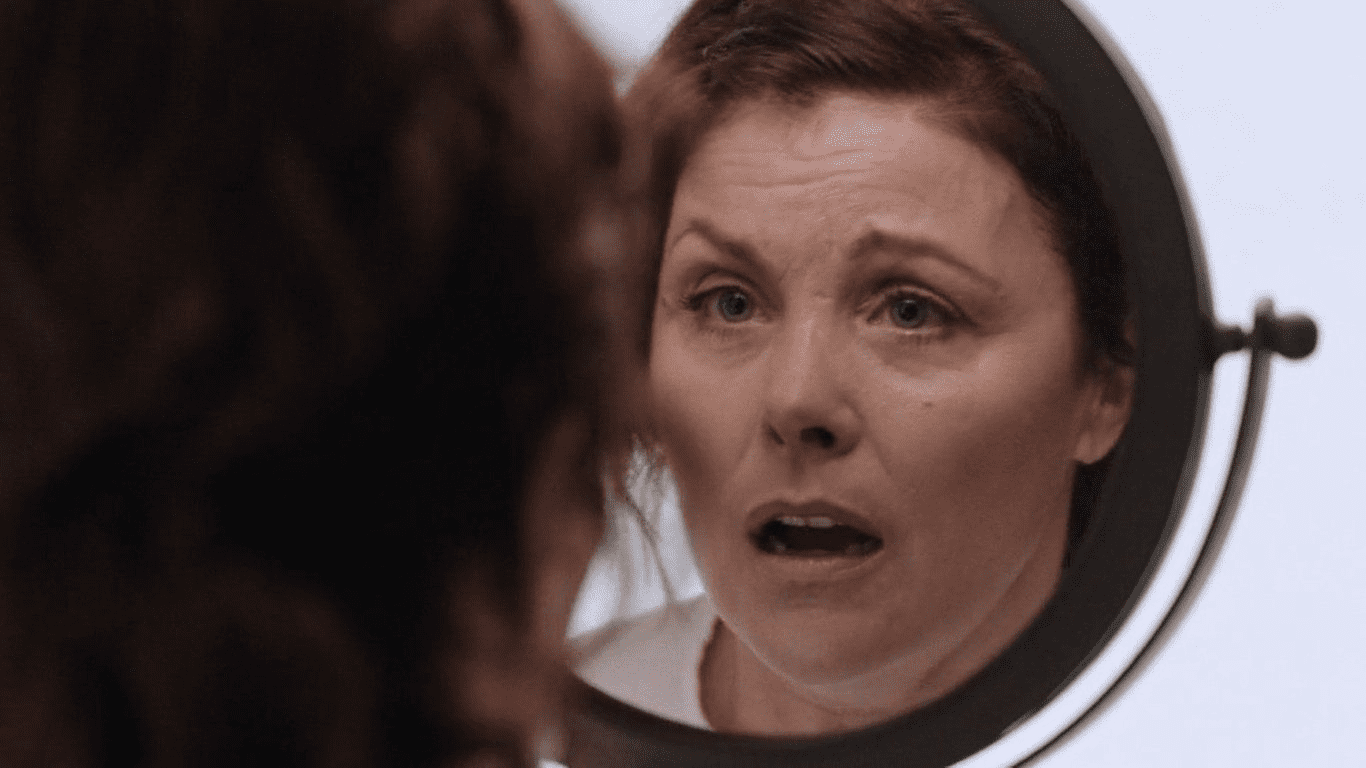 All is not lost, though. I choose to read Audrey’s ending as a step in the right direction; an acknowledgment that the shit is deep and it’s not going to be easy, but you need to take the first shovelful and start digging. For Audrey to “wake up”, to see the world for what it is instead of what she desired it to be or what she was stuck in, is a sign that she is one step closer to reclaiming her life. There’s hope there. Just as there was all those years ago, when Audrey first took it upon herself to help solve Laura’s murder.

Audrey Horne is the heart of Twin Peaks. And hers is a heart that yearns—for truth, for love, for answers, or sometimes just to go to the place where you most want to be.

[1]Of course in Secret Diary we see a different side to Laura, and we realise that she doesn’t exactly escape this accusation entirely; for the purposes of this essay, however, I’m choosing to focus on the events of the TV show.