Some shows start off great but end up sticking around too long. Whether they jump the shark, or just otherwise overstay their welcome, this is the theme of 25YL’s Cancelled Too Late series. This week Katie Bienvenue looks at Once Upon a Time.

What if the fairy-tale characters we all grew up with were cursed to our world: a world without magic, where they no longer remember who they were, and where the only hope for breaking the curse lies with Snow White and Prince Charming’s daughter and the son she gave up for adoption?

In October 2011, audiences began their journey to find the answers to these questions and many more when Once Upon a Time premiered at 8 P.M. Sundays on ABC. The show’s quick success saw it through to seven seasons. However, with the growing need to outdo itself year after year, it also saw a decline in its quality.

The first season set the standard for how Once Upon a Time would operate. Within the first few minutes of its premiere, we witnessed a retelling of the end of “Snow White”—an ending that many know (glass coffin included)—which continues into their wedding being crashed by the Evil Queen. It’s here, when Snow draws Charming’s sword, ready to battle, that viewers knew they were in for a wild ride. 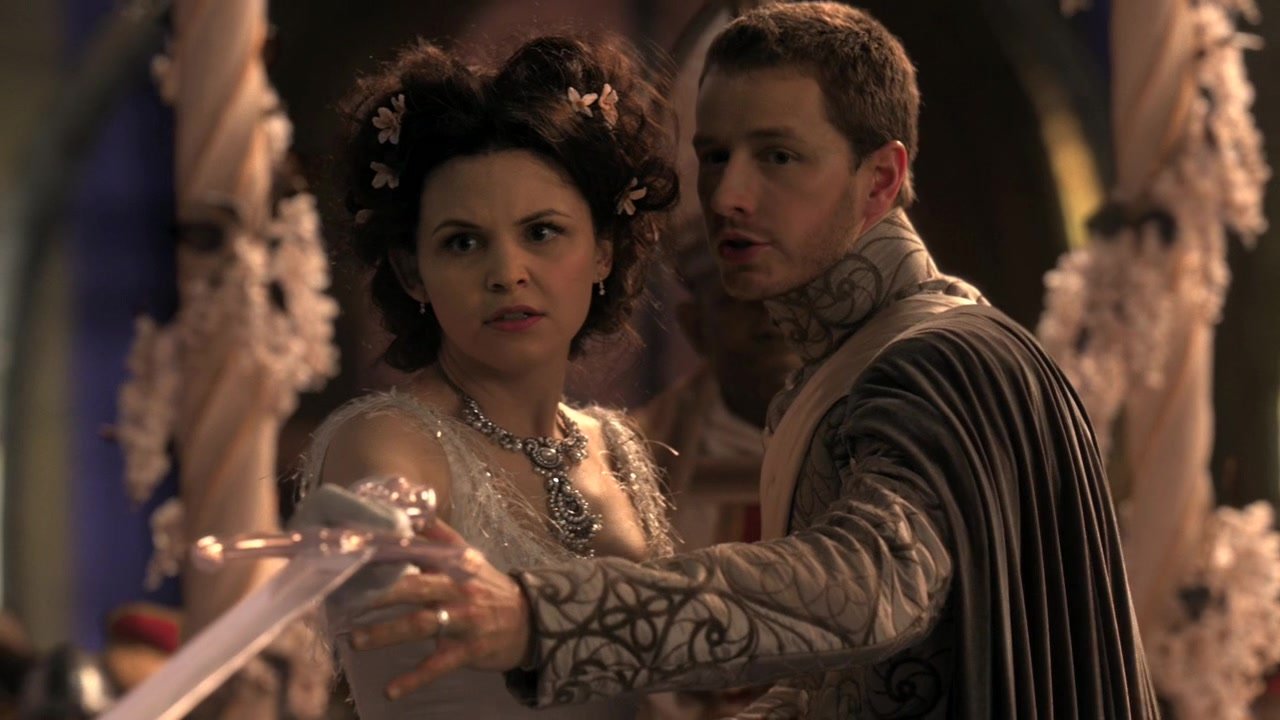 It was a ride where viewers got to see retellings of stories like “Little Red Riding Hood,” “Alice in Wonderland,” “Beauty and the Beast,” and “Rumpelstiltskin.” Some of OUAT’s best episodes came when they decided to be brave and challenge a story we all knew well. The best example is Little Red’s story where, thanks to an enchanted cloak, no one knew she was actually the wolf—until she accidentally ate her boyfriend.

Labeled early on as a “family show,” Once Upon a Time tackled many themes, including redemption, hope, and the effects of being in foster care. Unfortunately, it also became a series where plots were built up and quickly forgotten. Season 4 was a big victim of this misfortune.

The “Queens of Darkness” storyline introduced Cruella de Vil and Ursula the Sea Witch, and resurrected Maleficent, to wreak havoc in Storybrooke. Ursula’s arc came to an end rather quickly when she mends her broken relationship with her father, Poseidon, after he had used her for his own revenge on humans. 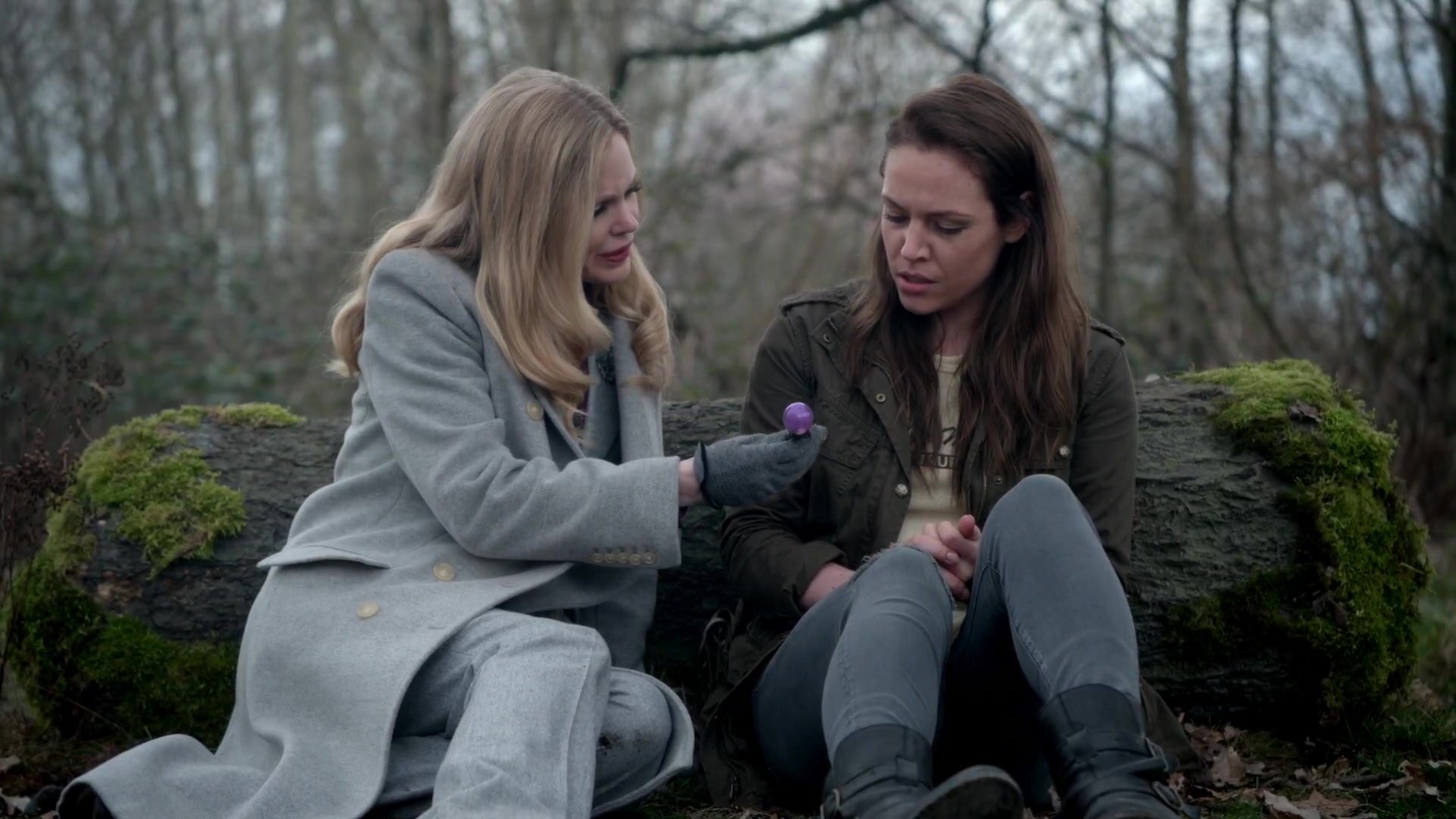 Meanwhile, fan-favorite Maleficent was in search of the daughter who was stolen from her by the Charmings. After years of searching, she discovers that she and Emma (the Charmings’ daughter) had actually been childhood friends. Emma manages to track Lily down and bring her back for a heartwarming reunion. The show then started to explore who Lily’s father might be. Whether it was actor schedules or a quick change in direction of the series, neither Lily nor Maleficent reappeared. Those who waited to find the answer ended up receiving one only in a throwaway line in the show’s series finale. Who knew Zorro was also a dragon?

Once Upon a Time continued introducing more and more people. This forced the audience to sympathize with new characters as quickly as possible while sidelining others. In Season 2, Red (Meghan Ory) became Charming’s right-hand woman after Regina’s curse was broken. More and more, she attempted to keep the peace in Storybrooke. She even had an entire episode dedicated to her ability to re-control her “wolfing.” Yet, after the death of Cora Mills (the big bad for the first part of the season), the series introduced Tamara and Greg as two people who wanted to destroy magic. As the plotline focused more on them, Red appeared less and less. Meghan announced she had taken another role on a different pilot. She went with the blessing of the show creators, Adam Horowitz and Eddy Kitsis, and would return periodically.

Meanwhile, attempts were made to try and cast Tamara and Greg’s characters as sympathetic and build a strong story behind them. In reality, they became a plot device to force the main characters to Neverland for the next season, and both were killed off within seconds of the Season 3 premiere.

Once Upon a Time is a show that needs a detailed storyboard, not only season-to-season but for the entire series. It was a show that started with fantastic pacing, but by the fourth season it started to struggle in rushing through stories. It’s understandable that the creators wanted to continue the format of telling two “complete” stories a season. Certain storylines, however, needed to be fleshed out and developed in a lot more than 11 or 12 episodes—that or the focus needed to be on telling the core story and not allowing filler plotlines to interfere. 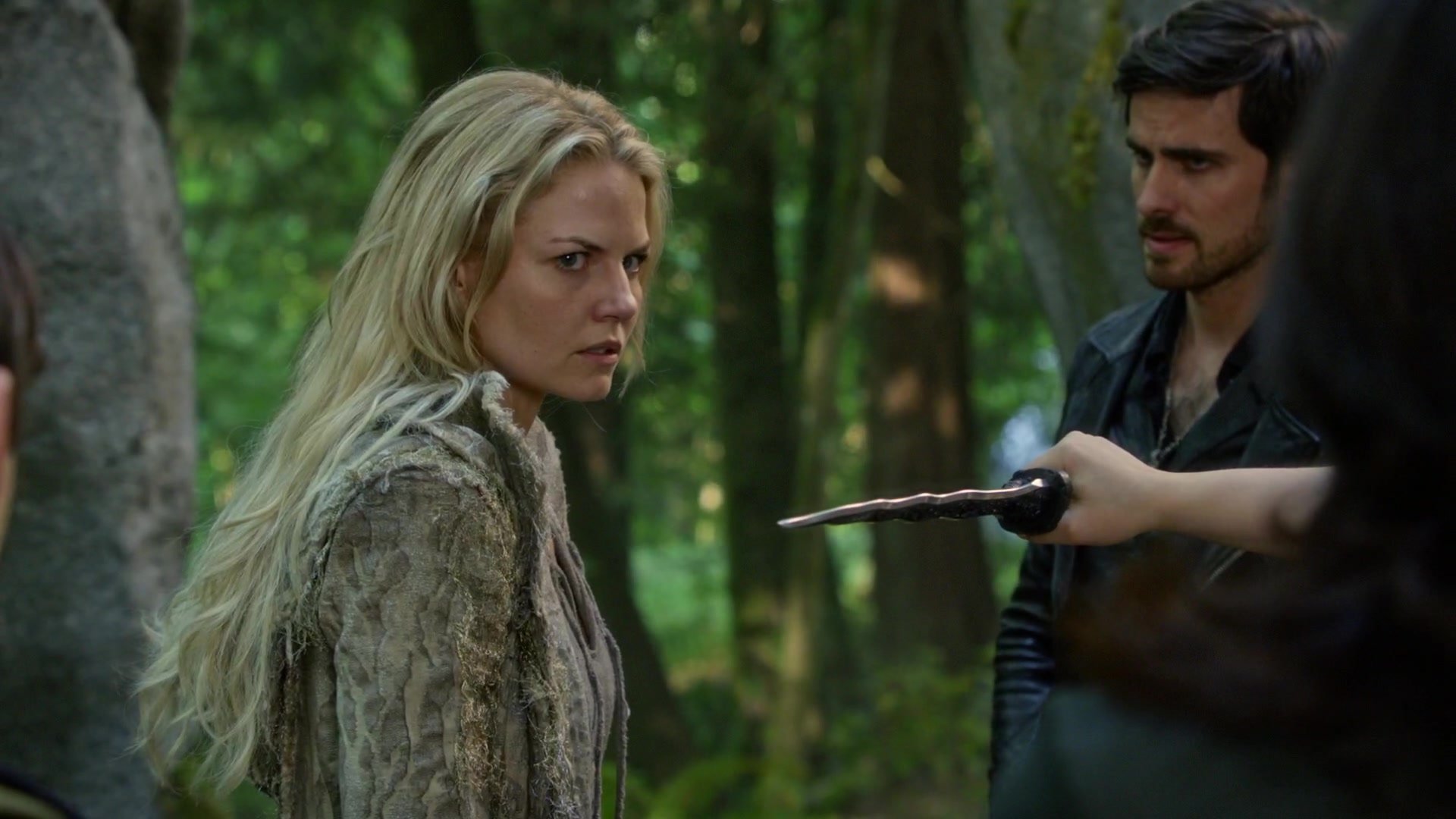 “Emma Swan as the dark one” was a story aimed at demonstrating how someone of such good can be overcome with darkness. The show tried to use it to show how this person has to battle that darkness to maintain their humanity. Instead, OUAT turned it into an excuse to bring in their own rendition of the King Arthur mythology. They turned the first half of Season 5 into the origins of The Dark One. Origin stories are nice, but a stronger choice would have been to make it about the internal battle that Emma was fighting, and had been fighting since she discovered her powers in Season 3.

The series began with Emma and her journey to discover herself and become a hero. It would have been fitting that, when it was announced that Jennifer Morrison was leaving the show at the end of the sixth season, OUAT would also come to an end. Adam and Eddy decided to “restart” the show. Instead of a mother and son breaking a curse in a small East Coast American town, it became a father and daughter breaking a curse in a large West Coast city.

Season 7 followed many of the elements OUAT‘s first season introduced. It was a retelling of a beloved fairytale of sorts: “Cinderella” this time. The final season separated itself into three overarching plotlines, taking Disney’s properties and twisting them to work for the environment in which they were placed.

One area where the final season of Once Upon a Time did right by fans (known as Oncers) was in telling an LGBT storyline that wasn’t thrown together or half-assed. Poor Mulan back in Season 2 will still never be forgotten, and Red deserved much better than being quickly thrown together with Dorothy from Oz in a single episode. Tilly (Wish Land Hook’s daughter) and Robin (Zelena and Robin Hood’s daughter) were announced with a shared kiss before the curse erased their memories, and then had their story told over the course of the season.

Even with some storylines interesting enough to keep viewers tuning in on Friday nights (a time slot given to shows when the network is looking for a reason to cancel them), Once Upon a Time had reached the point where its magic was fading. Regina Mills (Lana Parrilla) and Rumpelstiltskin (Robert Carlyle) were still two of the strongest performers, but even they appeared tired. Both of their characters had their redemptions and storylines completed by the time the final season occurred. Now they were used more as plot devices for the people around them.

By the time ABC decided to pull the plug, OUAT had already given viewers the closure and send-offs they wanted back at the end of Season 6. Instead, the final episode, appropriately titled “Leaving Storybrooke,” was a way for the show to say farewell to its fans. As Regina had become the voice of the show in her motivational speeches over the years, she delivered one final speech. It rang out not only to her new kingdom but also to the loyal viewer at home. She sends them off with a message that conveys that journeys don’t end; a new chapter simply begins.

Once Upon A Time‘s journey ended in such a way that it became hard to attempt to recreate. Flawed plotlines and declining writing dug the hole deeper and deeper. Finally, not even a reboot could save it. It lost sight of which story it wanted to tell, so it attempted to tell them all.