A small summary of Quentin Tarantino’s Once Upon a Time… in Hollywood states that “[it] visits 1969 Los Angeles, where everything is changing…” So far in 25YL’s series “Summer of ’69,” a selection of the cultural change we have covered includes the Stonewall riots, Moon landings, the Grateful Dead, Cuyahoga River fire, and the release of The Beatles’ Abbey Road. This article focuses on a symbolic change, one that would follow summer into October, not in L.A. but in the retirement state of Florida—the death of Jack Kerouac. The man donned King of the Beatniks once wrote “home I’ll never be,” a line that became a refine in the song of the same name by musician and performer Tom Waits. It’s a quote that could have echoed throughout his lifetime with varying significance, in one instance signaling freedom, in another depression and addiction, and then in another spiritual conflict. His influence, which became amplified upon the publication of On the Road in 1957, turned the name “Beat Generation” into a widely known generational calling following its previous publication in John Clellon Holmes’s Go. To follow the Legend of Duluoz, his life’s story in way of Proust’s Remembrance of Things Past, it would be easy to pinpoint Big Sur as perhaps his most thorough declaration of his own demise. That decline began in Desolation Angels.

Before that fall, though, there was no denying his infectious energy and transgressive invitation to leave the world of strictures, of employment, expectations, judgment, and sobriety. He wanted a generation to revel in words—get drunk on them—and celebrate their country’s lands through travel, be that by car, borrowed ride, or hike. Since then, many teenagers, young adults, and aspiring artists have imbibed his rhapsodic prose, and indeed they have gotten drunk on them.

I’ll never forget the first cover of one of his books that I saw, the 1986 Penguin edition of The Dharma Bums. There is a cold cloudy sky and standing there on the mountain rocks are denim jeans and hiking shoes with a disappeared body. With Kerouac’s voice in my head from the cassette tapes in the spoken word collection, I would pay close attention to his cadence. That cadence would follow me into my own blank page book, where I would no longer struggle for words. The rhythm gave me words, like the improvisational jazz of The Bird so deified by Jack, Neal, and Allen. Never mind that the song I played was pure screech to anyone but me. Prodded on by drunken others, it got me on stage one jazz night at Clousseau’s, a cigar and martini lounge that by night’s end was usually turned beer-guzzling college bar. It’s now spelled Klusoz, but I digress. His intoxicating words gave me the same courage alcohol gives the introvert, necessary courage but often a myopic and foolish one in hindsight. It’s worth admitting that Kerouac is always good combined with similar spirits, those of Hunter S. Thompson, Gregory Corso, and William S. Burroughs—you know, the mad ones and all that jazz. Eventually, I would have to learn craft over Kerouac, but that is simply growth. As I had to grow, Jack Kerouac also grew, beyond his optimism, beyond his visions of Gerard, Cody, and America. The road and reputation he so addictively embellished on that taped together scroll eventually rode him. From Beat and back to Lost after all. 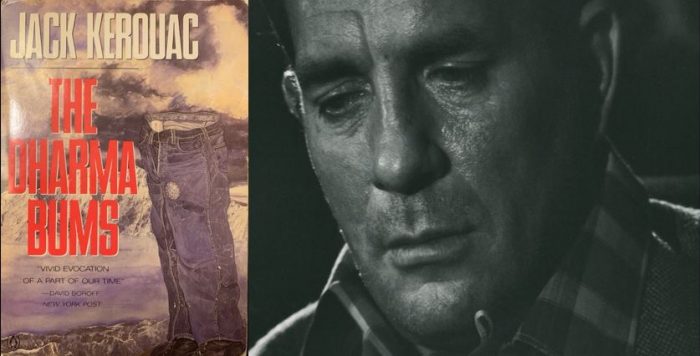 There is a lot to love about Jack Kerouac, his prose, and the whole of the Beat Generation. Their books are still on my shelves. If I have a little cynicism when I reflect on my response to those books’ influence on me, it somewhat reflects Kerouac’s attitude by the time he wrote Big Sur.

“[A]ll over America high school and college kids thinking “Jack Duluoz is 26 years old and on the road all the time hitchhiking” while there I am almost 40 years old, bored and jaded…”[1]

My friend and I held an annual Jack Kerouac party for seven years, driving from Denton, Texas to Ciudad Juarez at 2:00 in the morning after one. Fans and fools alike, though I can now laugh as I survived it. On those nights, we would set two to four typewriters out around whichever house or venue we were at and feed through paper that anyone could type on and leave, add to but never edit, then carry that to a microphone where our musician friends would be improvising to accompany the reader. But I want to speak to that cynicism I mentioned. Perhaps there is more to Kerouac’s disillusionment. It’s almost captured in toto when he cringed at the Merry Pranksters sitting on an American flag, that he proceeded to fold military-style and sat beside him as he pulled the tab off a fresh Budweiser to drink in disdain. He knew where their adventure ended, that they wouldn’t inevitably change a dreary and frightening momentum. Some of us have had a sense of perhaps what he felt, asking what is being drunken against disillusionment with America and the world? Can we not understand that—lost religion, boredom, and the feeling that our past adventures didn’t save or change anything? David Foster Wallace tried to answer the boredom with his unfinished novel The Pale King. Still, the anxiety epidemic noted hourly on social media in 2019 may be putting words perfectly to Kerouac’s decline. “Why did God do it?” he asks in Desolation Angels.

It is said that on the morning of October 20, 1969, around 11:00, he sat in his favorite chair, drinking whiskey and malt liquor. He had been working on a new book about his father. He had a hemorrhage, which caused him to vomit blood. The bleeding could not be stopped because of his damaged liver. It was the end of the Beat Generation long before his death, but the turning of the tide was official with his passing. To quote the New York Times’ obituary, which came out October 22, 1969: “I’m not a beatnik. I’m a Catholic,” he said last month. He showed the interviewer a painting of Pope Paul VI and said, “You know who painted that? Me.”[3]