Before I get to Succession this week, I’ve long had this theory that the second episode of any season of television should be graded on a curve, regardless of what the show is or how long it’s been on. It’s by far the hardest episode of the season to write. In the premiere, you have the luxury of dealing with the fallout of the previous season. Sure, you’re laying some new groundwork, but it’s the second episode of a season of television that is truly starting a new story. The audience has had their closure from last season and episode 2 now has to tell them what this year will be like. Episode 2, along with another episode later in the season, often get the dreaded “setup episode” label.

Heading into episode 2 of Succession’s second season, I’ll admit to having this theory on the brain. I expected heavy narrative and more establishing of their respective roles at this point in the game, and to some extent we got that. Where I was pleasantly surprised was how well Succession did at making a “setup” episode an entertaining hour of television. 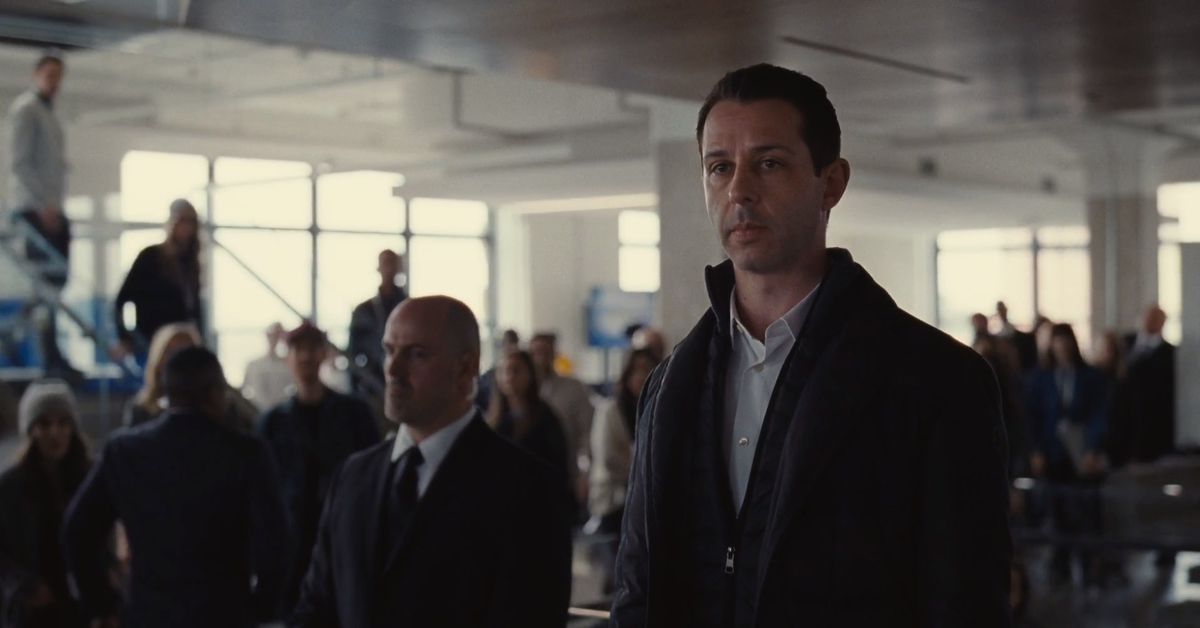 After last week’s Kendall-heavy episode, this week Shiv took center stage. While Kendall, Roman, Logan, and Tom all had significant screen time, it was Shiv’s mindset that we got the deepest insight into. We got to see her interact with most of the cast and the unique dynamic that goes along with each pairing. As this show so brilliantly does, we were left not looking at Shiv as either a hero or villain but rather a complicated human being with her own desires and insecurities, which is so true to life.

This week I’ll be spending quite a bit of my article looking at Shiv’s relationships and what that tells the audience. Starting with her new husband, Tom, we see multiple scenes this week that show the couple alone and how they interact with each other. Tom is adjusting to Shiv’s idea of marriage, which includes occasionally sleeping with other people. At his core, Tom is power hungry and while skilled, he doesn’t possess the same ruthlessness that each of the Roys have. He also struggles with Shiv calling all of the shots in their relationship, although he’s smart enough to know not to cross her. More on that later.

Shiv is overwhelmed at the idea of being her father’s successor and then equally caught off guard by Gil’s offer to take the Chief of Staff job if he’s elected President. Shiv finally tells her husband about both of these things, not understanding or caring that Tom is fixated on how long it took her to tell him. Tom has a much more traditional view on marriage and Shiv’s views were shaped by her father. In her mind, it’s not wrong or odd to withhold this information for as long as she did. For Tom, it was devastating.

In one of the most key developments in the episode, Tom suggests to Shiv that she not commit to either her father or Gil yet and that she should “keep both plates spinning.” While Shiv seemed to be on board with that suggestion, kissing and thanking Tom, we saw her purposefully destroy her relationship with Gil immediately after. Her mind is locked and loaded on taking over for her father, and burning the bridge to both her former lover and now former employer was step one in that process. Tom’s suggestion to her meant nothing, the same way that he likely means little to her. He’s there, he’s dependable, and she likes him being there. The extreme differences in what Tom and Shiv each want is going to lead to Tom eventually snapping and likely really damaging Shiv in the process. It’s just a matter of when.

Seeing Shiv with her father this episode showed how much the two truly have in common. Kendall also shares the drive Logan has but Shiv is the most like their father, in ways both complimentary and not. Logan has an affection for his daughter the same way she has a fondness for her father but it’s almost an unspoken agreement between the two that they’re always competing and that competition is a part of their bond. When Shiv questions her father’s plan for her and asks if he’s making her go to such great lengths because she’s a woman, he emphatically agrees. In that moment, it clicked with me that Logan wants it to be her but he will throw every possible obstacle in her way. He knows the world is harder for women than it is for men and he has this sense of pride that his daughter is the one who can survive it all and stand gloriously on top in the end. A lot of it is Logan’s pride and ego but in a warped way, he loves and believes in his daughter a lot. He just doesn’t know how to show it, which is at the heart of the problems in Succession.

Shiv and Roman have become one of my favorite duos on Succession. Shiv is lightyears ahead of Roman in pretty much every respect and Roman is too wrapped up in his own ego to see that Shiv is the competition, not her husband. In the dinner scene when Roman and his “girlfriend” invite Shiv and Tom over, the big sister/little brother dynamic was fun to watch. Shiv adores her younger brother and has a lot of fun relaxing around him, usually by harassing someone together (Tom in this case). Roman is the clueless younger brother who, despite having his moments, isn’t really in the game. The game is between Shiv and Kendall, like it probably always has been.

Shiv still sees Kendall as her competition. He’s probably always been the chosen one in some respect and even now, with Kendall at his lowest, Shiv is still wary (and she’s absolutely right to be). In their scene alone together, Shiv spies Kendall alone having a smoke at Connor’s party. She joins him and is sizing him up. Is Kendall trying to regroup to make another run at their father? Is his play to get in as close as possible? Or is he really just that broken? Her assessment of him always being at one extreme or the other with their father was spot on in a sense, although Kendall—like all the Roy children—is ultimately just trying to feel like he’s earned Logan’s respect. The Shiv and Kendall relationship is going to be the one to keep the closest eye on this season. The minute Kendall feels like her competition, Shiv is going to try and take him out. The question is, does Kendall see her coming or is he as blind as Roman?

I want to close up this week’s article on Succession with a little more on Kendall. His father throws another big test at him this week by telling him to gut Vaulter, the acquisition Kendall was most proud of. Logan sends Kendall and Roman to see what is going on with this new media company and the sons come back with conflicting ideas. Roman, seeking to keep his brother down, goes for the kill shot with Kendall’s baby and it works. It seemed pretty apparent that Logan only took Roman’s suggestion to test Kendall. Is he loyal enough to kill what he’s most proud of? Kendall, still reeling and self-medicating, taps into a cold, robotic place and does exactly what his father wanted. He guts the business with a ruthlessness that his father certainly would’ve been proud to see and then he reports back. Kendall passed this week’s test and his father rewards him for it, dismissing Roman and telling Kendall to make himself at home in his office.

Logan is at war. He’s turned one son into an obedient soldier, only wanting to please his father; his daughter is willing to do anything her father wants so she can be the heir apparent; and his another son is out in the cold, eager to earn his way back. For now, Logan has his kids exactly where he wants them.

This episode succeeded on every level, with a heavy dose of character development, the plot moving forward, and that trademark Succession heartbreak. Watching Kendall destroy what he loved most about his job was really hard to watch, but not as difficult as Kendall being unable to hug his daughter. That’s one of those scenes that will haunt me for years to come and is proof of how good this show really is. The show managed to work in shots at real-life news in the subplot with Tom beginning to work for the news division and even more meta commentary about the power major corporations hold over digital media. There’s no need to grade this episode on a curve. Succession continues to exceed expectations every week.