Hello true believers! Pop-quiz time! Your reward is a fabulous Marvel No-Prize, courtesy of the deep pockets of 25 Years Later: What is the highest-grossing film in Sony Pictures history? If you guessed Spider-Man, I’d ask for you to be a bit more specific. If you said Spider-Man: Far From Home, please give me your address in the comments below so I can send you absolutely nothing.

But yes, Spider-Man: Far From Home, a Sony production co-funded with Marvel Studios, and the last of twenty-three films in Marvel Studio’s massive Infinity Saga, netted Sony its highest-ever payday, hauling in a worldwide box office total of $1.1 billion. of which Marvel Studio’s collected none of, despite exerting creative control. While Sony’s franchise reboot of Spider-Man in 2012 and 2014 wasn’t a commercial failure (combined, The Amazing Spider-Man 1 and 2 gathered $1.4 billion worldwide), the Sony franchise went nowhere when compared with its ironic competition of Marvel Studios’ cinematic universe, which, by 2014, was putting out critically loved, billion-dollar solo entries two or three times a year.

Sony was in need of cultural relevance and Marvel Studios was in need of Marvel’s most iconic figurehead, thus a deal was made. Per Collider’s detailed reporting of the mega-deal:

“…each studio would fully invest in and keep the profits from its respective features, meaning that Marvel Studios makes zero dollars from Sony’s new standalone Spider-Man movies and Sony makes zero dollars from Civil War. Instead, the annual fee that Marvel pays Sony to keep the toy and merchandising profits to the Spider-Man character at Marvel would be reduced from $35 million if the new Marvel-produced Spider-Man movie grossed over $750 million (it did). Moreover, the two studios get the satisfaction of making a great Spider-Man movie while giving the character an added spotlight in multiple MCU films.”

Tom Holland’s version of Spider-Man, introduced in Captain America: Civil War, before getting his own film, Spider-Man: Homecoming, proved a quick fan favorite and also became a new plot lifeline for Tony Stark/Iron Man (Robert Downey Jr.), the MCU’s godfather. With Tony’s three-picture arc completed and his continued characterization wobbly —thanks to the weakest film in the MCU, Avengers: Age of Ultron…fight me, Tony’s relationship with Peter Parker became the driving force of not only Tony’s future but Peter’s as well.

In fact, the MCU’s Spider-Man is so synonymous with Tony Stark that it is tough to imagine a universe with Tom Holland as the character where the mere spiritual presence of Iron Man doesn’t play some sort of role (something Far From Home deals with explicitly). But, as fate would have it, per a report from Deadline, among others, that may have to be the case going forward:

“Marvel Studios president Kevin Feige won’t produce any further Spider-Man films because of an inability by Disney and Sony Pictures to reach new terms that would have given the former a co-financing stake going forward. A dispute that has taken place over the past few months at the top of Disney and Sony has essentially nixed Feige, and the future involvement of Marvel from the Spider-Man universe, sources said.”

Essentially, Marvel Studios, who was, creatively, in control of the Tom Holland Spider-Man, is now out of the picture, leaving Sony to its own devices with Spider-Man content moving forward and creating a big, fan-loved hole in the MCU’s Phase 4 and 5. With the exception of the animated masterpiece Spider-Man: Into the Spider-Verse, Sony hasn’t had the best of luck running Spidey solo in almost two decades. We all know Spider-Man 3…exists…while The Amazing Spider-Man and The Amazing Spider-Man 2 have basically fallen into, if not disregard, then certainly a black hole where memories go to die.

Picking a side in this (obviously) money-driven conflict is difficult. Many have reservations about Disney buying, well, everything, so some arguments I’ve seen in personal conversations have implicated the Mouse House’s continued greed as a reason this deal fell through. However, I’ve spoken with others, including 25YL’s own Rachel Stewart, who think Sony’s announcement seems like a power move, “Sony, throwing your weight around isn’t cute”, said Ms. Stewart.

With Tom Holland firmly cemented in the role —in the current cultural zeitgeist and possibly in the future, and with two gigantic hits under his belt as the leading man, Sony might think that they have a shot at continuing without MCU mastermind Kevin Feige’s creative input. And maybe, they’re right…for now. Somehow, Venom almost grossed $900 million worldwide and that is essentially a Spider-Man vehicle that has everything but Spider-Man in it…I think…I didn’t bother to see it because its Venom for christsakes.

So my biggest concerns, and likely the concerns of many fans, are on a creative level. For one, as mentioned earlier, Peter Parker is as tied to Tony Stark as Tony Stark was to Pepper Potts or James “Rhodey” Rhodes in the MCU. Extracting him completely from Peter’s life is, of course, doable, in a screenplay, but would seem entirely bizarre. Because even if the screenplay pretends Tony never existed, the audience will surely know it and that absence of Tony’s world, from the small things like his tech, to the big things, like Peter’s connection with Happy Hogan or Nick Fury, will surely create massive logic issues.

And, of course, how do we divvy out what Sony “owns” and what Marvel Studios “owns” in terms of characters. Michael Keaton’s brilliant betrayal of Vulture might be a total loss as the Vulture’s origin story in Homecoming is completely embedded in the lore of the MCU. As was the most recent villain, Jake Gyllenhaal’s Mysterio, who had more animosity towards Tony Stark then Peter Parker. Would these roles continue but be recast with different origin stories?

Ned Leeds, played brilliantly by Jack Batalon in four MCU films, is an original Spider-Man comic character, so he might be safe (the friendship between Ned and Peter is so good that Ned appearing in one wordless scene in Endgame was enough to drive this writer into a fit of tears), but what of “MJ”, played equally brilliantly by rising star Zendaya? Though sharing the initials of Spidey regular Mary Jane Watson, Peter’s continuous love interest in most Spider-Man media, “MJ” is really Michelle Jones in the MCU and unrelated to the comics. Will they ditch that fantastic chemistry in the cross fingered hope of rekindling it with another actress/character?

Which brings me to my worse fear: Spider-Man being rebooted for the third goddamn time since 2007. As much as I would like to see Tom Holland continue the role, a reboot of his Spider-Man story without Tony Stark, with a possible Uncle Ben angle (*ugh*), the random disappearance of love interests, sidekicks, and villains in their original form, plus the existence of what we know we can get with a Feige controlled Spidey, would make his returning to the role seem pointless.

And thus…another new Spider-Man? This news of the MCU and Sony splitting up is more dangerous for the continued creative longevity and, dare I say, the relevance of the live-action Peter Parker for possibly years or decades to come. It was twelve years between Sam Raimi’s remarkable Spider-Man 2 and Captain America: Civil War. Can we wait that long for another great Spidey when we got one right in front of us? And with Sony’s plans for films like Morbius and Kraven the Hunter solo films seeming like realistic possibilities (yikes), we may be back in the dark ages of the live-action Spider-Verse. 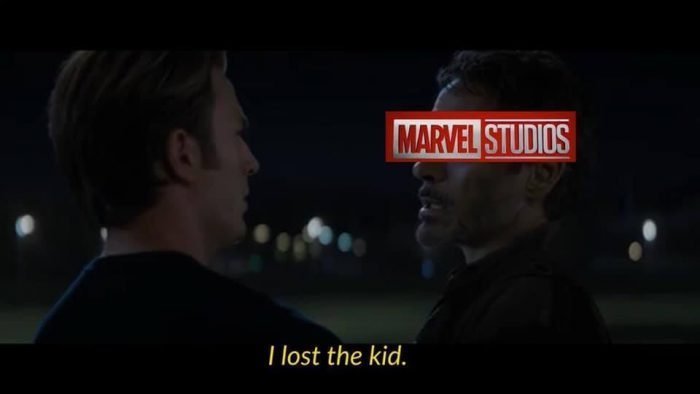 I review all kinds of other MCU stuff around these parts. Check out my review of Captain Marvel, a look at my favorite MCU movie moments (prior to Endgame’s release), how Infinity War should have been nominated for more Oscars, news on the What If? series, and try to get a perfect score on this superhero quiz!