One of the most frequent praises heaped on new indie films is how “personal” the film feels to the filmmaker. A story about a shadow monster must be from a director afraid of the dark. A story about sharks must come from a director’s fear of the ocean, and anything about a killer doll must be mined from a moment in the director’s childhood in which a possessed doll attacked their family. But what about films that channel a filmmaker’s personality without being so damn personal? 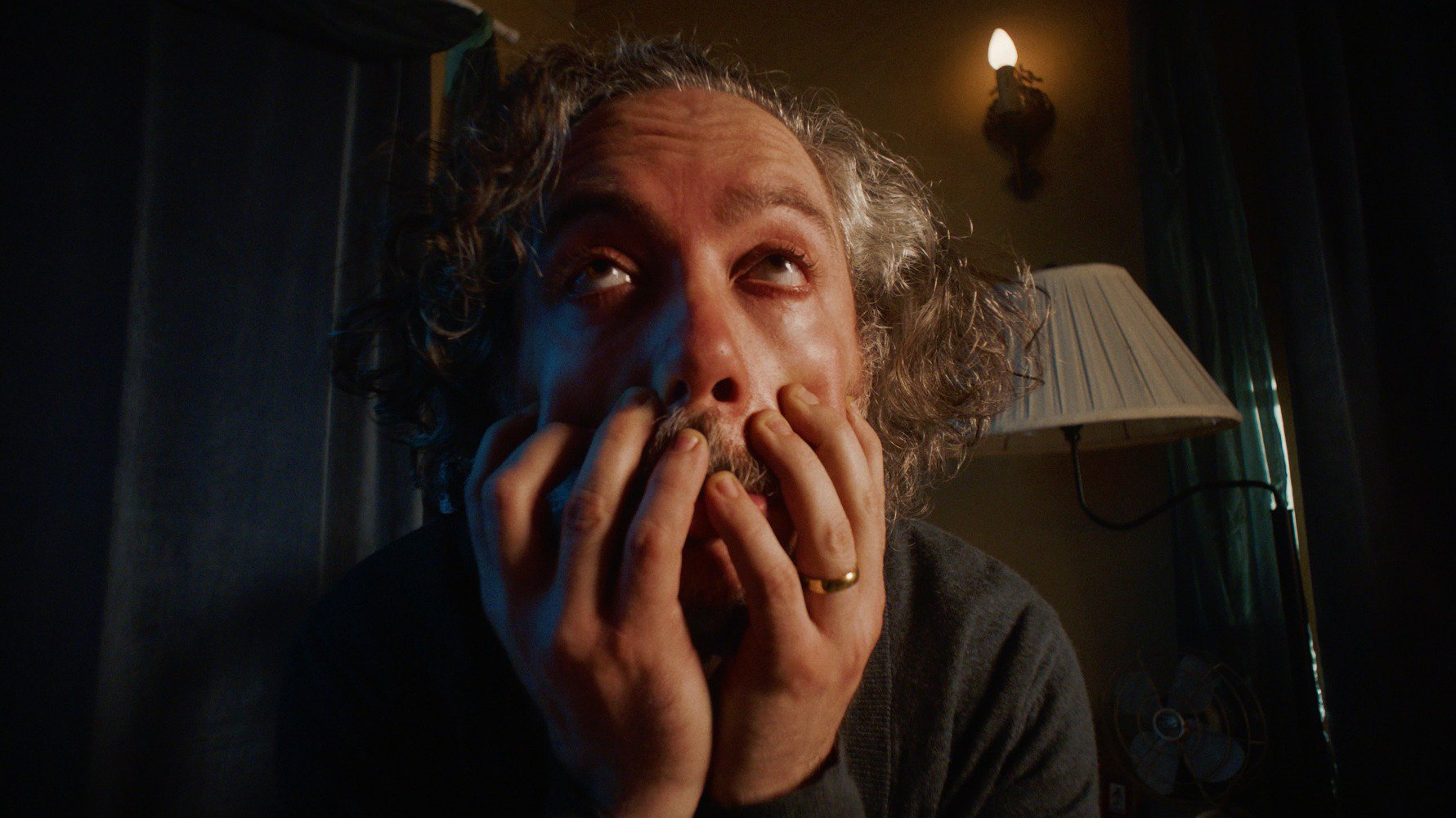 In his new short film Malacostraca, writer-director Charles Pieper answers this question. He instead presents us instead with a thoughtful, tense treatise on the perils of putting too much of your life into your work. Taking the horrors of creativity too personally, in the world of his fifteen-minute film, can have bloody, unspeakable results.

Its plot follows frustrated writer Chris, played by Charlie Pecoraro, as he navigates the horrors of being a father to a new baby. This is made all the more stressful by his wife, who seems not to notice that the baby is also a nightmarish crustacean monster. The resulting hijinks alchemize the best parts of David Lynch’s surrealism with the frantic anxiety of David Cronenberg. Performances from Pecoraro as Chris and Amber Marie Bollinger as Sophie, Chris’ wife and mother of the crustacean baby both work well and convincingly ground us in the life of a realistic L.A. couple before they both spiral into chitinous madness. 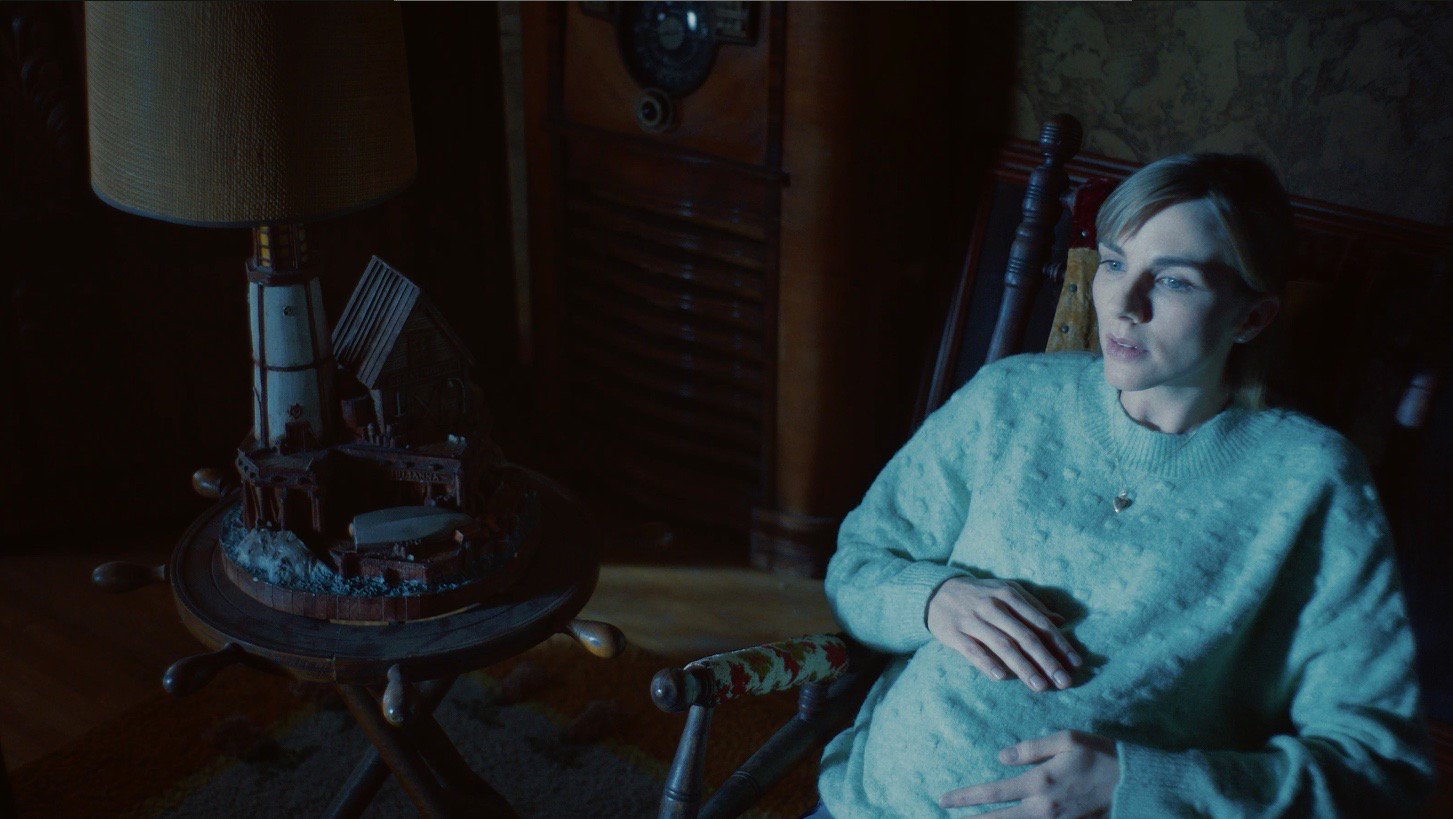 In an early moment in the film, Chris is watching Sophie sunbathe at the lake while his voiceover practically snarls about her ability to sleep. Chris is plagued by insomnia, and, more perilous for a creative, writer’s block. This vulnerable state leads Chris to obsess over a crawdad, crawling out of the lake and onto his wife’s sleeping body. The camera treats this obsession like the front lawn in Blue Velvet, following the journey of this crawdad amidst a cacophony of obtrusive sound design and forced intimacy. The Crawdad, in the eye of the camera and Chris’ mind, lurks and crawls over Sophie like a slasher villain, creating an uncomfortable nexus of pain and sexual gratification with its pincers and mandibles like the best of Sergio Martino and Dario Argento’s Giallo films.

This tone persists in the film’s treatment of its creature, a hideous, imaginative crab baby created by Gabe Bartalos, the legendary FX artist with credits in classics like Darkman, Gremlins 2, and Basket Case 3. One quick Google search reveals that the title, Malacostraca, refers to a class of crustaceans that includes, one can assume, crawfish and Sophie and Chris’ new crab baby. Pieper has the courage, even on an indie film budget, to show the creature and trust in Bartalos’ creation to be creepy and realistic enough to face the camera, and it is.

The crab baby is scary and disturbing enough to take its place amongst the pantheon of surreal little monsters, crying and clicking alongside the roach from Cronenberg’s Naked Lunch, the oozing baby from Lynch’s Eraserhead, and the thalidomide-inspired monster-baby from Larry Cohen’s It’s Alive. Its cries and thrashing limbs haunt the short film’s every frame. 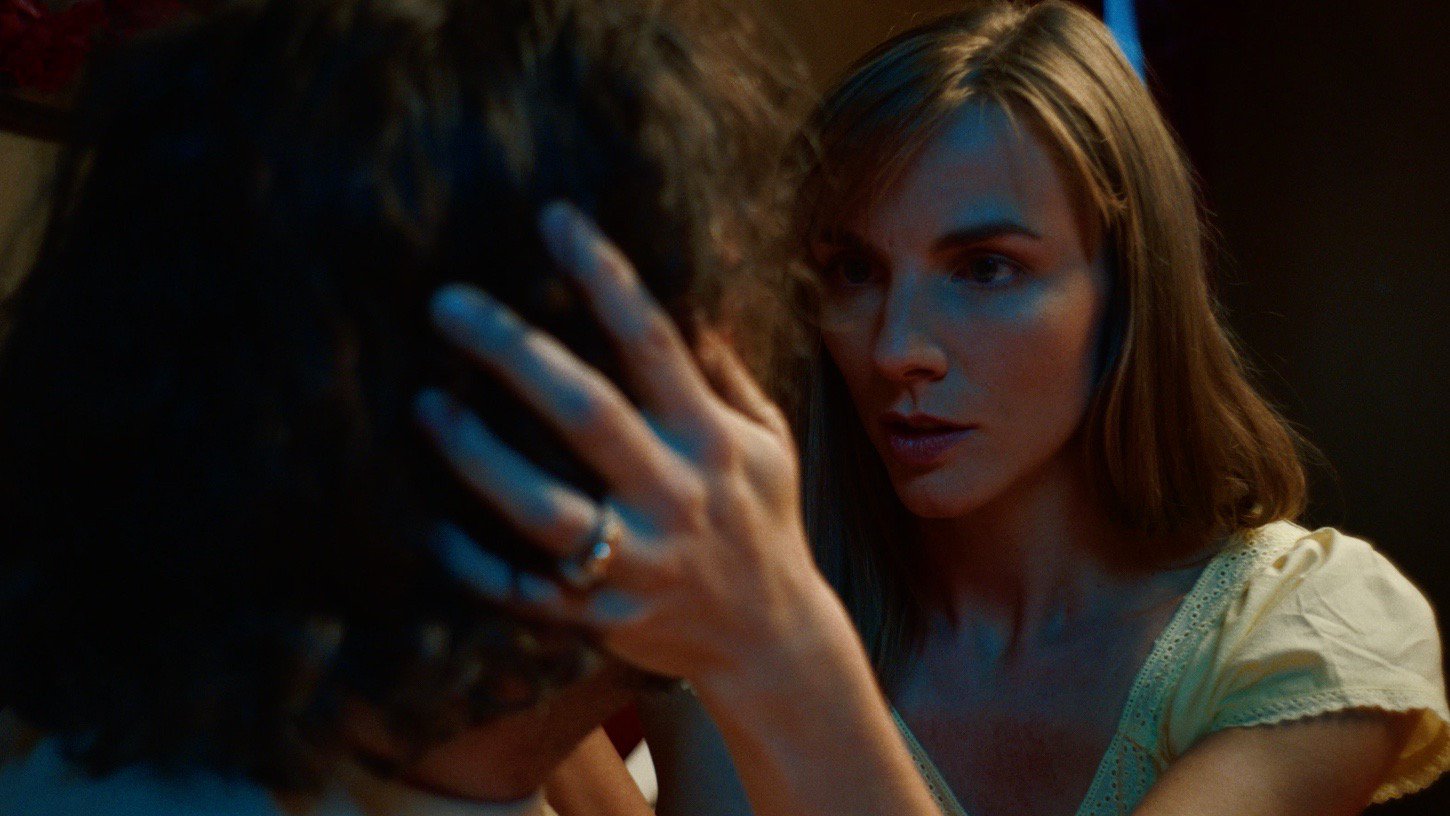 The script, in terms of dialogue, is sparse, leaving most of its heavy lifting to quiet moments with Pecoraro and Bollinger and Pieper’s camera. Thankfully, all three are up to the challenge as the actors, particularly Pecoraro, communicate so much with their expressions and gestures. Against this, Pieper’s camera is a mad ghost, swooping from room to room and capturing a crumbling couple with the malicious regard of a haunted house seeking to eject its occupants. Pieper and his cinematographer, Ava Shorr, truly create a hostile and spectral tone throughout the film. The actors, in this lens, look like monsters and beasts as Chris’ imagination and his desperation get the best of him, leading to one of the most shocking ends to a short I’ve seen in a while.

Malacostraca does the impossible by telling a simple, small story with staggering imagination and inventive visual style. Its willingness to be ambitious might stem from Pieper’s background in animation, as he feels less tethered in his vision to what exists and more buoyed by what could exist. What ends up existing is a fifteen-minute melodrama spawned from the intersections of unflinching horror and whimsical creativity. The anxieties of the real world rubbing against the freedom to dream.

You feel this struggle in its characters while reveling in the visual feast of their suffering and, again, that crab baby practically steals the show. The film has been racking up awards from various festival screenings including the Jury’s Pick prize from the Shock Stock festival in London and Best Short from the Life After Life Festival in L.A. Malacostraca, Charles Pieper, and the entire creative team behind the film deserve them all for this tight, unsettling, imaginative piece of short filmmaking.