If you believe the media, then the United Kingdom in the latter half of last decade was not a nice place to live. Earlier in the decade, reality TV and the newspapers had gotten together and commenced the slow demonisation of the working classes. Constantly we were exposed to faux outrageous articles and segments highlighting uneducated people who were getting money from the state, paid for by the taxes of the hardworking. Things took a darker turn later on when we were constantly battered by warnings of impending doom as packs of hopeless feral youths in hoods ran rampant on our streets. Crime, specifically knife crime, was on the rise. It felt like that by leaving the house, particularly in London or Manchester, you were at risk of an imminent attack. This combined with the fallout of the July 7th Tube bombings and rising outrage about immigration, created an air of paranoia that was especially unpleasant.

In Heartless (2009), Jamie (Jim Sturgess, Cloud Atlas 2013) is a chronically shy young man who walks the streets of East London wearing his own hood. Jamie has a large heart-shaped birthmark covering one side of his face and has recently lost his father. He works as a photographer for his older brother whilst caring for his mother. Jamie begins to see hooded youths everywhere, making screeching sounds and seeming to wear demonic faces. Through encounters with locals and news reports we are exposed to a supposed crime wave by these hooded individuals who are setting innocent people on fire.

Then one fateful day Jamie’s mother is attacked and burned alive by the demons he sees everywhere. Jamie starts to hunger for revenge and buys a gun. After his former gang member neighbour (Noel Clarke, Storage 24 2012) disappears, Jamie encounters the malevolent Papa B (Joseph Mawle, Game of Thrones) and is given the chance to have everything he ever wanted. All he has to do in return is ‘spread a splinter of chaos.’ Traumatised and at the end of his rope, Jamie accepts, and is then subject to a terrible burning himself. When he recovers the birthmark that plagued him has gone. 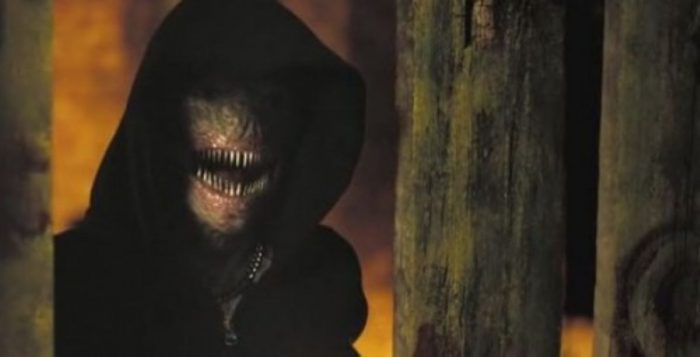 Jamie experiences a newfound confidence and peace. It allows him to begin a relationship with model Tia (Clemence Poesy, In Bruges 2008) and it seems that some kind of happiness is within his reach. It’s not long, however, until Papa B comes calling, asking for that atrocity he hinted at in return, and Jamie must make choices that threaten to destroy everything.

Writer and director Philip Ridley is much like Richard Stanley (Hardware 1990) in that he has only made a shockingly small number of films over almost thirty years despite clearly being a unique visual stylist. Ridley has written children’s books, several plays and the screenplay for The Krays (1990). He directed his first feature in 1990 with the haunting The Reflecting Skin, a film that was unavailable for many years, despite being highly acclaimed at the time. In 1995 he made The Passion of Darkly Noon, a haunting modern fairy tale, which cast Brendan Fraser (The Mummy, 1999) against type as a troubled former member of a cult obsessed with a kindly forest-dwelling couple played by then-unknown Ashley Judd (Double Jeopardy 1999) and Viggo Mortenson (Green Book, 2018). Sadly The Passion of Darkly Noon is also not widely available currently despite being a masterpiece, and many do not know it even exists. Heartless is his third feature and last, as of the time of writing.

As Ridley grew up in East London, the very streets where Heartless takes place, it is perhaps his most personal work. You can feel watching the film through Ridley’s lens that there is a real sense of loss unfolding, not just for the main character but looking at what the streets he once knew have now become. There is a broken terrible beauty about Heartless that similar films of the time failed to capture. Though filmed on the cluttered grey city streets seen every day, they are given a cinematic sheen, becoming a battleground for the souls of its inhabitants with demons and temptation around every corner.

There are never any cheap shocks in Heartless, most of the most awful violence takes place off-screen. The casting of Jim Sturgess really goes a long way in making Heartless an unforgettable experience. There is an everyman quality to Sturgess that makes it a mystery as to why he never really took off as a viable young lead despite great work in films like 21 (2008) and Across the Universe (2007). He is very much the boy next door, and at the start of the film is like a frayed, exposed nerve, constantly on the verge of tears or breakdown thanks to his own pain. It’s easy to believe that such a vulnerable person could succumb to his own fears and the promises that Papa B makes. 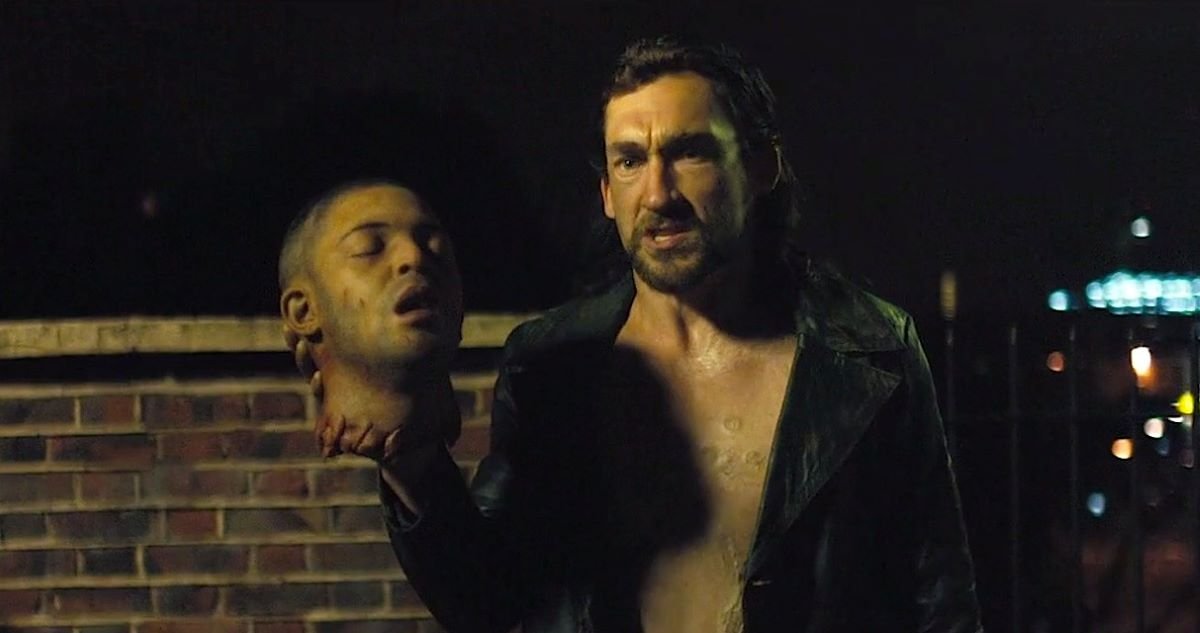 Another trick to making the film unforgettable is the films supernatural elements remaining mostly in the shadows. The quick glimpses of shrieking demonic faces under hoods never lose their ability to shock through overuse. Although it is pretty clear that Papa B is the devil, given power by the fear on the streets, it’s never horns and pitchforks time, and it relies mainly on Joseph Mawle’s eerie presence and delivery to make its points about evil. As the character says late in the film “doesn’t work unless you’re scared” summing up the films entire thesis. The evocative score by David Julyan underscores the whole film, with a recurring theme that highlights the tragedy and heartbreak as they unfold on screen. Heartless is perfectly paced except for a pre-final act falter with the reveal of a certain characters motivation which felt unnecessary, and the sudden introduction of a villain who looks like early concept art from Mortal Kombat. This is thankfully quickly tossed aside before an operatic and moving climax highlighting the message of the film.

The film received some awards love at film festivals, but Heartless failed to make any kind of impact and was barely released in 2010. It made a paltry 20.5 k at the worldwide box office from a five million budget. Despite being—in my opinion—superior, it seems in the UK at least that the film was ignored in a similar manner to the socially conscious likes of Eden Lake (2008), Kidulthood (2006) and Attack the Block (2011). People just didn’t want to see the current state of their streets looking back at them. The film is actually really unrecognised and unloved, even amongst the horror crowd. Trying to google images of the film for this article brought back a pathetic number of hits. It’s a shame as in the UK we do not seem to support genuinely interesting homegrown films such as this if it doesn’t follow a recent formula that has proven successful, and so international acclaim isn’t always forthcoming.

Heartless is a very important film, it’s clearly very personal and made with passion and love. Perhaps its time will come when we as a society have somehow worked through the politics of fear we are forced to endure. It’s a pity as there are lessons to be learned here. Lessons about not giving in to fear and despair and taking the easy option. About peering through the darkness and seeing the beauty prevalent every day. It’s only when we are forced to live through our worst times that we see the best in humanity. The media in the UK still informs us daily we are under threat by just walking outside, and many young people continue to senselessly lose their lives. Maybe like Jamie, someday we won’t live with this fear and we can become the best versions of ourselves.