Here at 25YLSite, we handle a lot of heavy lifting. Analysis, interpretation, deep discussion, introspective interviews…you name it, we’ve got it. “Favorites” takes a lighter approach to the material we normally cover. Each week, we will take you through a list of favorites—whether it’s moments, scenes, episodes, characters, lines of dialogue, whatever!—in bite-sized articles perfect for your lunch break, a dull commute, or anywhere you need to take a Moment of Zen. So, sit back and enjoy this week’s offering: Laura Stewart’s top ten albums from 1969.

When you look at the list of albums released in 1969, it becomes overwhelming just how much incredible music was released that year. I can honestly say that picking ten albums for this list has been one of the hardest tasks I’ve set myself.

Now, I am sure that very few people will agree with the ten that I have chosen, but those that made the list made it because they are albums I still listen to regularly today. In fact, more so today because I wasn’t alive in 1969. But you know what I mean. These albums are fifty years old and sound better than most stuff released today without a shadow of a doubt. And with that proclamation, I am officially old! So let’s just get this show on the road…

Yes, I am cheating with my very first choice, but as both were released in 1969, they qualify. Because I said so.

The impact of Led Zeppelin’s first two albums can’t be overstated. Prototypes for heavy metal mayhem, as well as a promise fulfilled by Jimmy Page’s initial outlay in the Yardbirds, the combination of Plant, Page, Bonham and Jones set a standard for hard rock while developing a fan following that rivaled the devotion given to any other band on the planet before or since. ‘Led Zeppelin’ and ‘Led Zeppelin II’ don’t just end up on my Top 10 of 1969 list, these albums rightfully sit in my Top 10 Albums of All Time.

Released January 12th, 1969, ‘Led Zeppelin’ announced the band to the world with a resounding blast that silenced poor reviews and helped solidify the emerging heavy metal movement with classic cuts like ‘Good Times Bad Times,’ ‘Dazed and Confused,’ and ‘Communication Breakdown’. On October 22nd  ‘Led Zeppelin II’ arrived, upping the ante by going to No. 1 in the U.S. and U.K. while gifting radio stations with a slew of evergreen hits that included ‘Whole Lotta Love,’ ‘Heartbreaker,’ and ‘Moby Dick.’

Their cover of ‘Babe I’m Gonna Leave You’ is achingly cool and they just make the Blues standard,  ‘I Can’t Quit You Baby’ into one of the sexiest songs ever. They do it effortlessly, and it’s not even meant to be a sexy song.

MC5, Kick Out The Jams

It’s hard to overstate MC5’s importance in the history of rock and roll. The band’s open political defiance, its vulgarity, the length of the band members’ hair and the volume of their amplifiers were all openly hostile to the plastic fantastic American Dream of 1968. The band served as an archetype for every punk and politically conscious act that followed, including Iggy Pop and the Stooges, The Sex Pistols, Sonic Youth and Rage Against the Machine.

Kick Out the Jams was—atypically for a debut album—recorded live because Elektra Records A&R man, Danny Fields, wisely judged that no studio would have been capable of capturing the sheer energy, excitement, and danger produced by the high-decibel quintet at one of their hometown shows at Detroit’s infamous Grande Ballroom.

Not one iota of that energy has been lost today.

If any of the four masterpieces by the Velvet Underground could be said to lag behind the rest, it would the group’s eponymous third album. Often known simply as ‘VU,’ it was released in March 1969. Its reputation is probably because it is the band’s quietest and least brazenly provocative work.

Not that there was anything remotely placid about the months leading up to The Velvet Underground’s recording, which witnessed the departure of band co-founder John Cale—due to growing musical differences over Lou Reed’s desire to simplify the band’s songwriting. Into Cale’s shoes stepped Doug Yule, whose presence was immediately announced with a lead vocal on the gentle opener, ‘Candy Says,’ written by Reed about transexual Warhol Superstar, Candy Darling, who would later be the muse for ‘Walk on the Wild Side.’

Trout Mask Replica is one of the weirdest and wildest albums ever to be released. Landing on record store shelves on June 16, 1969, Captain Beefheart‘s masterpiece amazed, confused, irritated and enthralled anyone who dared listen to it.

Though you wouldn’t know it from first listen, this was not a ramshackle combo experimenting and improvising. As later session tapes would show, this was a well-rehearsed, and complicated puzzle being put together before our ears. Beefheart managed to combine elements of rock, jazz, folk, avant-garde and raw blues, all dripping with elements of dada and surrealism, to create something utterly its own. While certainly not the most listenable of Beefheart’s albums, it remains his most well-known and most captivating, losing none of its distinct charm or fire over the years.

The Soft Parade arrived in July 1969 as The Doors’ most experimental recording: a wildly uneven LP that found Jim Morrison and band trying out orchestral and brass arrangements, a weird bluegrass-soul amalgam and a misguided attempt at prog rock.

But on occasion, it really worked. With ‘Touch Me,’ the Doors appeared to be boldly moving into previously undiscovered musical areas—while retaining the sensual power of their best work. At No. 3 in the charts, the song became their third-biggest hit ever, after the chart-topping ‘Light My Fire’ and ‘Hello, I Love You.’ Elsewhere, The Doors catch a nasty riff on Morrison’s ‘Wild Child,’ and dig deeper into free-jazz mysticism on his ‘Shaman’s Blues.’ It’s not their best album by any stretch, but it still holds up today.

King Crimson, In the Court of the Crimson King

Virtual unknowns prior to their formation, King Crimson had its genesis in a quirky trio called Giles, Giles and Fripp the year before. Indeed, nothing could prepare the rock world for the scope and span of Crimson’s namesake debut, an album that virtually set the course of prog rock for the remainder of the decade and beyond. Mellotron, sax, Mike Giles’ intricate drumming, Robert Fripp’s inventive riffing and Greg Lake’s emotive vocals offered a combination that was both cinematic in scope and shimmering in its illuminating beauty. No album ever sounded as demonstrative or distinctive, and indeed, few have come close since. I was delighted to hear some Crimson as the soundtrack to Mandy, my favourite film of 2018. What a perfect partnership.

Bowie’s eponymous 1969 second album—which is better known by the name of its most famous track, ‘Space Oddity’—is a folk-rock album which then hinted at Bowie’s potential and versatility. Aside from the single of the same name that gave Bowie his first top 20 hit, the album is a mix of acoustic, electric and strings, story-telling lyrics, and a slight lack of variety. Mercury Records signed Bowie to a one-album deal (with an option for more, if it proved successful) after the success of ‘Space Oddity.’ The nine-minute long ‘Cygnet Committee’ dominates the rest of the album and the closing song ‘Memory Of A Free Festival,’ is the finest moment here (title track excepted). Seven minutes of hippie bliss, it’s a song that has been sampled by many dance acts of the nineties. ‘Space Oddity’ is a very charming and listenable album. It’s no classic, it is very much of its time, yet it has a sense of youthfulness and is just lovely in places. 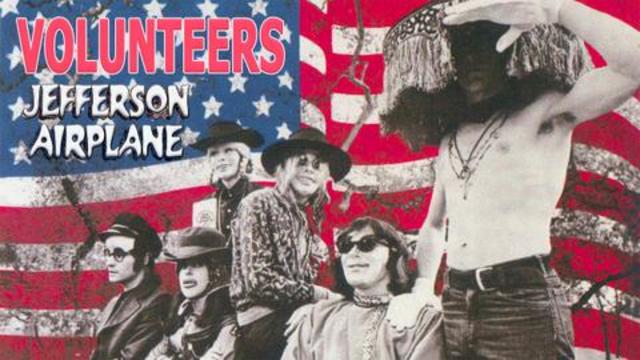 From reverential folkies to drug-driven insurgents, and finally through to this, their rousing and rebellious criticism of the establishment, Jefferson Airplane reached their pinnacle with Volunteers, the most fully formed and cohesive album of their career. The title track proved to be the most pivotal element of the entire album, but the controversial line “Up against the wall, motherfuckers,” the eco-friendly songs ‘The Farm’ and ‘Eskimo Blue Day,’ not to mention the band’s version of ‘Wooden Ships,’ co-written by Paul Kantner, David Crosby and Steven Stills, also expressed their penchant for protest. Volunteers is the last album to include the band’s classic line-up, given that singer Marty Balin and drummer Spencer Dryden would depart soon after, leaving the rest of the group to morph from Airplane to Starship.

Grace Slick will always be the queen of the hippie era in my eyes.

The Rolling Stones, Let It Bleed 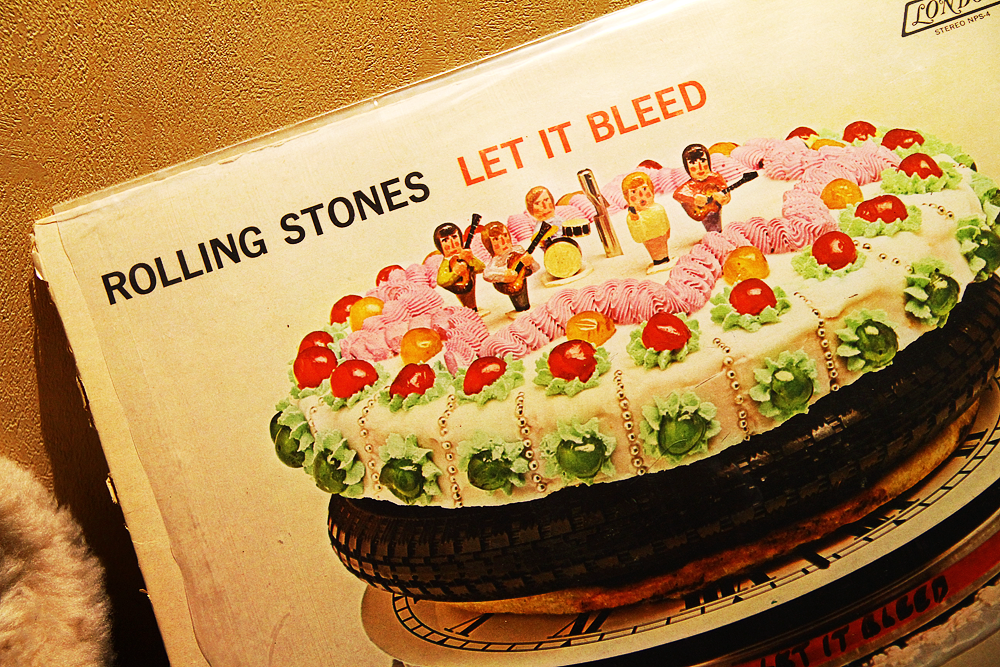 Let It Bleed was the second installment in a series of Stones releases that many critics consider the strongest single run of albums released by any outfit before or since (the others being Beggar’s Banquet, Sticky Fingers and Exile on Main Street). The album ended the ‘60s with a tracklist that provided the bulk of the band’s setlist for some time—‘Gimme Shelter,’ ‘Let It Bleed,’ ‘Midnight Rambler,’ and of course, the song that became a mantra for the disenfranchised, ‘You Can’t Always Get What You Want,’ a song that soars with reverential indulgence. In contrast to the tattered blues of Beggars Banquet, the tone of Let It Bleed was dark and dire, which was befitting as this would be the final album on which the severely ravaged Brian Jones would appear. 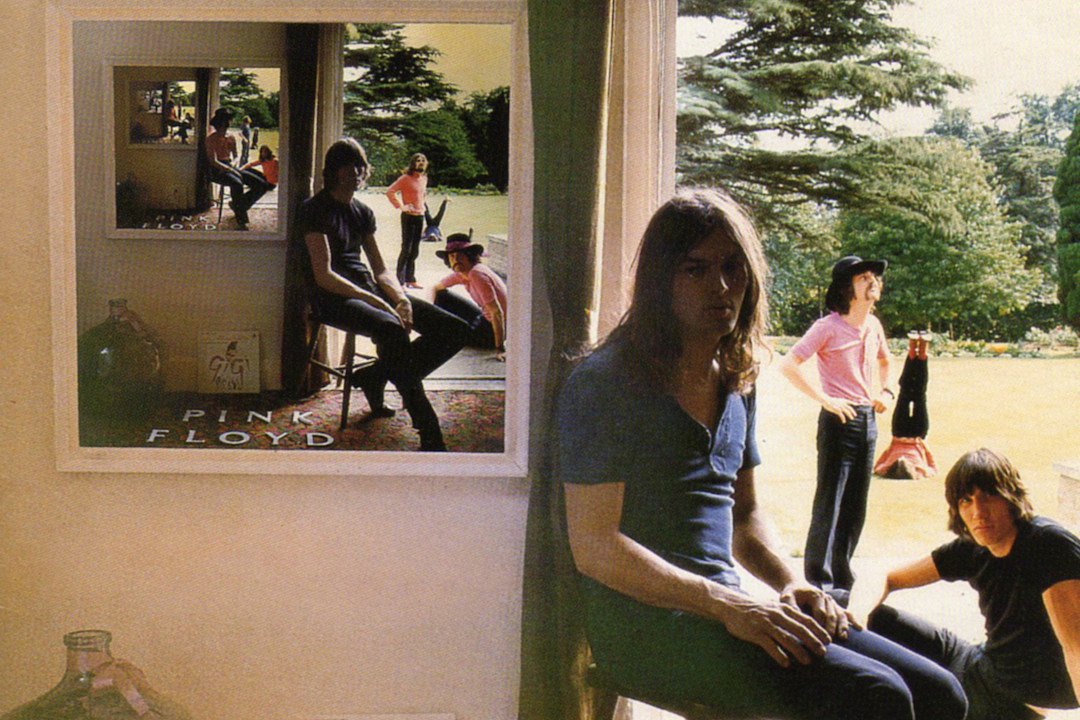 And last on my list, but certainly not least…

Ummagumma was the second album to be released by Pink Floyd after Syd Barrett’s departure from the band. It is a double album, made up of a live and a studio record. The live record has certainly stood the test of time. ‘Astronomy Domine’ is still great; spherical and compositionally very strong. ‘Careful With That Axe, Eugene’ begins quietly, but just as you start to get dreamy, Roger Waters’ famous scream will rip your heart roughly out of your mouth and slam it into an enchanting wall of sound. You don’t need LSD for this musical trip.

The band members themselves think Ummagumma is not so successful artistically; I personally think the live album was and is the band’s first masterpiece. The studio album is perhaps too loose, but there are undoubtedly interesting pieces on it, and perhaps this experiment was necessary to come to the next masterpieces. Also, David Gilmour is, without a doubt, the most beautiful man to have ever walked the planet.

So there we have it! Those are my top albums from 1969, but with a plethora to choose from, what would be on your list?  Let us know in the comments or on social media.