Fifty years ago, Jim Morrison was arrested for ‘lewd and lascivious behaviour’ after allegedly exposing himself on stage in Miami.

Although hundreds of photographs of the concert are in evidence, not one actually shows the incident, and keyboardist, Ray Manzarek, has long referred to it as a ‘mass hallucination.’ Morrison was arrested four days after the event, and convicted on the police officers’ word alone. The case was still being appealed when he died in 1971. Forty-one years later, the conviction was overturned, and the singer was officially pardoned.

But is it a case of too little too late? The incident is already a part of the singer’s mythology, and of his reputation. To some he is a gentle poet, searching for fulfilment and a spiritual home. To others, he is seen as a debauched, hedonistic drug addict, who self-destructed before he could destroy those around him. It opened up the question, all those years ago, of what is art and what is unacceptable? Was the arrest simply a form of censorship against an artist who often expressed himself through confrontational and sexual lyrics?

It was no secret even before the concert that those in authority disliked the influence that bands like The Doors were having on their teens. The Miami police were no different.

On that particular night in March 1969, Jim was clearly out for confrontation. He arrived on the stage an hour late, drunk and frustrated. It was a hot night, and the crowd was riled up and fraught. His band members sensed there was trouble in the air. Their first few long intros went unheeded by the singer, as he ignored his cues and instead drank and chatted with the audience. Once he did take to the mic, it was to provoke and insult the audience by calling them idiots and berating them for not loving him enough. 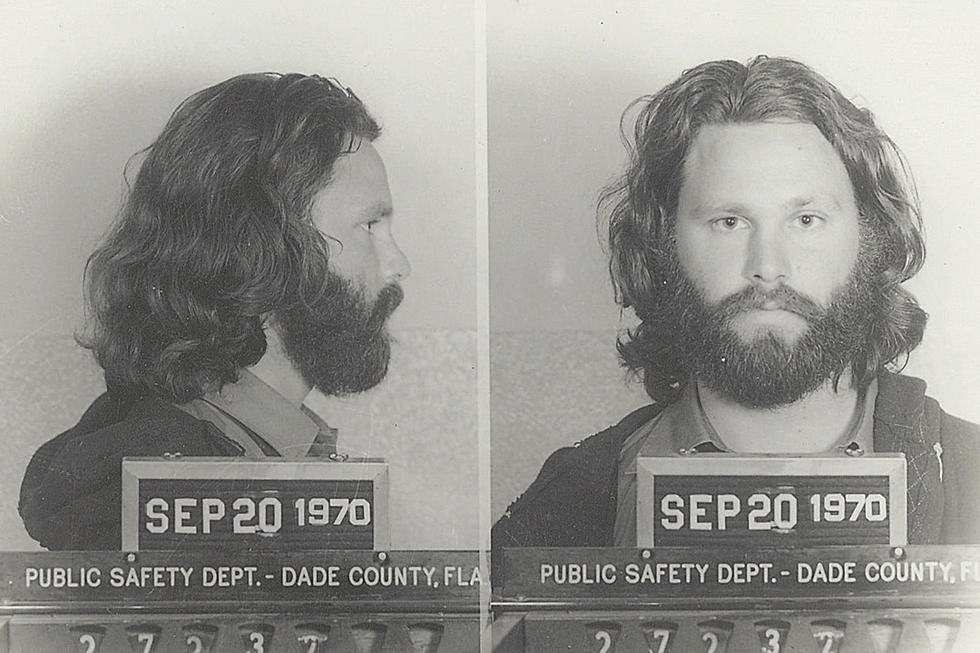 When he did began to sing, he was too drunk to remember the words, repeating verses and sometimes giving up on the song altogether just to address the crowd. He taunted them, inciting them to ignore boundaries and to embrace fun and free love. As if to illustrate this, he took off his shirt and threw it into the audience, and began to play with his belt buckle. The band were nervous and anticipating his next move, and so soundman Vince Treanor physically approached Jim and stopped him from unzipping his pants. Unknown to them, Jim was (apparently unusually for him) wearing boxer shorts and had planned to only toy with the boundaries of what he could legally get away with.

His plan foiled, Jim went on with the show, continuing to chide the audience and inviting them to storm the stage, which they eventually did. The party continued until the stage was in danger of breaking, at which point a security man threw Jim off the stage and the crowd followed, thus ending the concert. Afterwards, several police officers hung around backstage and joked with the band, and all were in good spirits.

In the ensuing court case, there was no visual evidence, although hundreds and hundreds of photographs of the night were reviewed. The testimony of the complainant and the police was evidence enough to convict the singer, and forever put a blot on his name and on his career.

Very quickly, cities all over the US began to cancel shows by the band, and to boycott appearances, citing them as a bad influence on the younger generation. It did damage that The Doors could never repair in the years that led up to Morrison’s death.

It is impossible to tell the effect this had on other performers of the time. The fact that an artistic performance could put them in real danger of arrest was a serious threat in the 60s and 70s, when negative press and question of moral character could seriously destroy a career.

Jim Morrison was happy to seek out infamy, to push social and artistic boundaries, and to speak freely through music and poetry. It seems at times that the establishment he spoke so vehemently against was determined to silence him at any cost. To them, it was a prime opportunity to make an example of a figurehead of the hippie culture that was leading their youth away from them.

Even after the appeal was upheld, one of the original officers complained that it led credibility ‘to the destructive drug culture that is wreaking havoc within our society, and Mr. Morrison’s misspent life.’

Morrison’s pardon in 2010, 40 years after the singer’s death, was a casual and understated affair, tucked away among many such appeals that day. It seems a lukewarm end to a situation that marked such an influential career.

Ray Manzarek later summed up the clearing of his friend’s name, and the vindication of the singer’s stage persona: ’The message is art first, censorship second. The lovers and artists and poets win one more time.’