If you listed out all of the common horror movie tropes, playing a game is definitely on that list. Cabin in the Woods was a game run by a group trying to appease a demon. The Belko Experiment was a sadistic… well, experiment and the Saw series has more than enough games for a lifetime. With that in mind, enter 2019’s Ready or Not. This recent horror flick is a darkly funny yet still scary story that truly feels like a new adventure into the world of horror movie games—yet also takes cues from horror games. From devil worship to homicidal brides, this movie makes for one heck of a ride, and I was thoroughly impressed.

Going in to Ready or Not, I was not sure what to think. Horror movies aren’t usually my cup of tea, and I had only seen the trailer once. Yet, that one time was enough to pique my interest, so into the theater, I went. Right away I knew I was in for a good time. The characters were set up right away for me to root for the leading couple Grace and Alex (played by Samara Weaving and Mark O’Brien). Immediately, you know something is wrong. The supporting cast of family members are just off-putting enough that you know something is about to be very problematic. 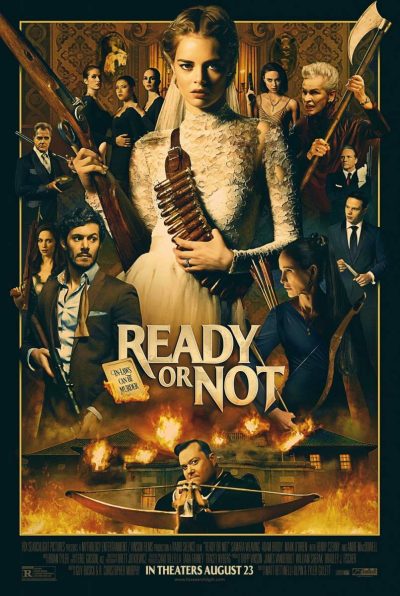 The main characters get married, and the supposedly happy couple can go on with their lives. But first, Alex De Lomas, the new husband, and estranged son of the De Lomas family tells his new wife Grace that she needs to play a game with his family. Alex very obviously wants to get out of town as fast as possible, but for whatever reason, he knows Grace has to play a game with his family before they can leave for good. This is significant because the De Lomas family made their fortune as a game-making company.

Grace is asked to select a random card from a puzzle box that will reveal the game she is to play. Grace is to play “Hide and Seek,” and it all goes down from here.

It is revealed that while Grace thinks they are just playing an innocent game, “Hide and Seek” actually means that the De Lomas family has to hunt Grace down and have her subdued for a ritual by daybreak. Grace’s day only proceeds to get worse and worse—but this is why the film is so good. Without spoiling any more details, throughout the next eight hours in the movie, Grace undergoes some of the worst luck a newlywed could have. Making Ready or Not one of the best dark comedy/horrors of recent memory.

I already touched on Weaving and O’Brien as the leading characters, but the rest of the cast also plays their parts exceptionally well. The most compelling character of the whole film (besides the unlucky  Grace) would have to be Alex’s brother Daniel, played by Adam Brody. Throughout the entire film, you are left guessing whether he is friend or foe, and Brody puts on a masterful performance that genuinely makes you feel for the character. The rest of the family has their ups and downs, from the prototypical scary great aunt and the overbearing parental figures, but it all works out perfectly in the end. 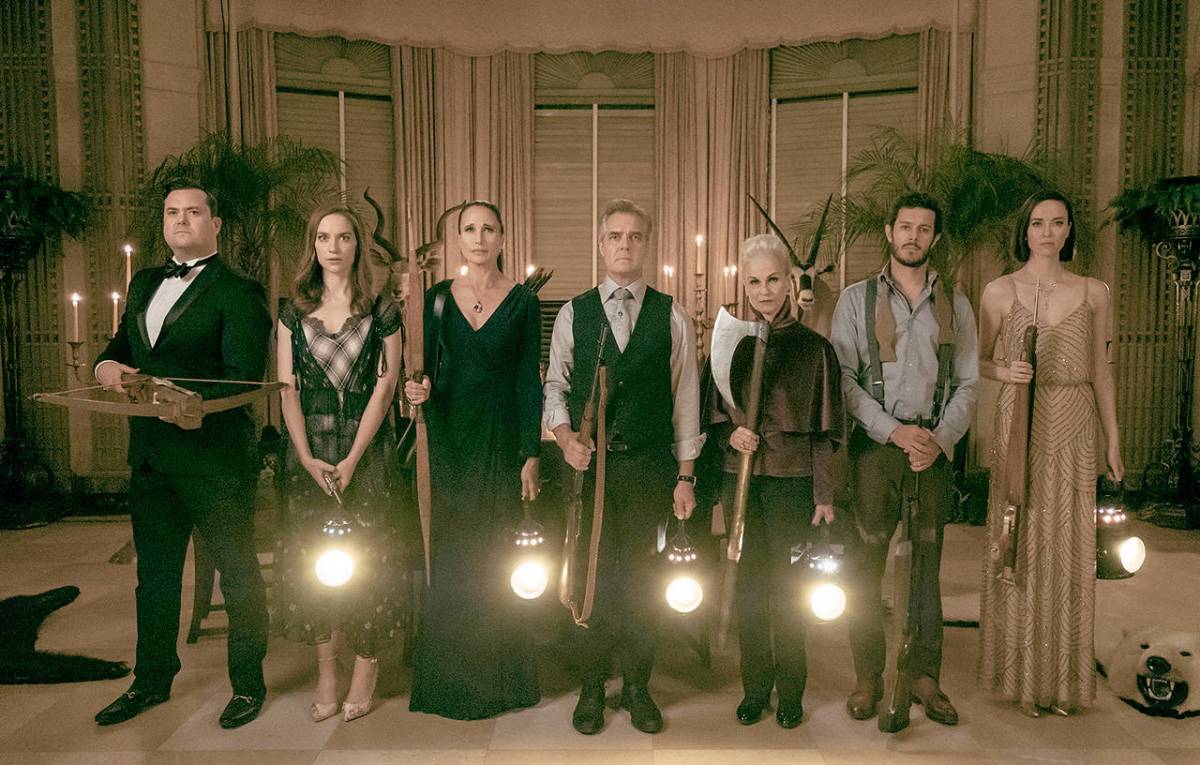 The plot itself works especially well, and I could not have been more pleased. The films writers could have very easily made this your run of the mill horror movie with a spooky family, unsuspecting bride, and a cookie-cutter plot. But with all the comedy that was added, it made the situation feel much more real. And make no mistake, I do not mean slapstick comedy or tons of jokes. Ready or Not had just the right amount of situational humor and dark comedic moments that allowed to plot to move forward organically. Each event leads to a logical next step, all culminating in one of the best and funniest payoffs for the main character in a horror film I have seen in quite some time.

I will not spoil the end for those who have not seen the movie yet, but I was buckled over with laughter while also feeling absolutely elated for how the movie was ending. Everything just came together perfectly, and the writers and director knew that the movie could only end one way for it to be successful. If they decided to take the way that I honestly thought was going to happen, then the movie would not have been nearly as good. Ready or Not is an extremely pleasing horror/comedy that really took me by surprise. It is not perfect, but it more than gets the job done for a low budget indie flick. I, for one absolutely loved this movie, and I cannot wait to see what comes next for everyone involved.