Starting today, September 3, through Tuesday, September 17, Respawn and EA will be running the next Apex Legends event, Voidwalker. Centering around the character Wraith’s mysterious past, this themed event introduces special content, including a new town takeover, a limited-time mode, challenges and more.

You can step into the void and view the second of Apex Legends “Stories from the Outlands” short films, Voidwalker below. The short film dives into Wraith’s background and a score she has to settle with a mysterious scientist, deep below ground in an IMC Detention Facility—things get complicated when she meets someone in desperate need of her help: herself:

Wraith is a whirlwind fighter, able to execute swift and deadly attacks and manipulate spacetime by opening rifts in the fabric of reality — but she has no idea how she became that way. Years ago, she woke up in an IMC Detention Facility for the Mentally Ill with no memory of her life before. She also began hearing a distant voice whispering in her mind that would keep her awake for days on end. Despite nearly driving her insane, once she started to listen and trust it, the voice helped her harness her newfound power of void manipulation and escape the facility.

Determined to uncover her true identity, Wraith began a quest to find out more about the experiments. Many of the old research facilities, however, are buried beneath heavily guarded arenas used for the Apex Games. Now Wraith has joined the competition, and with every match she gets closer to the truth. 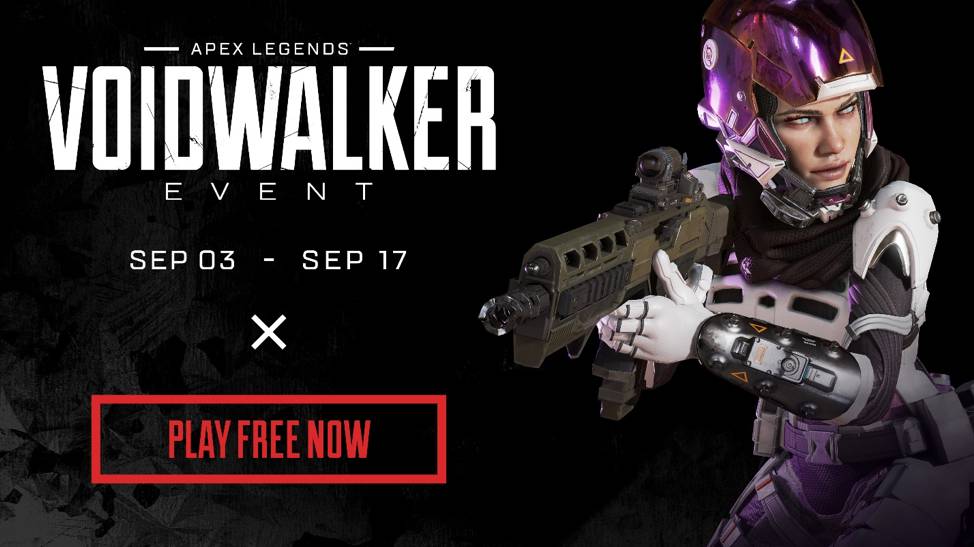 What’s in the Voidwalker Themed Event?

Syndicate construction crews have unearthed part of a decayed Project: Wraith facility in Kings Canyon. Jump in to discover for yourself the mysterious remains of the research site, including a functional prototype portal that can be used to get an early jump on the base – or to escape and reinitiate skydive. And be sure to keep an eye out for other hidden lore details.

In the same spirit of Wraith’s escape, brand new LTM, Armed and Dangerous are introduced, where weapons are limited to snipers and shotguns while overall loot is much harder to come by.

Complete a variety of challenges to earn exclusive skins and Wraith-themed content. All challenges and rewards will be limited to the two-week event.

As a tie in to the short, a set of themed cosmetics have been added such as the Voidwalker Wraith Legendary, which includes a custom character select animation.

New to this event lower price point items are being introduced; outside of the legendary skin and frame, all themed cosmetics are $5. These items are Event Limited, so they will be eligible to return six months after the event ends on September 17. During the Voidwalker themed event they will rotate through the in-game store on the following schedule: 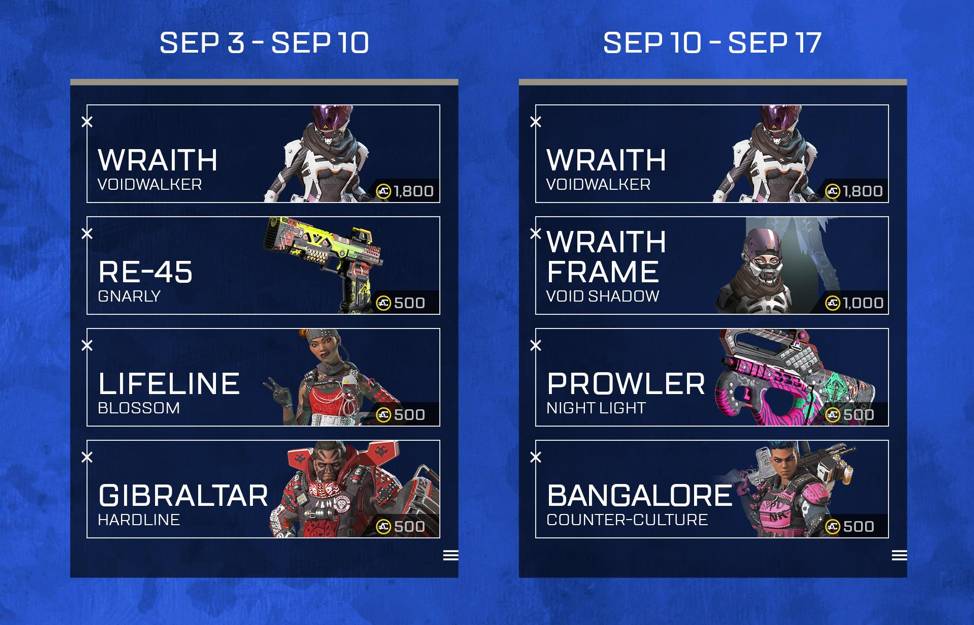 In addition to these cosmetics, six new legendary items have been added to the core loot pool which can be crafted or obtained through packs. As a limited event promotion, each of these items will also receive a first look offer in the direct purchase store.