“Only the good die young” as the song goes. Over the years there have been a number of TV shows that have made an impact on us here at 25YL, which we have been sad to see struck down in their prime. A season or two that grabbed us, and…that’s it. Whether there is some sense of completion, or we are left dangling by a finger from the side of a cliff, these are shows that we think are worth remembering, re-visiting, or even watching now for the first time. This week Abbie Sears takes a look at My Name Is Earl.

There are a whole lot of cancelled television shows in the world that I could talk about here, and I could go into the stories that were left unfinished and the characters I miss. But the show I’m most upset about not returning to my screen is definitely My Name Is Earl.

There’s a very obvious point to be made when talking about why My Name Is Earl was cancelled too soon and it’s that the show literally ended on the words “To Be Continued…” How could they do this to me? Honestly, the cancellation makes me so angry because it is one of my favourite shows out there. 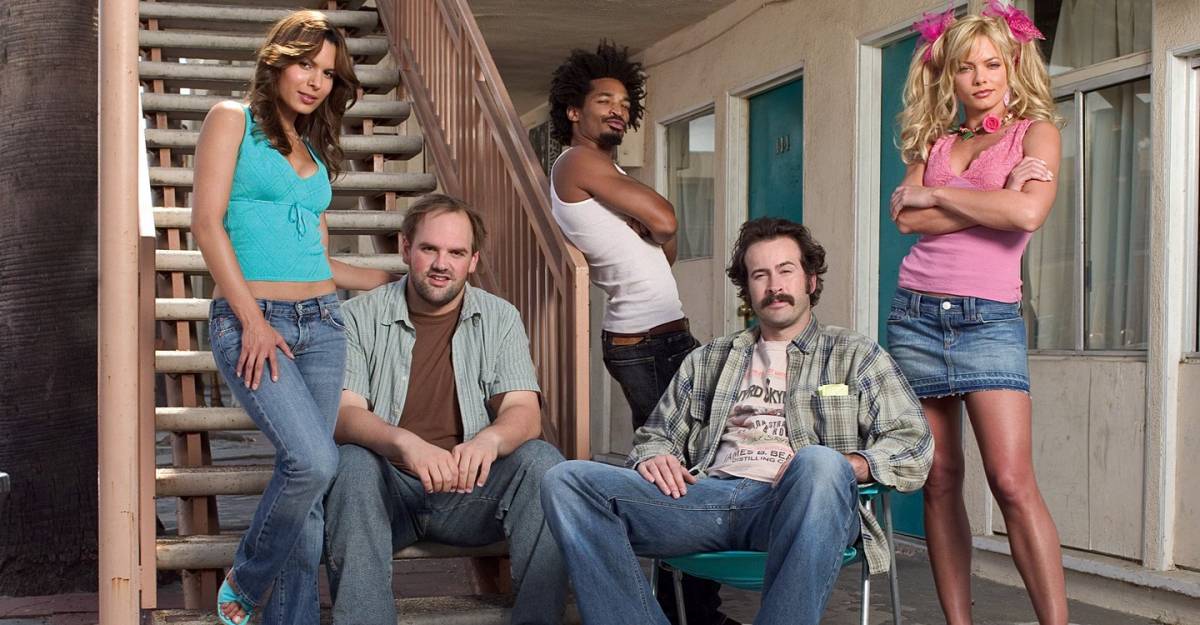 What’s So Good About My Name Is Earl?

I love a story with a unique concept. My Name Is Earl is a sitcom—and I love sitcoms—but quite a lot of them follow the same pattern, and some even have identical storylines. But this show was different; it had a story I’d never come across before with characters you don’t find every day.

The plot of My Name Is Earl is based around Earl Hickey who is a bit of a bad guy, to say the least. He was a bully in high school and steals anything he can from the innocent, all with a negative outlook on the world. One day he wins $100,000 on a scratch card, only to be hit by a car and lose that scratch card immediately after. In the hospital, Earl watches a talk show that teaches him about karma. Granted, he thinks that Carson Daly actually thought of karma himself, but he takes this very seriously and decides to make a list of all the wrongs he has done and make them right. He begins with picking up trash around the motel where he lives (because he’s been a litterbug) and a sign comes to him as he does so: that winning scratch card lands at his feet, and Earl realises it’s a sign to keep doing right. See, not only is the plot of My Name Is Earl unique, but it sends a great moral message to the viewers.

The characters in the show are loveable even when they’re being bad people. Earl rents a motel room with his brother Randy. Randy is a little slow but he’s a good guy and quite an adorable character. Earl’s ex-wife Joy and her new husband Crabman are hilarious. Joy is a violent, outspoken maniac and Crabman is really quite the opposite; he’s the most laid-back guy you could find. But they make a fun couple and I love them together. A classic recurring moment in the series is how Earl and Crabman greet each other with, “Hey Earl,” “Hey Crabman.” In the same way, each night in the motel Earl and Randy say “Goodnight Earl,” “Goodnight Randy.” I love little moments like that on television. It’s those little things that help you get to know characters and really develop their relationships. Earl and Randy also have a great friend in Catalina, the maid from their motel. She is a stunning, straight-talking dancer and it’s easy to see why Randy falls head over heels for her.

Jason Lee as Earl Hickey is the star of the show and ties all these characters together in the family that is My Name Is Earl. I’ve always been a huge fan of Jason Lee, him as a person and everything he does. You don’t hear from Lee so much anymore; he’s living a good life in Denton, Texas and is an incredible photographer. My Name Is Earl is an opportunity to spend 96 whole episodes with this guy—how cool is that? I can’t think of anyone else who could put the Earl Hickey character together like Jason Lee did. Jason alone is a good enough reason to binge My Name Is Earl when you’re looking for your next favourite television show. 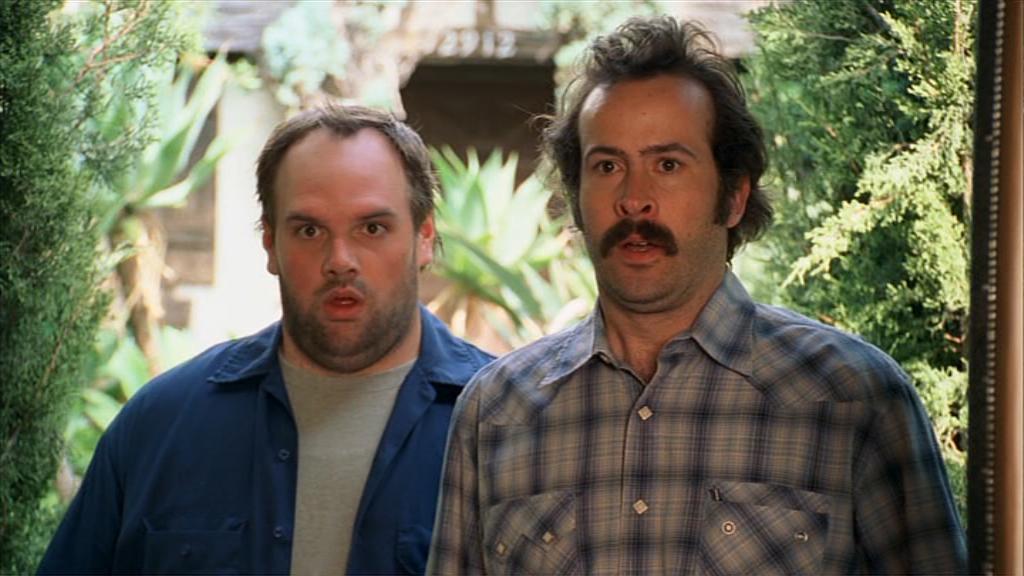 When the final episode of Season 4 aired, it was left on a “To be continued” cliffhanger. This is because the network had told creator and writer Greg Garcia that he was safe to do this before unexpectedly cancelling after Season 4 had aired.

The “To Be Continued” was in relation to a major storyline throughout My Name Is Earl, which was who was really the father of Joy’s sons. The finale of Season 4 revealed that Earl really was the father of Dodge, and that same DNA test revealed that Crabman was not the father of Earl Jr. like he thought he was. Greg had revealed that he intended to share who the father was later on in the series, and that’s something we will never know.

Another storyline that we didn’t get an ending to is Randy and Catalina. No matter how unrealistic I thought it would have been, Randy is a good guy and deserves to be with the woman he loves forever. I love a story of true love and I could have gotten it from those two. I’m sure of that.

Of course, the main storyline of Earl being able to finish his list is the most unsatisfying part of the cancellation. We never see Earl accept the good he has done and move on from trying to fix his life. He’s gotten pretty far, but a lot more could have come from that. 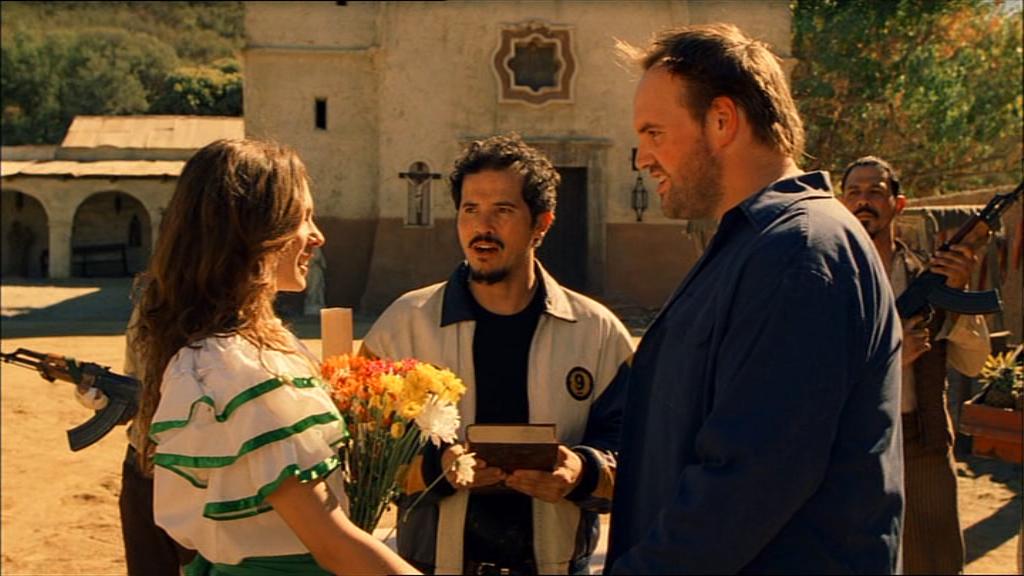 What Would Have Happened?

We were given some relief when Greg Garcia spoke out about the plans he had for My Name Is Earl. During an “Ask me Anything” session on Reddit, he explained that Earl Hickey would have never completed all 259 items on his list, but he would have come to terms with that and realised that the good he had put out into the world was already making a real change.

I had always had an ending to Earl and I’m sorry I didn’t get the chance to see it happen. You’ve got a show about a guy with a list so not seeing him finish it is a bummer. But the truth is, he wasn’t ever going to finish the list. The basic idea of the ending was that while he was stuck on a really hard list item he was going to start to get frustrated that he was never going to finish it. Then he runs into someone who had a list of their own and Earl was on it. They needed to make up for something bad they had done to Earl. He asks them where they got the idea of making a list and they tell him that someone came to them with a list and that person got the idea from someone else. Earl eventually realizes that his list started a chain reaction of people with lists and that he’s finally put more good into the world than bad. So at that point he was going to tear up his list and go live his life. Walk into the sunset a free man. With good karma.

I fully approve of this ending to the show. I suppose it’s unrealistic to think that Earl would complete every item on such a long list. Even in that case, when you finish the final thing without a sense or a visual that what you’ve done has actually put good back into the world, you would be left without any real closure on the matter. But in this scenario, Earl has influenced those in his community; he has helped them to start helping each other, and he really has made the world a better place. That’s how Carson Daly turned his life around and got good karma. 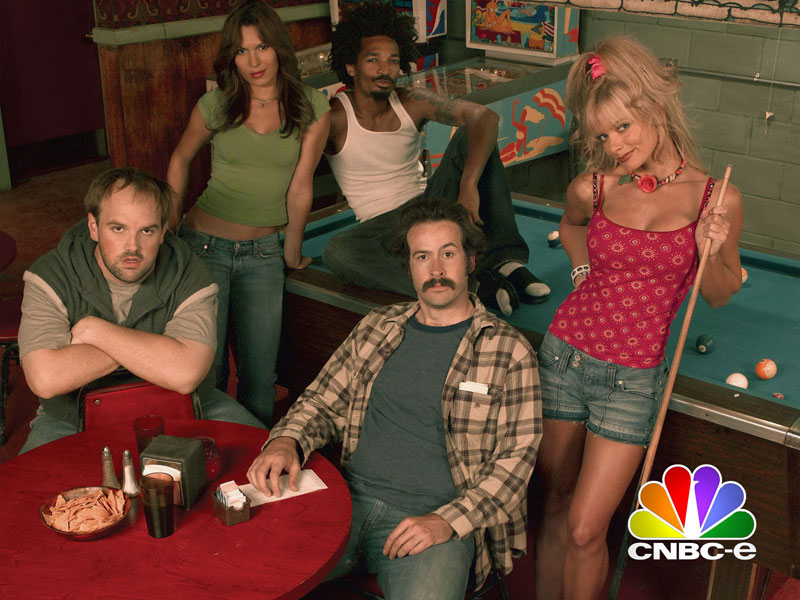 It really breaks my heart to think I’ll never see that ending, but I am so grateful that the information is out there and we aren’t left wondering what would have been. I’m someone who watches my favourite shows over and over again and never tires of them. Considering I’ve been doing this with My Name Is Earl since 2005 when the show first aired, I don’t think I’ll ever stop. This show gives me what I crave in television: a real family connection between its characters. It makes you want to be a part of their lives. In 2005, I was six years old; I’ve grown up as a part of the Hickey family and I love that so much.

Please, if you enjoy sitcoms and like the sound of what you’ve read here, watch My Name Is Earl. Honestly, I don’t think there’s a chance that it will come back because actors and writers move on and we have to do the same. But we can watch the four seasons we were blessed with and ultimately be heartbroken together about never seeing that beautiful ending.