This September 11th will mark 18 years since the fall of the twin towers. Almost two decades ago, America changed dramatically. After the dust had settled, and people began picking up the pieces of their lives that had changed forever, the American dream was forever altered. No longer was our country the safe haven for all of the world. No longer was America an island in a world in turmoil. But, with all this change, people have also lost sight of what makes America so special. And it is with that thought that I am drawn to a movie that came out just seven years before that, in 1994: Forrest Gump. Forrest Gump is a movie that puts together everything that people in America can be, and it does so in fantastic fashion. And during this time of reflection, I look back at a movie that speaks volumes, and could also still teach us a lesson or two. 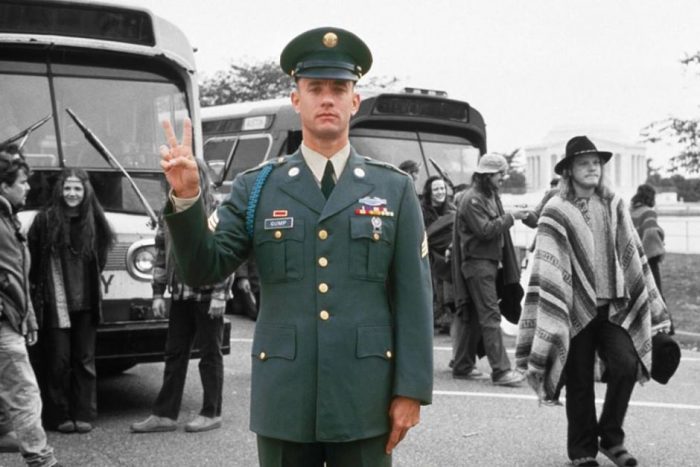 Forrest Gump is a movie about the life of a kindly and unsuspecting man that somehow finds his way into nearly every single significant event in America, from the ’50s to the ’80s. The titular hero has a low IQ, has very little money to his name, and at first glance, there is nothing particularly special about him. But, through watching Forrest grow up in a world full of hate and hardship, we learn that even the unlikeliest of heroes can make a difference. I often find myself saying, “If Forrest Gump can do that, maybe I can too!” And it is this very lesson that the movie puts in plain sight.

When we talk about September 11th, a lot of the discussion surrounds the bravery and heroism of the first responders in New York that day, and rightfully. What we have to remember is that each of these people may not be Superman, but each one is a father, a sibling, a friend, and someone that tried their best to save others on that fateful day. One can easily draw a comparison to Forrest Gump here, and trust me I know how silly it sounds! But the fact of the matter is, just like the first responders of September 11th, Forrest Gump found himself in so many situations where he had to try his best. When at war in Vietnam, when playing football at Alabama, and when running multiple times across the county, Forrest always did his best.

Throughout the movie, Forrest knows that there is a right and a wrong. He may not always see it right away, but he sees it nonetheless. And when he does, he knows he has to act on it. When people are injured in Vietnam, he knows he has to save them. When his mother is sick in the hospital, he (literally) drops everything he’s doing and goes to her aid. And when his long-time love is in a bad place, he knows he needs to help her. These situations may not be saving the lives of hundreds like the first responders did 18 years ago, but they are still very much important. And it is this lesson, seeing the importance and the right in everyday life, that Forrest Gump teaches us. 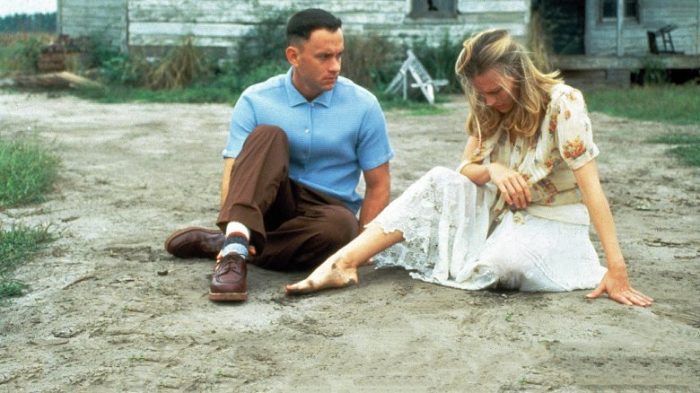 History Through His Eyes

Forrest did an incredible amount of things in his life, and they made for a great story. Put together with Tom Hanks’ beautiful acting and Robert Zemeckis’ wonderful directing, it is no surprise that the film won Best Picture at the Academy Awards that year. But as unbelievable as the story may be, there is yet another potent lesson within the plot. We already said that Forrest knows the difference between right and wrong, but diving deeper into that we can see that Forrest just sees the world for what it is. For example, when going to university in Alabama, the school was starting to integrate. Forrest did not know what all the fuss was about and did not even understand the racial slur that someone next to him used. Forrest simply saw more students walking into school, and followed right behind them.

And things like this aren’t just limited to race; Forrest seems to ignore, or rather not even notice every instance of hate and ignorance over the course of three decades. Hate, heartbreak, war, even disease, and depression. And in doing so, he is able to help his friends get out of tough places; his old platoon sergeant Lieutenant Dan, his life-long love Jenny, and many people around the world while he was running. Just be seeing the world for what it is, a world full of ordinary, everyday people, Forrest teaches his friends (and the viewers) that there is more than one way to live a life, and that there is always room for love. 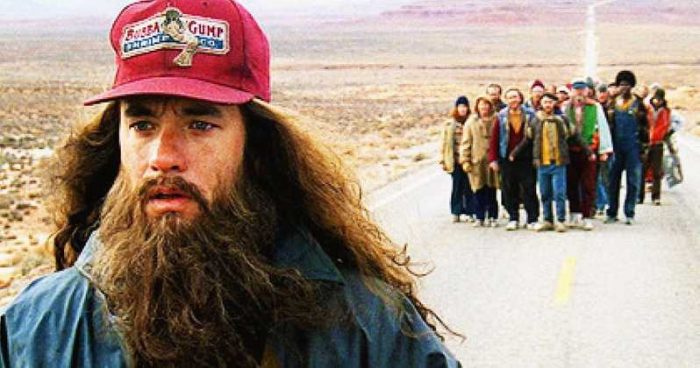 Tying it all together

On top of all of these heavy lessons, Forrest Gump is just a great movie and story. While it’s obvious that someone most likely couldn’t win a national championship, win the medal of honor, run across America and catch more shrimp that he knew what to do with all at the SAME time, it’s the stories within these events that make the movie so significant. People always like the famous “box of chocolates” quote, but I like this one better: “I don’t know if we each have a destiny, or if we’re all just floatin’ around accidental-like on a breeze. But I, I think maybe it’s both.” And I think Forrest is absolutely right. So whether you’re a first responder on September 11th or an average Joe walking down the street, there’s something special waiting for you out there. Forrest Gump was released 25 years ago, and it is still a poignant and powerful film to this day.