It is never too early to start Oscar season. Thanks to the appearance of an increasing number of important film festivals around the world and the prevalence of social media, studios are open to expanding the traditional release window for prestige films, November and December, into the earlier months of October and September. With a strong enough presence in the zeitgeist, like that of 2018 Best Picture nominee Black Panther, which was released before the Academy Awards ceremony for the previous year even aired, a film can ride a literal year’s worth of buzz into glory.

That does rely, of course, on the buzz being positive. While Joker has become an unexpected critical and award seeking darling, conquering Venice and Toronto, the more “traditional” Oscar hopeful, The Goldfinch, in theaters September 13th, is becoming the much-talked-about failure before it can even grace a screen for the paying public. And while that type of buzz can easily turn around with word of mouth when released to the masses, it appears Warner Bros. and Amazon Studio’s hopes for early Oscar gold may be dashed before they can even begin. 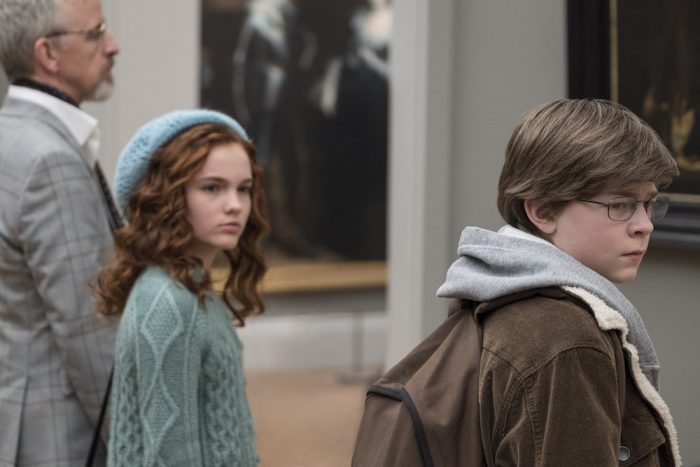 Based on the insanely popular Pulitzer Prize-winning novel The Goldfinch, written by Donna Tartt, the film adaptation has all the bullet points you’d expect from Oscar bait: seductive imagery, self-important voice-over, swelling musical cues, artistically choreographed violence, and lots and lots of restrained crying by (mostly) big-name actors. On paper, this looks like a shoo-in for Best Picture. But this gorgeous exterior belies a hollow center; an underdeveloped story playing dress up as a prestige film.

The Goldfinch centers around Theo Decker (played as a 13-year-old by the impressive Oakes Fegley, and as an adult by a dull Ansel Elgort), an antique dealer who, as a young boy, survived a terrorist attack at the Metropolitan Museum of Art in New York City, sometime in the early aughts, losing his mother in the tragedy. Shifting from state to state and family to family, the motherless Decker (with an absentee father), relies on one thing in his transient life: a legendary painting called “The Goldfinch”, which was thought to have been destroyed in the terrorist attack but was, in fact, taken by Theo as he escaped the ruins.

As Theo moves from household to household, first with the upper crust Barbours, led by matriarch Samantha (Nicole Kidman), then with his gambling degenerate father Larry (Luke Wilson) and his trashy girlfriend Xandra (a perfectly slimy Sarah Paulson) in the Las Vegas wastelands of emptied, foreclosed wannabe suburbia, and finally to the antique shop of Hobart & Blackwell, still run by the sensitive and kind Hobie (Jeffrey Wright), he clings to the one constant he has: “The Goldfinch” itself, always hidden from both his friends and his enemies. 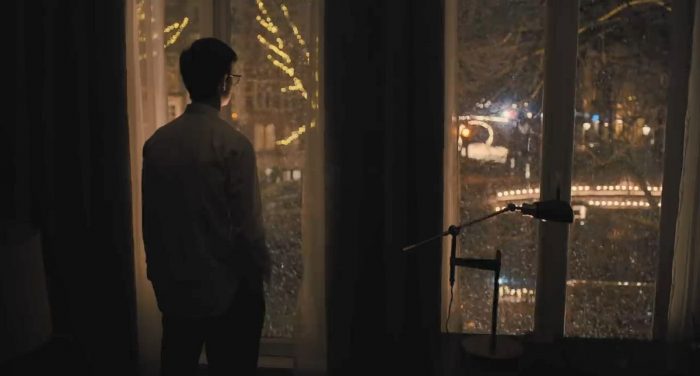 The Goldfinch’s greatest asset is its look. If the film fails to garner much Oscar love in the categories it is aspiring for then it will surely be recognized for modern master Roger Deakin’s breathtaking cinematography. Though not asked to traverse landscapes as diverse and hostile as a broken Earth in Blade Runner 2049, Deakins’ color schemes, shadow play, and deep panoramas bring the film to a life the screenplay wishes it could do itself. Deakins does a lot of the emotional heavy lifting, but even the master can’t mask a long and seemingly motionless slog forever. The Goldfinch looks pretty in still frames but sadly feels immobile and endless.

And therein lies The Goldfinch’s biggest problem: balance. There is no denying the film, and the book before it, aspires to be epic. By covering multiple time periods, featuring exotic art, and constantly shifting to diametrically opposed locations, the story commands a large scope. But the key to selling that scope is the balancing act between the vital parts of the young Theo’s life and the adult Theo’s life and, sadly, The Goldfinch can never find firm ground despite a two and a half hour running time.

Kelley Dixon, a first-time film editor, perhaps sensing the adult portions are the weakest part of the narrative, overcompensates by focusing on the young Theo too much and too often. While this overexposure, led by Fegley’s nuanced performance (with a strong supporting assist by Stranger Things’ Finn Wolfhard as the equally misplaced Boris, a friend Theo meets along the way), solidifies Theo’s purpose, it also keeps us apart from the older Theo for damagingly long periods. Because of this failure to properly connect the time periods, at no point do we feel that Fegley and Elgort are the same person, which is a big problem when the whole story rests on that character’s shoulders in two time periods.

In the end, it all comes down to the hollowness at The Goldfinch’s core. It meets the demands of the epic without necessarily providing the supply. The acting is great but without a well-edited story, it becomes an emotionless waste. And an emotionless waste can sure look pretty, as Deakins proves, but it leaves the audience cold. The Goldfinch plays the expected song but can’t hit any of the notes.