So, let’s talk about this. Clearly the most exciting news this week is the fact that they changed the Power theme song back to the original. Is it because we complained? Or are they just messing with us and they’ll change it back next week? Either way, I can’t even describe the joy I felt when I heard that line “they say this is a big rich town” just the way it should be. Round of applause to Power.

Another round of applause to 50 Cent, who after being tragically killed as Kanan in the show, came back and made his directorial debut with this episode. It always excites me when someone I love gets into directing, and 50 is one massive part of Power. He is the co-creator of the show after all; this was the perfect way for him to try it out. He sure discovered another talent, too. I loved what he did with this episode, and honestly it’s been the best one of the season so far.

This episode started with an unexpected Jimenez attack. Donovan and Dre were getting his daughter ready to be taken to a safe house, before Alicia’s court hearing when a group of men busted down the door and took most of the police team out. Donovan survived with a bullet in the shoulder only to have Dre pick up a gun and kill him after he saved him and his daughter. Not only that, but he murdered Donovan with his daughter in his arms watching him do it. He’s ruthless, and not that I expect him to care about psychology, but he has to know that what he did is going to f*ck his daughter up later in life.

Dre tried to escape with Heaven but got caught and taken back into custody, so he killed Donovan for no reason. Nobody knows it was him, so he’ll get away with it too. The question of who informed the Jimenez of Dre’s whereabouts remains a mystery.

Cooper Saxe isn’t seen as frequently this week, but he does receive the unicorn bug that Proctor’s ex-wife planted on their daughter. We don’t see if he hears anything, but Proctor spends a lot of time with Ghost, and Ghost even told Joe he had murdered Tommy. Anything could be on that recording that could send James and Proctor, or even Tommy, away for good.

The Democratic National Committee sends a woman named Ramona Garrity to help Councilman Tate with his campaign. She decided that James and Tasha make the perfect image to represent him while he is out of town, and when they approach Tasha for this, she takes up the opportunity to get what she wants out of this, which is a business start-up deal to operate a day care with her mother.

Tasha needs money at the moment, and in Power, nobody does anybody any favours without expecting something in return.

Last week we saw Tariq seemingly start a drug business with his roommate and a girl he met that he convinced to work with him. A romantic connection is building up between the two, and when he ran out of pills to supply them with, he admitted to her that he doesn’t have a connect. What he also doesn’t seem to have, though, is a plan. I don’t think Tariq is a quick thinker, but it’s likely he will turn to Tommy for help. This might have the best outcome, compared to his other options of getting involved with a connect who will take advantage of him and eventually get him killed. But the kid’s not always too smart—that’s why he’s involved in this to begin with.

Tariq this week also reminds us just how spoiled he can be, by spending his money on expensive watches and offering his money to his mom like he’s not even trying to hide it. He tells Tasha that Kanan left the money for him; apparently she believed it too. He got lucky there.

Jason turns to both Tommy and Ghost to complete the same job. He wants Alicia Jimenez bought to him and he wants her alive. This is quite the impossible task, because she’s being kept in a maximum-security jail and only leaving to be escorted to court and back. This is a tight time frame to plan anything, but they both try. Tommy recruits a man to serve spiked water to Alicia in the court room and when she starts coughing and gets sick, Keisha is waiting in the bathroom to let him know she’s there. An ambulance supposedly picks her up, with the feds not knowing that ambulance consists of Tommy, 2-bit and Spanky. He has BG block the feds’ cars from leaving the parking lot and following them.

Ghost was unsuccessful in more ways than one with this task. He didn’t get anywhere near Alicia, and he was spotted by both Dre and Tommy. Dre sees him as he’s waiting by the elevator dressed as a maintenance man, and when he decided to get out of there, he drives up to where Tommy is waiting with the ambulance, and watches Tommy win. I don’t know what Ghost planned on doing here; he didn’t even seem to have any help. His mind is all over the place, and yet he still seems to believe he is untouchable. He was a step away from being caught here.

Tommy delivers Alicia to Jason, and it doesn’t take long. In fact it takes one “go f*ck yourself” for Jason to kill her right there. And with this development, Dre is released from witness protection, and I can’t even imagine what a sh*t storm that’s going to bring to Ghost. 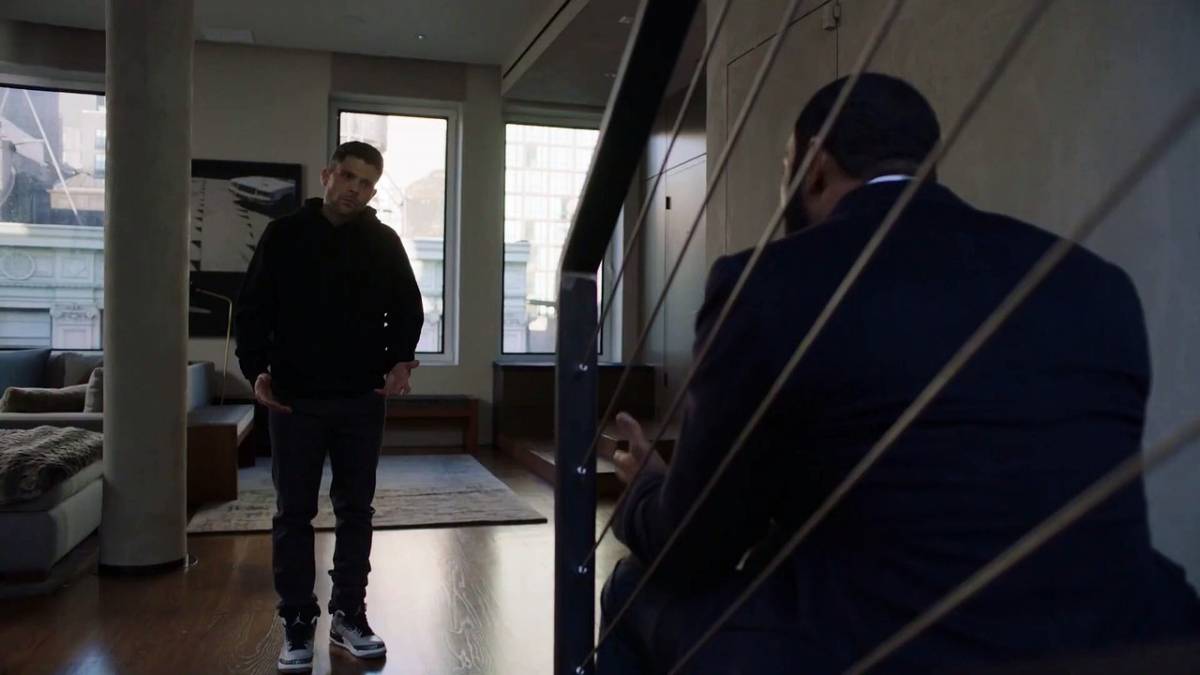 Both Tommy and Ghost fix their money problems, although they’re the opposite issues to each other. Ghost needs money and takes a loan from Simon Stern, of all people, and Tommy has too much money that he has to start cleaning it through Lakeisha’s salon. I really have a bad feeling about the future for Keisha if she keeps rolling with Tommy, and she seems to be pretty insistent on doing just that.

At this late point in the episode, Ghost calls up Tommy and is greeted with a “What the f*ck do you want Ghost?” Which honestly is exactly what I thought when he made the call. He wants them to work together to take out Jason. That might be what should happen, but now is the wrong time. It should obviously be the wrong time to make that call—come on Ghost, what are you doing? They say ghosts never die, but if James doesn’t stop acting stupid he’s not going to be around to lie to his family much longer.

Tommy leaves Ghost with the closing line “Next time I see you, Ima cancel Christmas on your ass” and this is how the show leaves us too. I’ll always have my dreams of Ghost and Tommy making up and family life resuming as normal, but honestly, the season isn’t called The Final Betrayal for no reason. It may just be that at the end of this, one brother has to leave in a body bag.

Come back to 25YL next week for another discussion on Power Season 6.