25 Years Ago, in the world of video gaming it was, to put it mildly, a “fantastically exciting time” to be playing video games and to think to yourself “What is coming next?” “What will the next Mario game look like on a new next-generation console?”.

The year would have been 1994 at the time of writing this piece and we had been enjoying (and in some cases not) some of the most amazing games of all time during what I call the “16-Bit Era” of games. At least, in my opinion, that is. SEGA’s Mega Drive (Genesis for any American readers) had been a big success for its creators and went toe to toe with Nintendo’s Super Nintendo (Super Famicom if you happened to be in Japan). 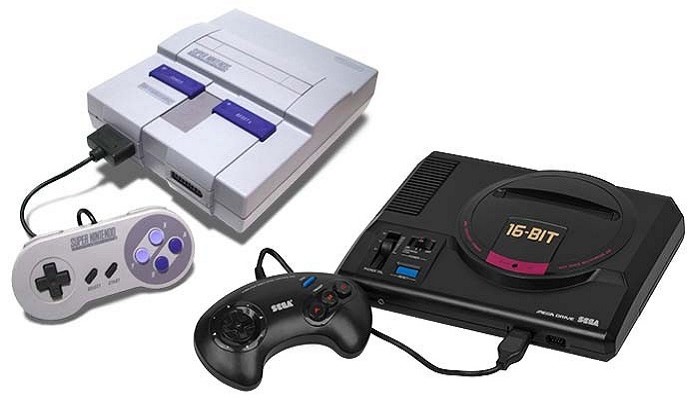 We had been treated to some astonishing games up until this point with the likes of Super Mario World, Sonic The Hedgehog 2 a few iterations of Street Fighter 2 (Turbo and Special Championship Edition’s, etc). We had Super Metroid, Super Soccer (ok maybe not that one!) and we had just got a glimpse of the future with games such as Star Wing (Star Fox for readers outside of Europe) and Virtua Racing. These showed the way with Polygons making the graphics we saw on screen whilst playing these games and things looked 3D…remember when 3D gaming was all the rage? I certainly do!

In the Arcades, we were starting to see games that would hit home consoles in the coming years. Big titles such as Ridge Racer which made Virtua Racing look very primitive and Tekken which made you think “If only Street Fighter 2 was like this!”. Then… we began to hear about some exciting “Super Consoles” that would appear on store shelves in Japan at the end of 1994. Those would be the Saturn from SEGA and a newcomer was about to enter the world of video gaming… Sony. The PlayStation would be in the hands of Japanese gamers by December of 94.

Little did we know at the time the PlayStation would turn out to be a major big hit for Sony! Now some of the amazing looking experiences you had in the Arcades when you played the likes of Ridge Racer and Virtua Fighter were coming home on these new “Super Consoles”. In future articles, I will go into more depth about both the SEGA Saturn and Sony’s PlayStation. It would be a couple more years until Nintendo would release its challenger to what I call the “32-Bit CD-ROM Era”… the N64! The N64 wouldn’t follow what SEGA and Sony did and be a 32-Bit CD-ROM console, however, Nintendo stuck with Cartridges which at the time seemed a very odd thing to do especially given how much larger the games could be on a CD-ROM rather than a traditional ROM Cartridge. This, in my opinion, was a pretty bad move by Nintendo as it hampered Developers when it came to content. Often they would have to cut content out of the N64 version. 1 Such example that I knew back in the day was FIFA 98. Its play by play Commentary from the Legendary John Motson was incredibly limited when compared to the same game released on Nintendo’s competitor’s hardware.

To finish up, it is unbelievable to think that the Sony PlayStation and SEGA Saturn are about to turn 25 years old at the end of 2019. Where has the time gone? What do you remember when someone mentions games from 1994? Did you remember hearing about the “Super Consoles”? Oh and RIP Commodore. They went bankrupt in April of 1994 and I remember being very sad as a young boy who spent a lot of his childhood playing games on a Commodore 64 and being wowed by the Commodore Amiga 500.