The Righteous Gemstones, the latest show from creator Danny McBride, is by far his most ambitious one yet. Focusing on a family that owns one of the largest fictional megachurch operations in South Carolina, the surface layer of the HBO comedy is a skewering of televangelists and their personal enrichment through the tithing of their congregations. John Goodman, Danny McBride, Adam Devine, and Edi Patterson lead the cast, and the result is glorious.

The excess is comically overblown: their compound is adorned with a sign reading “Blessed Are the Poor in Spirit: For Theirs is the Kingdom of Heaven…No Trespassing.” The introduction to the compound itself is comprised of sweeping aerial shots of an amusement park, gun range, lakes and fields, and a separate mansion for each member of the family. The series opens with the family hosting a “24 Hour Baptisim Marathon” in China, wasting no time effectively portraying just how hypocritical and dysfunctional the family, and prosperity gospel as a whole, are. One of the Gemstone churches is in a mall, and Kelvin (Adam Devine) quickly mentions the relationship between capitalism and evangelicalism in the United States, stopping to get his bearings at a mall map and trying to remember whether the new Gemstone church used to be a Sears or a Foot Locker.

It becomes progressively more obvious, however, that this show is not just about dunking on prosperity gospel. McBride himself has confirmed this, stating that he grew up in a very religious household and still has relatives that attend or lead church services. He hopes he’s made something anyone, especially those who are religious, can still enjoy. “When Hollywood decides to take on religion, I think they make the deadly mistake of lampooning people for their beliefs, which is not something I’m interested in doing. I would not go and pass judgement on other people. For us it’s about lampooning somebody who presents themselves one way and is not that way.” 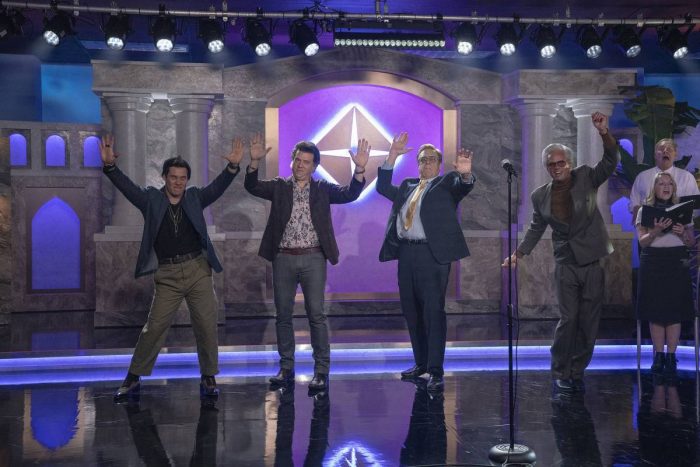 As with Vice Principals, the pitch is just a framing device; window dressing to the exhibition of characters that are utterly deplorable, but oddly compelling. McBride writes these characters as humans; they have their wants, needs, beliefs and ambitions, and any of their actions are tied to something in the past or present. They’re three-dimensional and dynamic, despite being mostly despicable. It’s still compelling to see where these characters will end up.

Despite their caricatured portrayals (or perhaps benefiting from them), each Gemstone shines as a character. Eli, the patriarch, has daily personal devotions outside with a memorial to his late wife, Aimee-Leigh, but the allure of the Gemstone patriarchy in her absence has made him hungry with power and wealth. He begins installing another church in a small town further out in Locust Grove, with the deliberate intention of swallowing up the congregations-and the coffers-of the four small churches in the area. He’d do well in Westeros.

Jesse, likewise, is an authoritarian figure who won’t accept anything but devotion to the Church from his children (“Everyone’s going to church, god damn it” he snarls on more than one occasion). This is likely due to the fact that his eldest, Gideon, left the church at 18 to be a Hollywood stuntman, making Gideon’s name taboo in Jesse’s house. 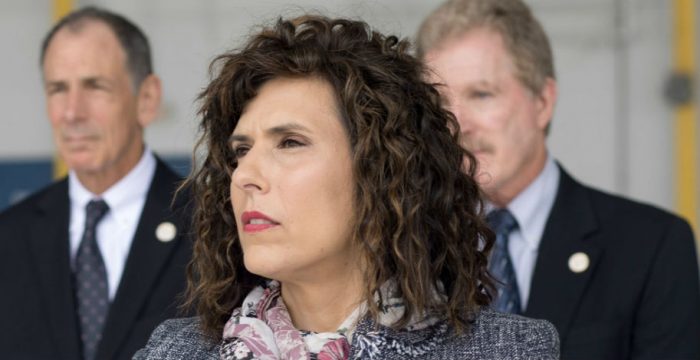 McBride generally sticks to portraying permutations of the same sort of character, but he’s so good at writing and performing that character, it never gets old. With all three of the main characters McBride has portrayed in his HBO shows, he’s been an aggressive, immature man-child. While the previous two shows featured McBride as a tool trying to get what he wanted, Gemstones finds a similar character that’s achieved his ambitions, and is still no better for it.

Of the younger gemstones, Kelvin (Adam Devine) does, at times, seem genuinely interested in the cause. He’s openly kind to Keefe (Tony Cavalero), and most of the episode “Wicked Lips” is devoted Kelvin attempting to guide a young, rebellious girl away from her toxic boyfriend and to Kelvin’s youth group. Whether or not the Justin Bieber-looking Kelvin actually understands what he’s doing remains to be seen, as he and his siblings act like children half their ages. Judy (Edi Patterson) is almost definitely one of the smartest of the family, but has been relegated to being sidelined and maligned, constantly defending her dopey fiancee from verbal onslaughts from the rest of the family (even Eli discreetly chuckles at the insults hurled at the poor man).

In fact, the Gemstone children spend most of their time bickering and shouting childish schoolyard insults at each other, escalating until the verbal threats turn into physical ones. Yet, in his hour of need, both siblings come to Jesse’s aid, suggesting this trio does have some kind of foundation together, shaky as it may be. 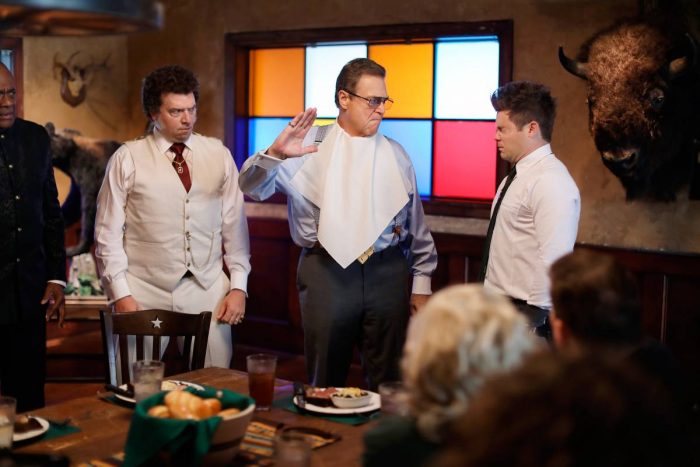 The midseason (and most recent) episode, “Interlude,” is a flashback to the late ’80s, when Aimee-Leigh is still alive and pregnant, and Jesse and Judy are young children that bicker exactly as they do as adults. It’s honestly remarkable how well J. Gaven Wilde and Emma Shannon reflect the personalities of McBride and Patterson, respectively, and it shows just how neither of them have matured in the decades since.

Young Judy is given an extravagant birthday party, where it is clearly shown how spoiled she is. Eli’s father scolds, asking him if he used the church’s money for all of this excess and reminding him that all a church needs is “Four walls, some willing souls, and a good book.” This causes Eli to take pause and try to set his children on a better path. This dream seems to die with Aimee-Leigh, whose bygone positive influence was hinted at in earlier episodes. She was the moral compass of the family and the guiding light of their evangelical journey. With her gone, the greed of the Gemstones grows like an untamed weed.

The difference between past and present is also shown in two post-church sequences at the same buffet. In the ’80s, they nonchalantly enter the restaurant set to a soft montage of delicious food being served from the warming trays, and the family sits at a table in the common area to eat. In the present, the family rolls in like members of the mafia as the entire restaurant stops to gaze in awe, and the family has their own private dining area upstairs—above everyone else. Eli even makes a joke to his wife in the flashback as they tour the land they’re about to buy, suggesting an amusement park and a house for each of their children, which all come to be in the present. Finally, while Aimee-Leigh in the past was the face of the family and a remarkably strong woman, the female Gemstones of the present fare far worse, with Jesse’s wife pausing to ask her husband’s permission before commenting on the role of a woman. “Interlude” might be the most interesting episode thus far with how it juxtaposes past and present.

More so than ever before, there’s really no real way of knowing where The Righteous Gemstones will go in the second half of this season and beyond. Each of the five episodes so far has been darker and more character-focused than the previous, with “Interlude” almost completely devoid of shlock. Baby Billy is bitter over his sister breaking up their band to get married, and reacts with anger and hatred when her third pregnancy puts a stop to his plans to get the band back together and earn him some much needed money. Walton Goggins, impossibly good in nearly everything he appears in, exchanges the broad, theatrical, and weird present day Baby Billy for a conniving, frightening and devilish past version. 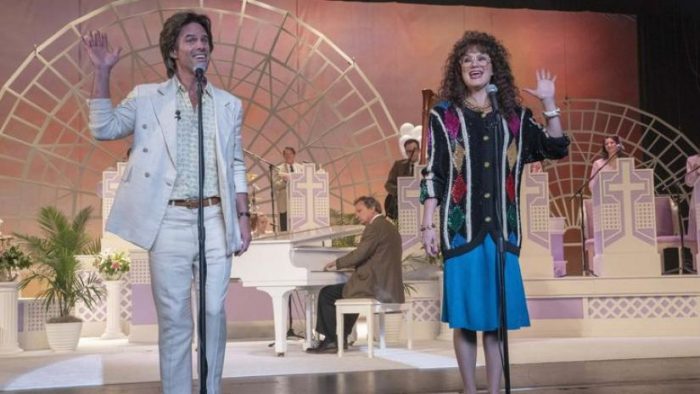 One of the biggest moments comes when Baby Billy is shown to not have a reflection in the lake water when tempting young Jesse to drink beer. The second biggest moment is Billy quite literally implying he knows how the Gemstone marriage will end. This raises some big questions about Billy, particularly over whether there is an actual supernatural element, or the reflection reveal just being an artistic touch. Either way, it appears that Billy has a much crueler streak than you’d think from the earlier episodes, and things are probably about to get dark.

There’s also the lingering pair of plot threads involving the video of Jesse’s lecherous secret party life, and the turf war over the mall church. We know that Jesse’s son Gideon engineered the former, though the reason remains a secret. How exactly Gideon went from junior Gemstone to Hollywood stunt actor to blackmailer is still unclear as well, and given the amount of time given to Gideon during his scenes with his partners in crime and his reunion with his family, there is unmistakably something big about to happen. As far as the turf war for the new Gemstone mall church, all the clues are pointing to rival small-town pastor Johnny Seasons. But this is Danny McBride, which almost guarantees that Seasons has no part in the continued assaults and vandalizations of the Gemstone churches, and the true culprit is someone we’ve probably already seen.

The Righteous Gemstones has been renewed for a second season, which means that the remaining few episodes of this season will likely culminate in several surprising reveals that allow all hell to break loose in the next. While the promise of more debauchery, gallows humor, random dicks, turf wars and megachurch satire are all reasons to be engaged, it’s the way The Gemstones are written that tops the list of reasons to tune in. McBride has a rare gift for writing compelling and interesting characters that are awful people, but it’s hard not to be curious about what’s going to happen next—not about what’s going to happen to them, but what they’re going to do in response.

More From: The Righteous Gemstones