Admittedly this week I watched Power later than I usually do and ran into one of the biggest spoilers of the season. You can probably guess what it was. To spend the whole episode wondering when something is going to happen is the worst. This week’s episode of Power was absolutely full of surprises, and I don’t think any of them were positive.

Last week, Tariq promised Tommy that he would stop dealing pills, and of course, I knew he wouldn’t keep to his word because he was being threatened by Vincent. This week’s episode begins with Tariq and Effie during one of their chess games, when he gets a message from Vincent that he wants to see him. As he tells Effie he will give her more product later, she clearly doesn’t believe it, and as soon as she leaves she texts someone saying “Think the competition’s out of product. I’ll keep an eye on him.”

She does too. When Tariq sneaks around stealing more supply, she is right there in the room watching everything he’s doing. Can nobody have an honest relationship in this town? It makes me question whether she wanted him to stop in the first place because of the stereotype reason she gave or because she was already working for someone else. The other possibility might be even worse, and she may have abandoned Tariq to sell for someone else while seeing Tariq at the same time. My guess is on the first option, though. 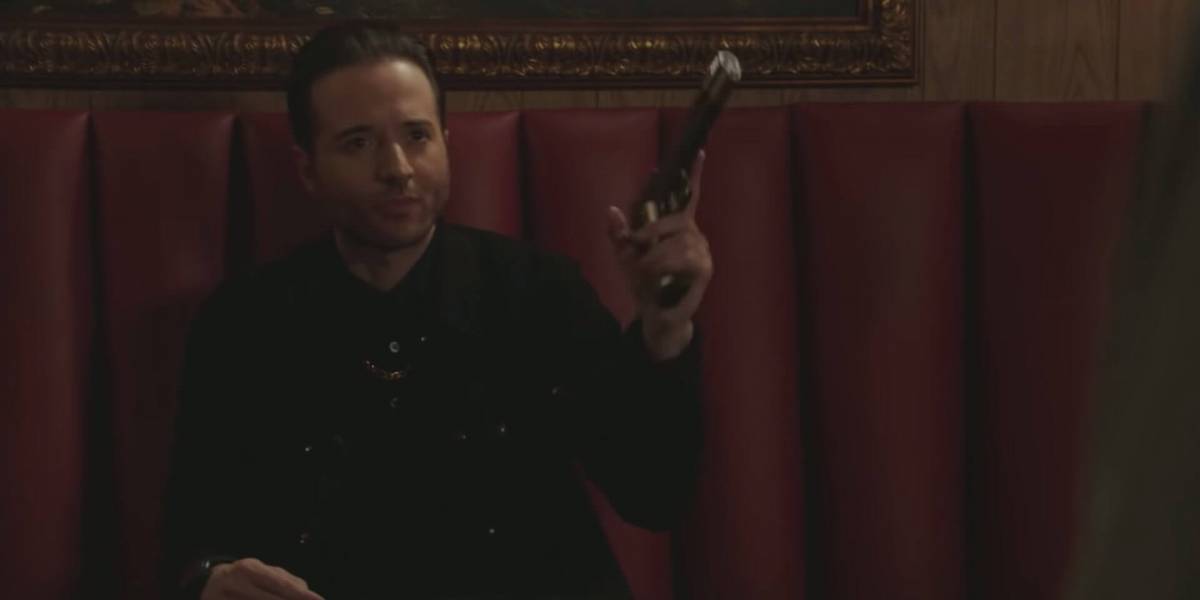 James decides to step down from Councilman Tate’s campaign; however, Ramona Garrity clearly doesn’t have much faith in Tate without James’s face on his campaign. She lets James know over dinner that Tate needs him, and when Tate attempts to rally solo and fails, Tate realises he needs James too. Either way, James is having a hard time avoiding this campaign, and maybe a hard time avoiding Ramona. I could be completely misreading signals, but from the moment they met I’m waiting for something to spark there.

Detective Blanca lets Saxe know that she doesn’t think James is Angela’s killer since the blood splatter pattern doesn’t add up. Saxe actually seems to believe in what she’s saying but still wants James taken down. Saxe then meets up with Dre and honestly, what he’s doing with Dre and his daughter is some messed-up shit. Rolling down the window like that and his little girl is crying and with some stranger? It’s illegal and honestly Saxe is becoming unhinged. Dre hands Saxe the information that Jason is Tommy’s supplier.

Later, after finding out about the death of Proctor’s ex-wife, Saxe and Warner pay Joe a visit to see why he was there, only Saxe is simply there to steal the unicorn bug from Joe’s daughter’s bag. He of course finds the recording of Joe letting his ex-wife die, and confronts Joe with it, demanding info on James or who killed Angela.

Funnily enough, though, when Joe actually snitches and tells Saxe that Tommy killed Angela, Saxe doesn’t want the information. He would rather Angela’s actual killer be free than give up a chance to get James the death penalty. This really has become an obsession with Ghost. 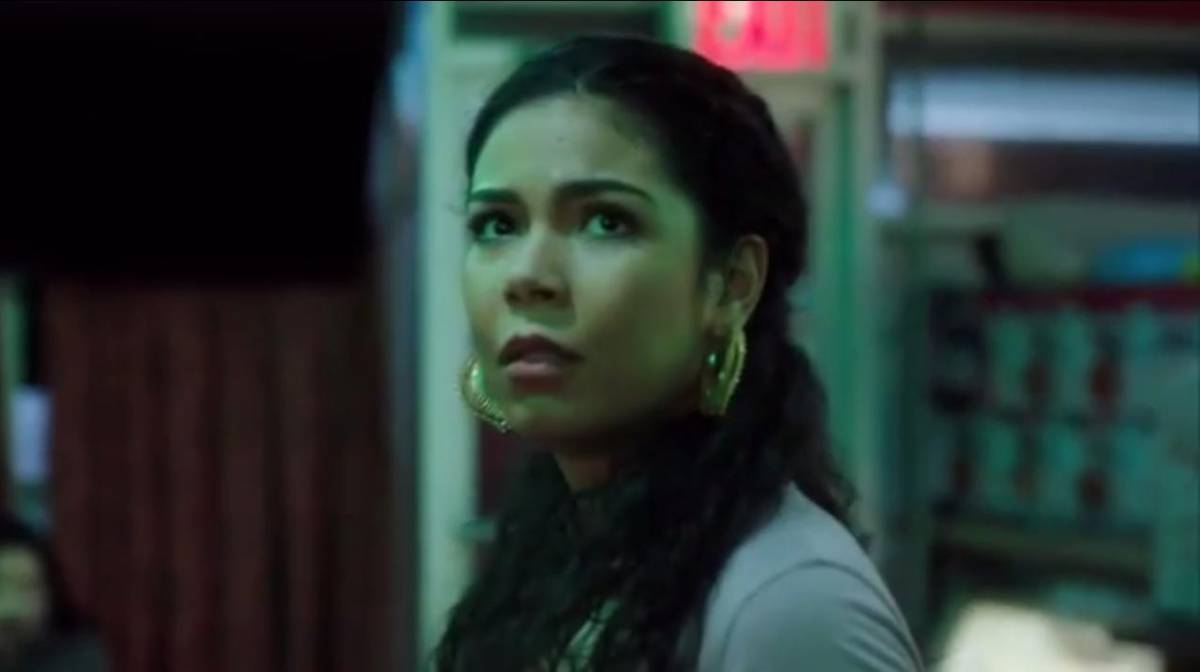 Maria Suarez called up Jacob Warner to change her story, she claims she now remembers that her mask slipped and she saw the people who killed her husband. She didn’t see Ghost or Tommy, but she knows it was them and now she definitely wants to testify. However, waiting in her apartment for her is what we like to call psycho Tommy, with a gun. He comes out of her closet and she is definitely terrified to hear his voice. He shoots her in the head and just like that, there’s no witness speaking out against James.

Tommy, on the other hand, hears the agent tell Maria that Joe Proctor is a new witness against him, and this sets Tommy off on his next path to revenge. I was definitely getting scared around this moment.

After closing up shop and a light argument with a woman who picked up her kid two hours late, Tasha encounters a guy who turns out to be a local dealer and he’s demanding payments from Tasha to keep her business running in his area. Tasha doesn’t have enough money to keep her family going right now, and she knows she can’t afford that.

After suggesting to Tommy that he should be cleaning his money through her business instead of Keisha’s, she makes the mistake of bringing up Holly. I had forgotten how quickly Tommy can turn when her name is mentioned. It might not be a possibility for Tasha to get any money from Tommy right now.

However, as Tasha does, she finds a way to work around this guy, and in this case it’s by working for him. Tasha lets him know she wants to help him, and calls up one of her customers to help her move some weight. Honestly I’m thinking, is Tasha going to be setting up her own drug business here? Could Tasha become the next Ghost in New York City? She certainly has the know-how to do so.

Tariq mixes stolen pills with baby aspirin he bought over the counter and he hands them to Effie and his roommate, but also tries to pawn them off on Vincent. I can’t guarantee that Vincent knew as soon as he shook that bottle of pills, but Tariq had to know that he was going to find out. I can’t help but picture Tariq as a kid, and I don’t know why he’s mixed himself up in this world. It can’t lead anywhere good.

Proctor and his daughter move in with James for safety from Tommy; however, Tasha let’s him know Proctor is staying there when she sees him. Proctor gifts his daughter a necklace with a recording inside that he claims he needs as insurance, and she has to keep it safe. He also promises her in this moment that nothing’s going to happen to him, and when you hear that in Power you know for sure something’s going to happen pretty soon. 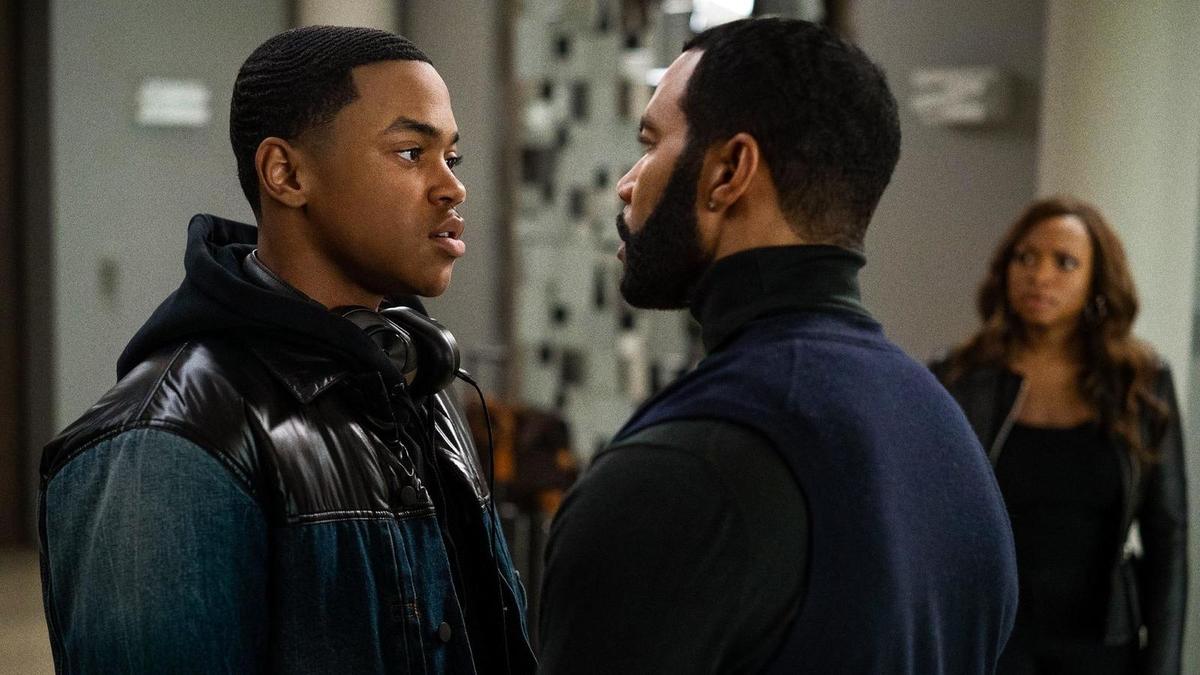 Tariq found himself back at home after being expelled from school for selling drugs. We don’t know who reported him, but it’s a big possibility that Effie called that in to shut him down after he got more product. Tariq gets a call from Tommy telling him to get out, turn the alarm off and leave the door open. I think Tariq must have known what was coming after discovering Proctor’s daughter there and her mentioning her dad being there too, he decided to bring her and take her for hot chocolate.

Next, psycho Tommy blasts into the apartment, shooting the windows in the living room down and chasing Proctor through the house. Proctor had a gun with him thanks to Benny, and there’s a shootout through the apartment. Unfortunately Joe’s gun still didn’t give him much of a chance. He barricades himself in Raina’s room looking for his daughter, and eventually calls her to discover her with Tariq. He sends her to Benny’s house and when she asks if she will see him there later, he responds, “No you won’t sweetheart, I love you so much baby OK,” and at that moment, Proctor, Tommy, Elisa Marie and I all know that Joe Proctor is about to die.

Tommy shoots and hammers his way through the door while Proctor runs out of bullets, and he almost seems to stand in front of Tommy ready for it, and Tommy shoots him multiple times in the chest. I knew that the final season of Power would bring along with it some bloodshed, but I wasn’t prepared at all for this one. Proctor was loyal to James until the end, and honestly with him gone, James has literally nobody, and no protection against the feds.

Tariq takes Elisa Marie to her Uncle Benny, and when he sees her alone at the door, a flood of sadness and understanding spreads across his expression. He thanks Tariq with a nod and takes her inside. I feel so terrible for her; she spends the day crying about losing her mother, and losses her father later that night. I can’t even imagine what that does to a person, especially a child. As Tariq heads to leave, a van pulls up and takes him.

The police and the FBI find the bodies of Maria and Proctor, and James comes home to find out Proctor is dead. I don’t know what he’s thinking, maybe feeling some kind of guilt for the lack of respect he often gave to Joe, but he doesn’t have much time to think about it because he instantly gets a call from Tariq.

Tommy gets a call from Tariq too, and they are both led into the hands of Vincent. He tells them Tariq sold them fake pills and demands 2 million dollars in 24 hours before he kills Tariq.

It’s been a thought in the back of my mind: will Tommy and Ghost have to team up once more to take out a mutual enemy, or will this really be a battle to the end?

We’ll have to find out next week, and you can come back to 25YL for the next discussion.