Brian De Palma has long been one of Quentin Tarantino’s favourite directors. In fact, when the motormouth auteur first came to prominence, he cited Blow Out (1981) as one of his favourite films. This may well have lead to that films re-evaluation, as around Pulp Fiction‘s success in 1994 it had been largely forgotten. There was an interview with Tarantino, possibly in print or on a podcast, where Tarantino even went as far as to praise De Palma as being better than Hitchcock. I’m paraphrasing, but the reason he said this was because he felt De Palma was not as restricted in his tales of suspense as Hitchcock was by the censors of the times, and thus De Palma’s films were more complete in that sense.

In 1992, De Palma was still smarting from the critical and commercial failure of The Bonfire of the Vanities (1990). Prior to this, he had been on a pretty good run of films that included The Untouchables (1987) and Casualties of War (1989) which were critically well received and in the case of The Untouchables, a genuine box office success. He had seemingly gone mainstream like many of his movie brat contemporaries such as Francis Ford Coppola (Apocalypse Now 1979) and George Lucas (Star Wars 1977). Prior to this De Palma’s last Hitchcock style homage thriller was the overblown but tremendous fun Body Double (1984) and after Vanities, he had to get back to what he knew best.

When it came time to promote his return to the thriller, the taglines wasted no words promoting De Palma as a master of suspense with the line “De Mented, De Ranged, De Ceptive, De Palma!”. Raising Cain was released in August 1992 in the USA and trickled out to the rest of the world in the months that followed. 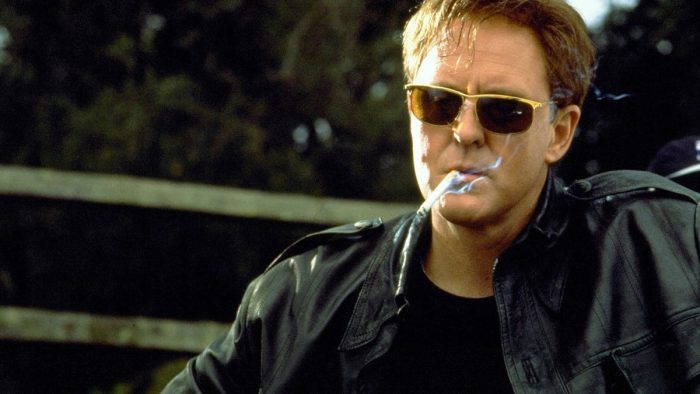 Raising Cain was a very different kind of thriller compared to much of the mainstream stuff that was coming out at the time. The film follows child psychologist Carter Nix (John Lithgow) as he dotes on his infant daughter and takes a keen interest in her development that borders on obsessive. His oncologist wife Jenny (Lolita Davidovich) meanwhile re-ignites her affair with Jack (Steven Bauer) a former patients husband. What Jenny doesn’t know however is that Carter is far more troubled than she can imagine, and has been the subject of amoral experiments since childhood by his psychologist father causing his mind to split into several personalities. The worst personality is a twin brother named Cain, everything that Carter is not, and Cain has been kidnapping children to use in dear old dad’s ongoing experiments.

The film was released to mixed reviews at the time and ended up being a modest success for what it was with a box office take of 37.1 million. There are a legion of problems with the film, but it is not without considerable merit, it just depends on how you sit down to view it.

The theatrical cut—in hindsight—is frankly kind of baffling. The film does a great job of lulling you into a false sense of security with it’s dreamlike Pino Donnagio score. We are introduced to Carter Nix immediately and he seems like the perfect man, not even slightly lecherous and full of praise for another parent at a playground. The problem is De Palma plays his hand here in the first ten minutes. Going so far as to reveal a lot about our main characters secret and what he is actually doing. There is no real mystery-building, and Cain is introduced early to get Carter out of a jam. With this sense of suspense now gone, as we move on to catching on with Jenny’s infidelity, the sense of sudden jeopardy is largely missing. We know Carter will snap into violence, we just don’t know when, and when it happens it’s not all that shocking. 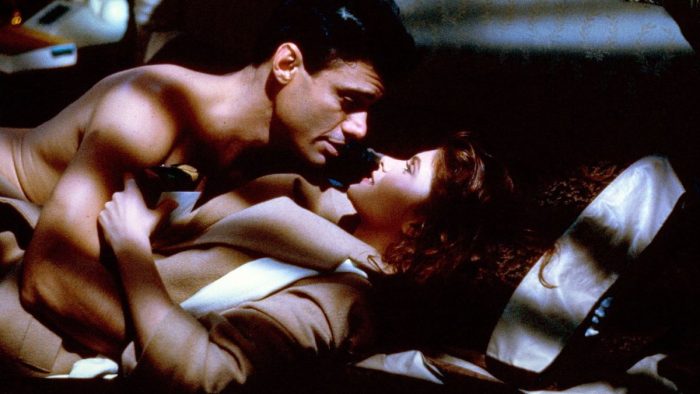 It helps if you don’t take Raising Cain, totally seriously. It deals with child abuse and some very real themes of psychological manipulation, but the cast are seemingly clued into the line that De Palma is walking between seriousness and almost self-parody. John Lithgow proves here why he is one of the best there is, playing each side of Carter, Cain, Margo, and Josh when necessary with humour, menace, and attitude as well as his own creepy father. Without Lithgow at the centre, the film would almost be a write-off, as Lolita Davidovich and Steven Bauer’s characters are mere ciphers, pawns to move Lithgow increasingly off the map. Thank god for the cops, who bring genuine grizzled character when they come along and bring Frances Sternhagen with them as a terminally ill psychologist to fill in the blanks.

In 2012, a director from the Netherlands named Peet Gelderblom took the film and re-assembled the footage to more closely resemble the original screenplay rather than the theatrical cut. De Palma was so impressed that he got this version of the film added to the 2016 Blu-ray, as he always had regrets about the theatrical version. The alternate version is much better although many of the character issues remain. This version closely resembles Dressed to Kill (1980) in its structure and has much of the suspense and sense of surprise that is missing from the theatrical cut.

Raising Cain is an undeniably fun film in either version. Although flawed, the film gets incredible mileage from just winding Lithgow up and letting him loose. When it comes time for the long tracking shots and slow-motion carnage that De Palma is known for, it doesn’t disappoint. A rain-soaked motel finale is suitably creepy and exciting. It’s a great finale to a film that even now when De Palma is constantly being re-evaluated, remains a curiosity at best, and not on a par with his early work which it tried so hard to evoke.

It’s entirely possible that Raising Cain was just a film out of step with its times. Mainstream thrillers at the time were of the ‘insert a psycho into XXXX’ variety so we had The Hand That Rocks The Cradle (1992) and Single White Female (1992) which were much more acceptable to the mainstream at the time. Raising Cain (in either version) is just not structured like these films, and seems to have its tongue so far in its cheek its almost coming out of its ear. After Cain, De Palma would go back to the mainstream with Carlito’s Way (1993) and Mission: Impossible (1996) before getting back into suspense with the equally compromised Snake Eyes (1998). Although Raising Cain isn’t a highlight of his career, it’s certainly a film worth a look when approached with an altered mindset that this isn’t as serious as the taglines would have you believe.