Luis Bunuel is now one of my all-time favorite directors, but it was a long time before I’d seen one of his films. I’d first heard of him in a book or online somewhere, being lumped into the category of “surrealist filmmakers” alongside David Lynch and Frederico Fellini. Then my favorite band, of Montreal, referenced one of his movies in a lyric from their 2004 song “Lysergic Bliss” (“If we were a pair of jigsaw-puzzle pieces, we would connect so perfectly/ Creating a still photo of a scene from The Phantom of Liberty“). I soon became obsessed with tracking down this man’s movies, but this was easier said than done. Some of his films, like the aforementioned Phantom of Liberty, weren’t even available on DVD, and I was left to wait and hope that I’d get a chance to see one of Bunuel’s movies someday. Unless you lived through the pre-internet age, it can be hard to imagine a world where you had to actually wait for things. But I was there, and it really happened.

Eventually, I discovered a Borders store that carried foreign films (thank God!) and bought Luis Bunuel’s Viridiana on DVD. I had never heard of this title before, but hey, it was the only Bunuel movie they had. Thus, Viridiana became my introduction to the acclaimed director.

Viridiana tells the story of a young woman (the title character, played by Silvia Pinal) about to take her vows to become a nun when her uncle, Don Jaime (played by internationally renowned actor Fernando Rey), summons her to visit him on his farm. Don Jaime is a nice enough guy, except for the bizarre obsession he develops with his niece once she arrives. He dotes on her day and night, eventually asking her to marry him. Shocked and appalled, she turns down his proposal. So he lies and tells her that he raped her while she was sleeping (“I made you mine while you slept” are his exact words), so she will feel compelled to be his wife. Now we can see why this dude wasn’t invited to the family reunions all these years. Even after he comes clean and admits that he never actually violated her, she is disgusted by his behavior and leaves the farm. Overridden with guilt, Don Jaime hangs himself. I can honestly say that I didn’t expect one of the two main characters to commit suicide halfway through the film. I absolutely love being surprised during a cinematic experience. The disruption of the narrative is a beautiful thing. It’s like being on a roller coaster: you fly down a steep hill and start barreling up another with no idea what will happen next. It’s thrilling, and it makes you feel alive. 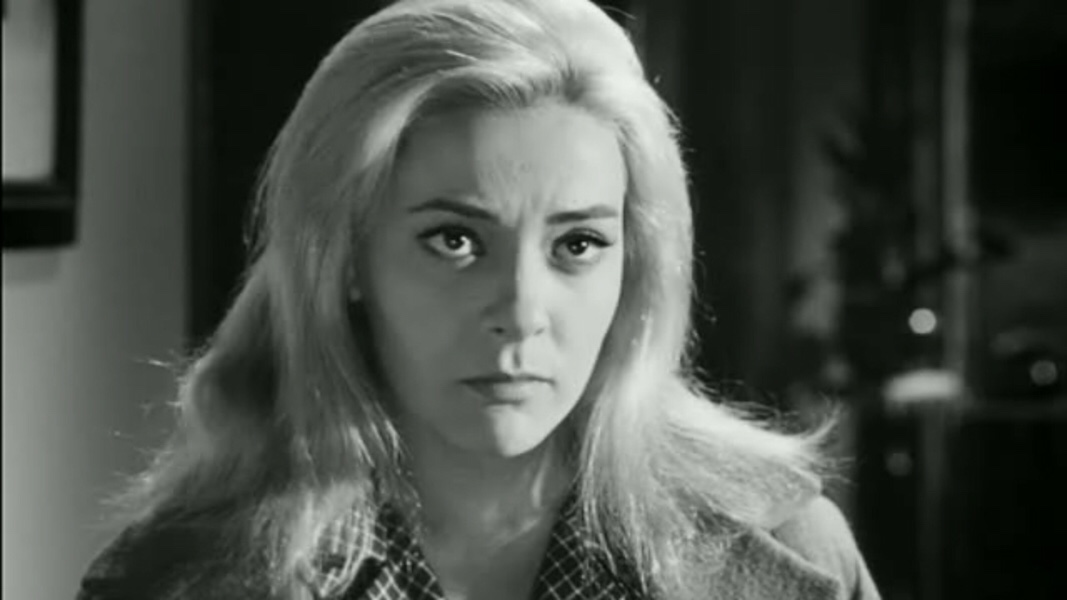 The second half of the movie begins with a broken Viridiana leaving the church and returning to her uncle’s farm after his death. She attempts to alleviate her guilt by inviting a bunch of hobos and beggars to live on the property. Her uncle’s estranged son Jorge (Francisco Rabal) and his girlfriend Lucia (Victoria Zinny) move onto the property. Jorge is debonair and a bit of a philandering playboy, flirting with both Viridiana and Ramona the maid (Margarita Lozano) until Lucia gets fed up and takes off. In the film’s climax, Jorge and Viridiana leave for a few days to take care of some business matters. While they are gone, the group of beggars break into the main house to “look around,” which soon degenerates into a raucous celebration. As anyone who’s ever watched sitcoms should know, whenever the parents go out of town for the weekend and their teenage kids decide to throw a party, the parents always come home earlier than anticipated. And in perfect sitcom fashion, Jorge and Viridiana arrive home early—and that’s when all hell breaks loose. The insane final act of the film tests Viridiana’s faith in God and humanity. 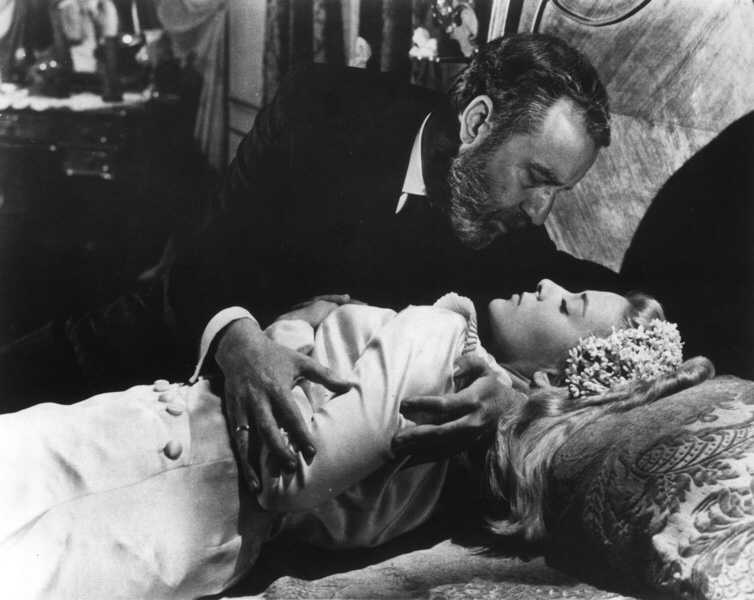 I was a little underwhelmed by Viridiana after my first viewing. I had heard about all of these crazy, surreal scenes in Bunuel’s films…and there wasn’t any of that phantasmagoric absurdity in the movie. Everything that happened in this movie could have actually occurred in real life. It was entertaining and all, but I ended up filing the film away under Good Movies I Probably Won’t Watch Again Anytime Soon. A few years passed, and in that time I became more familiar with Bunuel’s catalog of films, including those of the more outwardly surreal variety (like my personal favorite, The Discreet Charm of the Bourgeoisie). I decided to give Viridiana another look. With no preconceived expectations of the film, it was like I was watching a completely different version of the movie than I had seen before. This time, everything just clicked for me, and I came to appreciate Viridiana as a masterpiece.

One thing that sets this film apart from most others is the technique. As with all great directors from Kubrick to Tarantino, every shot is carefully framed. You can sense Bunuel’s steady hand guiding every movement of the camera and the blocking of the actors. Bunuel shies away from showy camerawork, instead adopting a style that makes it seem as though we are voyeurs into this world he has created.

Guilt plays a huge role in Viridiana, to the point where you could almost consider it to be the main character. The film expertly explores how the characters handle their guilt and how that affects them and others. Don Jaime feels tremendous guilt over the way he treats his niece, and he finds that suicide is the only answer for him. As a result, Viridiana’s guilt stems from her uncle’s death, which prompts her to leave the church and turn his homestead into a refuge for the local poor. She feels that if she can save these people, then her uncle would not have died in vain. She feels additional guilt over leaving the church, making her even more determined to redeem herself in her own eyes. Oddly enough, Jorge may be the only one of the main characters not to experience any guilt. He freely flirts with other women, even though he has a girlfriend, and he seems to have no qualms about lusting after his cousin. And in the end, he seems to get everything he desires. Does Bunuel believe that morality stands in the way of true happiness? It would certainly appear so.

Religion is another dominant theme of the film. In the early 1960s, when this movie takes place, religion was losing its grip on society. People started questioning the church and didn’t fear God like they once had. Early in the film, Viridiana arrives at her uncle’s house, fresh from the convent. The camera becomes a lascivious stalker, lingering on her legs as she takes off her stockings in the bedroom. The next day, she cannot bring herself to milk a cow because of the parallels to sex. 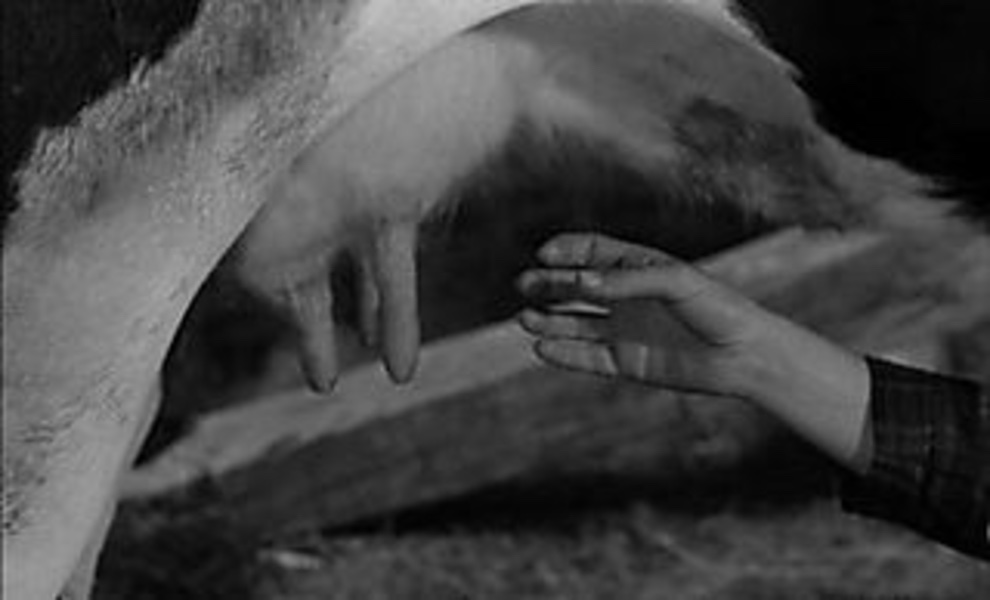 After a while, I began thinking that Bunuel seemed to relish putting this soon-to-be nun in compromising situations. Not to mention that both Don Jaime and his son Jorge are smitten with her, despite her ties to the church. When Viridiana leaves the religious community, she still attempts to follow God’s path by providing shelter for the homeless. But then we reach the climax and its aftermath. Viridiana is attacked and almost sexually assaulted by one of the beggars she has taken in. Jorge saves her life, and she finally becomes part of the secular world by joining Jorge and Ramona for a card game and some rock music (and considering that she’s in the bedroom with them, she may be joining them for even more). I believe that this ending is not only her denouncement of her faith but possibly just another manner of assuaging her guilt—she gives in to Jorge’s desires because he risked his life to save her from the very same beggars that she brought into their lives. 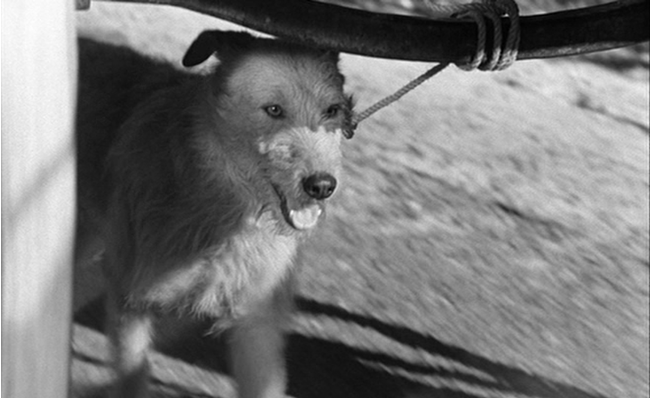 Other things I thought about while watching this movie: 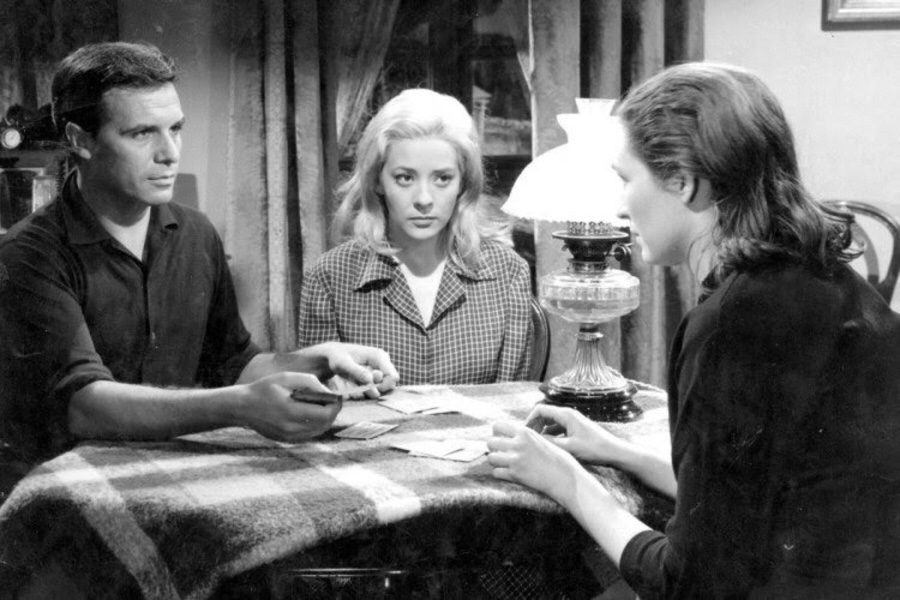 Viridiana is available on DVD and is currently streaming on the Criterion Channel.