Then I sat down and watched “End of the World,” and I’ll be damned if I didn’t walk away satisfied and a little misty-eyed.

Of course, it wasn’t perfect. This is Preacher, after all. The first half still felt a little rushed and some plotlines still fizzled out, but the second half drove it home. It hit all its emotional beats, stuck its thematic landing, and walked off the mat looking good.

The first half of the Preacher series finale doesn’t stop, intent on wrapping up all the big plot points from the season as quickly as it can. Tulip and Featherstone have a brief heart-to-heart, cementing that they’re two sides of the same coin. Featherstone confronts Starr about faith and ends up dead for it. Tulip confronts Cassidy and convinces him to kill Humperdoo. Jesus kills Hitler and refuses to take Humperdoo’s place as Messiah, which is a long way of saying the apocalypse has been canceled.

There are a couple of takeaways from the first half, but most of it is set up in favor of the second half. God flees the Grail to once again roam the Earth. Jesse kills the Saint of Killers and sets loose the workers of the Grail to hunt down God. Eugene issues a final “fuck you” to those who would pity him. Outside of that, the first half of “End of the World” is fairly self-contained, closing up the loose threads of the series and delivering some narrative conclusions.

However, it’s the second half where the finale really shines. Eugene has chosen to continue his life, living it the way he wants. We don’t see much, but already we see an improvement in the way people look at him. Jesse, Tulip, and Cassidy find themselves without a goal for the first time in a long while and are left wondering what to do. Cut to two years later: Jesse and Tulip are back to their hijinks, ripping off gangs for car parts. There’s a heartfelt moment where Jesse admits he’s happy, which is something we haven’t seen in a long time. The two of them even manage to start a family. 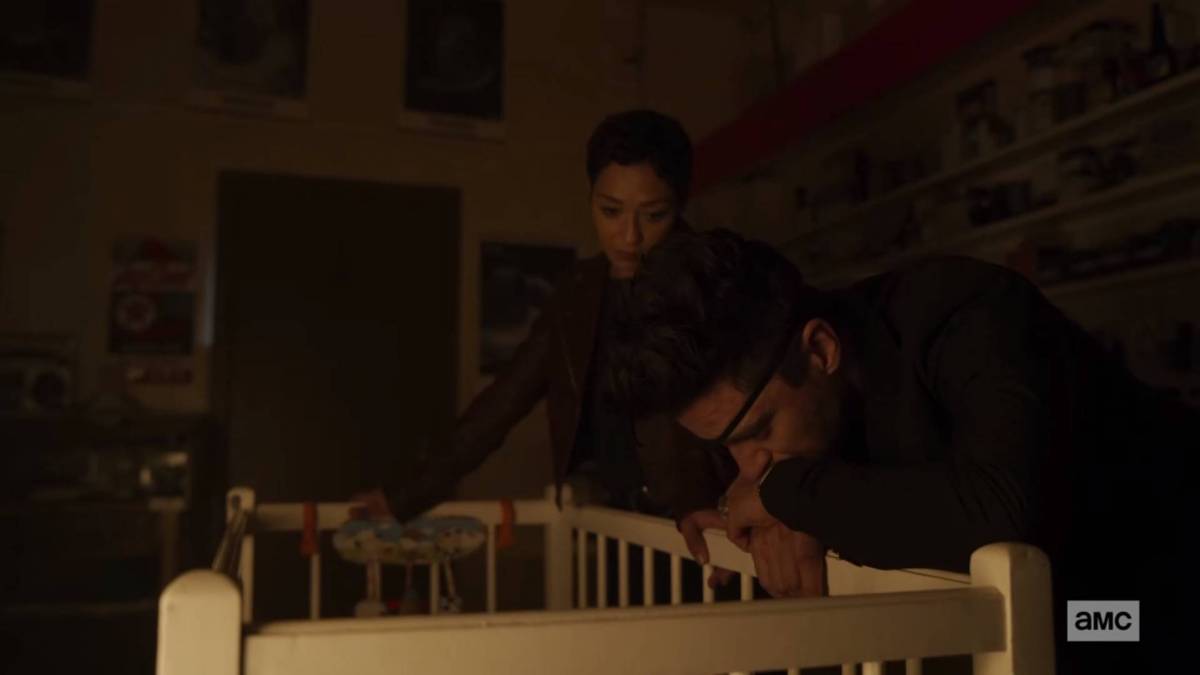 Then Jesse gets a call: The Grail has found God, parked outside the Alamo. Jesse goes to meet him in one of the most crystalizing scenes of the entire series. It’s incredibly well done, offering insight into the minds of God and his devout followers before devolving into an ass-kicking that culminates in Jesse releasing Genesis for the biggest “fuck you” of all.

The police finally catch up to Starr but he quickly disposes of them in a scene that worked surprisingly well. I would have written it off as another dead plotline getting cleaned up, but it was so quick and punchy that I couldn’t help but enjoy myself watching it.

Eventually, God returns to Heaven to find his Heavenly Host all killed. The Saint of Killers steps forward, revealing that as Jesse was about to kill him, he performed a deathbed confession to sneak his way into Heaven. A quick showdown later, and the Saint takes the throne of Heaven, remarking that it’s time to choose hate. 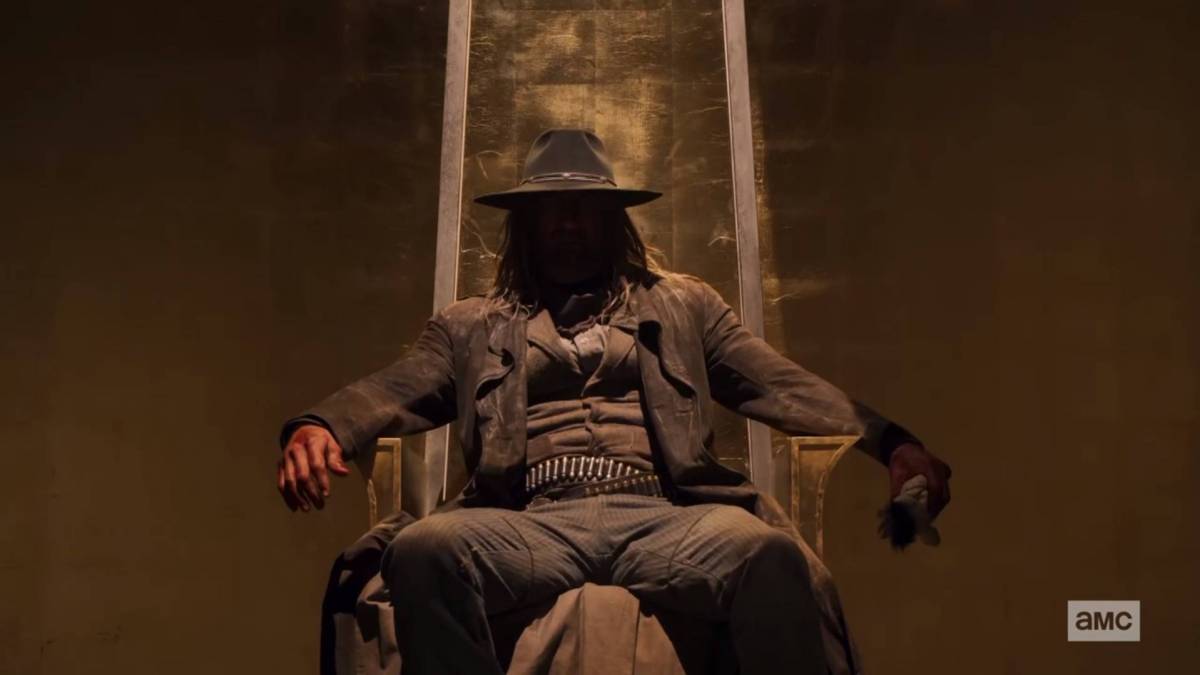 Finally, the Preacher series finale skips ahead 40 more years to the gravesite of Jesse and Tulip. Ruth Negga takes on the role of Tulip’s daughter (Jesse did quip that their daughter looks just like Tulip) and Cassidy joins her to look over the graves of their loved ones. They share some dialogue, with Tulip and Jesse’s daughter remarking on how much her parents loved Cassidy. It’s a tender moment, punctuated by Cassidy walking off into the sun and lighting himself ablaze just out of focus. I’d be lying if I said I didn’t tear up a bit.

And that’s Preacher. We’ve spent four seasons with these characters and ideas, but did they coalesce into anything or was it more about the ride? For the most part, I would argue it’s about the ride. But when you have your main character sit down with God, some sort of thematic message is sure to spring up.

Jesse’s conversation with God is easily amongst the best scenes in all of Preacher. Not only is it punchy and funny, it also manages to have some real thought behind it. I had assumed that God was just an asshole who no longer cared about his creation, not an asshole who needed constant affirmation. God makes it clear that he does what he does only for love and that, when that love dries up, he’s not afraid to wipe it out to start anew. It’s a dark message, with the air of abusive relationships and toxic people. There’s a boldness in coming out and saying that God is nothing more than a manipulative ex.

That’s not the end of the “love” motif, however.

The Preacher series finale left me wondering what the Saint meant when he chose hate before sitting on the throne. There is power in those words, but not much of an obvious meaning. However, reflecting on the rest of “End of the World” offers what is either an answer or just my tendency to read too far into things.

God demanded love. He demanded we forgo our lives in order to worship him and if we did not, he was not afraid to end us all. The Saint wants hate. He wants us to hate him and to resent what he stands for. There is liberation in that: a freedom to say “fuck you” and live your life the way you want to. And that’s how Preacher ends. Eugene is fed up with the pity and chases his own dreams. Tulip and Jesse give up on God to go live their own lives. Cassidy continues to be Cassidy. Choosing hate isn’t as insidious as it sounds when choosing love was confining and abusive.

The series finale is the essence of Preacher. It didn’t all work, but it was filled with passion from everyone involved. The entire second half was oozing with love for the characters we have spent the last four years with. It treated them all with respect and dignity, not jumping at any easy jokes or low-hanging fruit. It was a satisfying end to a rocky season and a solid series. For all its faults, I’m going to miss the hell out of this show.