Scandinavia is a global region that consists of five countries—Denmark, Finland, Iceland, Norway, and Sweden. Although each of these countries has its own distinct cinematic history and modern film style, they are often classed together in film criticism. Here, we’ll look at prominent horror films from Scandinavia. Generally, Scandinavian horror films explore themes that are tangential to folklore, that referentially imbue their references to major American horror films with unique expressionism, and that invest grim topics with distinctly Nordic dark humor. Read on for a primary list of my personal favorite horror films from Scandinavia!

A group of friends who are medical students takes an isolated ski trip in the mountains of Norway, only to face an onslaught of vengeful Nazi zombies. Død snø received mixed reviews from critics because it “doesn’t cover new ground,” but it was nevertheless nominated for four 2009 Scream Awards. This comedic horror film satirizes worldwide consumption of American horror films while reworking well-known horror tropes into its own plot. The premise of the movie is also closely aligned with a zombie figure from Norse mythology, the draugr. Like the Nazi zombies of Død snø, draugar lurk in their graves, guard treasure, and have superhuman strength.

As you might expect, Død snø 2 sustains the thematic elements of the original: dark comedy lambasting the prominence of American horror cinema interwoven with Nordic identity, humor, folklore, and history. The big twist of Død snø 2 is that it involves the animation of an army of Russian POWs’ corpses and a grisly battle between the WWII-era Russian and Nazi zombies (hence “Red vs. Dead” in the English title). The sequel to Død snø develops from the plotline of the original. 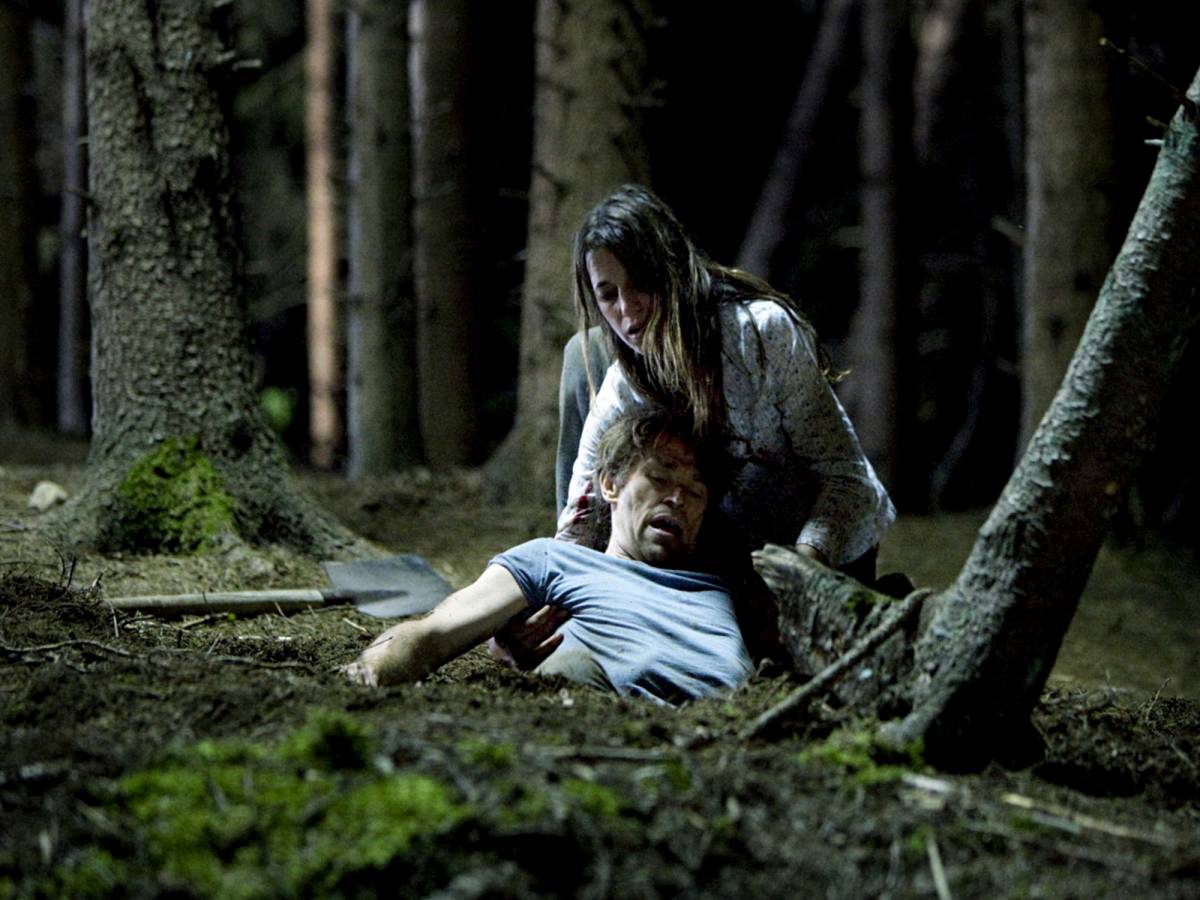 This grim horror movie is the first of a trilogy by existentialist auteur Lars von Trier. The pacing of Antichrist is painfully slow. It artfully delves the viewer into the experience of depression and psychotic mental illness while exploring the psychology of boundaries between civilization and nature. In a manner that is unique to von Trier’s horror cinema, Antichrist is so disgusting that it is profoundly disturbing. The film also bears undertones of the history of witchcraft persecution and leads the viewer to contemplate the inevitable treachery of human nature. Read more about Antichrist in my previous article on Lars von Trier’s Depression trilogy. 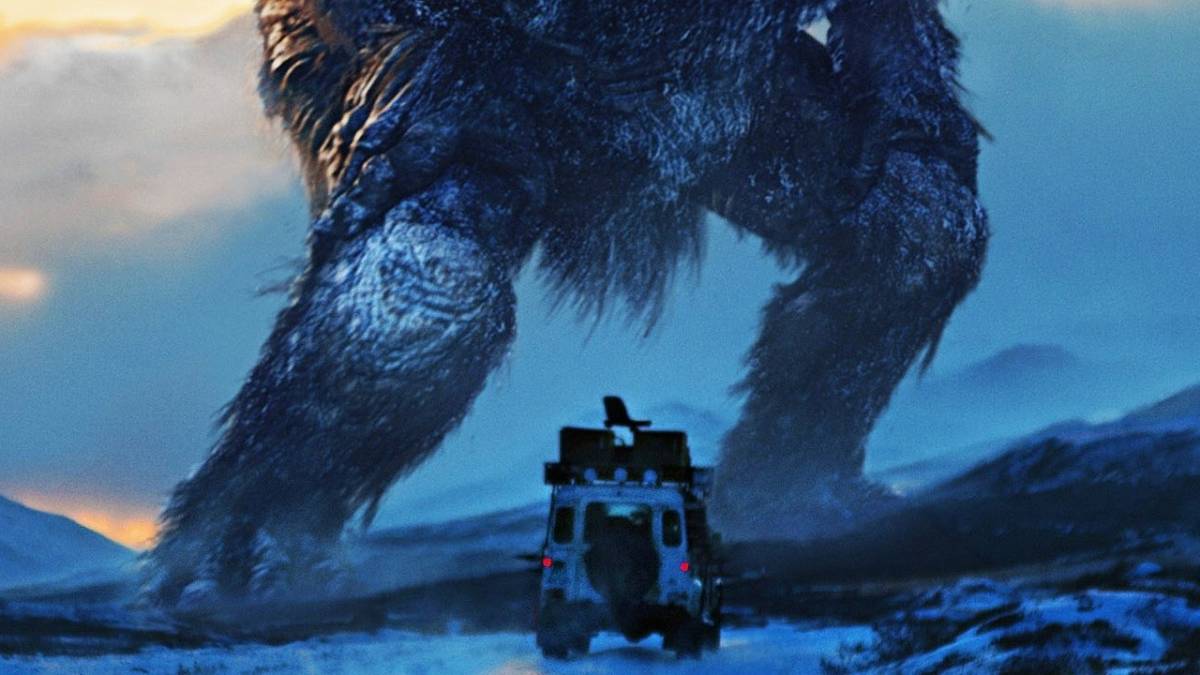 A group of students from Volda University College set out to film a documentary about a suspected bear poacher, then learn after they are on an expedition with him that he hunts not bears, but trolls. The film’s narrative and style are framed by the “found footage” format, and, like most found footage films, the national government ultimately becomes entangled in controlling the information found on the tape. Trolljegeren is but another excellent example of the tendency for Scandinavian horror cinema to rework well-known American horror cinema tropes into the Nordic culture. This film is rife with references to Norwegian folktales, which frequently mention the existence of different troll species. 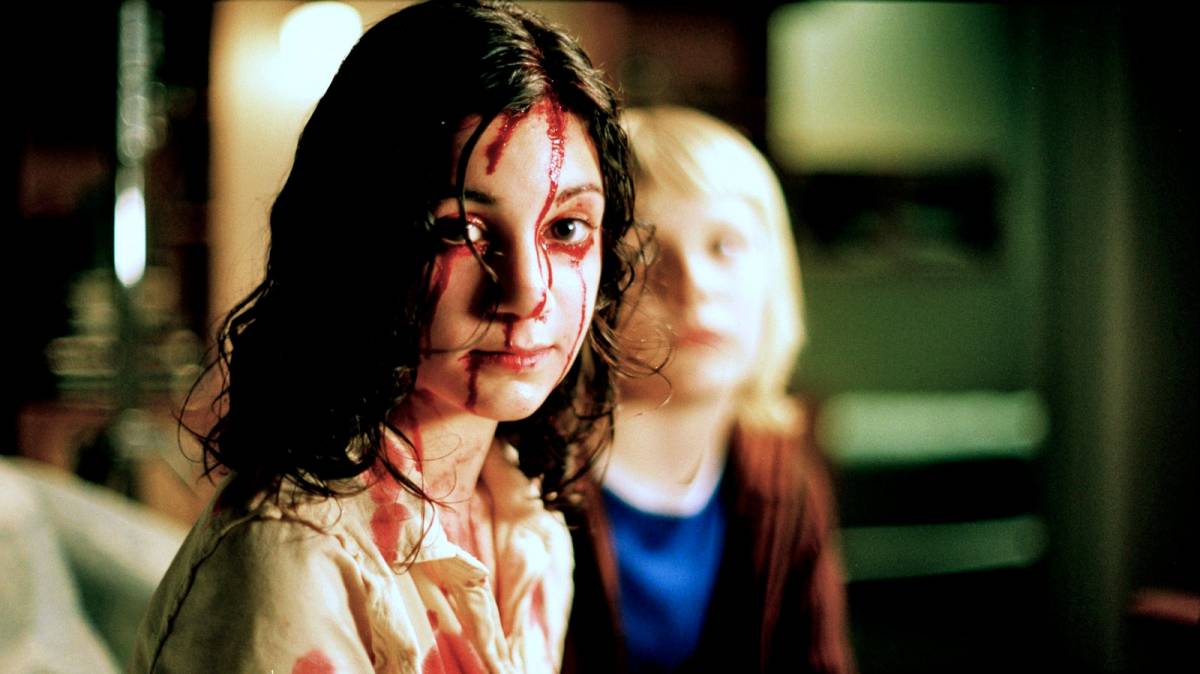 Låt den rätte komma in is widely known as a vampire film that is unlike any other. A 12-year-old boy who is frequently bullied by his classmates befriends his eccentric new neighbor girl. Unbeknownst to him, his friend is a vampire whose protective father is willing to kidnap and murder people in the village in order to keep his vampire daughter fed. The film is based on the 2004 novel of the same title by John Ajvide Lindqvist, who also became the screenwriter for the film. Låt den rätte komma in is ultimately a story about bonding, shared strength, and empathy. 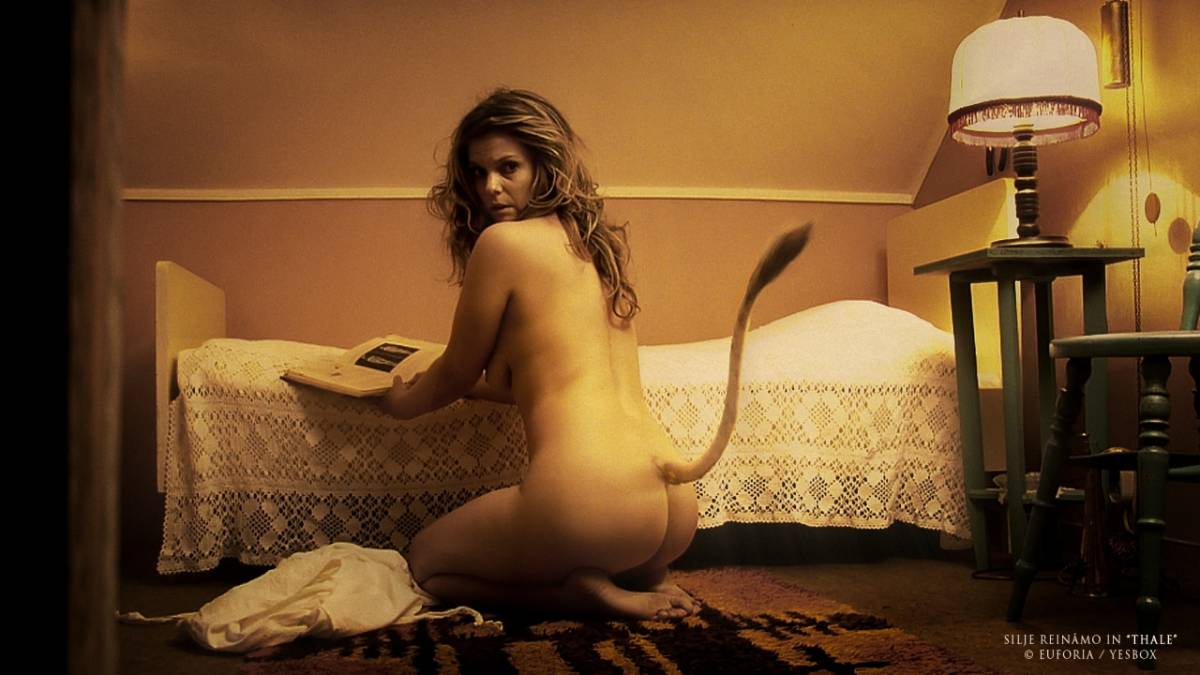 Two guys cleaning up a crime scene after a murder has taken place in a rural cabin make a startling discovery: a beautiful, female human-like creature with a cow’s tail is hidden as a captive in the basement. The two men learn from a recording that she has undergone medical experiments. Later, they are all abducted by paramilitary soldiers who demand to learn more about the creature, but, to everyone’s surprise, there are more like her. Thale is yet another film that strives to contemporize Scandinavian folklore. Specifically, this film features a hulder, a seductive forest creature that is comparatively similar to the Sirens of Greek mythology but dwells underground. 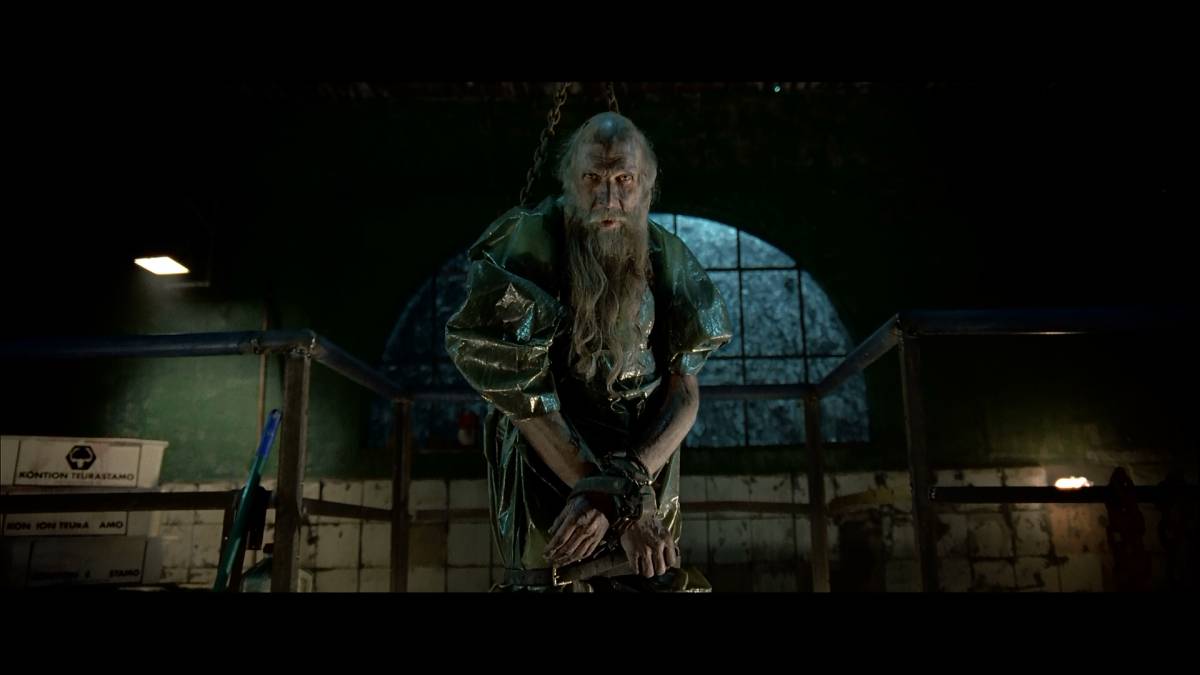 Rare Exports provides a thrillingly dark exhibition of the secret history of Santa Claus. It involves a British research team drilling for samples in the Korvatunturi mountains in a place that they eventually discover to be an ancient Saami burial ground. More particularly, they discover that something has been kept imprisoned in the mountain they are drilling. In Rare Exports, we learn that Santa Claus is not the jolly guardian of children’s hopes and delights that we now perceive him to be, but is instead a vengeful horned entity who whips misbehaving children and boils them in a cauldron. The film is based on the Finnish folkloric being known as the Joulupukki, or “Yule Goat.” 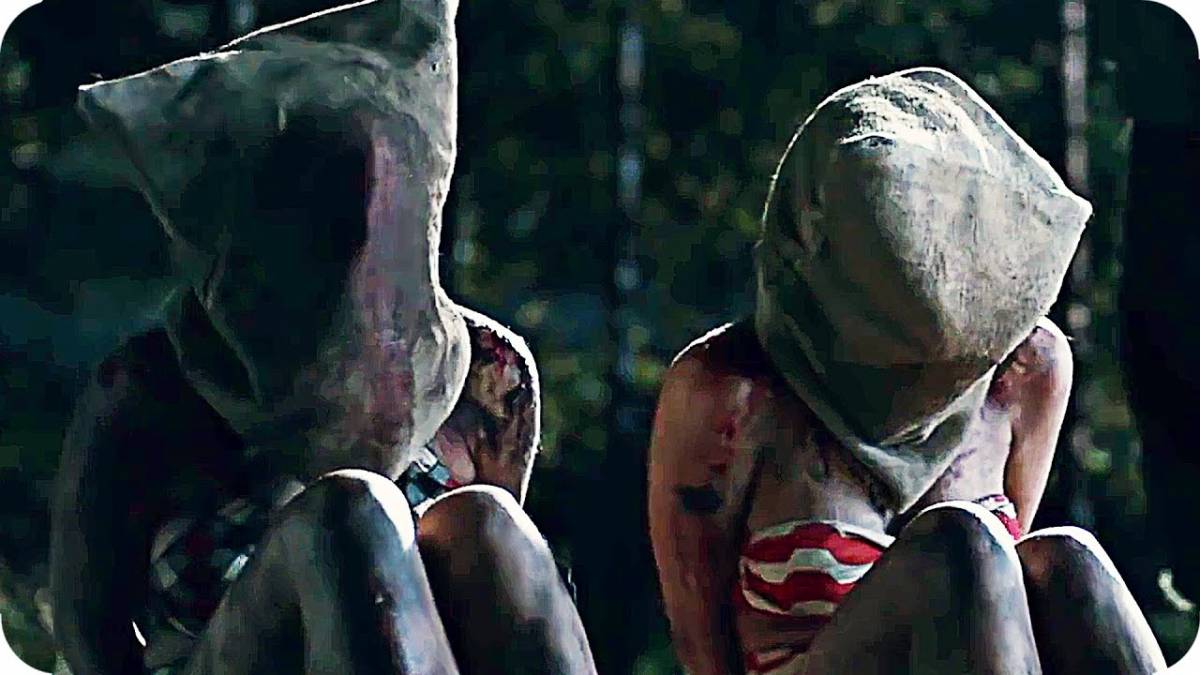 Bodom offers us a new and compelling version of your typical slasher-by-the-lake horror story. A group of teenagers sets out to go camping by Lake Bodom to reenact the famous Bodom murders of the 1960s but, predictably, events do not unfold as the teenagers expected. The film is inspired by the real-life, unsolved Lake Bodom murders. Move over, Camp Crystal Lake.

As you can tell from the play on the title, Reykjavik Whale Watching Massacre allusively refers to The Texas Chainsaw Massacre. When a group of whale watchers’ boat stalls out, they are picked up by a whale fishing vessel. The crew members on the fishing vessel are apathetic and unhinged, and soon all hell breaks loose. This movie has a distinct Grindhouse feel to it, and the subtle dark comedy of this movie becomes lost on many viewers. Reykjavik Whale Watching Massacre provides a perfect example of how Scandinavian horror cinema is able to reflexively comment upon American horror cinema in a way that satirizes the referent while enriching the genre with particular cultural references. Notably, Icelandic actor Gunnar Hansen, who played Leatherface in the original The Texas Chainsaw Massacre, plays a small role in this film.

Now that we have reviewed notable modern titles, let me take you back to the lush era of early Scandinavian cinema for this last title. Häxan is a silent horror film shot in a documentary style. The film was based in large part on writer and director Benjamin Christensen’s research into the Malleus Maleficarum, a 15th-century German treatise on witchcraft written as a guidebook for perpetrators of the Inquisition. Häxan explores the historical reality of the persecution of witches with horror film-like dramatic sequences. Ultimately, the film reveals how misdiagnosed mental and physical health conditions, combined with rigid laws founded in irrational belief, led to the massacre of people designated as witches.

More From: Horror Around The Globe