Sometimes a TV show is more than just a TV show to us. It becomes a part of us, a part of our soul. When we talk about it, it sounds more like we’re talking about a friend or loved one rather than something we view alongside millions of other people. This typically happens when a show hits on a really raw emotional nerve with us. Whether it’s a wish, a desire, a source of pain, or something else equally as powerful, when this happens, a lifelong bond is formed with the show. This is the case with myself and Lost.

I’ll never forget watching “Through the Looking Glass” the night it aired. Lost‘s Season 3 finale had been promised to be a turning point for the series and all of the spoiler sites were going crazy. My friends and I avoided the spoilers but were equally as obsessive, listening to multiple podcasts, reading numerous sites, and talking about the show nonstop. Something changed in my personal fandom that night, though. We saw a bearded Jack, obviously depressed and stumbling his way through the episode. As the episode progressed, we saw Jack abusing prescription pain medication and alcohol. In a scene roughly midway through the episode, Jack opened a pill bottle and poured the remaining contents down his throat and a friend I was watching with said, “Look, it’s Grevas.” I laughed it off but it was true. I was strung out on pain medication and depressed, just like Jack, and it was far worse than my friends understood. Lost began to take on a whole new meaning to me starting that night.

I wish my story saw a resolution as neat and tidy as Jack’s recovery from pain medication but mine was far more dark and complex. I remember several years of my life in relation to what was happening on Lost at the time. Season 4, for example, I was a functioning drug addict whose problems were more internal than external. I still had my job, had my relationship, had my apartment, and had my closest of friends. Season 5, the wheels were falling off. Season 6, I was a stereotype, desperate to find a real-life version of The Island so I could either find my redemption or my death. At that point, either would’ve sufficed.

Lost provided me with an escape that I didn’t have in real life: the fantasy that somehow things could be better. As is the case with all those who suffer from addiction, things continue to get worse and control becomes an illusion. Stopping wasn’t a choice, or at least it didn’t feel like it was. The people in my life slowly began to distance or remove themselves out of self-protection. The drugs became harder and the money ran out quicker. I began to do things that seemed so out of character for me. The guilt and shame I felt could only be numbed by using more or envisioning a life where I could leave it all behind and get a second chance the way these characters were on the show.

The human mind has this ability to only retain a certain amount of painful memories. It’s been my experience that it’s just enough to where you don’t forget your past but not so much that you can’t begin to pick yourself up. Somehow, my mind has wrapped Lost around the core of my memories. When the woman I loved finally had enough and simply couldn’t stand by and watch me self-destruct anymore, the next episode of Lost to air was Season 5’s “LaFleur.” When I was the victim of a violent robbery at my job (which I would soon lose), it was the night before “The Incident.” I’ll never forget how uncomfortable I was with all of the guns in that episode, to the point of literally squirming in my chair, short of breath, desperately trying not to lose my composure when all I wanted to do was get high and forget. I couldn’t, though. The robbers the night before had taken my drug money.

Like all Lost fans, I had been waiting for the final season for years, anxious to know how everything would end. The difference for me was that after years of watching the show with a community, I was now largely alone. Some weeks I would get the pity invitation to watch with the gang; other weeks I watched alone on a small TV in an apartment my mother was paying for me to stay in. Instead of lively discussion, I had internal monologues about where the show was going. I had the online community, which was a blessing. Most of all, I had the fantasy. Could I find redemption the way that Lost’s characters did?

I dreamed of being on a plane that crashed. I dreamed of nobody knowing my past or my struggles. I dreamed of having a chance to start over and work out my issues on The Island and having a moment like Charlie did where he threw the statues filled with heroin in the ocean. I wanted that. I wanted what The Island offered these fictional people. Why couldn’t I find it?

On May 11th, 2011, almost two years after Lost ended, I finally entered treatment. I had long hair, an unkempt beard, two pairs of brown pants, and a few t-shirts. I had bottomed out. I had attempted to take my own life three times in those two years. I wanted to die. I had given up hope that things would get better and that I would ever find redemption. I think part of my fascination with the character of Michael is that I understood what it felt like to want nothing more than to die, but no matter how hard I tried, I wasn’t dying. To be blunt, it’s the worst feeling possible. Feeling so low that death feels like the only escape and not being able to die is a feeling that I hope nobody reading this ever understands.

Something happened to me while in treatment. Every day I walked the track the patients had access to outside, alone. I didn’t want to talk to anyone and I didn’t care that I was developing an anti-social reputation. I walked this track as if it were a penance I had to pay. I didn’t know why I was doing it but I couldn’t sit still. As I walked, the Lost soundtrack slowly entered my thoughts. The familiar music became comforting to me as I walked and I began thinking about redemption again. Could I ever feel worthy of being forgiven? Could I ever forgive myself? I spent years wishing I could go to The Island for a chance to start over and although I wasn’t crashed in the South Pacific, I found my place to start over.

I’ve been clean since I walked into treatment on May 11th, 2011. My relationship with Lost has changed, too. I no longer see myself as strung-out Jack or even the obsessive version of him that so many find annoying. Somewhere along the way, I began to think more like Season 6 Jack. I don’t know why I couldn’t die when I was trying so hard to, but today I don’t look at it as a failure. I look at it as a reason to live life to the fullest, to pursue every opportunity, and to never stop chasing my dreams and goals.

When my partner and I found out we were having a son, he had to be named Jack. I was already well in the process of my personal redemption when we found out we were having a child but fatherhood was the exclamation point in my story. I was beginning to form a relationship with her son, whom today I also think of as my son. To be able to stand on my own feet and appreciate life today and also be the kind of father a child deserves was proof to me that I had finally found what I had been looking for all these years. To me, the name Jack is a representation of redemption, and the birth of my son was just that for me. While the character of Jack died in his quest to redeem himself, I didn’t have to and my Jack was my rebirth—me coming out on the other end of all my years of pain and struggle. 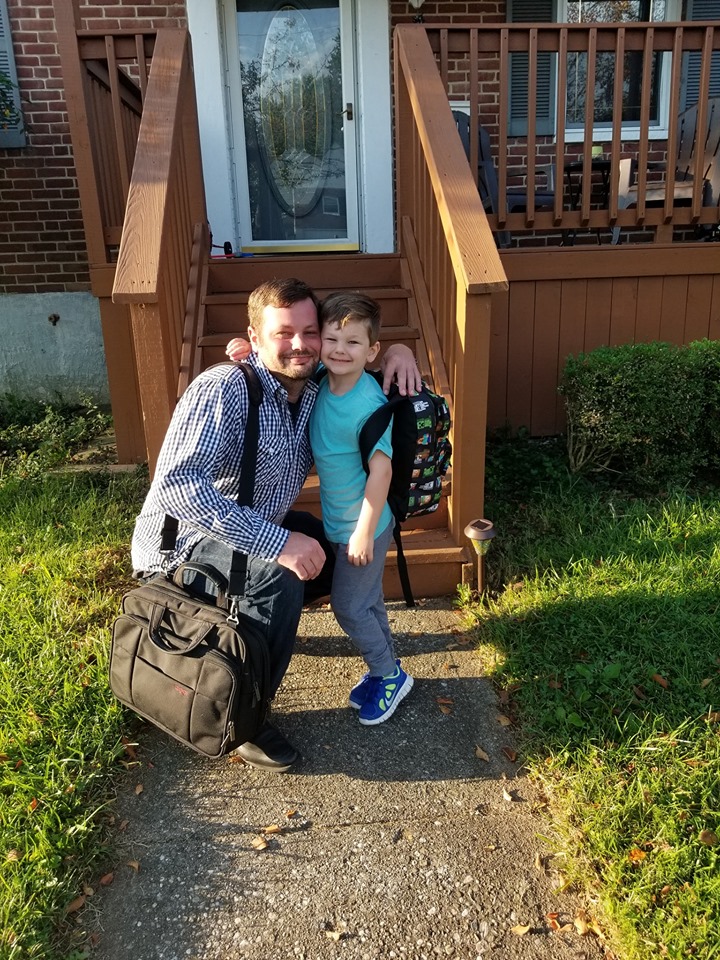 Lost is more than a show to me. Sure, I love to obsess over the story and characters that made the show so much fun to watch, but that’s only the surface of my love for Lost. During the hardest time in my life, Lost gave me something to cling to. It gave me something to escape from my pain with. It gave me the goal of redemption. It gave me hope when these (pun intended) lost people on the show worked through their issues and the problems that plagued them. I wanted what they found and eventually, I found it. I will always be grateful for that.

To anyone struggling with substance abuse, depression, or suicidal thoughts, things can get better. Help is out there and I’m personally here to listen. My email address is Andrew@25YearsLaterSite.com. You don’t have to be alone.