In anticipation of the blockbuster release of Star Wars Jedi: Fallen Order, EA and Respawn Entertainment have released the game’s official launch trailer showcasing the epic Star Wars moments, eclectic cast and charming droid, BD-1, and the intense lightsaber combat players can expect when they become a Jedi on November 15.

Star Wars Jedi: Fallen Order follows the adventures of Cal Kestis, a young Padawan on the run during the dark times after Order 66 was executed. With the evil Inquisitors of the Empire led by the Second Sister in pursuit, Cal with the help of his trusty companions Cere, Greeze, his faithful droid, BD-1, and some familiar faces from the Star Wars galaxy will embark on an incredible journey to help rebuild the Jedi Order. Cal’s quest will have players visiting and exploring an array of planets both new and familiar to reconnect with the Force, hone his lightsaber skills and grow into the Jedi he was destined to become. 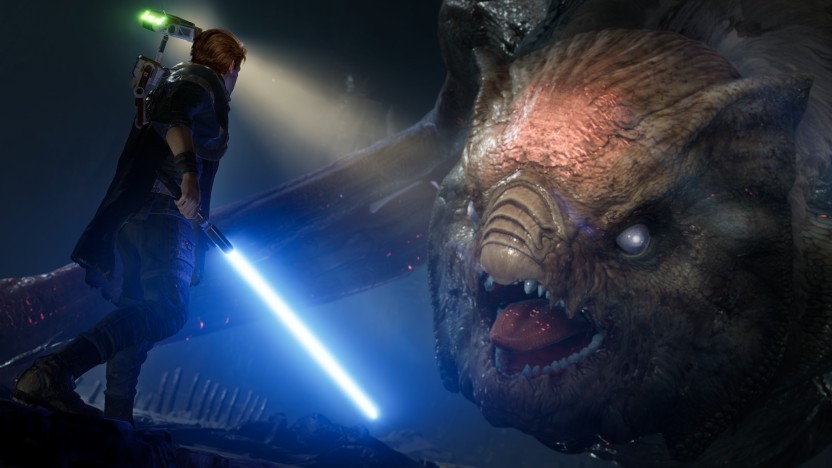 Despite being a Jedi, Cal doesn’t have any sort of special upbringing. The former padawan is trying to evade the Empire’s attention, having to hide his skills due to the group being branded as traitors by the Imperial army, leading to clashes with Jedi-killing Purge Troopers as well as the Imperial Inquisition’s Second Sister. Like the rest of her dark regiment, the Second Sister wields a double-bladed red lightsaber with a circular guard that allows it to spin freely. She’s a former member of the Jedi Order and is a powerful commander of the Force.

Cal chooses to alienate himself from others due to his secret of being a Jedi. While he doesn’t have many human friends, he finds a buddy in a droid called BD-1. The robot has many great uses, such as a spotlight and several other tools that can be upgraded throughout the game. As all good padawans do, Cal finds himself a mentor in Cere (played by Debra Wilson). Respawn said that they have a very different relationship and act as if they were part of a dysfunctional family.

On the flip side, Cal Kestis has to rely on his incomplete mastery of Force powers and starts the game with no lightsaber at all—a sorry state for any self-respecting Jedi. But it looks like he’ll find a half-broken saber with a blue blade at some point relatively early in the game. EA teased that the saber will “grow and evolve” over the course of the game and Respawn is calling it an “action melee”. Despite being powerful, this is not a button masher. Instead, Cal will have to thoughtfully use his abilities, that can be upgraded as the game goes along, to target his enemies’ weak points and take them out.

The game will be available on Xbox One, PlayStation 4 and PC on 15th November, we are very excited to play this game, and keep an eye out for our Day 1 Review here at 25YL very soon.