This show never fails to surprise. Chekhov’s Mercedes has been (re-)introduced, albeit a little late in the season. See if it doesn’t go off in the last act though. Of course, we still have a classroom full of Zappits out there that never amounted to anything, so I could be wrong.

The other surprise came at the end of the episode, with the quick and violent end of Alma Lane. It wasn’t a surprise that was coming, of course. The faceoff between her and Morris was well telegraphed by the out of sequence opening scene of Morris leaving Danielle a twisted, wooing voicemail. But boy, when the cards fell, it was surprising how quick things escalated. That Alma, when she senses even a hint of danger—blam—she takes care of it. Just not thoroughly enough this time.

“Marjorie, you better not be eavesdropping!”

Kate Mulgrew goes out with a bang, giving us the softer side of Alma in her last episode. The crying, weepy, hot mess side of Alma, that is, left behind in the wake of Rothstein breaking it off with her. Morris and Alma start out like giddy school kids as they run inside to read the first notebook. That turns around for Alma when she realizes that Rothstein never stopped loving her, in her mind at least. At that moment, she says “I’m sorry” and becomes inconsolable. Once again, I think this says that she knew darned well what she was doing when she pointed Morris in his direction, like a loaded gun. Her ultimate revenge as a scorned lover.

Is Alma really the character Susan from his Jimmy Gold series? Hmm, I kind of doubt it. I think she’s just seeing what she wants to see, though Morris apparently sees it too. Enough to turn him on again. And again. Ugh. Funny that she bites his head off for thinking of another woman, even a fictional one, while being “all in” with her. Meanwhile she’s been pining away for Rothstein this whole time.

What was Marjorie’s end game in taunting Morris? She clearly did not read the manuscripts, although she must be somewhat familiar with the original stories. I suppose she was just trying to get Morris to untie her, but she’s playing a dangerous game. She seemed to naturally favor Alma, and was even trying to warn her as Morris recovered behind her. But he caught her monologuing—a classic villain mistake—and now she’s gone.

“I mean, how much smaller can our world get? Come on.”

Meanwhile, Bill and Jerome—OK, mostly Jerome if we’re being honest—are closing in on Morris. They search first Morris’ apartment and then Alma’s house, forcing the bad guys to move up their time table. While it was satisfying to see Jerome finally put all the puzzle pieces into place, their interest in the shed borders on psychic. The late night return trip should be interesting.

For his part, Pete makes the smartest move he’s made all season. Alma wants him off balance, but he puts them off balance by baiting them with the first of the Rothstein notebooks. Peter even tells Morris that he’s making mistakes because he wants the manuscripts so badly, and then hands one over. Nice move.

A bit of a spoiler here next, so just jump to the next section if you don’t want to know. In the original novel, Finders Keepers, the notebooks are all burned up in a similar exchange, and Bellamy never got to read a single one. The title of the next episode, “Burning Man,” sounds like we’re headed to the same conclusion. This is perhaps also foreshadowed by the Rothstein scene in this episode, with him talking to Bill all surrounded by fire.

As previously mentioned, Holly gets a surprise inheritance, and makes an even more surprising decision what to do about it. She had to know Bill would fight her on this, and she stood her ground. Good for her, I guess, though honestly, junk yard scrap was the better option. Way better option.

Lou seems to have it together for the most part. Except for risking strangulation telling Bill that he owes Brady for his second chance at life. Bill doesn’t want to hear it, but Lou’s analysis is kind of spot-on. Of course, so is his counter argument. Still, she now has access to the keys for the Mercedes, being Holly’s roommate and all. Not good.

The promo for the finale is solely focused on the resolution of the conflict between Pete and Morris. No hint at what might happen with the Brady-in-hiding storyline. Right up to the second-to-last episode here, and there’s no real momentum building. Maybe we’re going to get a cliffhanger ending, leading into a Season 4. I’m all for that, don’t get me wrong. 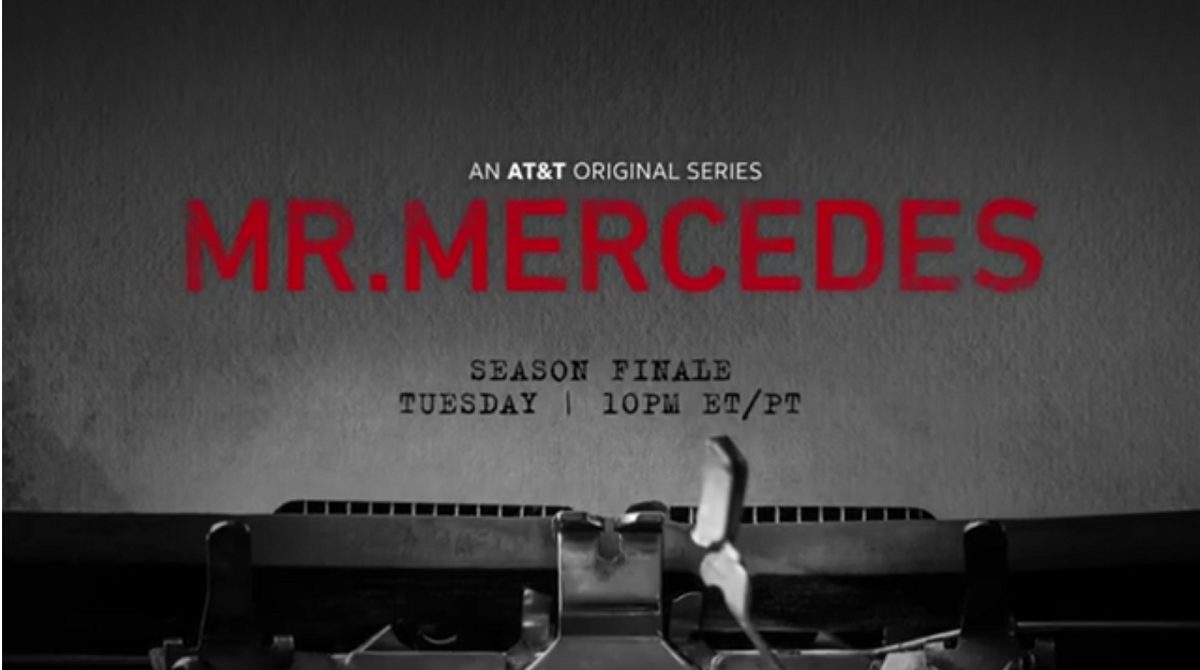 Mr. Mercedes in the News

Last week was a light news week, but this week there is literally nothing. Well, OK, in Stephen King news there a tsunami of articles about the release of Doctor Sleep, which is already trending a 94% Audience Score on Rotten Tomatoes and has Stephen King’s stamp of approval.

But since there’s nothing specific to Mr. Mercedes this week, I thought I’d take the opportunity to look ahead and see what other roles our actors are going to be playing in the near future (if this is indeed the last season of Mr. Mercedes). We’ve already talked about Brendan Gleeson’s (Bill Hodges) next big role, but let’s see what the rest of the show regulars are going to be up to: