Blaxploitation movies were born in 1971 when Melvin Van Peebles, father of future actor and director Mario, released Sweet Sweetback’s Baadasssss Song. The story focuses on Sweet Sweetback. A young orphan raised in a brothel who reaches adulthood only to run foul of the law.

If the truth is to be told, Sweet Sweetback’s Baadasssss Song isn’t a great movie. It isn’t even a good one. It is, however, an important film which is considered the jumping-off point for the whole genre.

For nine years companies would flood the market with these movies, creating stars out of unknowns and raking in fat chunks of cash in the process and then, just as quickly as it appeared, it was gone. Driven out by over-exposure and changing tastes it would die but wouldn’t stay dead for long as a new generation discovered these hidden gems through VHS and late-night TV.

I’m one of those people. When I first saw Pam Grier blow a drug dealers head off with a shotgun on Channel 4 one night in the ’80s, I’ve loved Blaxploitation. I’ll admit though that not every movie is golden. In fact, there’s a lot of garbage out there but if you’re looking for a new art-form to get your teeth into then Blaxploitation is definitely for you.

So where should you start? 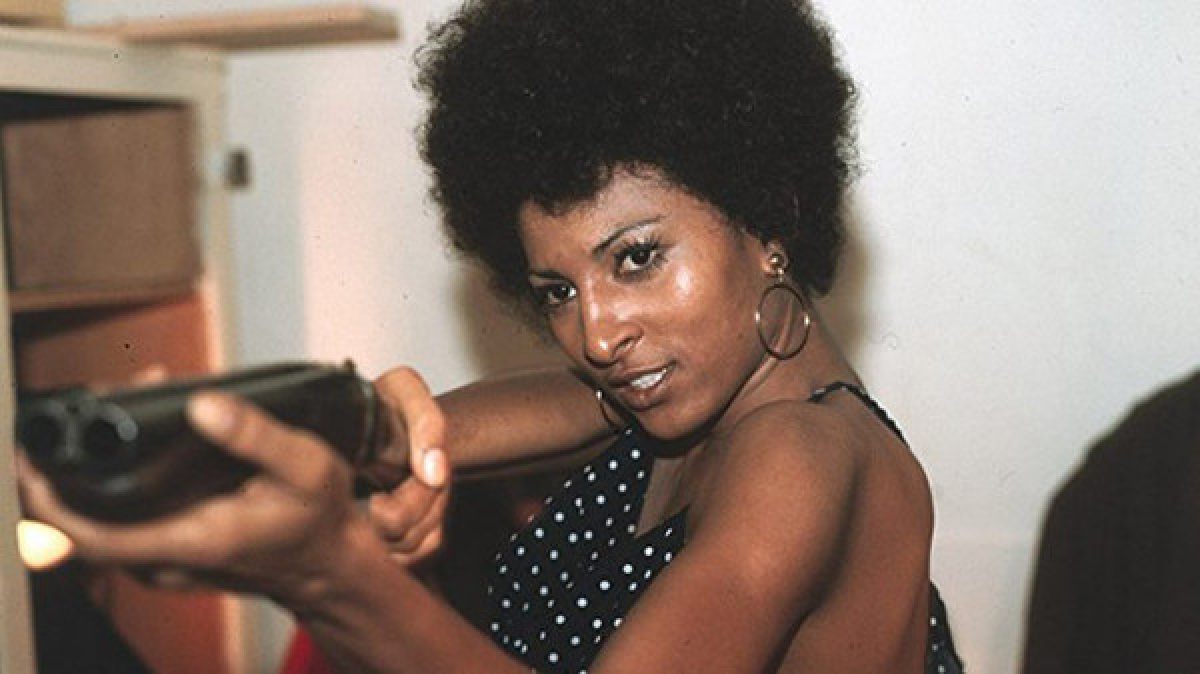 Let’s begin with the movie that started off my 30-plus-year obsession, shall we? Coffy introduces the world to Pam Grier. A hard-assed woman who’s out for revenge against the drug dealers and pushers that cost her brother his life. It’s a familiar trope and it’s the perfect entry point for anyone wanting to dip their toe into the Blaxploitation waters. The way it takes the usual trope of a one-man wrecking crew and flips it on its head by making that man a woman is clever. And what a woman Coffy is. I fell in love with Pam Grier in this film and it’s not hard to see why. Stunningly beautiful and stronger than an Ox on steroids, she’s a hero that both men and women can get behind which, up until that point, had been an alien concept.

When it was released in 1972, no-one could’ve predicted that Across 110th Street would go on to be not just one of the best crime films of Blaxploitation movies but one of the best crime films full stop. This is mainly down to the fact that neither of its lead actors needed the genre to make names for themselves. It’s a hard-nosed police story about dirty cop Captain Frank Mattelli (Anthony Quinn) teaming up with fast-rising star Lieutenant William Pope (Yaphet Kotto) to investigate the robbery of a mob bank that ends in much murder and bloodshed. It’s nearly impossible for me to go into too much detail about this film without ruining it for you, so I’ll just say that Across 110th Street is a brilliantly written, perfectly acted film with more twists and turns than a bobsleigh run.

Before the seemingly endless sequels, before the awful remake starring Samuel L. Jackson, and before the what-ever-the-hell-that-thing-on-Netflix-is there was the original and the best version of the Private Dick who’s a sex machine to all the chicks. That’s right, I’m talking ’bout Shaft. More manly than a room filled to the ceiling with mustaches and hotter than the sun, Richard Roundtree punches, kicks, and shoots his way through New York as he races against the clock to save Marcy Jonas from her kidnappers and in doing so, stopping an all-out race war. The original Shaft has something the others don’t have in that it’s action-packed from the first scene to the last and tackles a very sensitive subject incredibly well, mainly by having John Shaft beat the hell out of anything that gets in his way. 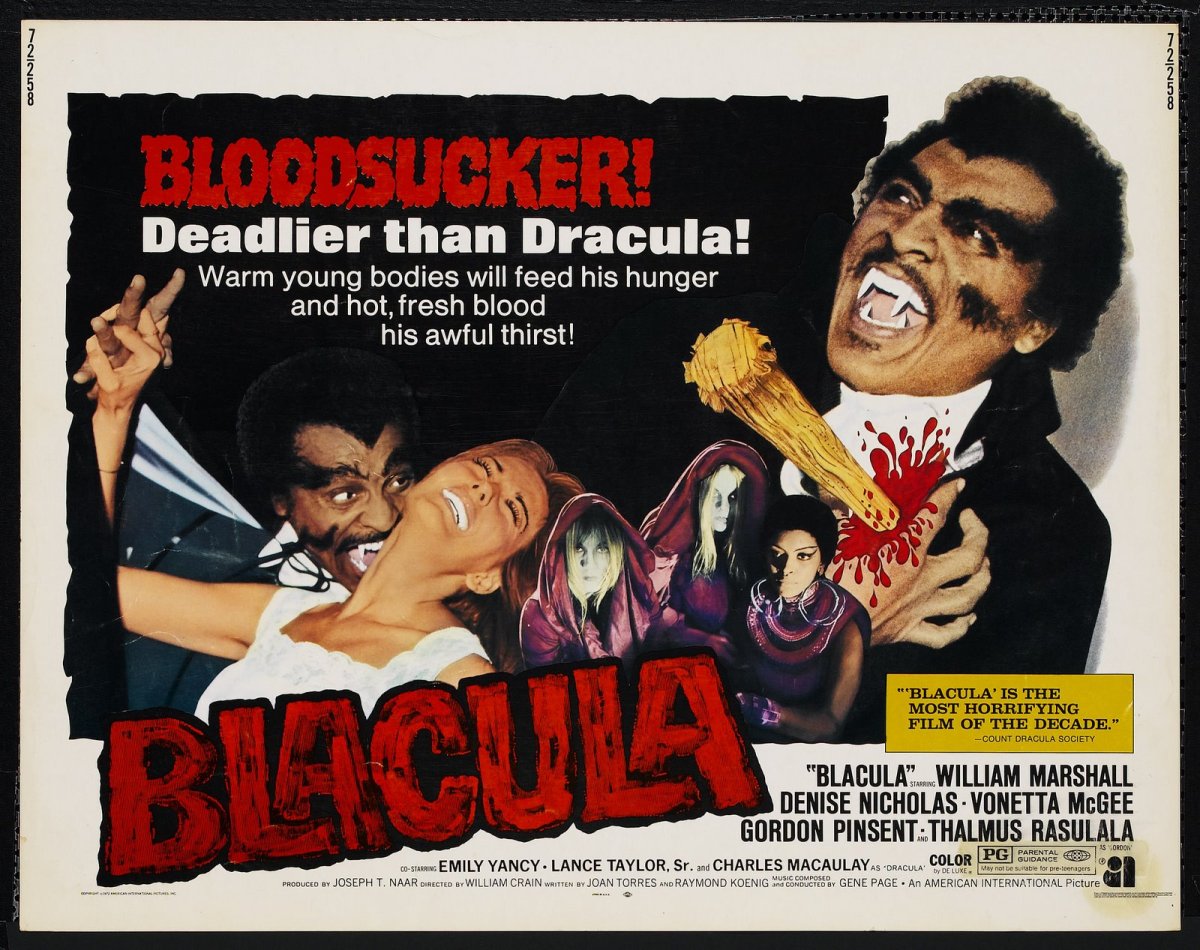 It wasn’t just crime movies that got the Blaxploitation treatment, horror also got in on the act as well and the most famous of these is this 1972 classic. Starring William Marshall in the title role, Blacula gets quite a rough deal. He’s turned into a vampire for having the nerve to approach Count Dracula and ask him for his help in stopping the slave trade. Nearly 200 years later the now immortal Prince Mamuwalde (Marshall) arrives in America and sets about eating people while falling in love with a woman who’s the spitting image of his dead wife. On a personal note, I’m a bigger fan of the sequel, Scream Blacula, Scream. That probably has a lot to do with Pam Grier being in it and, as we’ve already established, I’m a total fan-boy where she’s concerned. 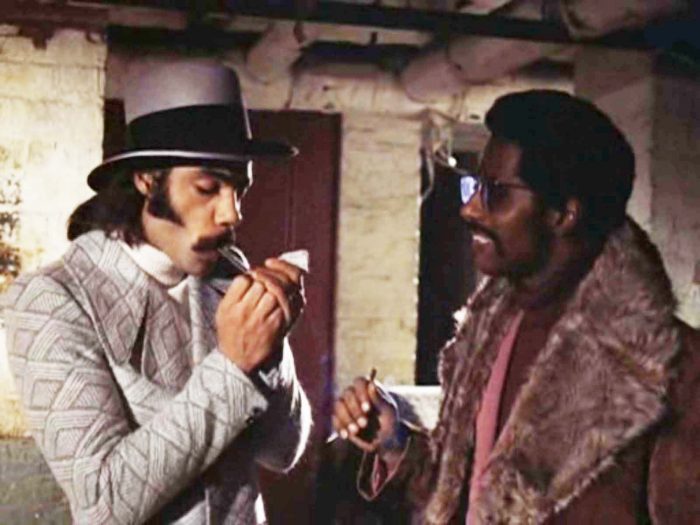 If I had to take one Blaxploitation movie onto a desert island with me then, no matter how much it would pain me to leave any Pam Grier masterpiece unattended, I’d have to take Superfly along for the ride. There’s not really any logical reason behind this either as it’s not the best-acted movie you’re ever likely to see but the combination of a superb soundtrack by Curtis Mayfield, combined with a story of a drug dealer trying to get out of the game is just so addicting that it’s almost as potent as the product that Priest and Eddie are trying to push.

So there it is. If you want to experience Blaxploitation but don’t want to wade through an ocean of rubbish to find little diamonds, then these are the five you should start off with. From there, well, you’re on your own but know this. For every movie that has you questioning your viewing choice, there’s a fantastic little masterpiece still waiting for you to discover it.