We’ll start this list off with an easy one. One of the most beloved films of the ’80s and one that I first watched with my dad when I was young, this film really is an obvious mention: Back To The Future. When discussing time travel movies, you would be hard-pressed to not hear this one be brought up. Back To The Future and its sequels were bonafide pop-culture staples throughout the ’80s, and all the way through today. It had such a lasting impact, many popular companies the world around planned celebratory events and product releases for October 21st, 2015, the date in the future that the main characters travel to. The franchise spawned numerous video games and toys, Nike re-created the famous futuristic shoes, and the Delorean was the car everyone wanted to have. One could even argue that no other time travel film or television show has made as big of an impact as Back to the Future. 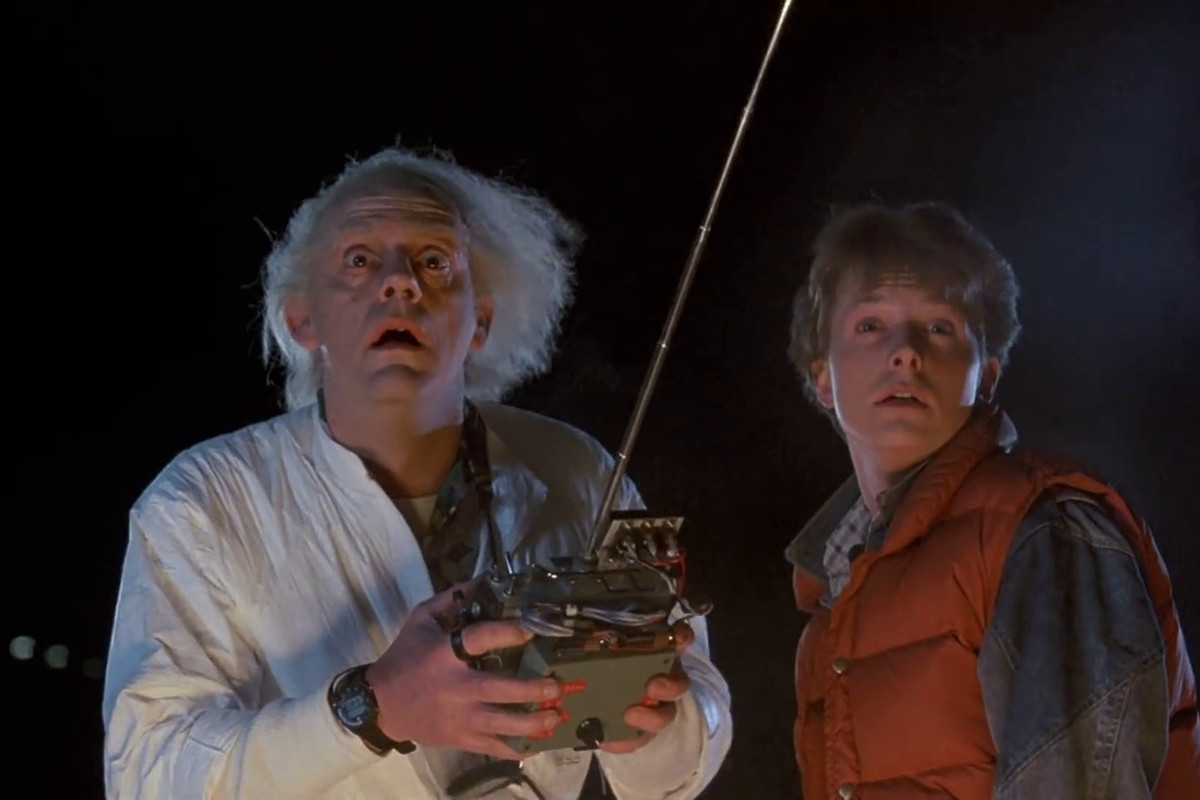 In Back To The Future, if you somehow do not already know, Michael J. Fox and Christopher Lloyd play Marty McFly and Doc Brown respectively, and they famously get into all sorts of trouble over the course of three movies as they travel through time: once to the past, once to the future, and once even farther into the past, to the old wild west. Their time travel vessel of choice was the extremely apt and very cool modified Delorean. The movies explored what could go wrong when someone severely messes with the past, such as breaking up one’s parents or meeting your past self. It became the go-to for time travel cliches, and rightfully so. Outside of how the actual time-traveling is done, most time travel films take at least one concept from the Back To The Future films.

This next choice might surprise some people, but it is one that I think does time travel extremely well. As a matter of fact, it is constantly in the running for the best superhero movie in my own internal debates. X-Men: Days of Future Past does so many awesome things, I can’t help but get giddy when I talk about it. The movie is by far the best X-Men film in the franchise (yes, I went there), but it really does explore a new way to do time travel in movies, and it does so magnificently. In this superhero adventure, the “older” X-Men timeline (the one with Patrick Stewart and Ian McKellen) is joined with the heroes of the “newer” X-Men timeline (the one with James McAvoy and Michael Fassbender). They are brought together through the time travel of one central character, Hugh Jackman’s Wolverine. 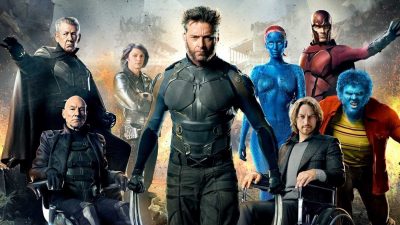 Quickly, the plot involves Wolverine going back in time in order to save the not so distant future, where Professor X and Magneto are actually working together in order to save the world from deadly mutant-killing robots. I know, awesome right? Kitty Pryde (played by Ellen Page) has the ability to send herself and anyone she touches back in time in short bursts—a few minutes to a day or two at best. As a last-ditch effort to save the world, the mutants decide to have Kitty Pryde send Wolverine’s consciousness back in time as far as she can make him go; back to the ’70s. Without giving any more away, you can already why this film is so magnificent. The ensemble cast does a perfect job tying together all the storylines and characters, and it is a believable approach to time travel as well. Due to the fact that the whole movie is near-perfect, it absolutely belongs on my list.

This film from director Rian Johnson (well before he did Star Wars: The Last Jedi) is one where the “conventions” of time travel are flipped on their head. Starring Joseph Gordon Levitt, Bruce Willis, and Emily Blunt, Looper isn’t as much of an adventure as the other movies on this list are. Looper takes place in both the near future, as well as a dystopian future. In this future, the gangs and mobs of the world use time travel as a way of killing. In the future, time travel is outlawed, but since when has that stopped anyone? The main character Joe works for a crime syndicate, and his job is to be at a very specific place and time, where a masked person suddenly appears (through traveling back in time), and Joe instantly kills them. This movie views time travel less as a means of adventure, but as a means of doing business. 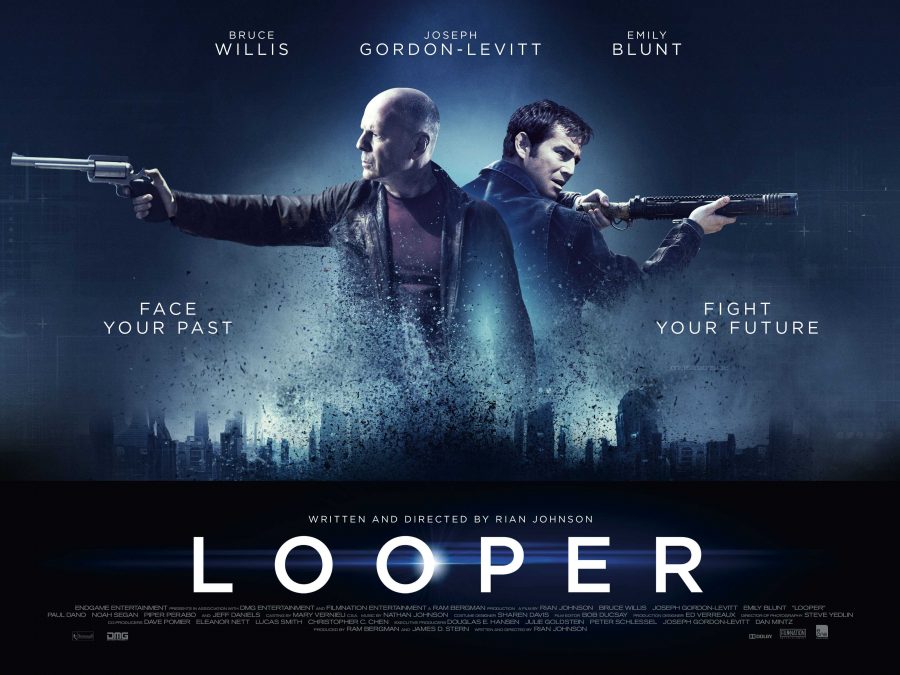 I won’t give any more of the plot away, but the movie truly is a ride from start to finish. As per usual, as soon as the opening exposition is over, shit starts to hit the fan for Joe. But what makes this movie extremely interesting is the way that time travel is used in this world. Instead of time travel just being discovered or explored, time travel is already both widely in use as well as outlawed! Moreover, because it is a means of business, it lets viewers explore a new and interesting twist of the genre. There are a lot of innovative ways that Johnson delivers his plot to the audience, and it was gripping the entire way through. The sheer imagination of Looper is what gives it a spot on this list.

We are going back just a bit to explore the next film on the list, the harrowing action film that truly solidified James Cameron as one of the premier directors of our time; Terminator 2: Judgement Day. Similar to Back To The Future, this movie uses time travel in the common conventions that we have seen before. More specifically, people from the future send people (or in this case, terminators) back in time to either change the past or prevent the past from changing. However, T2 is not all fun and games. In this movie, there is so much action, violence, blood and killing that it absolutely earns its “R” rating. For those who do not already know, the plot, in a nutshell, is this: the resistance of the future sends an older and reprogrammed terminator back in time to protect John Connor, who is a child. In the future, Connor is the leader of the resistance, and the terminators of the future send one of their own back in time as well to try and kill him. 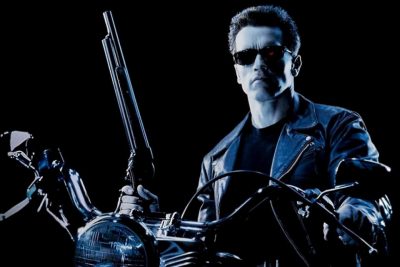 Right off the bat, this is a fantastic movie as a whole. James Cameron already had success at this point, in directing Aliens, The Abyss and the first Terminator as well. However, T2 is what sets James Cameron as one of the best directors of all time, and for good reason. The movie, starring Arnold Schwarzenegger and Linda Hamilton, has so much packed into it that you really can’t look away. The time travel truly is straight-forward, but that does not make it any less of a movie. Terminator 2: Judgement Day is more or less synonymous with time travel movies, much like Back To The Future is, and that’s why this is an easy pick to be one of my favorite time travel films.

This last film on the list is one of the more unconventional time travel films. In Edge of Tomorrow, the main character does not directly travel through time per se, but he does re-live the same day over and over again as a result of the actions in the movie. For me, this is absolutely a subgenre of time travel, which makes it an easy pick for this list. Starring Tom Cruise and Emily Blunt, the movie takes place in a world where the human race is in a war against the invading aliens, called the Mimics. Humanity seems to be winning a close war, but things are not as they seem. Tom Cruise’s character, Major William Cage, gets into some trouble and gets sent to the front lines against his wishes. During the battle, which ended up being a slaughter, something happens to Cage that causes him to start reliving the day over and over, caught in a time-loop that resets every time he dies. 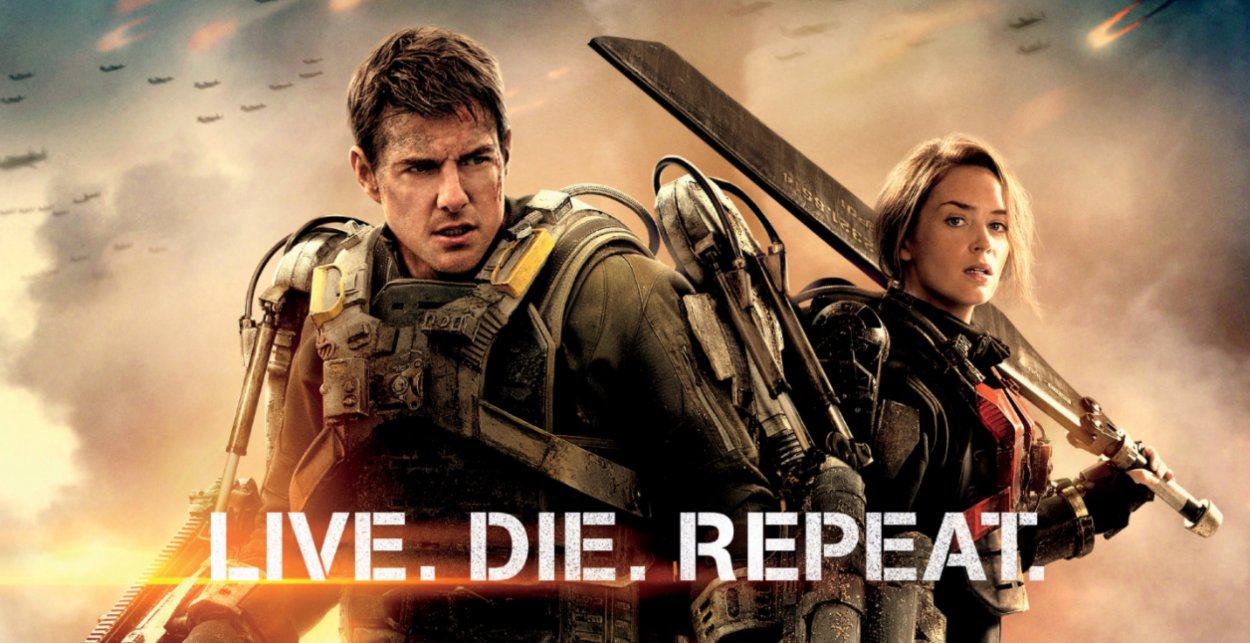 This movie received critical acclaim from all around when it was released a few years ago, and it is well deserved. Say what you want about Tom Cruise, but he and Emily Blunt play their parts beautifully and push forward a plot that has laughs, cries, and everything in between. Obviously there are comparisons to Groundhog Day, but ill just say this; all the action, fighting, and the new twists on the time-loop make this movie very much its own flavor of time travel. Edge of Tomorrow may not be a traditional time travel movie, but it is a must-see both for lovers of the genre, and people who just want to see an incredible film in its own right.

Yes, yes, the most recent Avengers movie also deserves a spot on my list of favorite time travel movies, even if it isn’t the entire plot of the movie. I won’t exhaust any more of your time explaining the plot (seeing as how it is the highest-grossing movie of all time and all), but I will say this: Avengers: Endgame weaves a story that had to include time travel in order for the heroes to come out victorious in the end. While it did not work at every turn, it was very well done, and might even be the most logical way to portray time travel on screen to date. The way the film explains how time travel works, to why the characters do what they do while time traveling, all just makes sense—a lot of sense, which is why this movie gets a bonus spot.

And there you have it! My list of my favorite time travel movies is complete. I hope more movies involve time travel in the near future because it is such a versatile plot device that can always leave audiences guessing. Agree with my list? Disagree? Be sure to let me know in the comments below!