Are we living in The Johanaissance? Has Hollywood got a case of Scarlet Fever? (I humbly apologize for what just happened). Whatever you want to call it, Scarlett Johansson is becoming the full-fledged multi-faceted superstar she was always meant to be. And, frankly, it is about time. With her newest film, Marriage Story, Johansson inches closer and closer to Oscar gold and entering a new phase of her career: prestige actress.

Despite making her breakthrough in indie films like Ghost World and Lost in Translation, Johansson maneuvered through a decade-long-plus career of mixed results, juggling between big blockbusters of varying quality, a sprinkling of additional indies, and multiple attempts at reinvention as the next muse for well-known filmmakers like Woody Allen, Brian DePalma, Christopher Nolan, and Jonathan Glazer.

But 2019 is the year it all finally came together for her; an amalgamation of her entire career into one three-picture run that shows Johansson at her most dynamic, three-dimensional, and vibrant. That is not to say the Johansson was/is a bad actress but there was always a sense that she was asked to accentuate certain qualities of herself that weren’t her greatest strengths. Because of her singular beauty, the gaze was focused on her physically more often than emotionally. 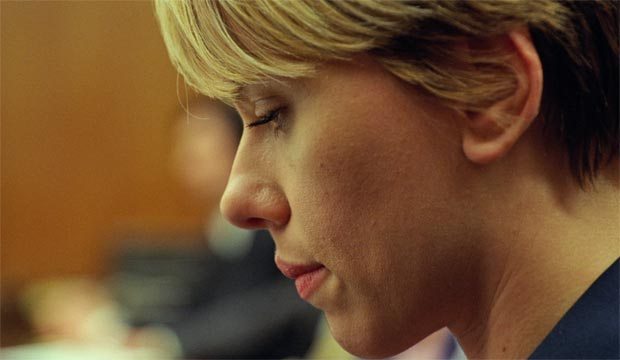 Even her early Marvel work as Black Widow tended to oversexualize the character. It wasn’t until the Russo Brothers stepped in for Captain America: The Winter Soldier that she was given more to wear and more to do. And Johansson’s first major performance of 2019 was in a Marvel film, Avengers: Endgame, where she reached down inside herself and made Natasha “Black Widow” Romanoff a tragic figure. I myself was amazed at how real the character had become in that film (her 9th appearance as the Romanoff overall) and for a movie with roughly 65,000 characters, many of which are beloved and heroic, she became one of the main sources of heart and inspiration.

She continued her impressive year with Jojo Rabbit, a mid-major release (straddling indie sensibility with major studio backing) that allowed her to be the most joyful and free she’s ever been. In that film, it felt like director Taika Waititi let her loose on the material and her incredible energy was infectious. If 2019 were to end there for her, she might be looking not only at international domination at the box office but likely a nice Oscar nomination for Jojo to put in her back pocket (which may still be the case when all is said and done).

And then Marriage Story came along. A Netflix original co-starring Adam Driver and directed/written/produced by Noah Baumbach (The Squid and The Whale, The Meyerowitz Stories (New and Selected)), Marriage Story delves into the psychological and economic turmoil of divorce between two people who, in some way, both love and hate each other. And while Driver always shows up to act with a mesmerizing intensity (seen in his drama as well as his comedy), Johansson brings her A-game as well, bringing the audience a Kramer vs. Kramer for the 21st century with characters of infinite depth, tragic flaws, and beautiful strengths (and yes, I am comparing Johansson and Driver to Streep and Hoffman).

Nicole Barber (Johansson) was an up-and-coming movie star before meeting (and marrying) theater director Charlie Barber (Driver), giving up Hollywood to perform in his plays, keep Charlie’s theater company afloat, and raising their son Henry (Azhy Robertson) in New York City. But, it has been ten years since Nicole left for New York and things in her marriage are falling apart. What she seeks most is freedom, not only from her marriage, but to make her own decisions and to discover herself.

Nicole and Charlie agree to divorce but have a hard time agreeing on the how and the when. Nicole moves back to California with Henry to star in a TV show while Charlie remains in New York to direct his first Broadway play, flying back and forth to spend time with Henry. But when Nicole realizes she needs to get serious about making the divorce official, she enlists a brilliant but ruthless attorney named Nora (Laura Dern) to kick start the process.

Now on the offensive, Charlie must juggle his travel and his company all while fighting for custody of Henry and finalizing the divorce. Enlisting lawyers of his own, including the shark-like legal assassin Jay (Ray Liotta), Charlie and Nicole become unwittingly bitter enemies, discovering traits within each other they never knew the other had and turning a once amicable end of a marriage into a war, with years of pent-up frustration and bitterness rising to the surface. 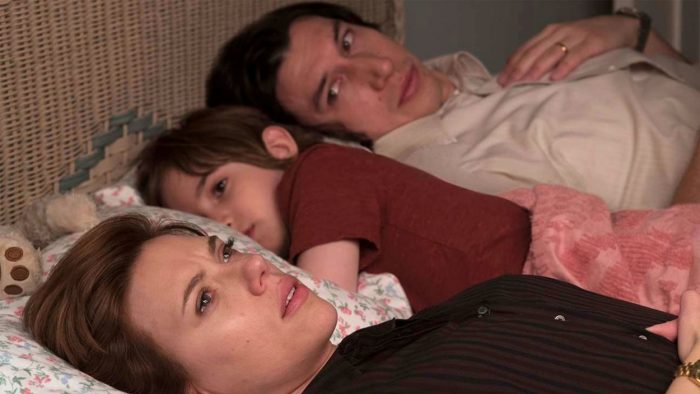 Adam Driver is generally seen as an Oscar-caliber actor. To me, it is not a matter of if he gets one, but when. And when might just be a few months away. Marriage Story is his magnum opus as an actor (so far), channeling his intensity, his warmth, his vulnerability, and his pathos into a gut-wrenching performance of a man losing all he loves and all that he knows and coming to the realization that it could all be his fault. While we debate when and how many Oscar nominations Johansson is going to get this year, the Best Actor statue is now Driver’s to lose. He’s that good in Marriage Story.

Baumbach’s script is a little clunky as a few of the comedic set pieces fail to land but his mastery of making both his leads heroes and villains in their own story is impressive. Nicole can be seen as someone discovering herself, reclaiming her independence, and overcoming a co-dependency from Charlie, who can be emotionally absent, too focused on his career, and controlling. Conversely, Nicole can be seen as flighty, selfish, and undedicated while Charlie is the one suffering from vindictiveness, confusion, and not being understood as a true champion of art. In other words, Charlie and Nicole are real, actual human beings who have their good days and their bad days; their strengths and their weaknesses.

Besides the character-angles that he nails down with perfection in his script, Baumbach also delves into the world of divorce as a cultural institution where pain, inconvenience, and, of course, the all-mighty dollar play a massive role. Nicole and Charlie intend to divorce amicably and though they see differently on many things, there is an eternal love there that will never be silenced, both for each other and for their son. But thanks to the maneuverings of their legal teams, the two begin to see a widening hole between them where some of the more primal and pent-up emotions come out that were never seen or heard from before.

Hopefully not forgotten in the Johansson/Driver awards chatter is the amazing supporting cast that makes up that legal team. Alan Alda is perfect as Charlie’s first lawyer Bert. Alda gives Bert enough ambiguity to make the audience second guess whether he is a mad genius or a looney has-been. On the opposite side is Laura Dern as Nora and Ray Liotta as Jay, wickedly talented lawyers who know the divorce game so well that, to them, it is mere sport. 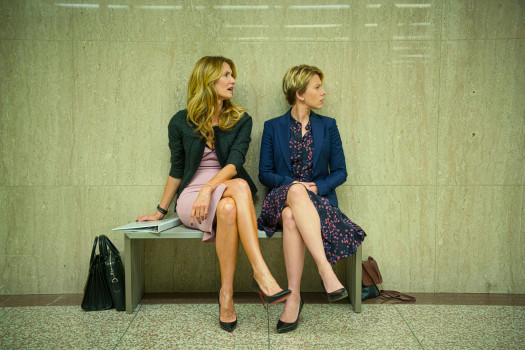 Dern is electric as Nora, so clearly fake but also convincingly charming as Nicole’s high profile lawyer who wants to, literally, stick it to the man. Liotta turns out one of the best performances of his career as Jay, a seedy-looking lawyer who might as well be related to Saul Goodman. He’s slimy but effective. Like Nora, you sense the mercenary nature of Jay’s act but also witness his brilliance and knowledge. Both Dern and Liotta share a courtroom scene together at one point that might be the best scene in the film, both dramatically and comedically.

So while Marriage Story doesn’t necessarily nail all of the comedy portions of this “dramedy”, the five primary actors and a masterful script by Baumbach more than make up for it, delivering a biting commentary on the divorce market in the US, the complexity of modern-day relationships, and, most importantly, how human we all are, scars and all. It may be a sad night on the couch come viewing time but Marriage Story is one of 2019’s best films and can’t be missed.

Marriage Story has been in limited theatrical release around the US since November 6th but will be available to stream on Netflix starting December 6th.