Dare I say it, I think Mumblecore Mt. Rushmore member and renowned indie filmmaker Joe Swanberg turned a corner with 2017’s Win It All on Netflix. Coherency has been the bane of mumblecore’s existence and, for at least one film, the celebrated Chicago filmmaker found the right palatable proportions of his craft. With Win It All, Swanberg stayed true to the naturalistic everyday settings and improvisational dialogue that he thrives on and thankfully applies them to a tighter narrative structure.

Common Swanberg partner-in-crime Jake Johnson plays Eddie Garrett, a reckless gambling addict, and chronic welcher. He borrows money with empty promises and whatever cash he makes doing odds-and-ends jobs—like parking cars at Wrigley Field for Chicago Cubs games—gets pissed away on the poker tables of an illegal gambling mitt joint in Chinatown. Eddie’s frustrated older brother Ron (Joe Lo Truglio of Superbad) is continuously trying to offer him a stable job in the family landscaping business. His former addiction sponsor Gene (the perfectly frank Keagan-Michael Key) tries to talk sense into him every chance he gets over cups of coffee at the Steak ‘N Egger, but Eddie is a foolhardy mess who can’t and won’t help himself.

The chance of future fortune smiles when a local criminal heavy named Michael (Jose Antonio Garcia) propositions Eddie a way to make an easy $10,000. All he has to do is discreetly stash and hold onto a duffle bag of damning evidence while the gangster spends a few months in prison. When Eddie discovers $50,000 worth of cash in the bag, he can’t resist testing his luck. One hot night of winning makes him feel high on the hog, buying drinks for everyone and catching the romantic eye of a beautiful nurse named Eva (Aislinn Derbez of Miss Bala) in the process. 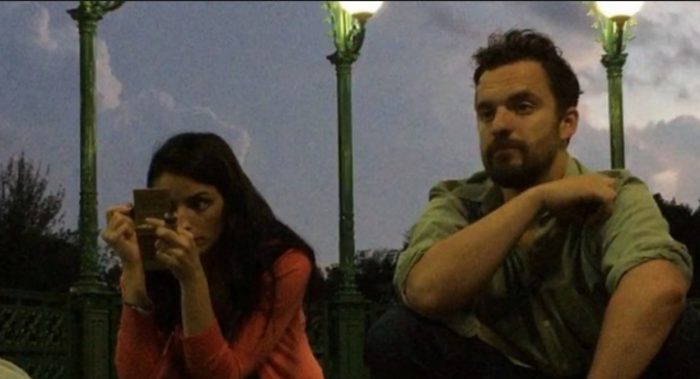 Even if he is expendable and can be spooked and strong-armed to comply, Eddie is the last person you want to leave with a bag of money. That’s just asking for failure and misappropriation. No wonder why Michael is spending some time as an institutionalized resident of Cook County.

A guy like Eddie doesn’t quit while he’s ahead. Sure enough, as logged by title cards of the bag’s depleting balance, he gets himself in quite the pickle when he manages to lose nearly half of the original $50K, forcing him to change his ways for the better to recoup the losses. All of that is fine and dandy until Michael informs him he’s getting out of jail early, squeezing Eddie’s options to remain on the straight and narrow.

Eddie’s crippling dependency is more a habit towards losing than the actual money and games. All he knows anymore is the cyclical failure of the chase and that vacuum’s hold on him. He has allowed his streaky inconsistency to manifest away from the chips and tables and lets it sink his life.

Though it starts with committed focus and personal decision-making, correcting faults like addiction and improving one’s life takes external motivation as well. Between the satisfaction of an honest living and a more involved life that includes family, friends, and love, Eddie has plenty of positive motivators to choose from, even if the negative one of not owing money to a killer is mixed in there too. It all works.

Win It All put Jake Johnson’s ability and flair to their best and fullest uses in a feature film to date at that time (and possibly still since). When you add the Easy TV series, this was his fourth collaboration with Swanberg and second with him as a writing and producing partner.  His welcome and constant comedic charisma still shines, but the heavy tarnishing traits of this loser character force Johnson to work a little harder for attention and empathy rather than getting by on low-hanging quips and gags from lesser material. He and Swanberg composed a full-bodied character with flaws and failures and Jake goes for broke literally and figuratively.

Carving relatable characters and settings were never the problem in this mumblecore subgenre of realistic fiction. Joe Lo Truglio and Keagen-Michael Key jive with the rambling speed of Johnson and create stellar foils. Swanberg and his peers have always nailed that lived-in quality, and the director doubles as a masterful editor of conversational pacing. Teeming with local talent and nuanced flavors around every corner, Chicago will always be Swanberg’s amiable and diverse home turf, and up-and-coming cinematographer Eon Mora digitally shoots the self-destruction and redemption with a tidy balance of sweaty intimacy and voyeuristic distance. The soundtrack is an additional stylistic flourish blending kitschy and bluesy tunes with Dan Romer’s expressive score.

Win It All is one film that defeats the mumblecore flaw of open-ended aimlessness. Simply put, unlike Digging for Fire, Happy Christmas, and, to a lesser degree, Drinking Buddies, this film has a point and makes it while still traversing humanity’s natural waters with its innate penchant for improvisation. Finally, a central character is given a complete arc within a film where the wiggle room to constantly commiserate does not disjoint all of the momentum.  Win It All reaches a conclusion because the evocative minds behind the camera finally settled down to create one, complete with the irresistible cadence of poker movie theatrics.  What a difference fulfillment makes.