Mr. Robot S4E8 “408 Request Timeout” gives us precisely that when it comes to Elliot—the time for him (and for us) to process the revelations of last week.

Krista shepherds him away from the returning Peanuts and Javi (who pretty much only seem interested in grabbing Vera’s wallet once they realize Krista and Elliot are gone), but he can’t go into the police station with her. As he says at the end of the episode, he doesn’t know if he can do anything.

That’s the crushing impact of his confrontation with the truth about his father. It’s a world-shattering event, and the plans he had previously—to carry out a hack on the Deus Group and so on—no longer make the same kind of sense now that his world is broken.

He asks Krista what to do, and all she can tell him is to go on. But it’s like that line from Samuel Beckett’s The Unnamable: 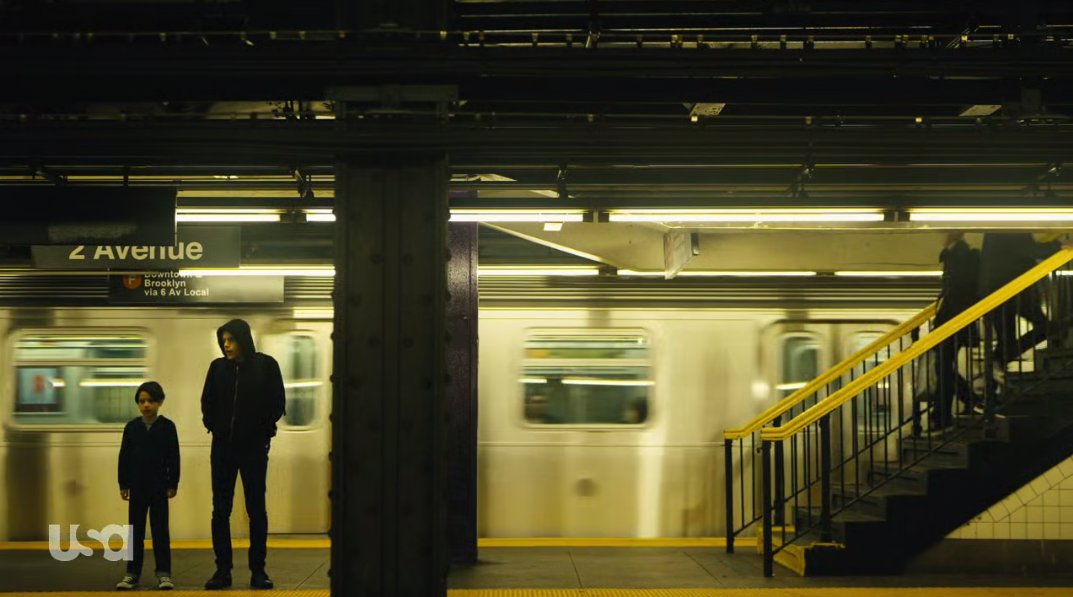 The young Elliot ultimately shows the older that he did fight back, or try to. He hid the key to his room to keep his father from getting in. We don’t know if that worked (probably not?) but it is an indication that the boy was trying to do something, undercutting Elliot’s guilt about letting it all happen.

One thing I think is worth noting is that in the scene where the young Elliot hides the key in the museum, he is talking to someone we do not see, just as he did in the previous scene in the movie theater after his father collapsed. It would be easy enough to think that he is talking to Mr. Robot, but given the line about “the other one” I can’t help but wonder if that’s who it is.

And who is that? Well, I don’t think it is the young Elliot, as he was in the scene where this was first presented, nor Elliot’s mother for the same reason. They may be aspects of Elliot’s psyche, but they’re the ones who are waiting. Is it possible that this is what they were waiting for, and the idea of some third persona was something of a red herring? In other words, perhaps the Elliot we see in S4E8 is “the other one”—the one that knows the truth? After all, it was the young Elliot who inquired, and who shows up in this episode. Of course, that would go directly against my speculation above that the young Elliot may have been talking to some as yet unseen third.

There are some wild theories out there, and who knows what will happen given what Mr. Robot has dealt us in the past. But I have to think that anything that ends up with “this has all just been in Elliot’s head” has to be wrong. This show is smarter than that. Even Season 2 didn’t go that far, as the events seem to have occurred. It was just the framing of them that Elliot was keeping from us.

So the thought that any character we are familiar with could be “the other one” feels ruled out to me, as all of their existences feel like they have been confirmed by someone who is not Elliot. Wouldn’t it be great if it actually ended up being Alf?

At the end of the day, Mr. Robot returns—literally with his hat in his hands—to reconcile with Elliot. I’m not sure if that’s an entirely positive thing or not, in terms of Elliot’s psychology, but it was nice to get Christian Slater back after this timeout, and I think it worked in terms of the episode and where the show is going. A couple of hours is by no means enough time for Elliot to have come to terms with his trauma, but this isn’t the show suggesting that he has. This scene indicates, rather, that perhaps he needs Mr. Robot to go on.

One Perfect Moment of Violent Convergence

The other main plot thread returns us to the situation at Angela’s apartment, where Dom and Darlene have been snagged by Janice and the Dark Army. It’s a powerful scene, and Janice continues to delight as the closest thing in Season 4 to Irving.

At the end of the day, though, Dom pulls the knife from her chest to slash Janice, grabs a gun, and kills everyone like she’s John McClane or something (which, fair, she is an FBI agent). I don’t think Janice was wrong about removing the knife being a bad idea, so I am worried that Dom might die, but it sure was satisfying to see her turn the tables.

And it would appear that Deegan’s release was not something to be worried about in terms of posing a further threat to Dom, but rather part of her plan. She facilitated it so that he could help protect her family. Granted, he did that by barging in to their Christmas celebration with a bunch of guys in masking and kidnapping them, but it would seem to mean that her family is safe for the moment. They’ve been terrorized and probably have no idea what’s going on, but they seem to be at least momentarily out of the cross-hairs of the Dark Army.

Think about this, though: if Darlene had pulled the trigger as Dom asked, this would have still happened to her family, and who knows what Deegan might have done if he’d been unable to contact her. So, I’m not sure she’s been thinking coherently. Regardless, I’m curious to see where this goes next. If I were Whiterose, I’d certainly be calling Irving. 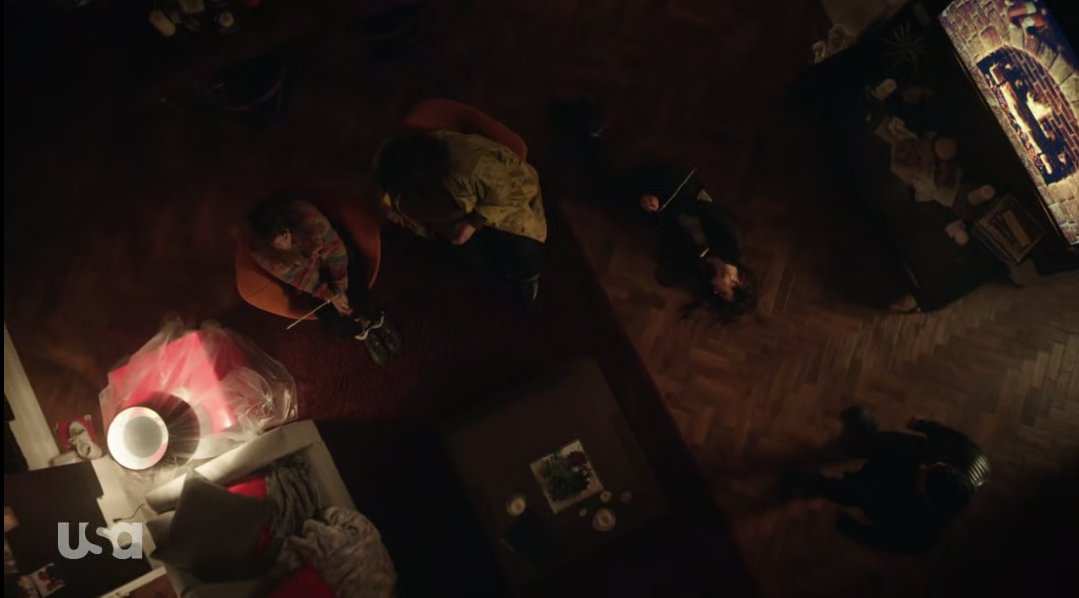 On the Same Side?

It’s worth bearing in mind that the Dark Army isn’t trying to kill Elliot at present. At least, Whiterose’s instructions were to bring him in so that she could show him they were on the same side. What might she show him? Would it be what she showed Angela and would we finally get to learn precisely what that was? Because I hate to say it, but I really kind of want to see that happen.

I struggle with the notion that the Dark Army hasn’t checked out that old Allsafe site where Elliot has set up camp, particularly when we find out in S4E8 that they have apparently been watching Dom masturbate in her own apartment. And they had a van in that area a couple of episodes ago, which could not have followed Elliot from the LES when he took the subway, so basically I am just a bit confused here. Is the Dark Army super competent and all up in everything in a terrifying way? Or are they not even thinking to check the place where Elliot used to work to see if he’s there?

Maybe I’m supposed to wave a hand at all of this because it’s a TV show, but if so Mr. Robot may be lowering in my estimation in terms of its greatness. So I still wonder if it’s something else. I hope we’re not heading in the direction of things all being in Elliot’s head, but I’ll also throw in there that it is pretty implausible that he overcame a forced heroin overdose that quickly and has been doing all of this with no sleep.

I have to trust that Sam Esmail knows what he’s doing.